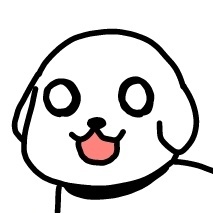 czxcjx Mar 14, 2015 6:26 AM
Wait if you like Evangelion then how could you not like Manabi Straight, which uses the same vein atmosphere setting techniques with just as much efficacy as Anno? And if you thought it was 'lacking meaningful character development' then I wonder whether we were even watching the same shows?

Anyway while I love the hell out of Eva too, it gets off-key on some of its characters when it relies too much on Freudian theories and crippling depression to back up its stuff. I think Manabi Straight is more balanced. Mikan is far from any normal "shy" person and Mutsuki is far from just a "cheerful tomboy". Likewise its more than just 'confidence through friendship' because they all work off each other in extremely subtle ways and its not just a one-way push like most other shows. In fact most of the time its the shyest character that tries to move forward on her own will or tries to reach out to another friend. The best parts come when Manabi is not the main focus. Even Manabi also has moments where she doubts her own ability to do things. (the realest shit in the world in terms of making characters though is still from the manga Inio Asano)

Well I can understand if you just can't stand those kind of slice-of-life feel good kind of style though. Surprisingly you haven't touched Yahari Ore no Seishun Love Comedy wa Machigatteiru yet even though that's probably the best at the kind of clique manipulation and social depiction of school psychology out there.

Blowfish May 22, 2012 11:43 AM
Holy Crap Dude! After more than 2 years I actually log in here and see you did sent a friend request to me.
I hope you didnt cry into your pillow at night because i didnt accept earlier XD

Joe00123 Mar 21, 2012 9:36 PM
Great review of Mobile Suit Gundam F91, I totally agree. Definitely a wasted opportunity by trying to condense so much story into two hours. Kinda sucks though that we'll never get to see how that story ends :/

dude3991 Jul 29, 2010 2:25 PM
Wow, didn't know that the director favoured the trilogy over the original! Thanks, will definitely check out the films instead now. Knowing me though, I'll probably check out the original one day as well. xD. Thanks again Chag.
All Comments