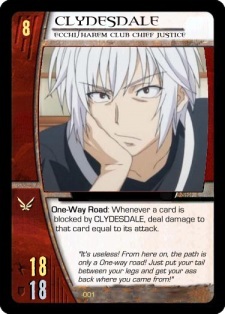 alinaokumura Oct 22, 7:27 AM
Ohh I see. History was never something I liked... but I did take Sociology in high school. Was interesting for sure. Ah that sucks maybe you can still learn it on the side?

That's nice, always a good feeling when you've found some friends you know will last forever.

Exactly lmao, I never liked harem anime because of that reason. It was repetitive and just stupid. I disliked how the male lead was always put down by the girls for no reason. Shoujo is nice but I feel like lately the newer ones aren't as good as the old 2000/2010's Shoujo anime. I do miss those. Shounen is always great esp in manga imo. I started out reading a lot of shoujo manga but now I only read it when I don't want to think too much about what I read. I like fucked up manga lmao basically.

alinaokumura Oct 18, 4:54 PM
Ayo, good for you. What did you study? Did you enjoy your time besides the women part? Lol

Ah I kind of understand. Learn something new everyday haha
Ohhh I seee. Makes sense. I guess I'm into that with manga?

It is, the opening was pretty sick. Looking forward to seeing more. A lot of people around me have read the manga before.

MALstinks Oct 15, 9:42 PM
nah i will pass. i only use mal for keep tracking of animes and comment on forums thats it


thanks for asking though.. however i might change my mind and ask you somewhere in the future to make me an officer/admin

alinaokumura Oct 15, 12:46 PM
Hey man, was going through my old comments and came across ours.

Been a few years. How've you been doing?

MALstinks Oct 15, 1:38 AM
well im semi retired from anime because of real life.. also im not an officer/admin or a creator of a club, im just a regular member in the 13 clubs that ive joined thats it..


You can close my threads after a week when you see fit.

Werewolverine4 Sep 12, 12:50 PM
Hey, is it alright to close the current thread. Do you want me to post another thread or does someone else wants to submit one?

Geulimja01 Sep 5, 1:44 PM
I do graphic stuff. At first, I felt uncomfortable sharing my preferences, but as I got older, I stopped caring. I read a lot Mahawas and they're pretty graphic. What part of California did you live at?

Werewolverine4 Aug 29, 11:53 PM
What are ya talking about? I ain't mad at ya! I can post it whenever ya ready. Although, I wanted to attempt it yesterday; however, it was on and off raining/thundering from 6:20 to 11 p.m.