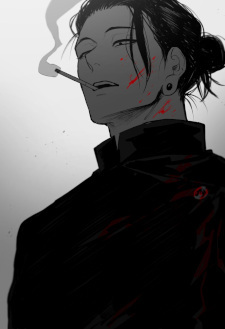 Leilana Jun 17, 1:38 AM
It's very unpredictable like that.
Haha it's okay. It's not like I am offended by it. Honestly after you watched so much of it, it becomes more difficult to find ones that stand out in some way.

That's why I don't really like rewatching stuff. It's usually not the same as the first time.
Ahh hmm yeah I'd say so, maybe even more depressing.

Depends on who I'm talking with I guess. Some conversations idc if they die out, especially if I have too many going on. It is always nice when others initiate the convo though. It actually feels like someone is interested in talking to you and thought about messaging you.
Not really cause I'd most likely be the one making the convo boring, but I will let the person know if it's hard to talk to him/her or if the person is giving really short responses and I have to pry stuff out. What do you prefer?

Tealius_Wolfheim May 6, 12:18 AM
> I do have to say though, House of the five leaves (Saraiya Goyou) is one of my favourites though.
I should check it out, when I will have more free time. It's probably going to be in the summer.

>What area in IT are you studying in paticular?
I'm a programming engineer - soon ending 2nd year.

>I ask because my current job is a developer
That's Cool!

>I was both a Systems Administrator and Network Engineer too
And how did you enjoy those job positions?

Can you give me some tips on getting better at coding?
The biggest problem for me is understanding the task. If I can't understand the task at hand it's hard for me to, like structure it step by step.
I study and study, but I know it's not efficient enough. I honestly went to this course because I thought I could learn and actually do something. The worst grades are in the programming lectures. But in the lecture where we have Databases learning MySQL,PostgreSQL I got
a mark 8 (I don't know what it would be in you're country, because I dot know you're schools grading system). Also we studied OS, how to connect multiple PC's, how to use OracleVM Box and there I got a score of 9. In math I got 7 and 8 we had 2 different math subjects. One more logical and the other where you had more writing to do. But yeah, I always feel looked down on. I took an academic leave, to try to sort things out it wasn't working out so great. My new classmates are extremely smart, almost 10's on every subject. But when they try to help me I jsut ont understand and that is why I have been moving away from them. Some of them don't even know me. :(

But if I don't go to Uni, I won't get a job and then I can't make money. My part time job is paying me 260$ a month for 4-5 hr a day, so +/-20-25 Hr's a week, or +/- 80-100 Hr's a month. Thank goodness I don't have to pay the taxes for the house. I live with my grandparents in the country. We live like 13 miles away from a smaller city. 25 miles away from the biggest one. We don't own a car. When we need to get groceries me, or sometimes my grandmother rive to the city with the bus that goes 3 times a week through our village. Basically that is it. I have not seen another human except my neighbours Basically my closest neighbouring house is 200m away, furthest 1.4 km. I see them sometimes in there property not in person though and grandparents for about +/- 2 months now, since the start of March.

Sorry If I was rambling at the end.Just had the to let it out on someone :)