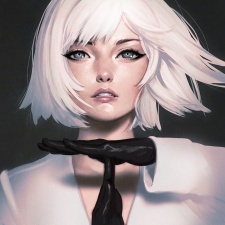 ~Thanks for reading and have a nice day~
☆A.G. Staff☆

[spoiler]
Hello, and Thanks for Reading Anime Guild's Third Newsletter!

After 11 months of existence we have finally started to get into the card game thanks to Sakamoto. Here is a link to her first edition. http://myanimelist.net/forum/?topicid=1413464 Our next edition will be our one year anniversary that will be coming out sometime after September 6th.

Speaking of Artsy things. We at the Anime Guild is currently looking to expand our Art Department. If you are interested then please follow the steps in this thread. http://myanimelist.net/forum/?topicid=1415242

We finally have started to hold events for our steam group as seen here http://myanimelist.net/forum/?topicid=1415425 So if your interested please make sure you join our Steam group.

Our last bit of news is that were starting to get into the later rounds of the 2nd Seasonal Openings Competition. The link to the bracket is [i][b]Here.[/i][/b] One match up is posted daily so make sure you don’t miss anything -.^. Our first Ending Competition will be started shortly after.

cbakesalot Jul 13, 2015 10:30 PM
that makes SO MUCH MORE SENSE. I'm working on the anime challenge as well, so after i make some progress on that, i'll take a break and download the manga so I can read it. :)
It's a shame that the gang isn't actually in the manga, because I really enjoyed them in the anime, i thought they added a little bit of family aspect, to Ciel.
I also believe (and I could be wrong here) that Book of Circus is meant to be watched in the middle of season 1, after episode 15. But I don't know anything about noahs ark.
I still need to finish Book of Circus, but I loved the show so much, and i really don't want it to end. q_q So, i will wait here forever in limbo, pretending somewhere happy in my mind that Black Butler will never end *_*

*ahem* Host club has been on my to-watch for a while now, it's my best friends favorite anime, but I just feel like (for her) I need to actually sit down, and give it my undivided attention to watch it. and I haven't found that inspiration yet.

Special A looks really good, and I will probably watch that one before the others, (and I'm still not sure I understand what you were trying to explain with Special A and maid Sama?) i'm sorry ^^'

I actually started Angel Beats a long time ago, (it was on Netflix I believe) and my dad was actually watching it. xD So i've seen a few episodes, but one day i went to work, and he didn't, and I think he probably just got ahead of me and I soon after forgot about it. I have a mental list of the order of anime I plan on watching, as well as my list on here, that contains ALL the anime i plan on watching. so I will not be able to hold a conversation with you about a lot of the ones you mentioned anytime soon XD

I honestly never thought about reading the manga for Kuroshitsuji.. I don't know why, but I seriously enjoyed the anime so much. And honestly, I didn't want the series to end, so I stopped and haven't watched Book of Circus, (i'm out of order i know :'c ) because I didn't want it to end, I'm a little stubborn when it comes to this kind of stuff. xD

So do all those characters not exist in the manga at all?? Then what is the manga, equivalent to the second season (idk if this makes sense) about? like if it's missing so many characters, what exactly is going on in the manga, that didn't happen at all in the anime?
I read somewhere that after the first season the anime just went on a different path, but I didn't know the changes are THAT much different.

cbakesalot Jul 10, 2015 8:04 PM
I think you should try adding some of the manga you've read onto your lost n_n a lot of people look for that, and I'm personally interested in trying to find some good ones to start off with, so I was going to sneak and look at your lost but there isn't one!! ;)
All Comments