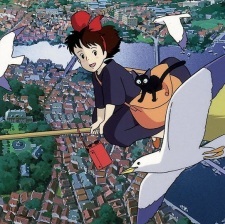 BL_NK Mar 20, 2016 8:34 AM
Really. looks like most of the fans couldn't take this normally. The manga's ranking went down to 42 from 21. Anime's ranking also went down to 10 from 6. It would be romantic if she also waited 15 years like his mother. Maybe the author wanted to say that no one in the world would love you more than your mother. I guess. :3

BL_NK Mar 20, 2016 8:15 AM
Your favorite charecter is hinazuki kayo. How was the shock in episode 11?
I wanted them to get together but looks like the author reminded us it's not a romantic anime. :3

kymo3 Mar 17, 2016 2:19 PM
hey, when you get a chance can you check out the anime spice and wolf (Ookami to Koushinryou)? I'd like to see your take on it as I've had similar views to some of the anime you've seen.

LouM Mar 13, 2016 2:05 PM
hello.i send friend requests for the sole purpose of seeing what people watch and maybe find new anime, do you mind if i add you?

BL_NK Mar 6, 2016 9:23 PM
Keep watching then. I started watching anime seriously from last year. I won't be able to watch many this year as I have important exams coming up. You surely will catch up.

BL_NK Mar 6, 2016 10:18 AM
I rate mainly on the plot as animation will only get better day by day. I can't compare a 90's anime with after 2010 anime for animation. Story is the only thing that transcends time.
Btw, I will watch mahou shoujo next as it is your top favorite. Anything else you can think of, that I should watch next?

BL_NK Mar 6, 2016 6:40 AM
Melancholy of s.h was about 'not so average' people living an 'average' highschool life. It isn't bad, has originality, charecters are interesting but the story isn't that strong. Dissapearance of s.h movie was nice, story was better. Still the stoy is similar to the stein's;gate movie. I really liked suzumiya haruhi's character though. Now, one of my favorite character.

Cupid Mar 1, 2016 12:57 PM
That's the spirit! I had originally assumed that I had contracted Ebola although, luckily it was only Malaria. I am however, deeply saddened to have to be the one to explain to you, that when a person considers a show to be "deep", despite the time travel having virtually no explanation whatsoever, and awards characters who make sandpaper look mysterious with a 10/10, they are tragically already infected with the disease known as 'stupidity/people who consider ERASED a masterpiece'. Take care, polar bear<3

Cupid Mar 1, 2016 11:55 AM
Please visit your local doctor as soon as possible. Unfortunately, there is no vaccine against stupidity. Stay sweet, parakeet.