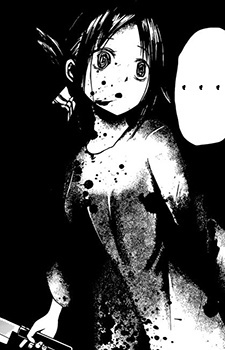 llilian909090 Aug 20, 2016 10:55 PM
Actually, Kaguya-sama wa Kokurasetai - Tensai-tachi no Renai Zunousen is one of my favorites too. It's pretty much the only manga i check for weekly updates (though i pretty much check it every other day :P). Although I've started to check Karakai Jouzu no Takagi-san now too, thanks to you!

mogu_ May 25, 2015 4:54 AM
That's probably because they're the main characters...but i know what you mean. Perhaps they'll get into more detail in a few volumes? And i'm pretty sure more of Shinoa, Mika and Yuu's background is in the latest volume of the LN

Huh, is you computer all right now OxO;; That's quite alot of stress right there.
That game is secretly yandere haha.

It looked up the series....wow it really isn't finished OvO. But they say that there's no info on when the 6th volume is going to be released. But considering the author's tendency to write stand alone novels, I think it'd be whenever he feels like it haha. I'll definitely buy the next one though! Thanks for telling me its not over. I sorta assumed....maybe it'll last until they graduate or something (but that's quite long).

The rest are specials or anime-only storylines

Yeahh, I agree! I think both Satoshi and Houtaro's characters are developed really well!

Ohhh you read the manga~ The online translations are ahead of where the volumes are so you're ahead of me already! It has a LN too but it follows Guren's generation and the backgorund of the world and everything. Did you like it?

I don't know both Archeage and Magicka. Perhaps I avoided PC games for way to long...do you uninstall them if you don't like them?

Ahh Kotenbu series? It keeps popping in and out of my favorites list (cos i need to make room for the other series i like). But I have read them all (though i only own the 1st volume, and the last two. I'll complete the collection another time > <. There's two cover versions. One with the photos of portions of a school, and a cover that has the anime character art on it. I actually like the original one so i bought that one. But yeah, the novel has alot of things the anime didn't cover, like Houtaro's thoughts, how he scored the middle rank with an average school in the midterm exams.... and the such. Though I still think the anime covered the content quite well. Do you like the series too?

mogu_ May 21, 2015 6:52 PM
Ahh that feeling! I know it too! All the stuff you read before the spoilers just go over my head haha. I did read mushoku (quite a bit into too) but sadly it wasn't my type of plot.

Nah i bought it.

I'm still in the middle of a schoolterm preparing for exams. But i tend to procrastinate. So now you have time to read and play? Mmo's are fun too! Which one?

Actually the cogs and stuff are just mentioned. There actually isn't any theory explanation about it what so ever. And i'm sure coggy can become a word ehehe~ and this is the first time i heard someone called Taito (Itsuka Tenma) suicidal, but thats....quite an adequate description OvO;; In the novel around 5~6, his past is revealed, and like....his powers go berserk (no not the revival ones). Honestly that is the only selling point of the entire series for me hahah...Itsuka Tenma is written by a different author, but the artist is the author of NGNL so....theres alot of talent shown right there > <

Ah sorry if that was spoiler. That stuff is already written on the website and on the back of the book anyways....so the plot is still not spoilt! > <

mogu_ May 19, 2015 12:18 AM
independant...sounds quite scary. But Karate club huh, are you good at it? And Kendo seems like a really good choice! I want to try it someday too ehehe.

Mor..ning...classes.....well theres one less person that will be attending those~ I don't think i'll be able to wake up in time hahah.

I initially thought that too! Some LN authors do post on their own sites, but quite alot of them get published through Narou I think. I'm not actually too sure myself. I just read there lol. I agree with the Kanji comment. If someone asked me to write half the kanji in my 'recognition' list i won't be able to write it (reading is so much easier!)

Ah what really....OvO so i'm up to volume 6 huh. If i remember correctly i'm up to volume 6 for Itsuka Tenma too....what a coincidence, same artist and same volume. And for Clockwork....the art doesn't do the series any justice! Well I didn't expect the rapid change of plot in the series either....

At first it seemed like a pretty fun series like NGNL, where characters could do their worst and the world would just have to deal with them mucking everything up. But it gets unexpectedly deep in some ways.
Umm....it explores how two 'geniuses' of different field are envious of one another, but don't recognize that they themselves have heaps of talent too. And one of them realizes that its hard for one person alone, to make a huge change in the world....as a result they decide to let the government destroy itself rather than act like a hero and save them.....<- combine that logic with a planet that is constructed with clockwork gears, a genius mechanic, 2 cyborgs, 2 super OP automata, idiot citizens, the government and a highschooler with an abnormal hearing ability...and there you have a plot.

I have never actually seen japanese epub files before > <;; All digital LNs ive seen are scans....i would like to see those one day though! Thanks for the info, ill look those apps up!

Well its more school-life / esp / mystery i guess. The 'going back in the past' is only known by the maincharacter in this point of time, and he doesn't know much about it either aside from the fact that no matter what he changes, he's still going to die when he graduates. There looks like there's some clues about the time rewind at the end of each volume though. 3rd volume is out this month.

And sureee~ you can eat it! But you'll get indigestion...Eheh
Basically its a webnovel site, that some LNs originate from before they take it down for publishing. Stuff like knights & magic, log horizon and mushoku tensei are originally from there.

Ngnl...i'm up to where Izuna meet Tet whatever that is. My brother actually introduced me to the series (the anime though) and then i came to realise it was authored by one of the authors of my favorite series (clockwork planet)
Btw, how do you read epub files? On your phone? Computer?

And i definitely recommend Aoi Haru! Though its kind of Slice of Life type...ummm...yea?

Language skills is all about memory, goodluck!

Heheh, the art is quite the selling point huh. Art then story, then maybe author? In that order. I cant really say i can read anything that catches my interest, like some very political series or some incredibly science related references are hard to understand....but yea, knowing japanese is quite convient if you're a LN fan huh.

And physical book...yea, if it has a physical book i rather get that, then read a digital copy. I'm not too fond of ebook and kindle programs, but ShousetsuNarou (you know that right?) is an exception!

I can see where you're going with persona 4...now that you mention it....-looks at the cover-

Ohh NGNL! I dont know if im up to vol 4 or 5...but it's suprisingly good! Do you read it online or do you buy it? (I hear it go licensed)
I didn't really like kokoro connect though, even if i like Ao haru no Subete...but i definitely recommend Mondaiji!

mogu_ May 17, 2015 2:07 AM
Wow following 12 series must be hard! Honestly i only follow around 5?
Well I usually buy ones that have good art + synopsis which come out at the start of each month, and follow it if I like the first volume haha. For only sense....yeah I'm up to volume 3 too....

Vol 1 of Occultic;Nine
And few pages into Ao to Kuro no Kyoukaisen and NGNL vol4...

Trying to make friends with some LN readers on MAL, so yeah

ReadOne_97 Dec 2, 2014 9:51 PM
Oh, I did download it long time ago but still finding time to watch it though~ Maybe this is the time? Eehh wait, Is Usagi Drop same as Silver Spoon? @w@
All Comments