Yi "Shioon" Shi-Woon's everyday life at Nine Dragons High School—which consists of beatings from fellow student Ho Chang and his gang—is far from ideal. But one day, a mysterious man named Han Chun Woo spots one of these beatings and instead of offering support, brands Shioon a coward for refusing to fight back, adding insult to injury. To Shioon's surprise, he finds out that Chun Woo is the new substitute English teacher at his school. Tired of the daily abuse, Shioon decides to enroll at a martial arts academy to learn how to defend himself. On the way there, he stumbles upon Chun Woo in a predicament—cornered in an alley by a group of angry men! Provoked, Chun Woo suddenly dispatches them using martial arts techniques, which Shioon covertly records. Later, he uses this recording to blackmail Chun Woo into teaching him to defend himself. Reluctantly, Chun Woo agrees, and Shioon is soon thrust into the world of martial arts, known as Murim. However, Shioon is naive and unaware of his master's shady past and the unseen underbelly of society. How will Chun Woo manage to teach Shioon and help him survive in the world of Murim? [Written by MAL Rewrite] 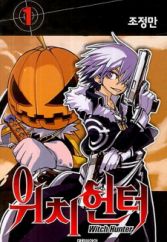 Witches suddenly declare war against humans, causing two-thirds of the world to fall apart. They summon monsters called "Supporters" and devastate human residences... but why? Survivors gather people with the power to combat the witches and called them Witch Hunters! Tasha Godspell is one of the strongest nicknamed "The Marksman" along with his "Jack-O-Lantern" looking Supporter. He fights the witches but cannot really bring himself to hate them... (Source: MU)

A young man finds and returns a lost wallet and cell phone to a beautiful young lady, thus begins the destined relationship between two strangers. Sound typical? Well then, how about making the young lady the young man's future homeroom teacher, and give them both a twisted sense of right and wrong. And just for kicks, let's have the young man help himself to a self proclaimed reward from the lost wallet before returning it… but of course, this scenario wouldn't be complete unless the young lady was very unforgiving when it came to teaching one of her students a lesson on morals. (Source: Infinity Studios)

Ruler of the Land

The Ruler of the Land 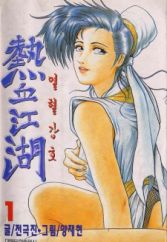 Ruler of the Land

Bi-Kwang is a handsome young warrior who becomes a drooling mess whenever he sees a pretty girl. Out on the road he meets an extraordinary swordfighter with no name who is searching for a legendary master warrior. Bi-Kwang promises to aid the swordfighter if he lets Bi-Kwang meet his beautiful sister. Of course, it turns out the swordfighter is the sister, Hwa-Rin Dahm, and she must switch identities to keep the plot moving along. Bi-Kwang is immediately smitten, and thus we have a triangle involving only two people. The story takes place in a setting in each side is trying to unify the Murim as a whole, and while this is taking place, Bi-Kwang who is extremely good at learning martial arts but doesn't want to learn it, gets into a deal where he takes the girl to see her grand father since he was the last person to see him before he disappeared and on the way he encounters many enemies and some friends (who show up from time to time) and he matures since he realizes why martial arts is so important and that he has been using it wrongly. 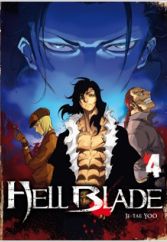 London, 1888 A.D. The entire city is consumed by fear of a serial killer known only as Jack the Ripper. He mutilates female prostitutes with extreme brutality. However, his victims hide a terrifying secret and Jack’s destiny is to continue hunting them down. 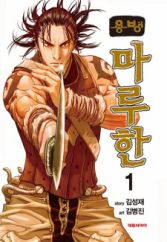 Mercenary Maruhan... the man who roams the darkness in the time of humanity's doom! In the ancient era of the super-continent, where no border exists between the East and the West—the race of Demonic Beasts begins an invasion against the human race, breaking the mutual non-aggression pact! And as humanity takes to the road to seek refuge, some gather to form the ultimate army for an attempt to kill King Rhode, the Chief of the Demonic Beasts... The intense story of one certain mercenary starts there!! (Source: MU) 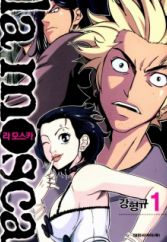 Kashoo, the incredibly popular confectionery and coffee company, produces the most addicting products. However, there is a mystery behind how the company obtains its raw materials. What lurks on the island from which they obtain their caffeine-laden goods? Just what type of contract are people who are hired to work on this island signing? (Source: MU) 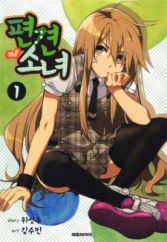 The antics of two high school girls: Kim Peongyon and Choi Boa. Kim, aka "Bias Girl," is a foul mouthed, overactive girl and idiot who has weird and strange biased ideas about people and things, and Boa, the smarter and saner of the two, who plays the straight girl every time Kim does anything stupid. 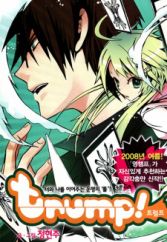 Jiyoung has been told about Trumps and the Rule to control Trumps from her maternal grandfather. When she goes to her new school, she encounters a super model that fights with a guy using special power that seems to be the one Jiyoung’ grandfather has been talking. Unfortunately she is involved to their fights involuntarily, and even meets them at her new school. She gets to know they are psychics called Trumps or Cards) who have special talents, mingling with them and she realizes she also has a special power. Is she also a trump or the rule? (Source: Diawon) 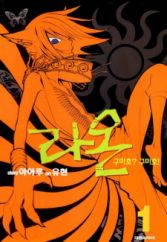 When the police discover Laon naked and hungry in the street, they aren't quite sure what to make of the odd little boy. How could they know that he is actually a nine-tailed fox... or at least he would be if he hadn't lost his tails in a bet? Now Laon is on a crusade to recover his missing appendages, if other spiritual forces don't find them first! (Source: Yen Press)

Baptist: Manipulated Age of the Gods 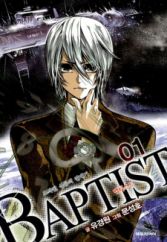 Baptist: Manipulated Age of the Gods 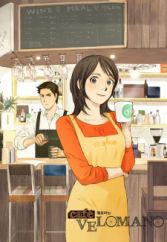 Taemuk han is a 39-year-old Barista who opens his own coffee shop. He likes being free and finds it hard to get the right woman. Yeoun Sun is a 28-year-old woman who wants to be a Designer and wants to be a cool career woman who spends her life alone. However, she can't get her career started and somehow ends up working at Cafe Velomano. (Source: ryColaa) 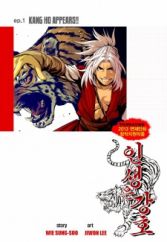 A mysterious young man who failed every test ventures forth. How will he make the world change? But wait, he's just a dork.