Catch up on the latest episodes of Classroom‚òÜCrisis. What do trade unions getting involved in labour disputes for underage workers on a Mars colony employed by a multi-planetary organisation, and beach episodes have in common? They are both in Classroom‚òÜCrisis! 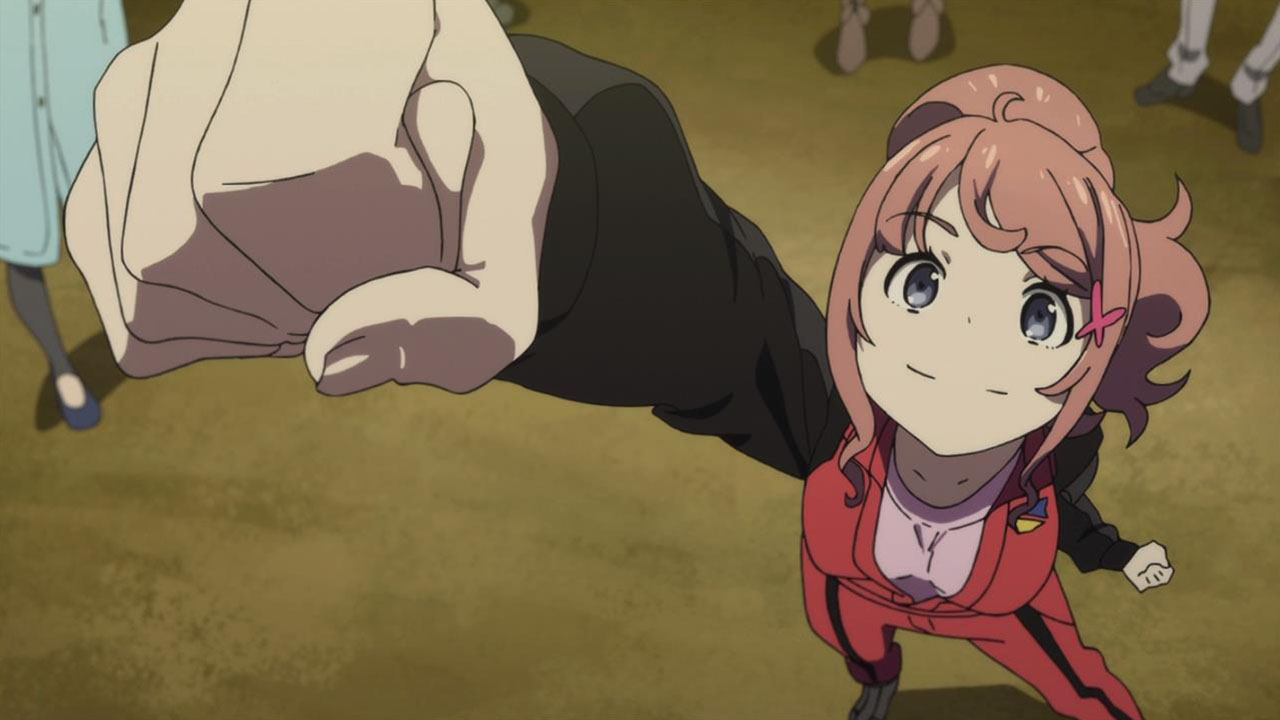 Classroom‚òÜCrisis decided to go through two of the most well worn anime episodic tropes in these last two episodes. In episode 4 they went with the classic workers union gets involved in labour dispute episode, a popular trope if there ever was one. Meanwhile in episode 5 they went with the slightly less common, at least in anime, beach and hot springs episode.

Often in anime when I see a bunch of grunts being sent to their inevitable demise wave after wave in battle, I find myself wondering whether any of these guys have decided to bring up these issues with their trade union. Surely there's a union out there for those people who are assigned pilots of the production line mechs provided by the private military organisation who all get crushed by the heroes in as obvious an outcome as the sun rising. Well finally an anime actually took this route and saw Sera Kaito go to his trade union to bring up the issues they've been having with their new boss. 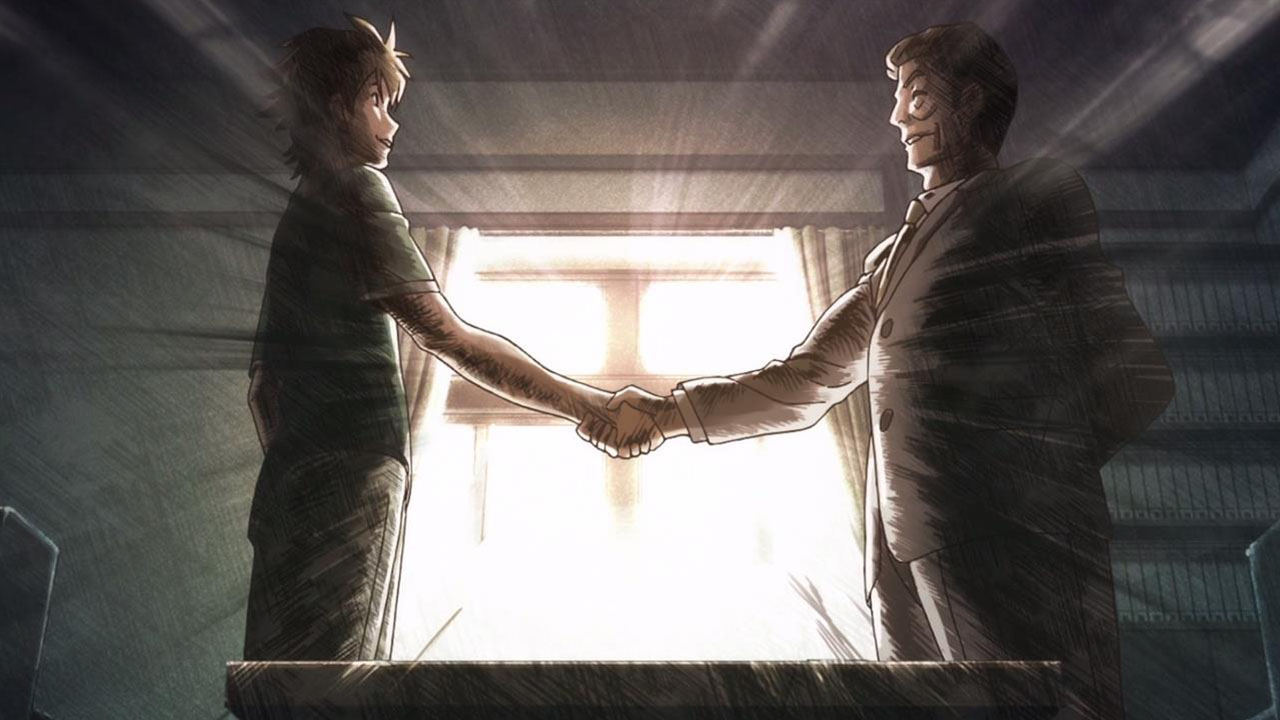 On the one hand, Sera absolutely has a point here. You'd be hard pressed to find a trade union that wouldn't be able to put up a good case for the extreme lengths the new boss of A-Tec has gone through to force them to quit. No generous severance package in sight, just good old fashioned forcing people to move on by giving them not enough resources to actually do their jobs. It's like companies sending people off to work in their Siberian plant when they're trying to get rid of troublesome workers. Plus it's not like they've done a particularly good job of hiding that driving A-Tec into the ground is their intention with these latest moves.

On the other hand, Sera Kaito man, you really don't seem to understand the situation you are in. That money doesn't come from nowhere. Stand with your hands on your hips and boast all you want about how you got one over on your superiors is all well and good, but it's still part of the company you work for. Sure, if you want to get one over on your mean sister, you could hide a dead rat in the fridge. But it's still the fridge you use too so that dead rat is your problem too. 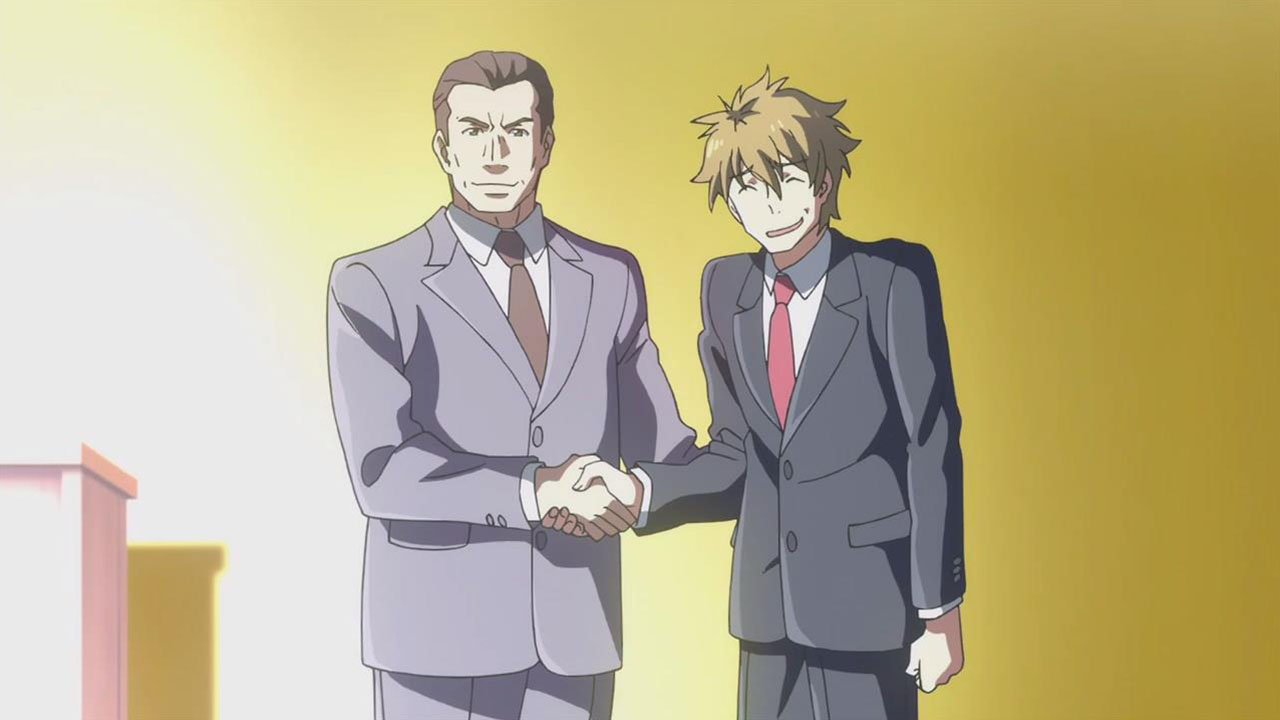 Anyway, it all ends up moot as the trade unions are, unsurprisingly, not very good at actually supporting their workers. No, I'm not talking about using the politician. That's fine. Sera can just spin it as he's using the politician to get what he wants rather than the other way around. The politician is campaigning for tax breaks for the space flight industry which would lighten the load on A-Tec and generally be a good thing for Sera. Hardly a man Sera should be fighting against. No, rather I'm talking about how pathetically easy it is for the union to have their rules circumvented with a simple promotion. Surely you guys should have thought of that earlier?

So after an intense labour dispute complete with campaigning, political maneuvering reminiscent of Legend of the Galactic Heroes (I was waiting for Sera Kaito to do the Yang Wenli move of simply saying "hi" and leaving), and board meetings, we move to the only logical progression for such a storyline: Beach episode! Is this also part of the contract the people at Lay Duce had to sign to get this anime made? On top of having their workplace drama anime having to include high school students, were they also required under Section 5, subsection D, paragraph 2 that they must include a stereotypical anime beach and hot springs episode, no matter how out of place it might seem? 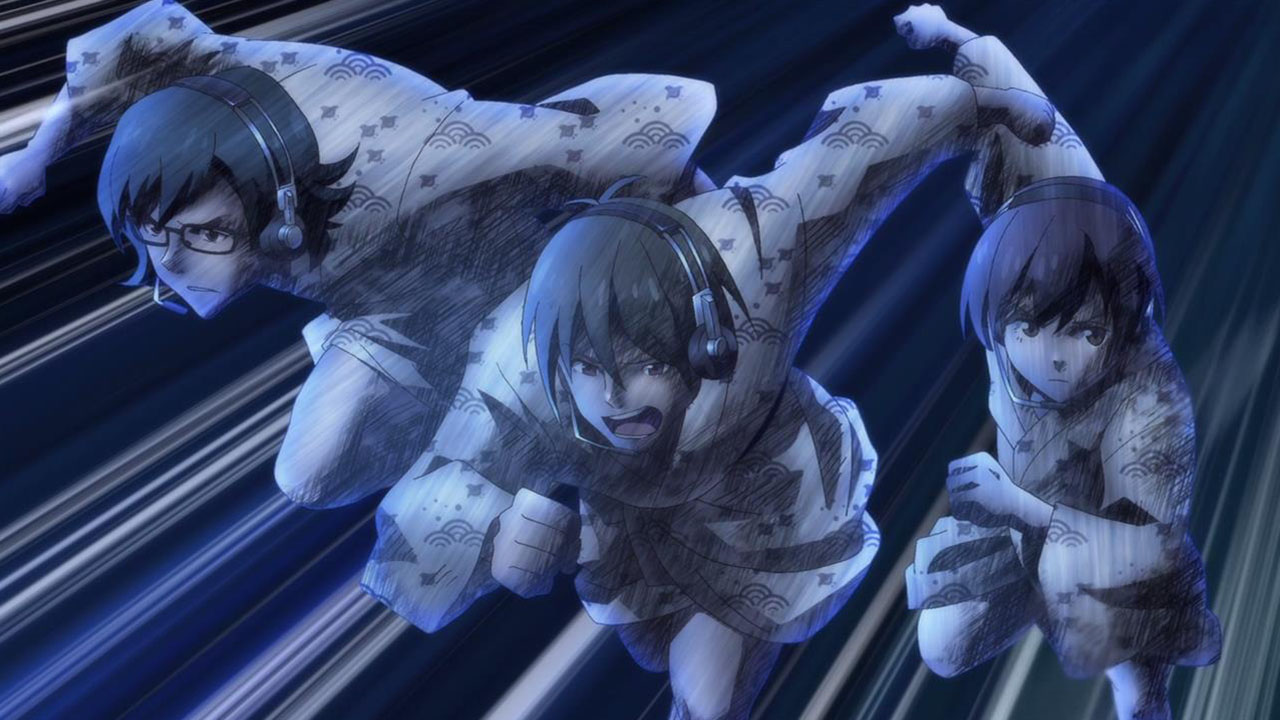 Be amazed as characters start singing karaoke. Be enthralled by the amazing animation on display as we see nothing but panning stills of girls in swimsuits for a solid minute. Be confused as to how a tiny wooden stick used to hold a hot dog is powerful enough to pierce the screen of a laptop. Be aroused as we see the boys all sneak around attempting to see the girls all naked in what must be in breach of company guidelines at the very least. Be amused as the walls between the two gender's respective hot springs collapses and they all see each other's privates. Then once you've done all that, get out your spreadsheet and cross Classroom Crisis off the list as another anime that failed to do this episode as well as Full Metal Panic Fumoffu did.