Haruhi is a Girl? 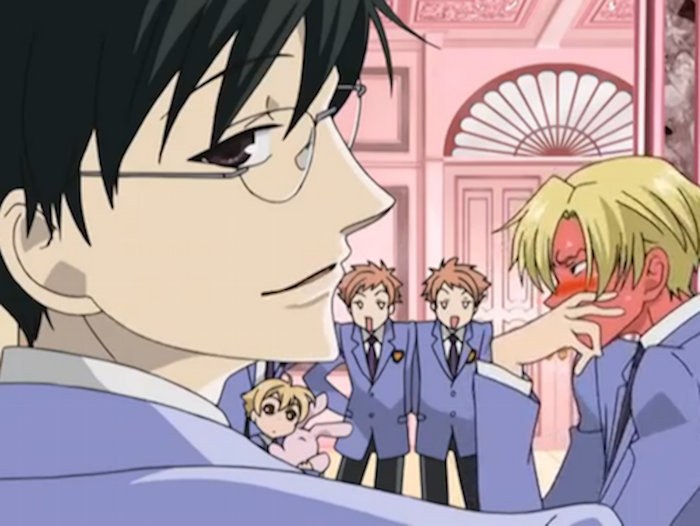 I’m sure if you put a tomato next to Tamaki’s face, the tomato would pale in comparison. 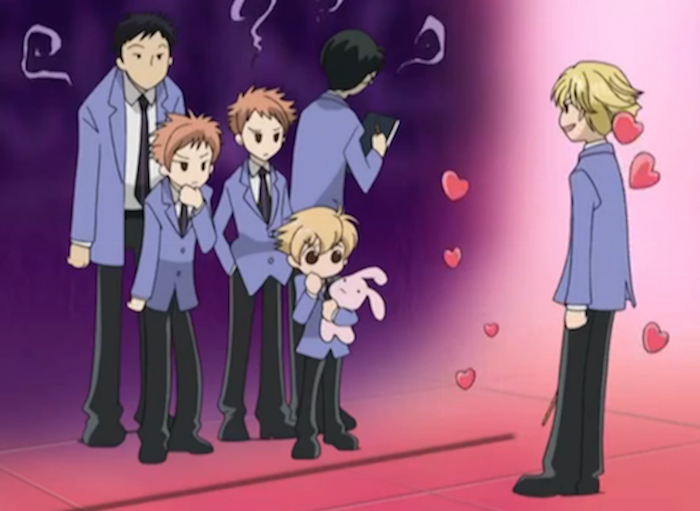 Yes Tamaki, this is a romantic high school comedy and you and Haruhi are the main characters, but your “homosexual supporting cast” might beat you for saying so. 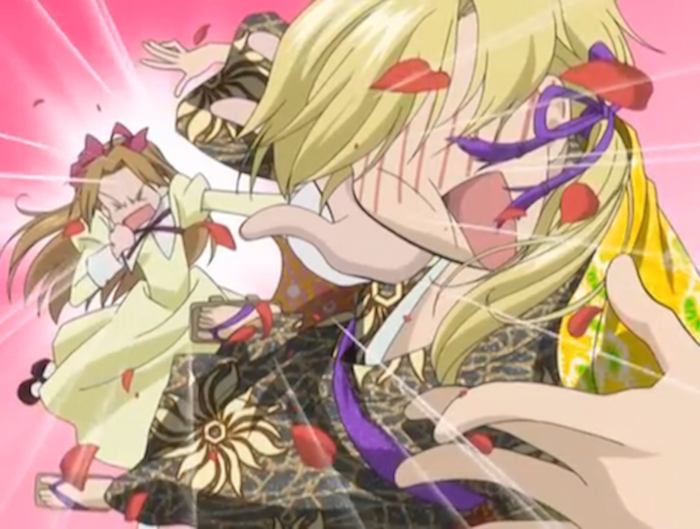 Upon first meeting the Ouran Koukou Host Club, Renge shatters Tamaki’s ego by calling him phony. If you count Haruhi, this makes two girls who aren’t charmed by Tamaki. Tough year for our favorite flirt. 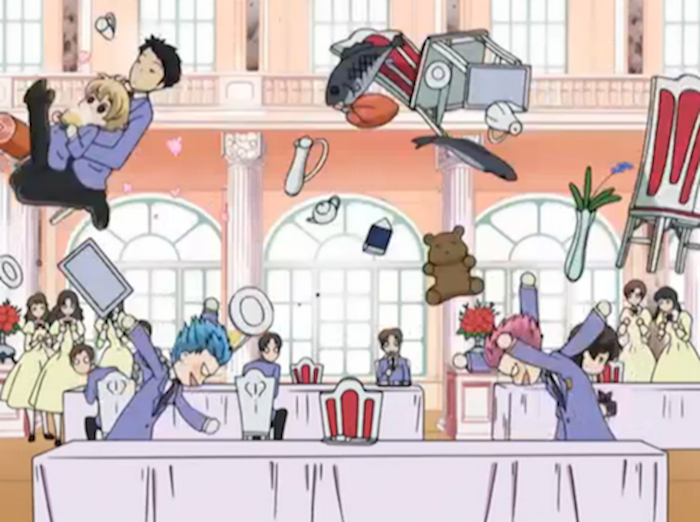 Be sure to keep both your personal items and yourself out of the way when these two fight because anything close to them will become a projectile. 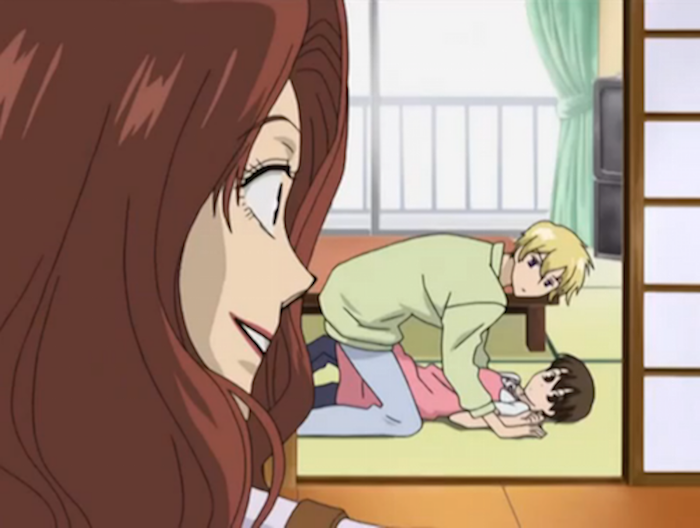 Meeting the parents of your crush is terrifying, but imagine tripping and landing on top of your crush right as her father walks in. Poor Tamaki didn’t know what to do, not that he could have done anything to begin with. He had already made it on daddy’s “to kill” list...

What Won’t They do for Haruhi? 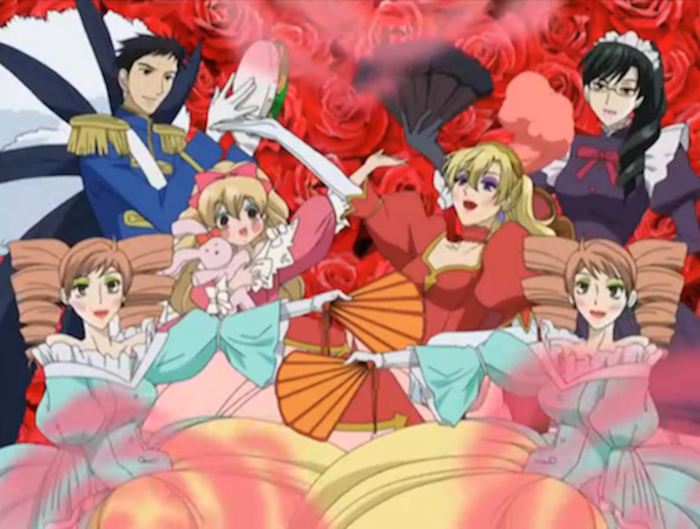 Haruhi is invited to join an all-girls school, so obviously the Ouran Koukou Host Club has to dress in drag to convince her to stay. After all, who wouldn’t want a group of handsome brothers that cross-dress as “beautiful” sisters?

When The Demon Lord Wakes Up 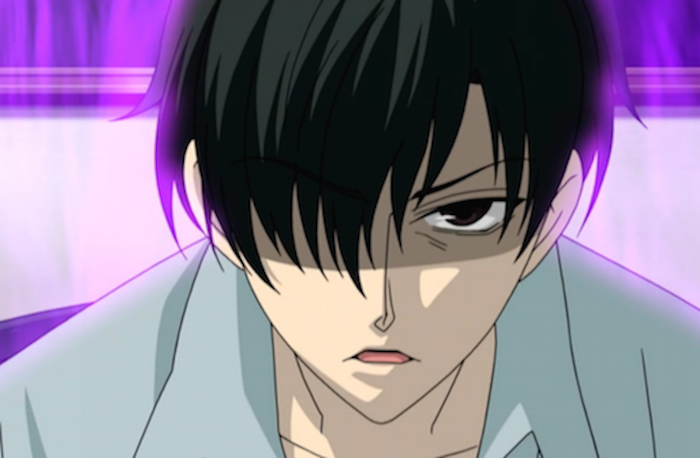 As if waking the shadow king wasn’t enough, Tamaki decides to drag a sleeping demon lord to a commoner’s supermarket and leave him alone with no cellphone or wallet. That is one risky move! 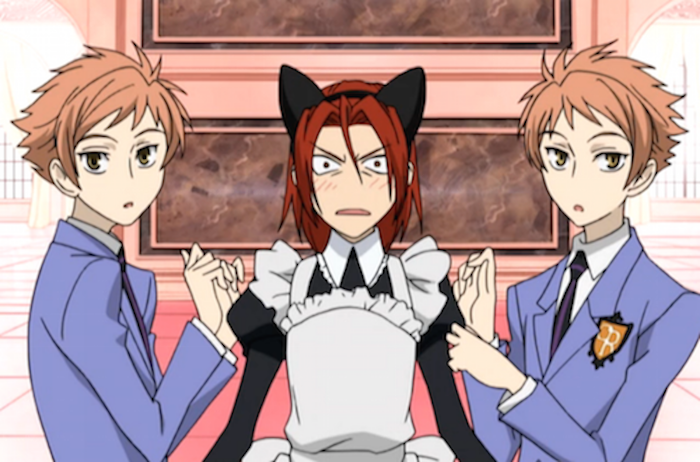 If your henchmen gave you weird looks for your last outfit, just image what they'll do with this one Kasanoda. 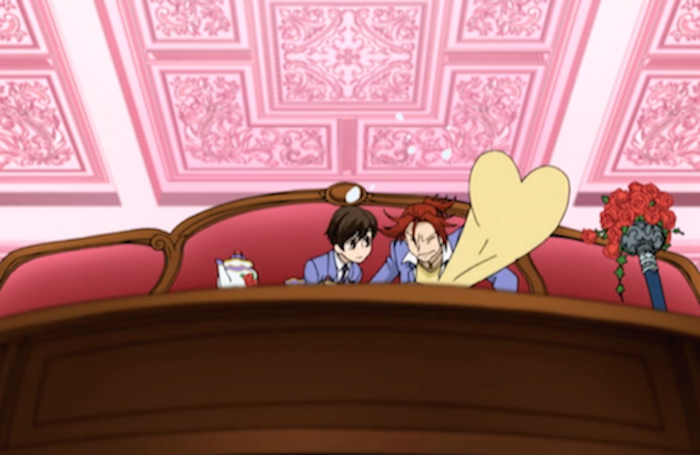 Haruhi’s secret is out, but thankfully Kasanoda has no problem keeping it. But to Tamaki and the twins' despair, Kasanoda has fallen for Haruhi and has started to hang around the Ouran Koukou Host Club just so that he can spend time with her! Tamaki’s mental state is pushed past the limit with this one.

So Kyouya Met Him 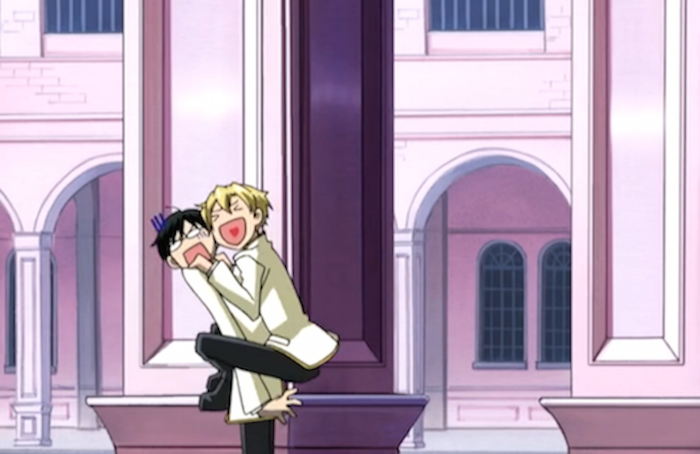 It doesn’t help that Tamaki is demanding unreasonable things, but he gets so depressed that Kyouya feels like he has to find a way to accommodate him. How have you not managed to kill him yet Kyouya? You’re a model of patience to us all.

Ouran Koukou Host Club is about a high school girl, Haruhi, who attends an elite private school. Due to an accident involving a vase, she now owes the host club more money than she can ever afford. To repay her debut she must work for the host club as a male host, even though she is a girl. The situation in itself is ridiculous and mixed with the unique characters, this show is nothing less than hilarious! Please be sure to check it out!