Blast from the Past: Music from Digimon

The original 90's Digimon music will soon return for the upcoming Digimon Adventure Tri. Welcome back your favorite digital monsters and characters as well as some classic catchy tunes! 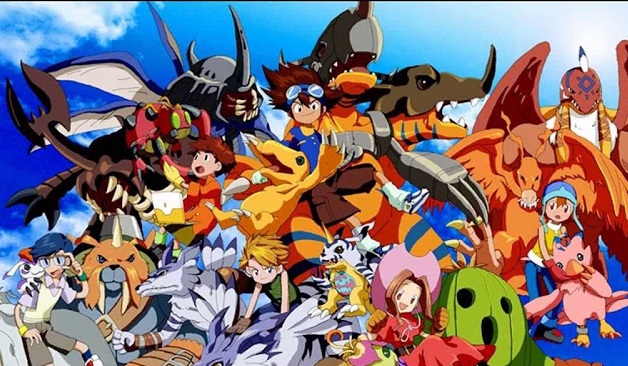 As a sequel to the super popular Digimon show, the new series welcomes back the original 8 children, as well as the original theme songs. On the official website for Digimon Adventure Tri, it was announced that the singers for the original songs of the anime would return along with the songs Butterfly, Braveheart, and I Wish. If these song titles don't bring some type of nostalgia to you, you probably grew up with the Western adaptation of the anime featuring the ingenious lyrics "Digimon, digital monsters, Digimon are the champions". Whether you grew up with these songs or not, this beautiful music will definitely light the Digimon fire in any fan's heart! 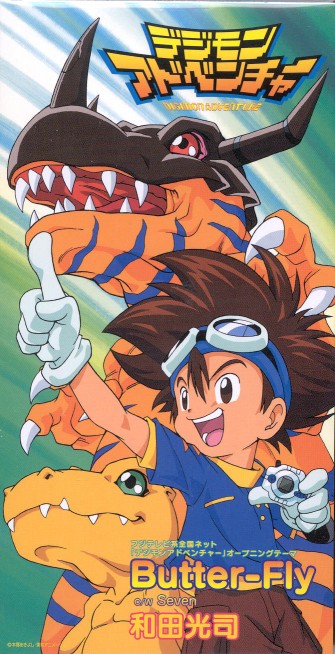 Butterfly is a powerful rock song, sung by Koji Wada, and was used as the opening theme song for Digimon Adventure. It is a strong song with an anthem-like chorus that pumps up viewers. With grand guitar riffs and smooth synths, the song was synonymous with the 90's. Lyrically the song uses a metaphor about a butterfly to express a person's growth and evolution in life, as well as the importance of having faith in yourself. Even though someone may have "awkward wings" (ぎこちない 翼/gikochinai tsubasa) as a newly transformed butterfly, they can still fly to success. It's an incredibly uplifting and empowering song that makes it absolutely perfect for this anime, a show filled with ups and downs! 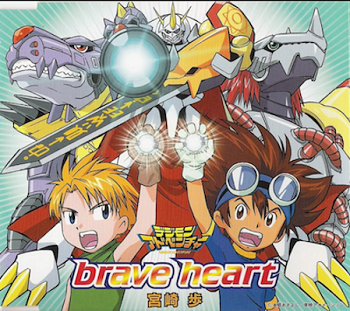 Brave heart was an insert song in the original Digimon Adventure anime and was mainly used for background music during Digivolutions (evolutions of Digimon). Like Butterfly, Brave Heart is an uplifting, pop-rock song, and it is performed by Miyazaki Ayumi. As an insert song, there are many important bittersweet moments that fans link to it. One of the best moments that featured this song is when Patamon finally Digivolved into Angemon. The encouraging nature of the song and its lyrics were always properly emphasized during battle scenes. As Brave Heart always accentuated and inspired the ideas of never giving up and always aiming higher, whenever it came on, the Digidestined would usually prevail against their greatest opponents and manage to pull themselves through harsh situations!

I Wish by AiM 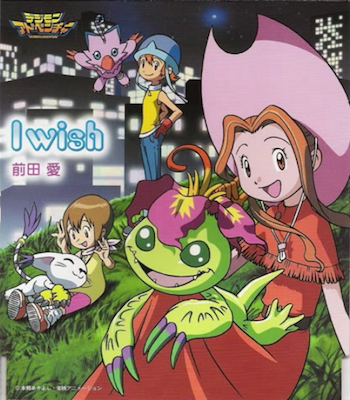 I Wish was the first ending theme for the original series and is sung by AiM (Ai Maeda). It's a soothing and friendly pop song that is similar to songs from the 90's J-pop era. AiM also played a role in the anime as the VA for Mimi Tachikawa and had her own solo insert song in the anime Itsudemo aeru Kara. Mimi also got to sing the ending theme "I Wish" in episode 25 when she had to wake up ShogunGekomon. In the ending theme, animation consisted of a nighttime cityscape in the foreground, while in the background, pictures of the Digidestined and their Digimon would appear. It has been confirmed that for the first part of the Digimon Adventure Tri series, I Wish will be used as the ending theme.