Ouran Koukou Host Club and the Importance of the First Kiss

Ouran Koukou Host Club is a beloved reverse harem series. And for good reason－it is not only packed with comedic moments, but also uses anime clichés in new and fun ways. As the theme songs says, prepare to "kiss, kiss, fall in love!" 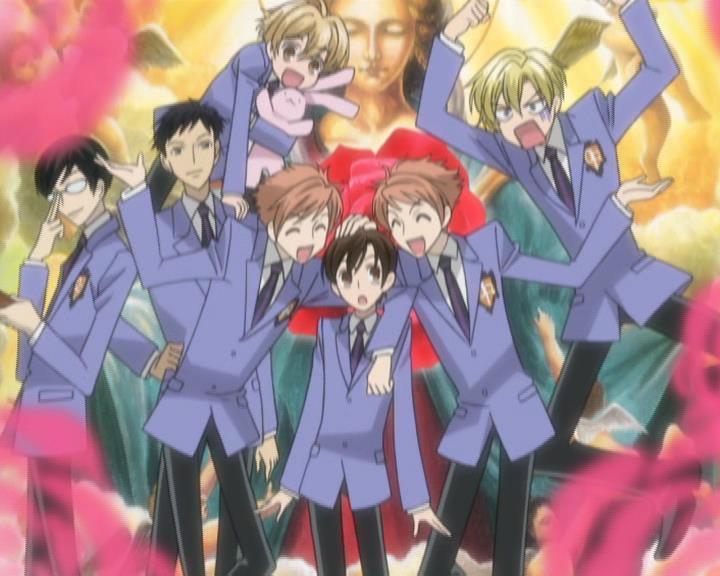 All the members of the Ouran Koukou Host Club

Ouran Koukou Host Club is the amusing tale of a girl forced to work as a host to pay off her debt after she breaks a valuable vase.

Kiss scenes often hold great importance in romance anime. Yes, this may be the understatement of the century. Ouran Koukou Host Club is no different in how kissing is seen as of immense significance to character development and the plot, but it does by no means follow the usual pattern. Instead of that tedious build up between the main character and their love interest leading to the crucial moment in the final episode, the kisses in Ouran Koukou Host Club happen much more casually.

In the second episode, at the dance party put on by the Host Club the best dancer is going to be crowned queen of the ball. Lots of incidents transpire during the ball, but at the culmination of events, Tamaki falls into a massive panic upon witnessing Haruhi's accidental first kiss. 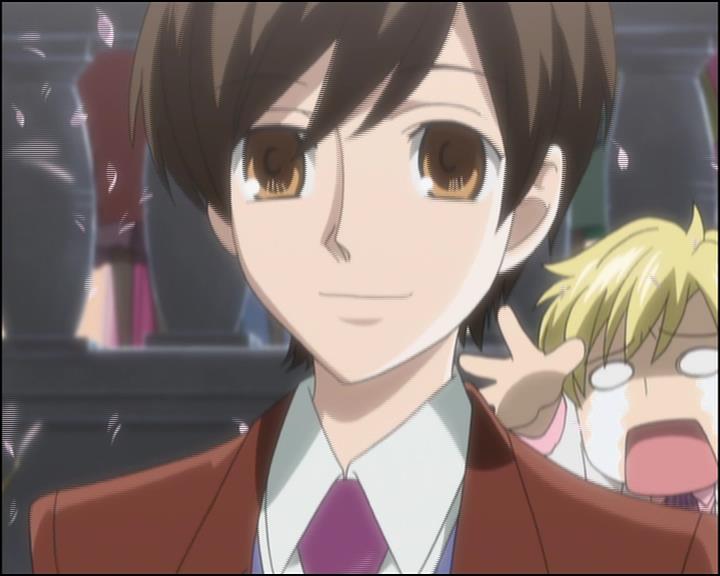 A calm Haruhi and traumatised Tamaki after the kiss

After the fiasco, Haruhi recovers quickly barring some initial embarrassment, and is by no means traumatised at all. But Tamaki is in utter despair. His reaction to the bungled first kiss is quite telling, not just of his own as of yet unrealised feelings, but also of that ubiquitous idea of the 'perfect first kiss’.

So, our heroine Haruhi has had her first kiss by accident. But unlike Mei in Sukitte Ii na yo or Shizuku in Tonari no Kaibutsu-kun, Haruhi is not the one freaking out. The general pattern here is after the incident, the girl gradually realises she is in love. This does by no means happen to Haruhi, in fact Tamaki is the only one acting oddly, and this only amplifies as the anime continues.

"I Just Wanted to Preserve Those Lips"

This happens later in the series, after Tamaki has been sent into another one of his spiral of emotions. Upon questioning from the other Host Club boys about why he was so protective of Haruhi, he answers 'I just wanted to preserve those lips', and is still obviously completely oblivious of his own true feelings. 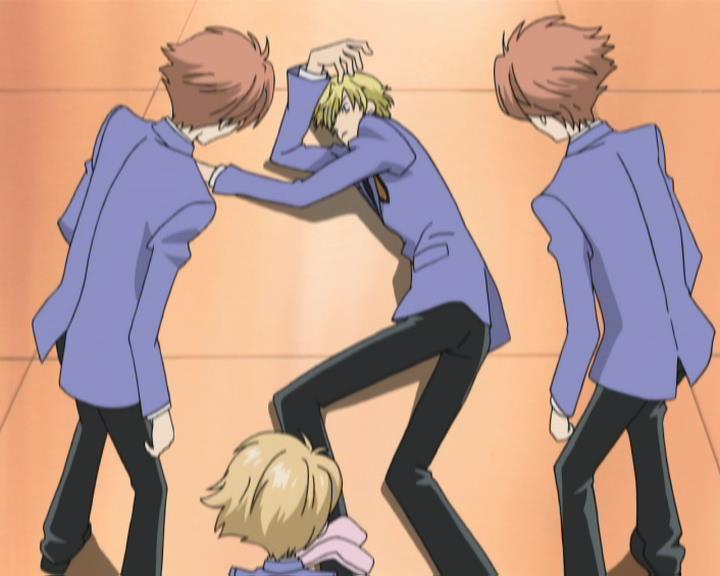 Tamaki in his depression

Even though the main female character doesn't react in quite the usual way, kisses (and a first kiss especially) are still in general regarded as of immense importance, and the themes of purity and the ideas of some kind of perfect romance remain. Within this strange environment of the Host Club, the vast importance Tamaki puts on Haruhi's first kiss becomes more clear, and indeed goes some way explain Haruhi's comparative indifference to it.