Six Reasons to Engage in Battle in One Piece

In the anime One Piece, Luffy, a pirate from East Blue and the protagonist of the story, travels with the intention of becoming the Pirate King. This journey is filled with numerous epic battles. Ever wonder what the reasons behind them are? Keep reading to find out! 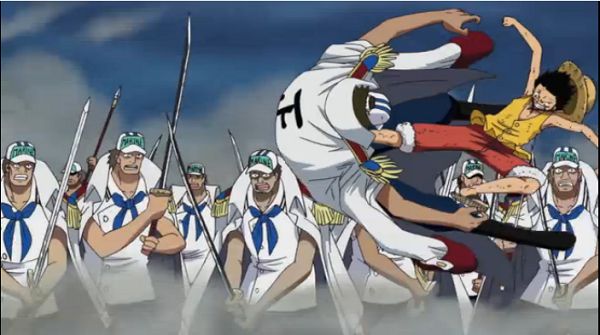 Why do humans fight each other? Why do countries engage in battle? There’s no easy answer for these kinds of questions. Nowadays, many people discuss if there is any morality in battling. Some equate it to crude violence and therefore despise it, arguing that humans can use dialogue and reason for conflict resolution. Meanwhile, others think that there is honor and value in some kinds of confrontation. One Piece belongs to the Shounen genre so, obviously, the characters always choose to fight each other (practically speaking, the main plot only advances after Luffy defeats a powerful rival), instead of reasoning their differences in order to solve any kind of disagreement. So is it only for the violence? Is there any deep reason for these characters to engage in battle? 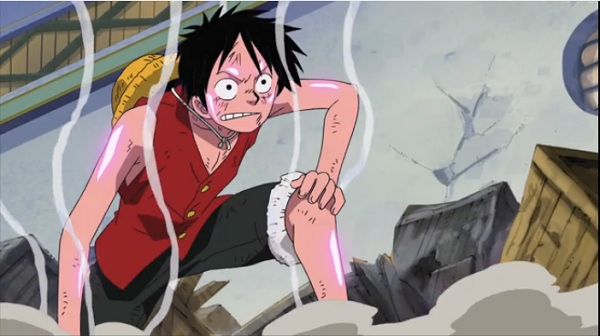 Luffy became a pirate because he wanted to be a free man. Liberty is his principal value and the main reason behind anything he does. The Straw Hat’s captain desires to go where he wants to, become friends with who he wants to and explore every inch of the ocean... because he wants to! In a few words, he doesn’t like any kind of prohibition. For him, to become the Pirate King (and to sail the whole Grand Line) means to have freedom; being that so, this dream doesn’t have to do with any kind of world domination. Therefore, Luffy fights those who wish to restrict him, or his friends, from enjoying adventures as free people. He doesn’t care if you’re from the World Government, the Revolutionary Army or the Shichibukai; he is okay with you just so long as you don’t threaten his main desire. Even though there are other specific reasons for him to fight, liberty is the most important of all.

To fulfill their dreams... 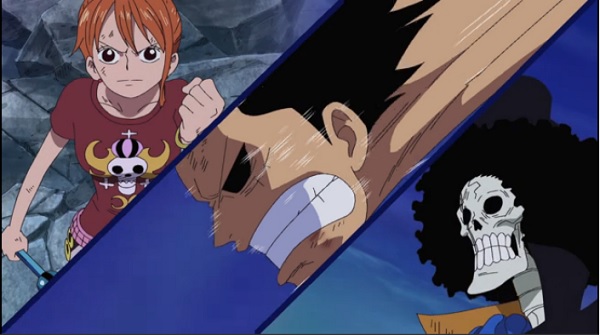 One of the main characteristics of the Straw Hat Pirates is that each of them has a dream to fight for. Their objectives are different as some wish to become the strongest at something, while others seek knowledge or hidden places. However, they all share one mutual belief that following Luffy is their best chance to achieve their goals. Being that so, they won’t hesitate to engage in battle if it means helping Luffy become the Pirate King, or if it helps them to get closer to their dreams. 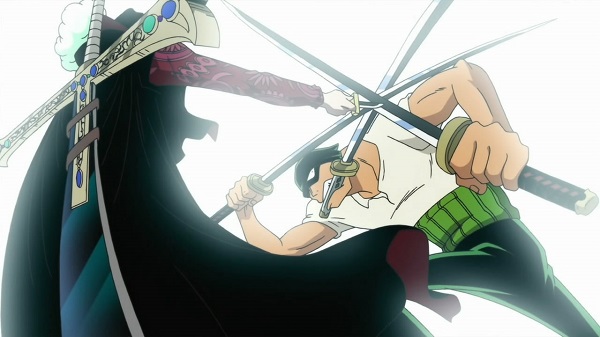 For example, Zoro desires to become the strongest swordsman in the world because he promised it to someone special, but he also has expressed his intention to fulfill his dream in order to help Luffy achieve his own objective.

To protect their loved ones... 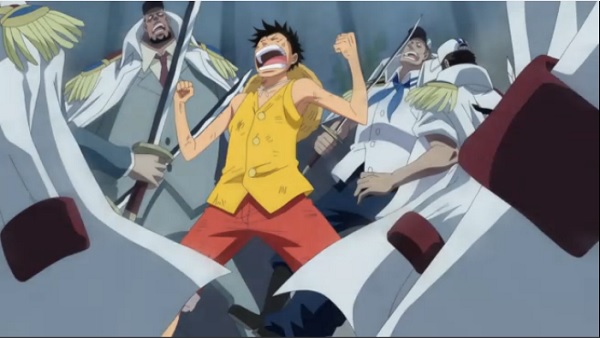 Friendship is one of the main values promoted in One Piece. The true strength of the Straw Hats, as a crew, comes from the fact that they are all Nakama (comrades). Also, they’re sure that they won’t fulfill their individual dreams unless they do it together. Doing harm to a crewmember means doing damage to all of them. Therefore, they will protect their loved ones from anyone who wishes them no good, even if it means declaring war to a big and powerful institution like the World Government. 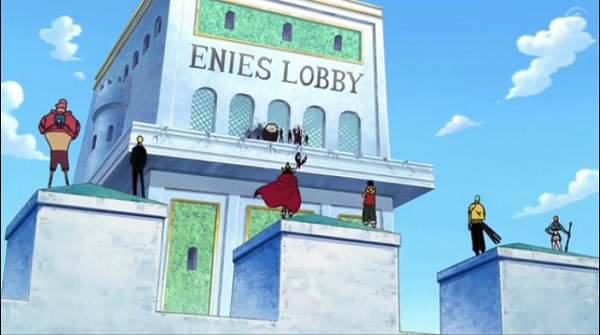 For example, the Straw Hats fought the Cipher Pol. in order to protect Robin. Another example is when Luffy participated in a war against the World Government with the intention of saving Ace from death. 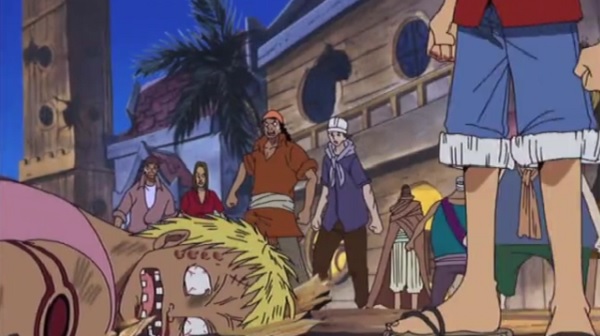 Unfortunately, vengeance becomes an option because not everyone can be saved or protected. During the Sky Island Arc, Luffy accepted being punched by Bellamy without putting out any kind of resistance. But after this pirate beat Cricket and stole his gold, the captain of the Straw Hat Pirates didn’t hesitate to fight him in order to recover his friend’s treasure. 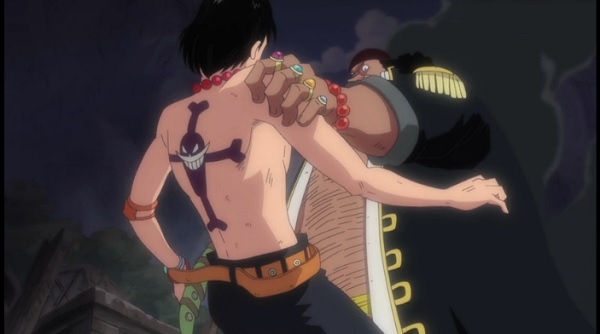 Besides the Straw Hats, there are other pirates that value friendship above all. Ace made it perfectly clear that he was searching for Blackbeard in order to fight him. This is because he had committed the worst crime of all… he had betrayed and killed a nakama.

To impose a perspective of justice 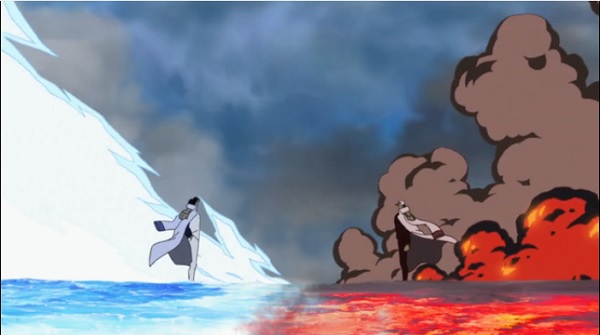 Justice is not a big concern for the Straw Hats, unless it has to do with their personal life. But, for some of the admirals of the World Government, this concept is the reason behind what they do. Naturally, there are different views or perspectives about justice, which has lead admirals, like Kuzan and Sakazuki, to engage in a battle of epic proportions. As a result of this fight, Punk Hazard’s ecosystem was radically transformed.

Sengoku represents another example about the value of justice. This character abandoned his position as fleet admiral and stopped fighting because he wasn’t comfortable with the justice implied in the decisions made by the World Government. 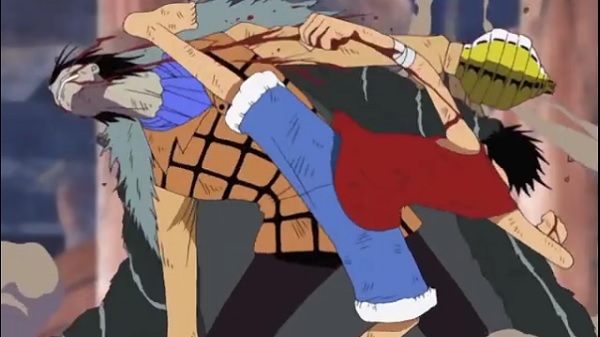 Practically speaking, this is the “bad guy” section because the majority of the Straw Hats' rivals have the intention of ruling a specific country, or even the whole world. While Luffy and his partners, seek only to be free and to fulfill their dreams. The bad guys wish to put people under their rule. They represent the exact opposite values so, naturally, the tension between them is huge and causes them to fight each other. 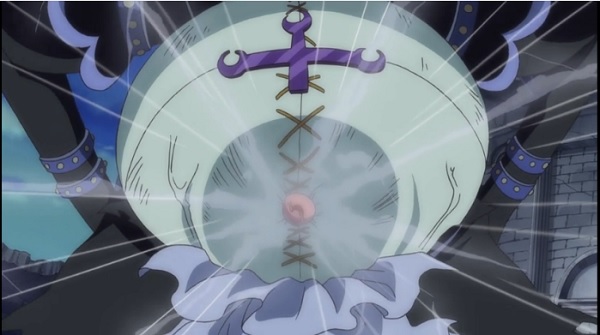 Usually, these characters display a narcissistic personality and they don’t mind hurting or lying to people in order to achieve their objectives. Being that so, for most of them, even their crewmembers are no more than pawns (although that’s not the case for all). Some examples of this are Crocodile’s plans in Alabasta, Gecko Moriah’s army in Thriller Bark and Donquixote Dofflamingo’s rule in Dressrossa.

One Piece shows us that battling is more than mere violence. This series teaches us that fights are deeply connected to values like friendship, honor, freedom and justice, but also hatred, vengeance, narcissism and domination. Every character in One Piece has more than one reason for engaging in a battle, but some motivations seem to be stronger that others.