Bear in mind, this information pertains to the Bleach anime only and excludes the advanced content of the manga. 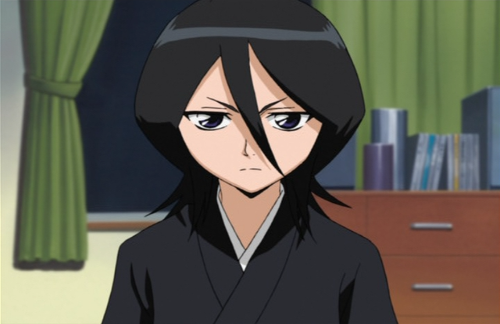 The Soul Reaper who kick-started the series by surrendering her powers to help Ichigo Kurosaki save his family, her actions shook both the living world and the world of the dead. Rukia Kuchiki is often dwarfed by her companions and peers in size to the point that they could use her head as an elbow-rest. But every single time there’s a threat that needs to be addressed Rukia is there to help—whether in Karakura Town, Hueco Mundo, or the Soul Society.

Rukia is skilled with Kido and possesses a Shikai Release with her zanpakuto, Sode no Shirayuki, allowing her to command ice in the form of dances. She can also proudly boast that she defeated a member of the Espada under her own power. These feats allowed her to ascend to the rank of Lieutenant in the 13th Division by the final arc of the anime. 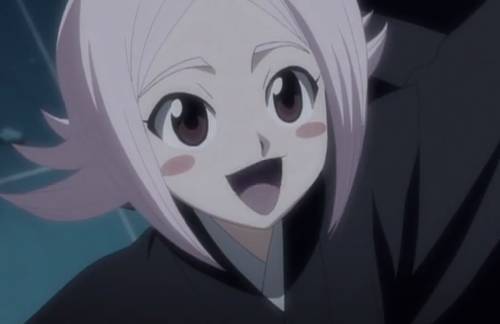 A bubbly, pink-haired girl who’s not even four-feet tall yet revels in the slaughter of her partner’s enemies, Yachiru Kusajishi is the Lieutenant of the 11th Division and has held the position since Kenpachi Zaraki became the Captain. He found her as a baby in one of the outermost districts of the Soul Society, a lawless place where only the strongest can survive. As though she was enamored by the sight of blood coating his sword, Yachiru was drawn to him and has been at his side ever since then.

Yachiru is fast enough to outpace many of her peers and strong enough to lift Kenpachi Zaraki, one of the tallest men in the series, with a single hand and without breaking a sweat. She has no sense of fear when it comes to battle and, as childish as she may be, she fits right in with one of the roughest combat squads that the Soul Society has to offer. She can hang around the toughest of them all with a smile on her face. 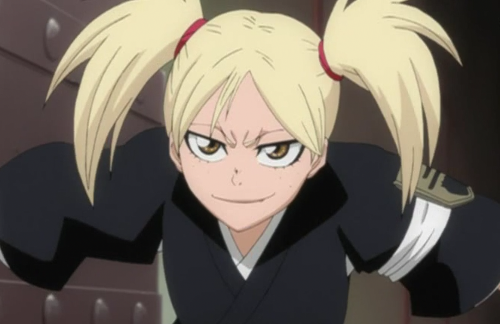 A tomboyish girl that embodies the phrase ‘tiny, but fierce’, Hiyori Sarugaki is one of the most aggressive characters and a Visored—a Soul Reaper who has the powers of a Hollow. Prior to the machinations that led to her becoming a Visored, she was the Lieutenant of the 12th Division and worked alongside two other Captains. She’s very brash and tends to be rude to even her allies, an attitude that remains to this day, but she doesn’t back down from a fight when the time comes.

Having been a Visored for over a century, Hiyori is skilled with the use of her Hollow’s powers and augmentations. She uses the excess strength and speed to back her fighting style that matches her temperament, indulging in the use of the Cero technique as well. However, her short-temper often gets the best of her and the consequences tend to put her out of the fight. 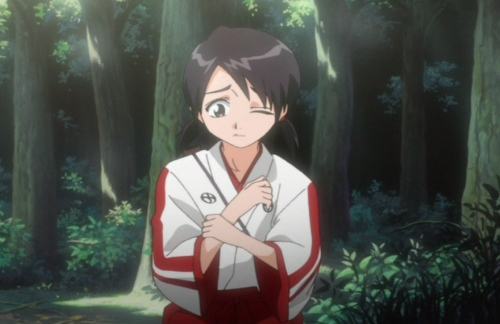 Coming in at under five-feet tall, Momo Hinamori serves as the Lieutenant of the 5th Division. Loyal and dutiful, she rose to her rank in service to Sōsuke Aizen and admired him more than anyone else in the world. His betrayal left her shattered in body and mind, but the moment she recovered she took to the battlefield once more to stop him from accomplishing his goals. Though the events afterwards transpired against her, she nevertheless managed to recover and return to duty.

Whereas most of her companions are skilled in swordplay, Momo is a Kido-user of unparalleled talent. She’s also a battlefield tactician, capable of melding Tobiume’s ability to create fireballs with planning and traps to gain an edge. While others may use brute-force, she prefers catching her enemies off-guard and turning the tide of battle to her favor. 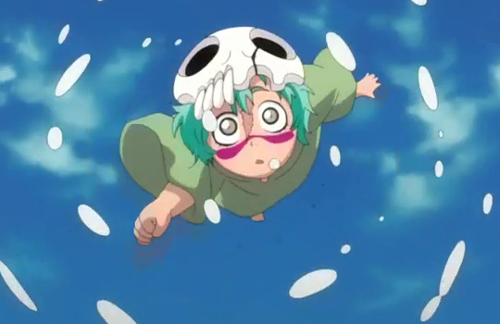 A self-admitted masochist with a playful nature, beneath that young exterior beats the heart of a dignified and powerful warrior. Nel is the former 3rd Espada and an Arrancar—a Hollow that has gained Soul Reaper powers. She was attacked by Nnoitra, a fellow Espada, constantly and defeated him every time without a second thought, refusing to kill him until he went after her friends and subordinates—Dondochakka and Pesche. The resulting ambush left her in her current form and without her memories until Ichigo’s battle against Nnoitra triggered her return to her former glory.

In her child-form she boasts impressive speed, healing vomit, and is capable of swallowing an enemy’s Cero and sending it back, though it tires her. Once her power returns, she proves that her former rank had been earned by easily toppling her opponent. It was only her inability to hold onto her adult form that cost her the fight, but there’s no denying her skill.

The word "boku" is traditionally a personal pronoun used by boys or young men, but occasionally you'll hear a girl or woman use it. These women are known as "bokukko". Read on to find out more, and see some examples of classic bokukko!