Psycho-Pass: What a Wonder is a Gun!

In the dystopian future of Psycho-Pass, justice is served by using Dominators, guns designed to measure the "Criminal Coefficient" of targets and respond accordingly.

"What a wonder is a gun!
What a versatile invention!
First of all when you've a gun...
Everybody pays attention!"

Psycho-Pass presents a future where the law is enforced in accordance with the psychological judgments of the mysterious Sybil System. Using the Dominator Portable Psychological Diagnosis and Suppression System, law enforcement's given a scan of a target that calculates a "Crime Coefficient", a number rating how likely the Sybil System thinks they'll commit a crime, and which then unlocks specific modes of attack. However, the accuracy of these Crime Coefficients creates moral dilemmas; victims in distress often get identical psychological readings as actual criminals! The Dominator can only shoot in the hands of an authorized user.

The Dominator gun has the following four modes: 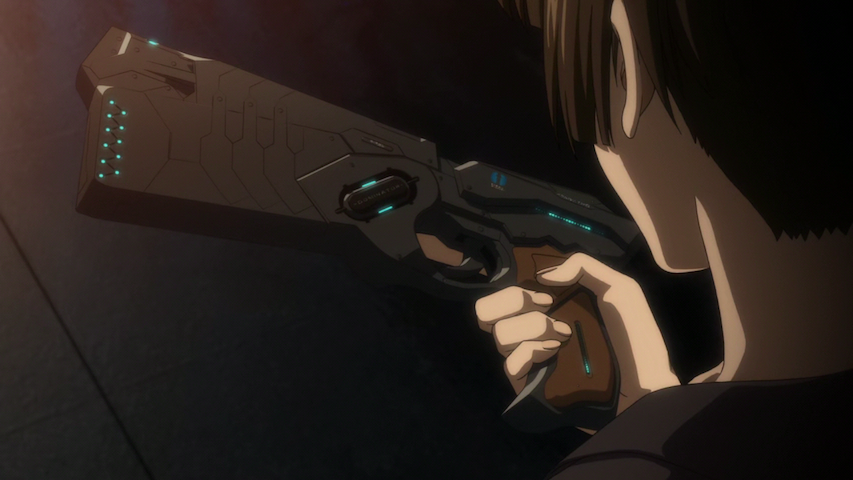 The Dominator's stun mode activates when focused on a target with a Criminal Coefficient over 100 points. 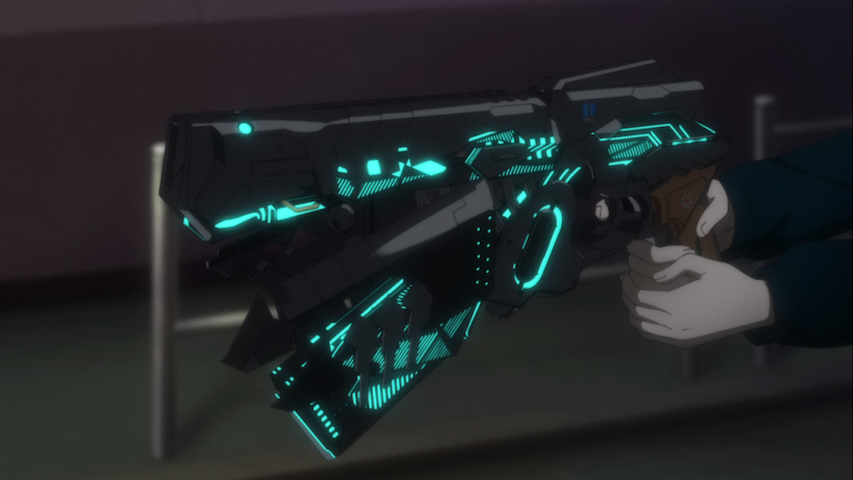 On a target with a Criminal Coefficient over 300 points, the Dominator transforms and can make people's bodies explode! 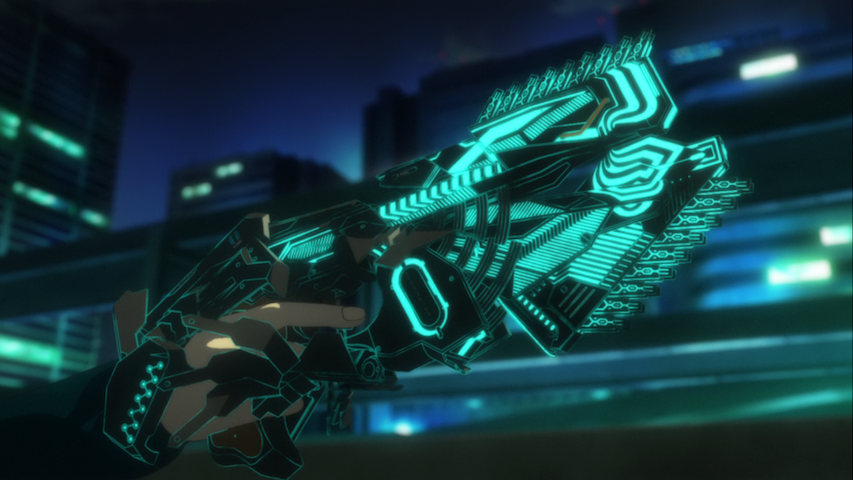 The anti-material mode of the Dominator is even more powerful. Designed for shooting at non-living targets, it's still lethal to living ones. 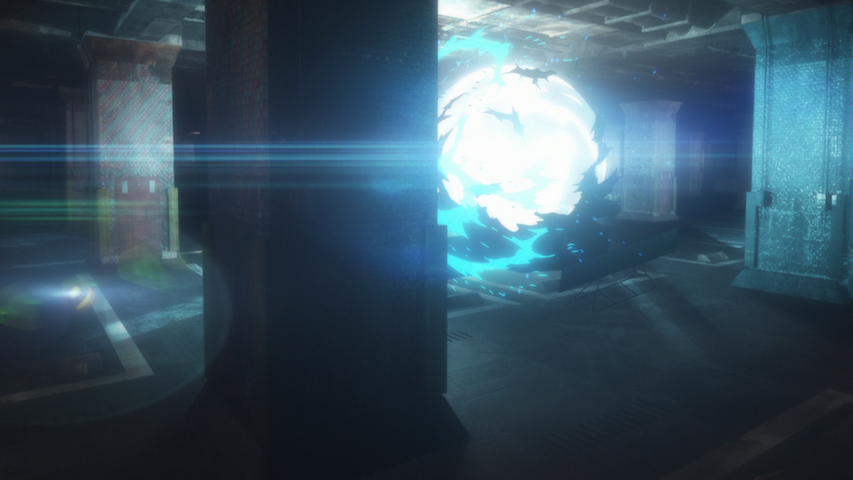 This supercharged attack, introduced in the movie, has a range of 50 feet before exploding.