InuYasha is probably one of the most famous anime series in the world. It is full of action, magic, demons and funny characters. Here are some of the funniest scenes that will definitely make your day brighter! Enjoy! 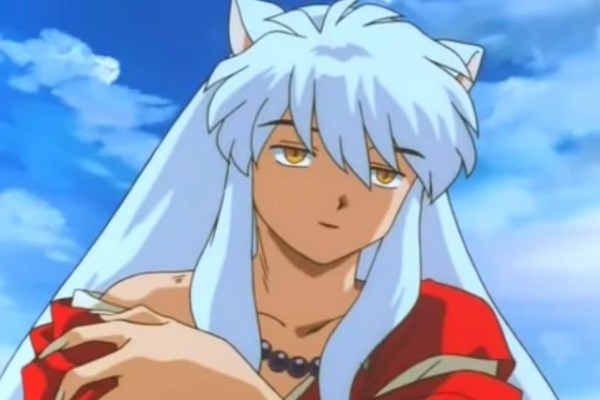 In episode 65, Inuyasha gets possessed by a female flea youkai named Shouga and starts displaying strange behavior - jumping around like a flea and chasing after Myoga. The funniest moment is when he becomes flirtatious and starts taking off his clothes in front of Shippo who becomes more than scared by Inuyasha's changed attitude. Shouga is after Myoga who is not very fond of marrying her, so he ends up running away from her again. 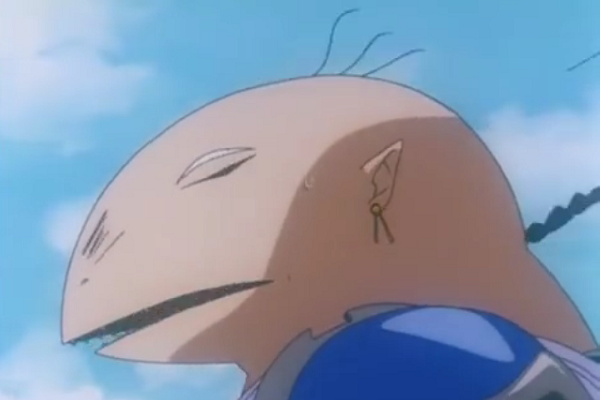 Kagome gets kidnapped in episode 9 by the Thunder Brothers, Hiten and Manten, who murdered Shippo's father. They may be brothers, but they do not look alike at all - Hiten is handsome with long black hair while Manten looks like a lizard with three strands of hair on his head. The funny part is when Kagome knocks two of them out with her sacred arrow which sends Manten in a frenzy of violence.

Inuyasha has a thing for dead girls 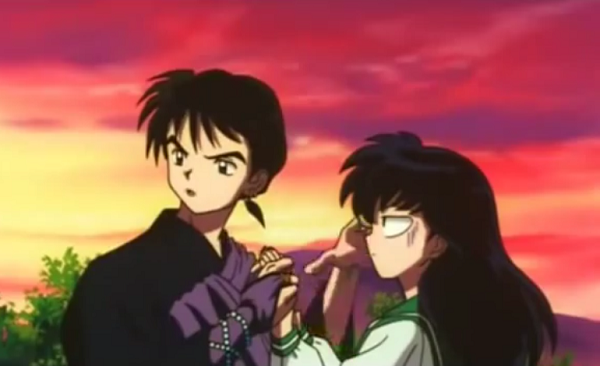 The flirtatious monk Miroku appears for the first time in episode 16 in which he asks Kagome to bear his children which, of course, makes Inuyasha angry. However, when Miroku assumes that is because he is in love with Kagome, Inuyasha rejects the notion by saying that she is only a jewel detector. That is when Kagome burns him with her famous statement that he's got a thing for dead girls anyway, referring to Kikyou.

Inuyasha bursts in on naked Kagome 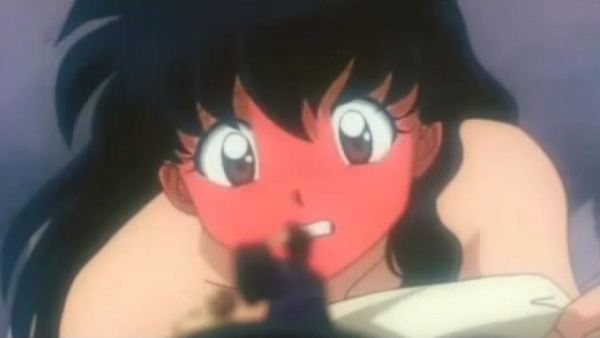 In episode 58, while Kagome is bathing in a sake bath with Ninmenka fruits, Inuyasha (in his human form though) bursts in, worried that something may have happened to her and sees her completely naked as she stands up to greet him. Even worse for her, Shippo and Miroku, in their tiny modes, happen to be hidden in Kagome's uniform the whole time, also getting a sneak peek!

Kagome and Inuyasha are missunderstood 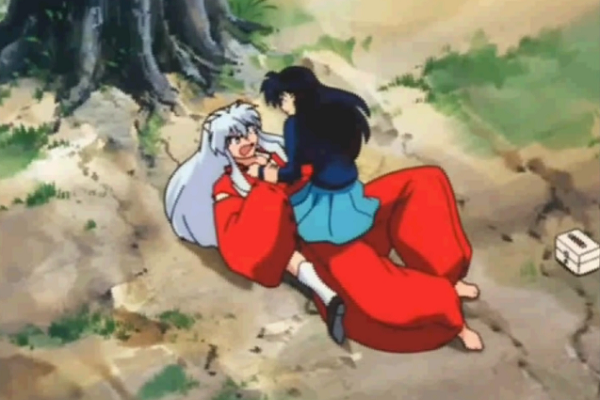 Kaede is really surprised when she encounters Kagome and Inuyasha in this position during her afternoon walk with the village children. Kagome is trying to force Inuyasha to take his clothes off so she can check on his wounds, but Inuyasha is being stubborn. The funny part is when Kaede blocks the kids' views so they would not see them in a "compromising" situation. 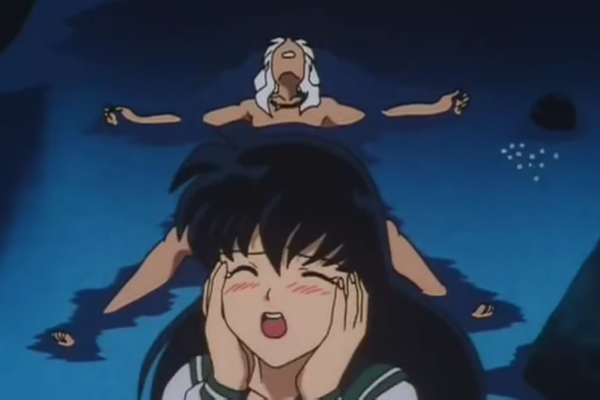 In episode 79, Inuyasha and Miroku pass out in a hot spring due to Jaken's mischievous doings, and Kagome sees naked Inuyasha floating around. The whole episode is very funny, not only because of this scene, but also because of Jaken's desperate attempts to make his master Sesshoumaru proud. 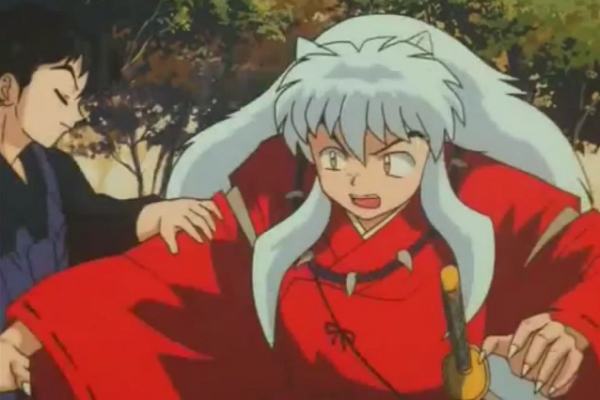 It is not unusual for Inuyasha to get looked upon by others in a comical way, and this time he gets mistaken for a cat demon by the villagers, which is apparently a big insult to his ego. Miroku tries to help out, but he soon realizes that sometimes violence is a better choice than words.

Kouga gets carried by Inuyasha 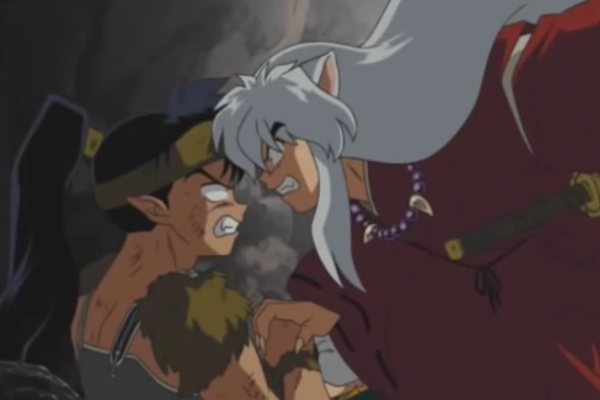 Kouga and Inuyasha cannot stand each other, mostly because they are both interested in Kagome. When Kouga is badly injured, Kagome asks Inuyasha for help carrying Kouga to a safer place. When Kouga wakes up surrounded by Inuyasha's dog demon scent, he goes into a frenzy of anger and it seems that Inuyasha cannot stand his wolf demon scent either. Their bickering is super fun to watch!

Jakotsu hits on Miroku and Inuyasha 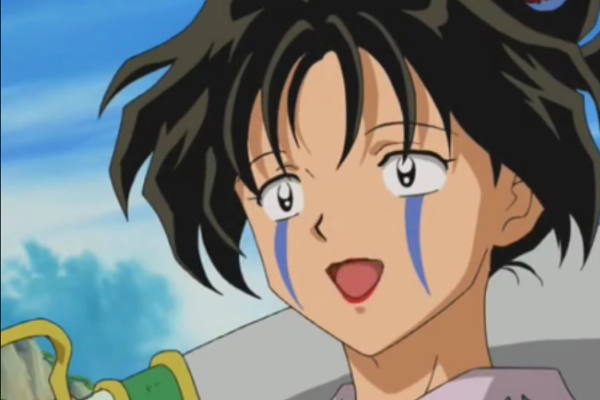 Jakotsu is the homosexual member of the Shichinintai (Band of Seven) who becomes drawn to Inuyasha in episode 102 while fighting him. He even comments on his "cute" ears and compliments Miroku for being sexy and handsome. Inuyasha and Miroku become more than eager to battle him after his advances.

Inuyasha gets confessed to 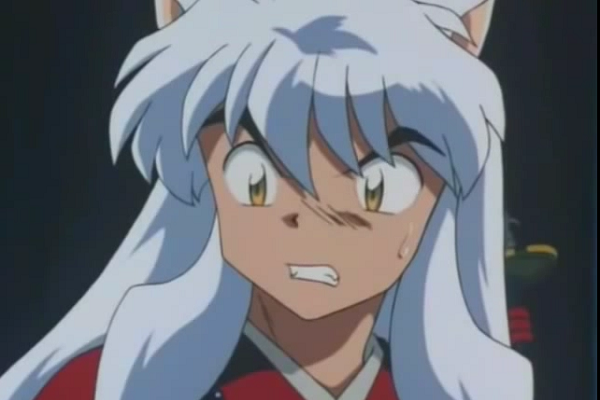 When Kagome's younger brother Souta tries to "practice" on Inuyasha saying aloud his love confessions, they get interrupted by Kagome who is more than surprised. Apparently Souta has some romantic feelings for a girl who goes to his school, so he only wanted Inuyasha to help him a bit, not knowing that Inuyasha is unbelievably oblivious of his feelings.

InuYasha revolves around Kagome, a high school student who accidentally travels 500 years back in time and meets Inuyasha, a half-demon. It's impossible to include all of the funny scenes in one article because there are just too many. If you ever need a quick laugh, this show will definitely do the trick!