With a fist so powerful he can level an entire city with a single swing of his arm, you would think everyone on the planet would know about Saitama. But in this latest episode of One Punch Man, we learn that isn't quite the case. 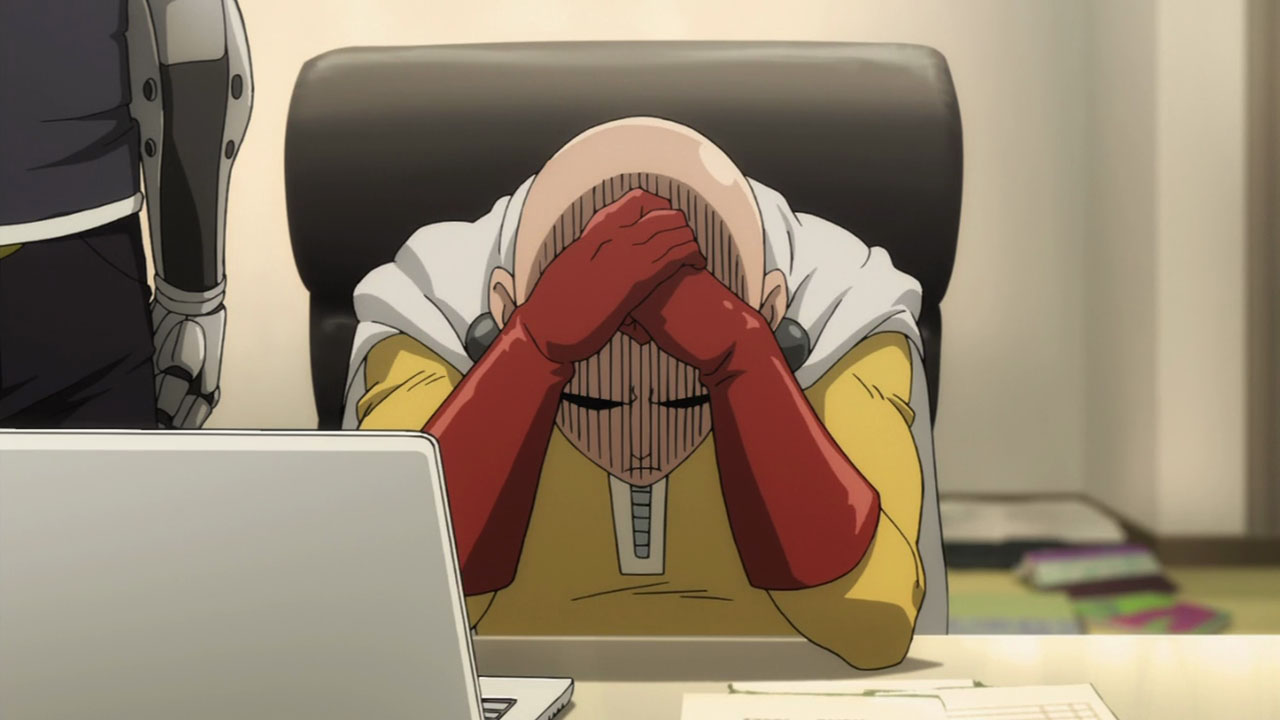 My favourite part of this latest episode of One Punch Man wasn't so much anything that happened in the episode. If anything the episode was a little underwhelming compared to previous weeks due to the lack of any particularly bombastic animation. I know the staff wouldn't be able to keep up the extraordinary high level of quality throughout the show, but it's still a little disappointing. Rather my favourite part of the episode was Saitama finding himself a goal. He needs to become known! He needs to join this organisation which for all intensive purposes is a Superhero Guild. For all his endeavour, nobody recognises his great achievements if he hasn't put himself on the register. Which is great because the series really needed a direction. It's a fantastic and hilarious concept for an anime but it couldn't remain "Saitama punches villains while looking bored" for a full series. 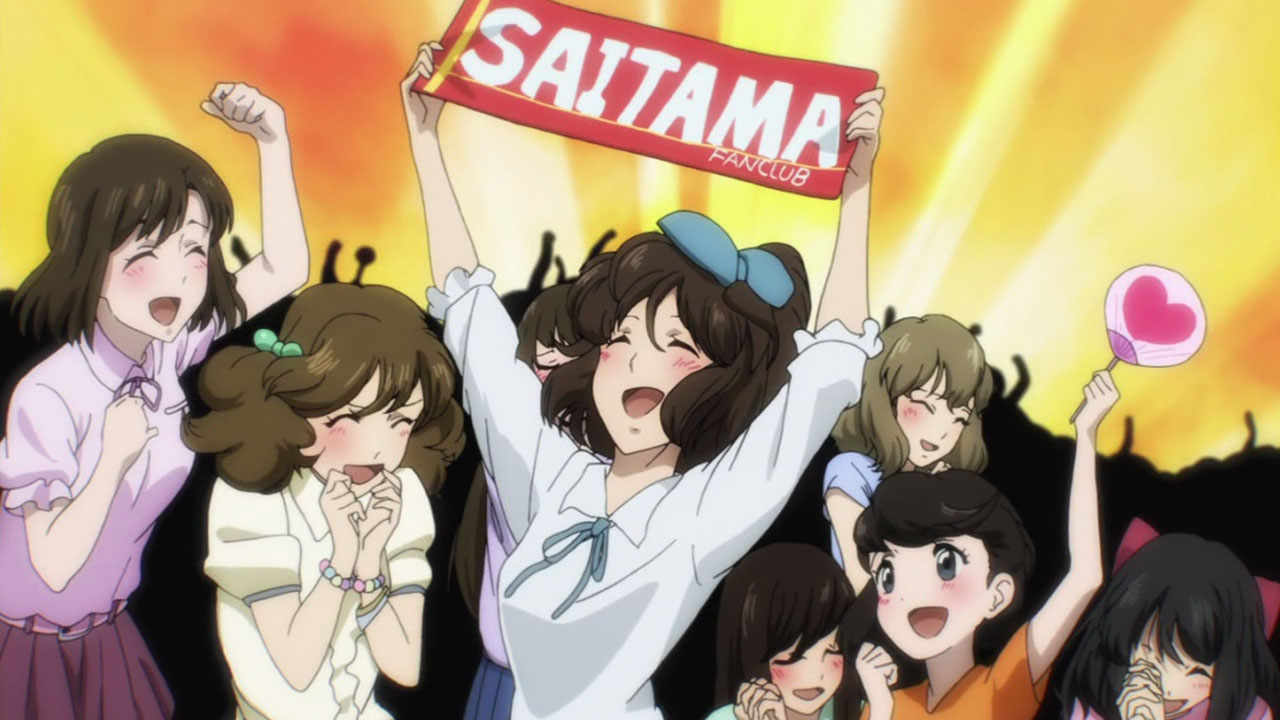 Although I imagine there probably are superhero nerds in the world of One Punch Man who recognise Saitama for his incredible abilities. As an incredibly nerdy soccer fan myself, there are people in soccer fandom who go to insane lengths to figure out who is the most under-rated player in the world, eventually settling on a defensive midfielder plying his trade for a mid-table side in the Swiss first division. On that same level I imagine there are some super hero nerds in this world who recognise the incredible quality Saitama possesses. While the LAMEstream media and casual fans of superheroes spend too much time focusing on his lackadaisical attitude and unflashy fighting style, saying he can't possibly be top quality if he doesn't look like he cares, true believers recognise this man wearing what amounts to a yellow jumpsuit and red rubber gloves. Basically what I'm saying is that Saitama is the Mesut Özil of the superhero world. 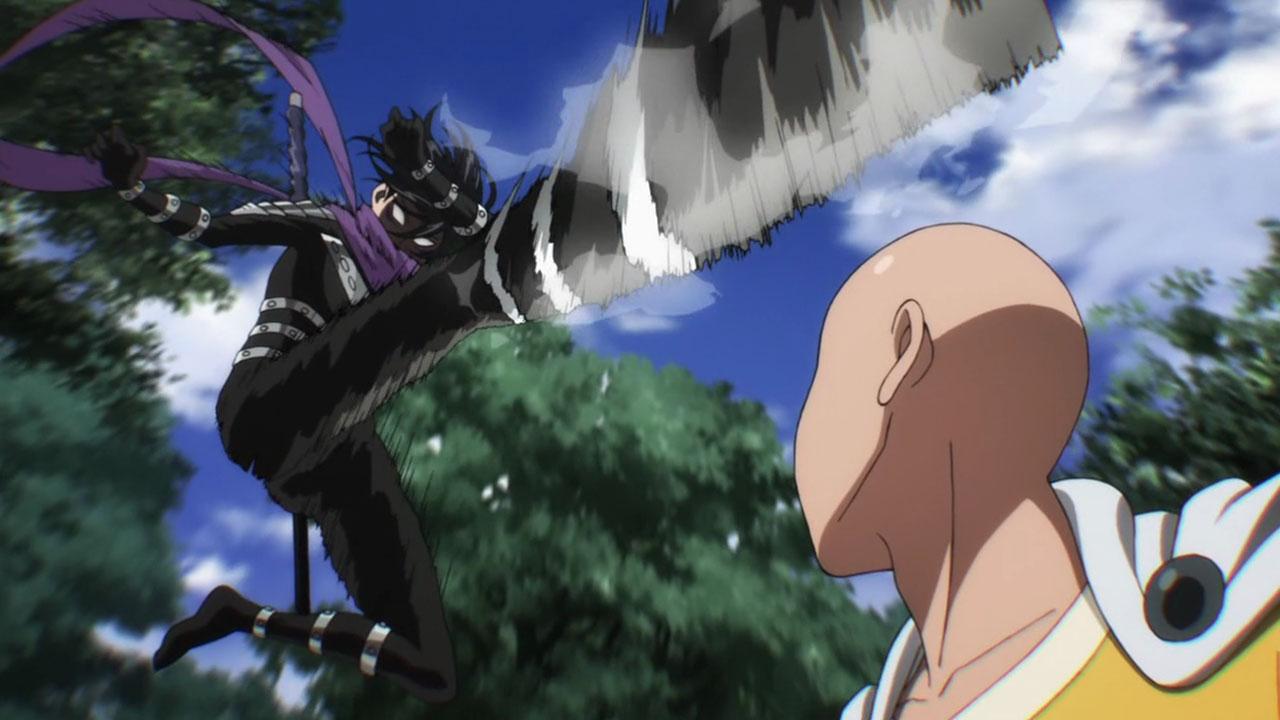 References to German footballers with bug eyes aside, we got our introduction to Sonic this week. I won't go through my usual spiel of how great their back story is since we haven't got the full details yet, but personally I chose to believe that they named themselves after a certain blue hedgehog. Gotta go fast and all that. Honestly this might be the first time in the anime where I felt the manga adaptation did a better job with a fight scene. Sonic jumping around Saitama was far funnier in manga form because they did this multi-page sweeping camera shot of Sonic jumping everywhere while we got a 360 degree angle shot of Saitama's bored facial expression. Now I sound like one of those horrible obnoxious manga fans who treat source material like it's Gospel, so I would say for the sake of fairness that otherwise this adaptation has been knocking it out of the park. 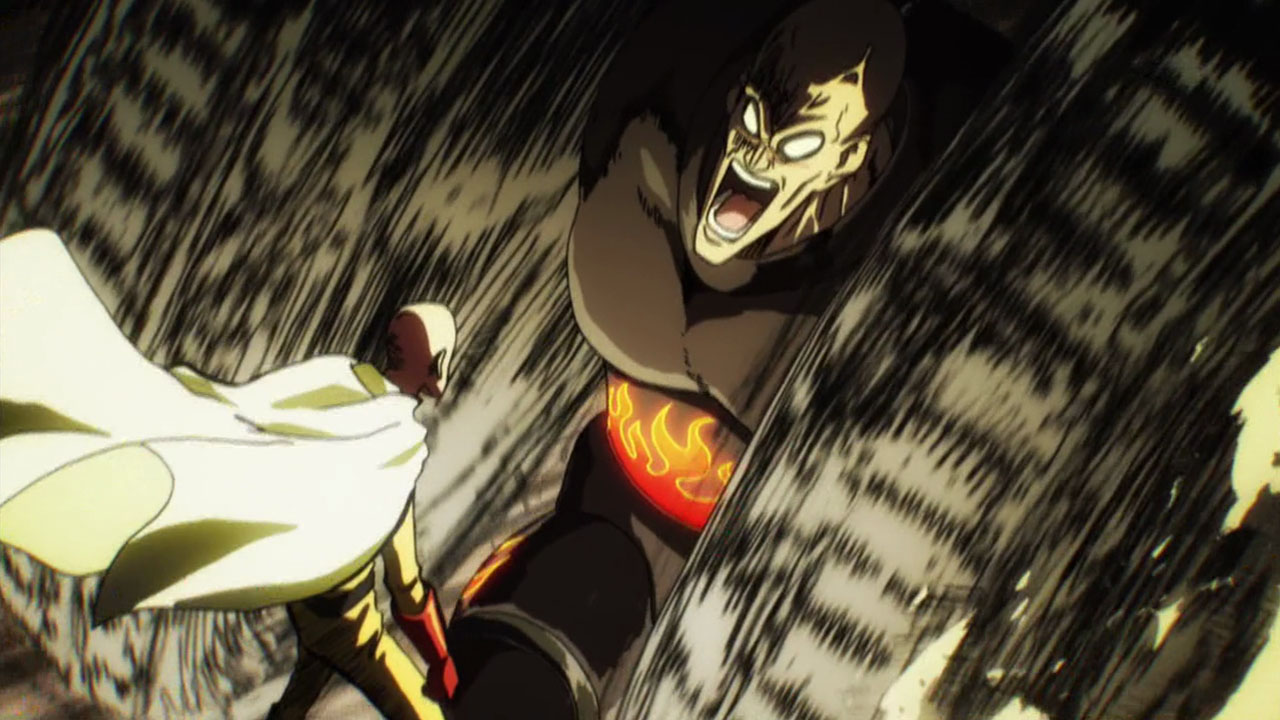 The only other new character we got this episode (apart from the man who wears a watermelon on his head, who I'm sure we'll learn more about later) is Hammerhead. The man who suffers from a combination of Homer Simpson skull and an acute desire to not do any work. I love that they made a villain out of the media interpretation of a generation of young men who struggle in a tough job market and are portrayed as being good-for-nothing losers who will never amount to anything. Generally I think villains are better when they come across as a more credible threat rather than Hammerhead who is more like a villain in an episode of the Powerpuff Girls, but this concept of a group of unemployed dudes destroying a tower with a golden poop on the top (which I swear is a reference to Donald Trump) is great enough that he can get a respectable place on the ever-growing ranking of One Punch Man's convoluted backstories. Saitama > Genos > Dr. Genus > Titan Brothers > Blue Piccolo Vaccine Man > Hammerhead > Crab Man > Subterranean People > Super Evolutions.

Don't forget to join the discussion for One Punch Man Episode 4 here!