The Fashion of Nana: A Love Letter to Punk and Vivienne Westwood

Ai Yazawa is known for her focus on fashion that's as deep as her dramatic characters. While her earlier stories were about fashionable school students, Nana is defined by music, passion and the flash styles of Vivienne Westwood. Let's take a closer look! 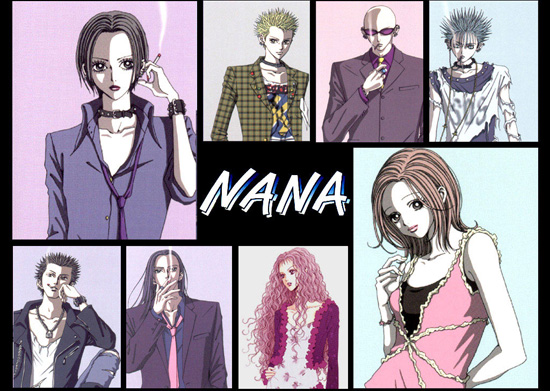 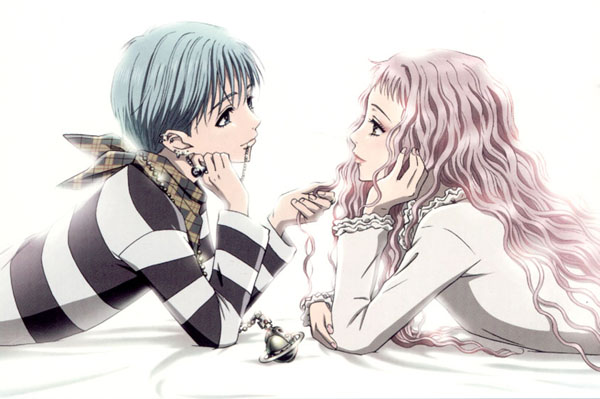 Naturally the first thing anyone remembers from Nana is that iconic orb! It's found on necklaces, rings, earrings and of course Shin's lighter. Vivienne Westwood has said that the inspiration for her trademark orb came from the orb that royalty holds paired with a ring like Saturn. She wanted to show that her fashion was her own private universe. The same can be said for the story of Nana, where everything is pulled into the orbit of the two bands: Trapnest and Black Stones. 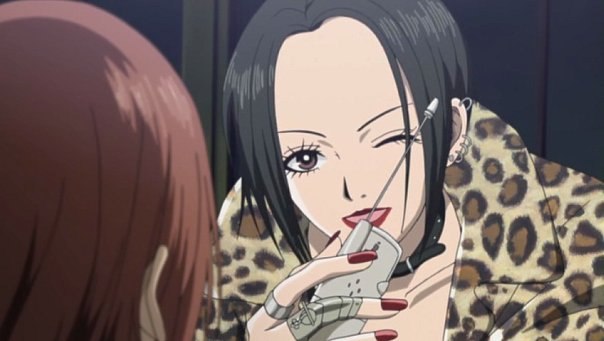 The one piece of jewelry we rarely see Nana Osaki without is her VW gunmetal armor ring. Definitely a hardcore piece that mirrors Nana's own guarded exterior. Often copied but never equaled, it's a piece that's not limited (like the lighter), but it'll certainly set you back a few dollars. 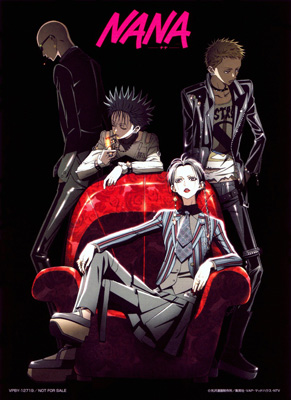 Again, another genius style from Vivienne Westwood. These strangely compelling shoes for both men and women look like they'd be hell to walk on but are so perfectly engineered that they move true to their name, they rock while you walk. In Nana, if it's not the punk staples of creepers and combat boots, then it's always rocking horse shoes. 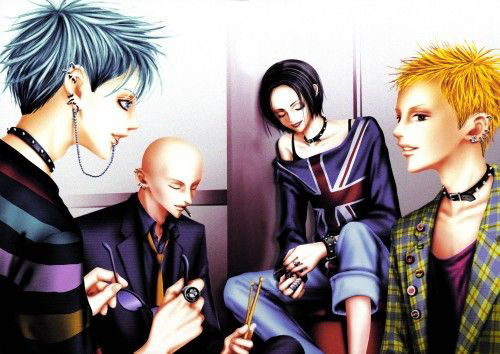 You can't have punk without plaid, especially the two major staples of any punk wardrobe: plaid pleated skirts and plaid bondage pants. Sometimes even worn together. Perhaps it was to mock the British school uniforms of the time by completely subverting a print that was meant for order and sameness to rip it up, add a million buckles and scream anarchy on stage while wearing what used to keep you down. 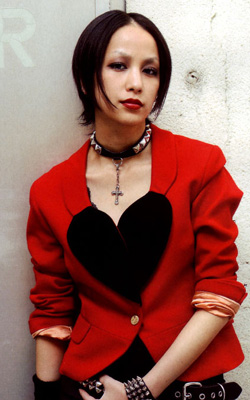 Everyone has seen the beautiful black heart lapel jacket that a fan gives to Nana at the beginning of the series. Being a punk-styled gal and a natural fan of Vivienne Westwood, Nana is beside herself with excitement to the point of awarding the fan a kiss. Since at this point, while they're very popular, they're still a local band and money is likely tight, this is an amazing present for Nana who immediately puts it on and comments that it's limited edition and wonders just how much it must have cost her fan to buy it for her as a birthday present. There's a reason we see this so often as Nana's signature look; she doesn't wear her heart on her sleeve, but instead places it center stage in a deep and dark place, surrounded by a passionate red. Fashion is the epitome of Nana, and vise versa.

Vivienne Westwood isn't always about a shredded to ribbons punk aesthetic. There's a large part of her collections that is filled with gorgeously structured blazers, dresses, gowns, and corsets. Nana is wearing one of the famous bustiers under an animal print coat when she gives her first table top “concert” for Hachi and friends, and as always, she subverts the whole 'fashion for the upper crust' by pairing it with ripped stockings and combat boots.

In the end, absolutely everything is dramatic in Nana, from the story to the fashion. Just look at how fashion defines each character, from the edgy black and sharp edges that Nana Osaki clothes herself in, to the warmth and ruffles we associate with Hachi and Reira's long loose curls and flowing dresses that give her an angelic quality. It's not hard to see why so many are pulled into the orbit of this beautiful story!

xxxHOLIC has got a unique way of animating its characters that sets it apart from other anime. This only serves to highlight the excellent fashion sense of its inhabitants.