xxxHOLIC has got a unique way of animating its characters that sets it apart from other anime. This only serves to highlight the excellent fashion sense of its inhabitants. 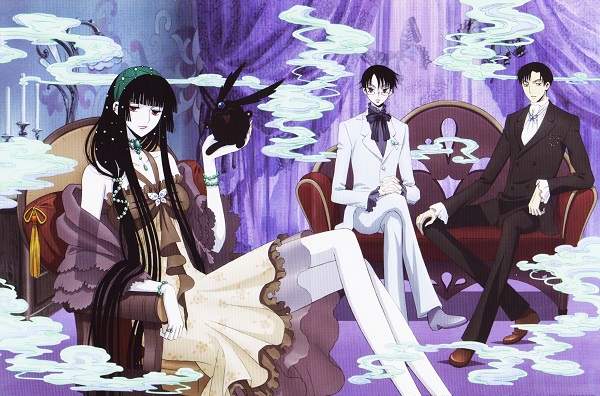 If there is one noteworthy style choice that sticks out from xxxHOLIC, it's the characters' sense of clothing style. This compliments the world they live in and its design. First take into account that this is a supernatural anime. There are bound to be some interesting and eccentric looking characters. All of this is brought to the forefront with the unique animation styling. While watching the show you'll notice that the characters have a strange looking anatomy, Their bodies are incredibly long and there is an added emphasis on their legs.

An important influence to take note of is the anime's art influence. The show takes its art direction from Ukiyo-e art style. This is an older form of Japanese woodblock prints that was prevalent during the 17th to 19th centuries. What's unique about this is that it can be argued that this type of work was the predecessor for much of the modern work that is seen in anime and manga released over the past couple decades. Ukiyo-e is one of the first types of Japanese arts many western people were introduced to.The artists involved in creating and animating the characters drew from the style of dress as well. This featured bright flowing colors and robes of all sorts. The artists involved with the conception of the characters split up their work into two camps. One of the artists worked strictly on the female characters. Another artist worked only on the spirits and male characters. If you have an eye for detail this is evident when looking at the animations on screen. The female characters have a distinct style and the males and spirits have similar styling and artistic design. 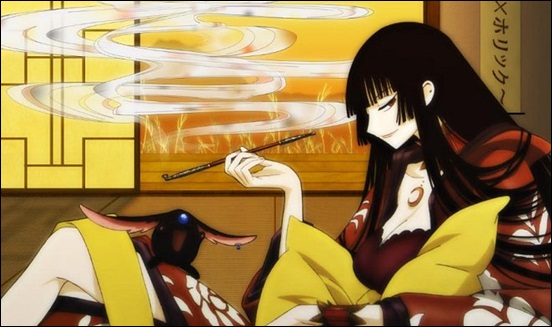 Flamboyant looking dresses and outfits are mostly evident in the female characters. Here are some of the girls and their favorite and most noteworthy dresses and styles, as well as a look at some of the male characters and what they opt to wear during different scenarios during the story. The first character with a unique and cool sense of fashion is Yuuko Ichihara. Her personality matches her way of dressing. She can at times be immature and constantly drinking or just messing around. Though when it comes to giving out advice she will go out of her way to be direct, stern and even cryptic at times. This translates into her style of fashion.

As you can see Yuuko has a wide range of style just like her changing personality. 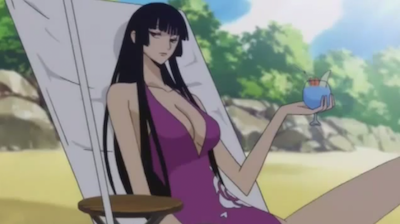 Himawari Kunogi is another main female character who's got a great sense of style. Her name in Japanese means sunflower. Her main article of clothing she is seen wearing is her uniform. At times she will switch out and wear Kimonos. Himawari will choose dresses that are one color with varying shades. Throughout the series she grows more and develops into her adult body still wearing the same types of clothes. 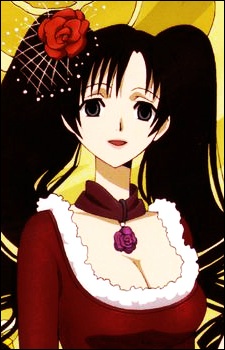 Here you can see Himawari in some of her signature outfits and different fashions.

Now let's look at some of the fashion choices the men of xxxHOLIC choose to wear. First off is Watanuki is the protagonist, a taller and slender guy with black hair. His choice of outfit is sleek, as he keeps it simple with a black vest and white undershirt and black slacks. He can been seen wearing black rimmed glasses most of the time. Shizuka is part of his group and is usually seen wearing his school uniform. He has a predominately black outfit with a little bit of red at the collar and on his sleeves. 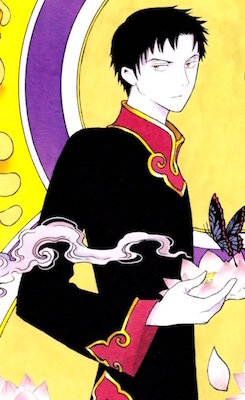 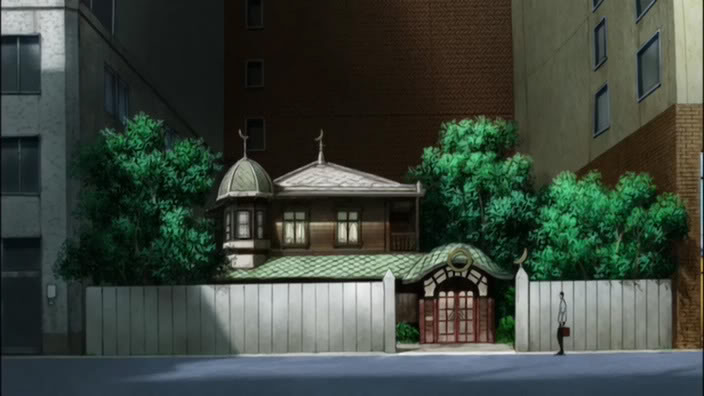 An interesting idea that can be inferred from watching this show is how the world around these characters influences their fashion choices. In the bustling city of Tokyo sits this lone and out of place shop, the main area for most of the action in the show. It can be comical to sometimes to see some of these main characters interacting with others in the show. The way they dress contrasts with the normal residents of the city. This is a great technique used to distinguish the main characters from others as well as show that there is something special about them.


Combined with the animation's unique influence from older Japanese wood block printing and the supernatural genre, this show has a unique fashion sense that sets it apart from other series.