In this week's K: Return of Kings, our favorite silver-haired hero returns after falling from the sky, and he's about to make his move to fight JUNGLE. He won't be fighting alone though, as he sets up something big for the Green King and his army. 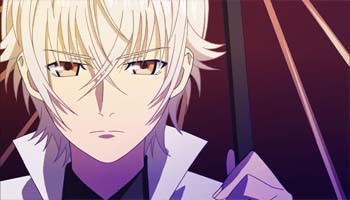 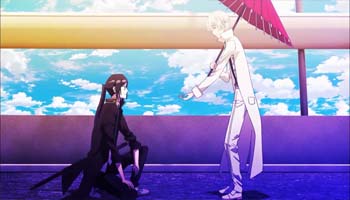 This Episode of K: Return of Kings is highlighted by the return of the Silver King, Yashiro Isana. He appeared in the previous episode after saving his clansman, Kuroh, and he's about to settle the score with JUNGLE for trespassing in his home. Instead of an awesome fight though, the Green King, Nagare, decides to withdraw his soldiers and retreat for now. Nagare is more delighted over the fact that the Silver King has made his appearance, and he wants to properly welcome him another time. He delivered his message to the Silver King using the clan's pet parrot, and it's a pretty weird moment. It makes you wonder what the guy's power is, because he's strapped to a chair and he's talking through parrots. He's weird, but the Silver King isn't going to underestimate Nagare as he prepares for his counterattack against JUNGLE. 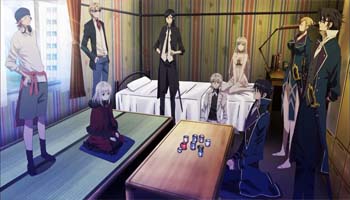 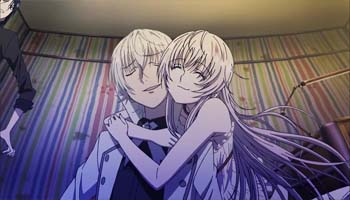 Yashiro makes his first big move in the series by calling a meeting with the Blue King, Reishi, and the Red King, Anna. He has two goals for this meeting, and the first is calling a joint alliance with the other kings. This'll be the first time three kings joins forces together against another king, and it is to combat the large army the Green King has. JUNGLE made enemies of both HOMRA and Scepter 4 before, so their kings readily obliged with the alliance. Even though HOMRA and Scepter 4 have been battling for territory for a long time now, they're prepared to settle their differences to fight JUNGLE. Yashiro is really covering all his bases, and this first big move is exciting considering how Nagare will react to it. I'm hoping for an all-out war in the school grounds between the kings, but Nagare might find a way to top that. 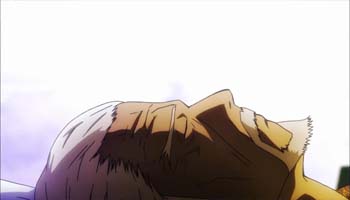 The second agenda of Yashiro's meeting is to declare the death of the Gold King, Daikaku Kokuji. He is introduced in the movie, K: Missing Kings, so people who haven't seen the movie will feel a bit left out by this shocking revelation. This series values continuity that it even took the movies' story and connected it to the main series. It's annoying in part, since the story is already dense coming off the first season. Anyways, it's revealed that the Gold King is in charge of guarding the Dresden Slates and his death is of concern for the other kings. The Gold King is the strongest of the kings, and he is a direct threat to the Green King. With his death, Nagare is now making his presence felt and he's targeting one thing: the Dresden Slates. It's said that these ancient artifacts, that grants the kings with their powers, gives its owner the power to rule world and Nagare wants it for himself. Yashiro warns the other kings that Nagare is determined to obtain the slates. He even forced the Silver King out of hiding and, with the Gold King gone, Yashiro is the only one that is a direct threat to Nagare. The episode ends with the kings and their armies preparing to fight JUNGLE. 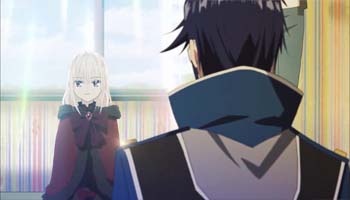 The episode is heavy on exposition so not a lot of characters stood out. Right now, the seeds are planted and it'll lead to some great things later on. The meeting in the cramped apartment of the Silver King is interesting though, since the series loves the school so much that it even dragged the other kings into it. HOMRA and Scepter 4 have no trouble working together though, and Anna even explained to Reishi that she isn't bothered by Mikoto's death. She even wants to thank Reishi for all that he's done. It's symbolic of change between the two clans, but it doesn't sit well with everyone. Saruhiko Fushimi, from Scepter 4, is showing hesitation with the alliance since it's weird for him. He jumped ship from HOMRA to Scepter 4, so it's understandable that he'll have reservations with the two clans being friendly. 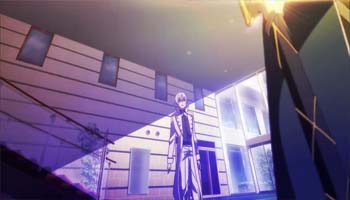 After the meeting, Yashiro confronted Reishi and offered his help to guard the Dresden Slates. Reishi refused though, since Yashiro abandoned his duties before and Reishi doesn't want Yashiro to forget. The Silver King warns Reishi not to get too obsessed with the Dresden Slates though, and even taunts him by asking if he is trying to be the next Daikaku Kokuji. Despite their alliance to fight JUNGLE, Reishi does not like Yashiro and he won't let him get near the Dresden Slates as well. 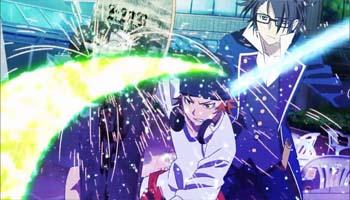 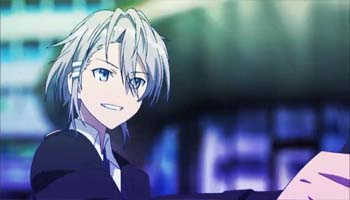 The Green King will attack in a grand fashion, and he might even out power the three-king alliance with his overwhelming number of internet clansmen. Suzuna almost won his two on one battle against Misaki and Saruhiko if Nagare hadn't ordered him to retreat. JUNGLE both has the numbers and the fighting power to pose a threat to the other kings. Nagare might even reveal his powers. Yashiro mentions he has the power to "manipulate", and it makes sense considering he talked through a parrot in this episode, so it will be interesting to see just how great his power truly is.

The seeds of doubt are already planted for this three-king alliance, and it might not last long. The Green King might even use their lack of unity against them.

Don't forget to join the discussion for K: Return of Kings Episode 2 here!