A One Piece "Love" Story: Trafalgar Law and Rosinante Donquixote

One Piece has many relationships between different characters that are deep, meaningful, and touching. One of these relationships is between Trafalgar Law and Rosinante Donquixote. In this article, we'll dive deeper into the relationship and what it was truly all about. 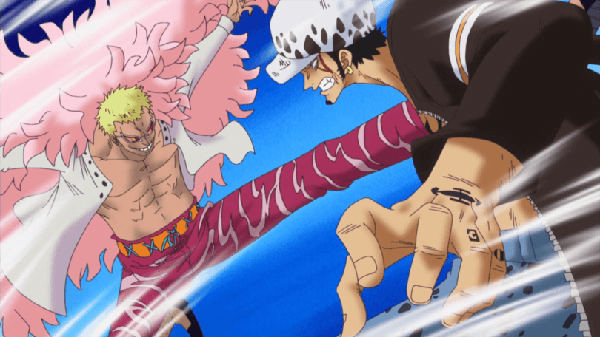 Law fighting Doflamingo for Rosinante's sake
No, this isn't a yaoi shipping! This is a true brotherly love story between Rosinante Donquixote and Trafalgar Law. In the One Piece Dressrosa Arc, Law's past is revealed and we find out why he's after Doflamingo's head. It's more than revenge for Law. What he does is out of love and respect for the man who saved his life. 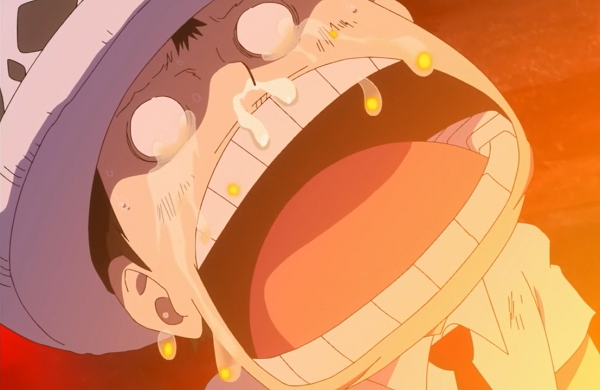 Law was born in Flevance, also called White Town because of the pure white color that painted the town. The white color was produced by a substance called Amber Lead, which was buried underneath the city. Amber Lead was a rare resource and helped the city flourish with riches. However, the citizens of Flevance eventually learned that Amber Lead was poisonous and dangerous. But it was too late. The citizens were all overcome by the Amber Lead Syndrome, and many of them died due to the disease. Then, a war broke out because the world isolated Flevance, thinking that Amber Lead Syndrome was contagious when it truly wasn't. Because of the war, most of Flevance's residents were killed. Law is the only known survivor of the tragedy. 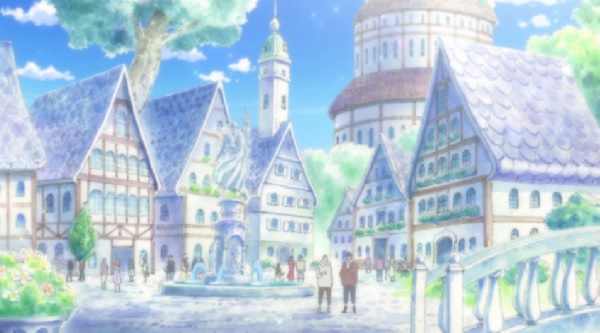 Law lost his family, friends, and home, and he smuggled out of the country in a pile of corpses. He found Doflamingo Donquixote's pirate crew and asked to join the crew. Law completely changed from a normal child to a kid who only wanted to kill and destroy the world. He was full of hate, rage, and pain. He didn't believe he would be saved by anyone anymore. 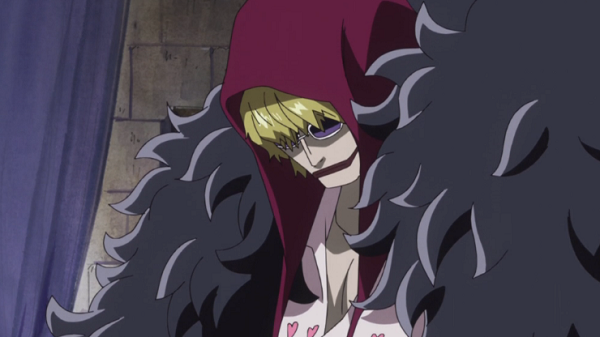 When Law joined Doflamingo's crew, he met Rosinante Donquixote. Rosinante's codename while he was in the crew was Corazon. At first, he was introduced as a mute and someone who didn't like kids. He even threw Law out of a window from a high-story building. That caused Law to become even angrier with the world and he vowed to kill Corazon. But, when Law did successfully stab him, Corazon didn't tell Doflamingo about the incident; instead, he claimed an enemy attacked him. So how can a man who hated children cover for a child who nearly killed him?

Well, that's because Rosinante wasn't a child-hating man! In fact, he was a marine spy who was ordered to infiltrate the Donquixote Pirate Crew and keep an eye on their actions. Rosinante revealed most of his secrets to Law after hearing that Law had the secret name 'D' in his name, including that he was Doflamingo's blood-related brother. He wanted Law to get away from Doflamingo and not become like him. Although Law didn't like Rosinante at first, he eventually cared more for Rosinante as they journeyed together to find a cure for Law's Amber Lead Syndrome. 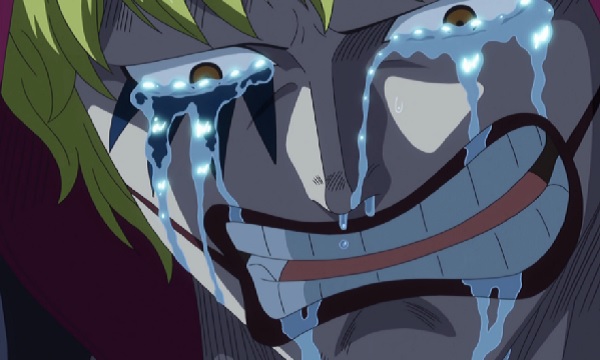 This duo spent six months together looking for a cure. Rosinante took Law from hospital to hospital to find a doctor who had a solution for the poison that ate away at Law's body each day. Law became weaker and weaker, but Rosinante didn't give up. When Law's end was almost near, Rosinante came across information that the Ope-Ope No Mi was in the hands of pirates and the pirates were going to trade it with the government. Rosinante planned to steal the Ope-Ope No Mi before Doflamingo or the government could get their hands on it, which he successfully did. However, he was severely injured due to gunshots.

The End of Their Connection – With Love 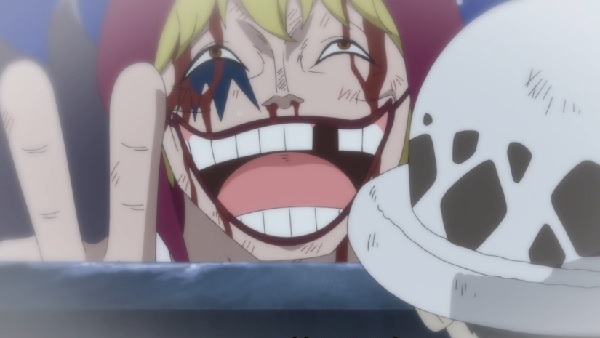 Rosinante was injured and resting while Law went to look for a marine. Rosinante had asked Law to give a marine a letter that he composed. Sadly, Law ran into Vergo, not knowing his true identity, and asked him to help Rosinante. Since Vergo was a spy for the Donquixote Pirates and infiltrated the marines, he read the letter and realized that Rosinante was a marine spy. After finding out the truth, Vergo reported it to Doflamingo. Rosinanted managed to escape and hide away with Law, but they were trapped in Doflamingo's Bird Cage.

Rosinante sacrificed his life and gave Law the Ope-Ope No Mi to help cure his disease. He died hoping to give Law freedom from his illness, his hatred toward the world, his tie to the Donquixote pirates, and his assumed short life span that his illness had caused. Before Rosinante died, he told Law he loved him, and that was the best medicine for Law – at least for the illness and darkness that was in his heart. 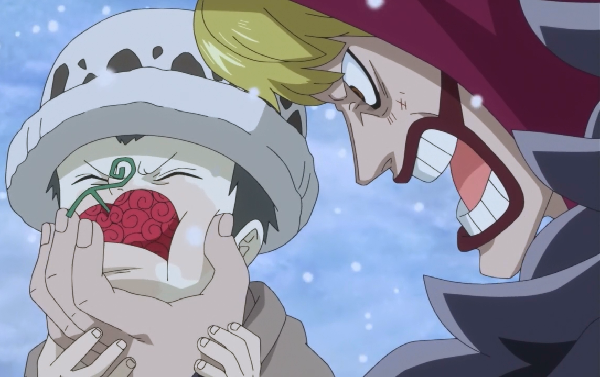 But Law wasn't the only one saved by love. Rosinante, who had a tragic past as well, never thought about himself. He always put others before him. He was a kind, compassionate man, but he didn't see himself as a worthy being. This is proven when he thinks that Law might forget him after he dies. (How can Law ever forget a man who sacrificed his life to save him?!) But Rosinante was saved, in a way, as well. Law was the only person around whom he could truly be himself. Rosinante might have seemed serious at first, but we later learn that he's a major goofball. This shows that he felt love from Law, too, who allowed Rosinante to be himself.

Rosinante was a truly altruistic man. Without him, Law wouldn't be the character we see today in One Piece. In the end, these two received the love they were looking for in life. Law will continue carrying the love he received from Rosinante in his heart, and that will lead him to a better path in life, which was Rosinante's wish for Law.

I hope this article has shed some light for you on the complex relationship between Law and Rosinante. If you haven't seen the One Piece anime yet, I highly recommend it – there are plenty of characters you'll absolutely love! 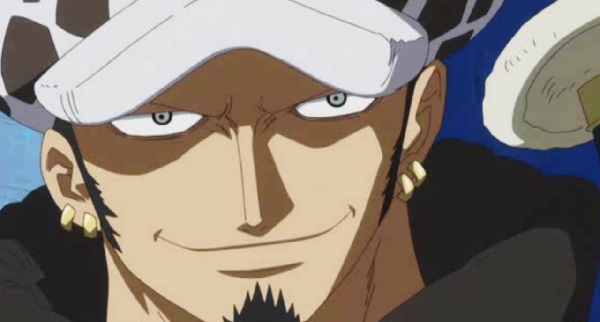