In this week's K: Return of Kings, JUNGLE is on the move to create more chaos in the city. This time, a special place from the first season is revisited and a battle ensues among the clans. Did you know important clan members can have 4,000 Jungle Points? 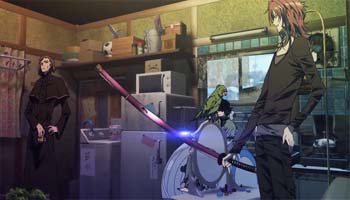 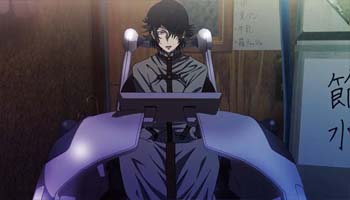 This episode of K: Return of Kings is pretty much an exposition episode to further the story. It introduced the key players of the Green clan, JUNGLE, and their king that only shows himself to his high ranking members. The episode opens with the important people of JUNGLE in a small apartment talking about their plans. It appears that they do have an interest in the Blue King's Damocles being damaged, but the Green King, Nagare Hisui, is more interested in the Silver King, Yashiro Isana. He claims that he wants the Silver King to join his game, so he sends his two high ranking clansmen to target the Silver King's only clansmen: Kuroh and Neko. It appears that the flashy introduction of the school in the last episode did mean that the action will once again take place in the area. With Kuroh and Neko staying in the school, green clansmen Yukari Mikashuji and Sukuna Gojou decides to bring the action to them. 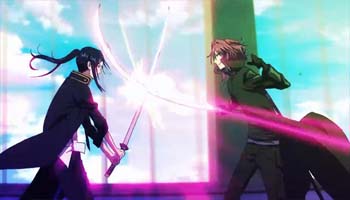 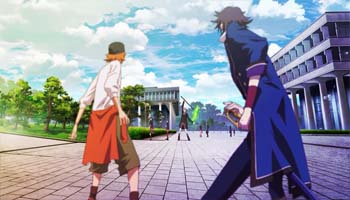 Sukuna breaks off from Yukari though, because he is informed that two of their valuable targets, HOMRA's Misaki Yata and Scepter 4's Saruhiko Fushimi, are both in the school as well. JUNGLE apparently has members that are students of the school, so news about the members of the Silver, Red, and Blue clan active in the area traveled fast. It also didn't take long for the high ranking members of JUNGLE to start attacking their targets. Suzuna took on both Misaki and Saruhiko in a two on one battle, but the focus is more on Yukari and Kuroh fighting at the bridge. The two of them have history, so their swords are bound to cross swords soon enough. It happened at the bridge of the school, where Yukari reminded Kuroh that he is his senior and always will be. After a flashy fight, Yukari defeats Kuroh and he is ready to kill him, as ordered by the Green King. Fortunately, the Silver King himself stops it after stylishly falling from the sky. The episode ends with Yashiro saving his clansman, and the Green King in absolute delight knowing that the Silver King has finally joined his game. 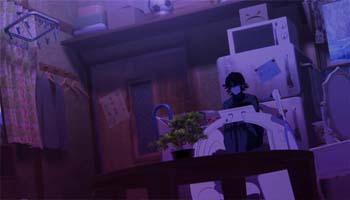 This episode just sets up the bigger events that'll happen later on, so there are more character introductions and story exposition than anything else. JUNGLE is a stand out in this episode though, as every member shows just how fearsome they are. Yukari and Suzuna is skilled enough to stand toe to toe with some of the best the other clans have to offer, but it's the clan's influence that is even more impressive. Ordinary students are members of JUNGLE, and some of them are used to lure out Kuroh and Neko from their hiding. The love letter is a nice touch from Yukari, asking a girl to deliver it to Kuroh. Suzuna is also informed of his two targets by the students he meets at the gate area. The influence of JUNGLE has already reached far, and it's scary to think just how big their clan is. While most clans put quality over quantity, amassing an army of clansmen is an amazing feat for the Green clan.. It means that they could already have control of this city, and the other clans have no idea. Perhaps the most bizarre member of JUNGLE is their king: Nagare. He is strapped to a chair by a straitjacket, and he is obsessing over Yashiro for some reason. Nagare is cunning because he has a strong influence with his large clan, but his title as the "ever-changing king" seems to suggest he is as awesome as any of the kings introduced so far. 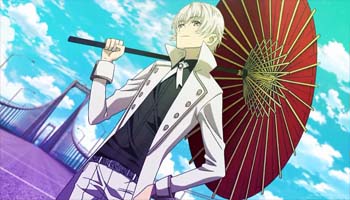 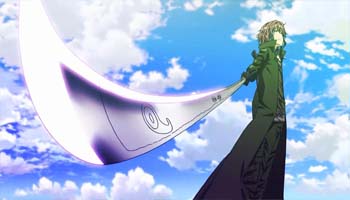 The trouble at the school is just beginning, and it might escalate into an all-out battle with JUNGLE proving just how dominant of a clan they are.

Don't forget to join the discussion for K: Return of Kings Episode 3 here!