I can totally understand how someone might have missed this one having looked at seasonal charts. That's because it was right down the bottom in the OVAs section that's usually just filled with random side stories to long running shounen series you never watched and softcore pornography too racy to put on TV. Which may explain the complete lack of hype this is getting.

Zarageto is the light novel written by Nisioisin before he wrote Bakemonogatari. Yeah, you see why you should be interested in this now? It's taken a while but Shaft have finally gotten through the entire Monogatari series and can now take a look at some of Nisioisin's other works. There are a significant number of people who even consider Zarageto to be the superior series due to there being no harem antics and far less ramble-y dialogue.

The first episode doesn't come out until late-October but as a personal huge fan of Nisioisin and Monogatari, I'll be eagerly anticipating this adaptation. Now we've just got to hope someone picks it up for streaming...

Fune wo Amu (The Great Passage)

I'm cheating here a little as The Great Passage isn't technically a light novel adaptation. Rather its origin was a regular old novel, which may explain why the premise features a complete lack of superpowered teenagers falling into harems. Instead it's about two blokes writing a dictionary together. To some people that might sound like the most boring premise ever, but to folks like myself who get excited about seeing a story about adults dealing with adult problems, I'm so pumped to watch this.

It's fitting that this airs in the famous Noitamina timeslot, the one that was geared towards a non-traditional anime viewing audience. For a few years they sort of forgot that was their intended goal with anime like Black Rock Shooter or How To Raise A Boring Girlfriend, but between The Great Passage and the mega-hit from earlier this year Erased, it seems like they're going back to their roots in a more determined fashion. 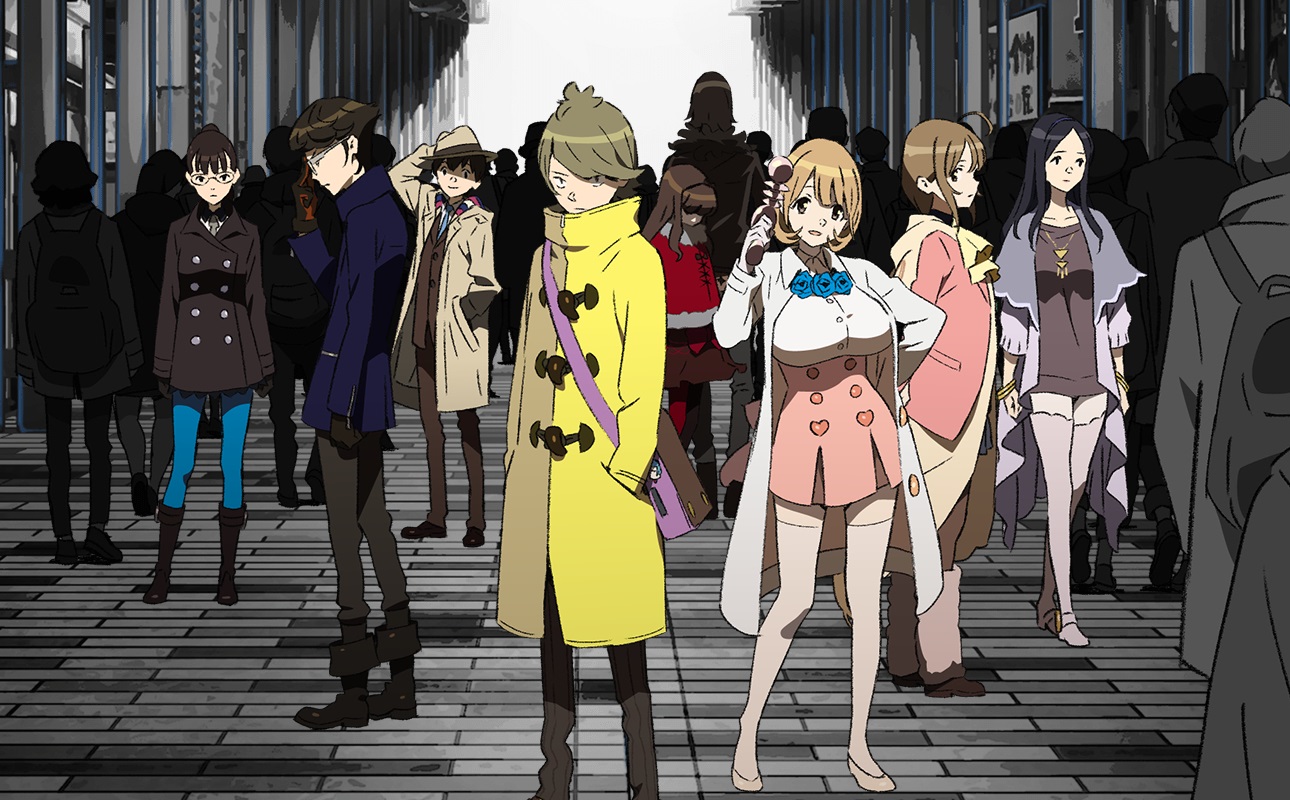 That semi-colon you see does not lie to you. Yes indeed this is a light novel adaptation by the creator of Steins;Gate as part of the not-really-connected-in-any-shape-or-form semi-colon series that includes Robotics;Notes and Chaos;Head. OK maybe those last two weren't that great as anime, but Steins;Gate is so good that you can guarantee there are thousands upon thousands of anime fans who will automatically check out anything this author writes just off the back of that.

Plus for what it's worth, the story does sound interesting. It's about a paranormal club who run an online blog about mysterious phenomenon only to find themselves wrapped up in the mystery, which sounds a lot closer to Steins;Gate's premise than the other, less interesting semi-colon series. That said, the trailer has a very different feel, being way more wild and eccentric than the close and claustrophobic feel of Steins;Gate. I'll admit the giant looming boobs in the trailer worry me a little though.

Magical Girl Raising Project was definitely inspired by Madoka Magica, but in becoming an anime it had to take the long way round. It started out as a light novel first published with little fanfare in the summer of 2012, but it garnered enough of a following to warrant 6 volumes and counting. The story about magical girls having their dreams fulfilled only to be forced into a survival game versus each other turned out to be well thought out enough to continue making and not be a cheap one-volume gimmick to cash in on a new craze.

Normally the inner cynic in me looks at copycats and expects the worse, but the fact that this comes more than 5 years after Madoka tells me that it's way too late to be something trying to capitalize on the dark magical girl craze and is actually worthwhile on its own merits.

Ghost in the Shell: First Assault Game Coming In Early 2016!

Fans of the popular series Ghost in the Shell can get ready for a new game, which will be released in early 2016! An online, free-to-play, first person shooter game, with eight characters and a lot of ammunition!