We're starting to learn more and more about Araragi's past in the latest episode of Owarimonogatari. We get to see him as a cute little kid too, which is nice. 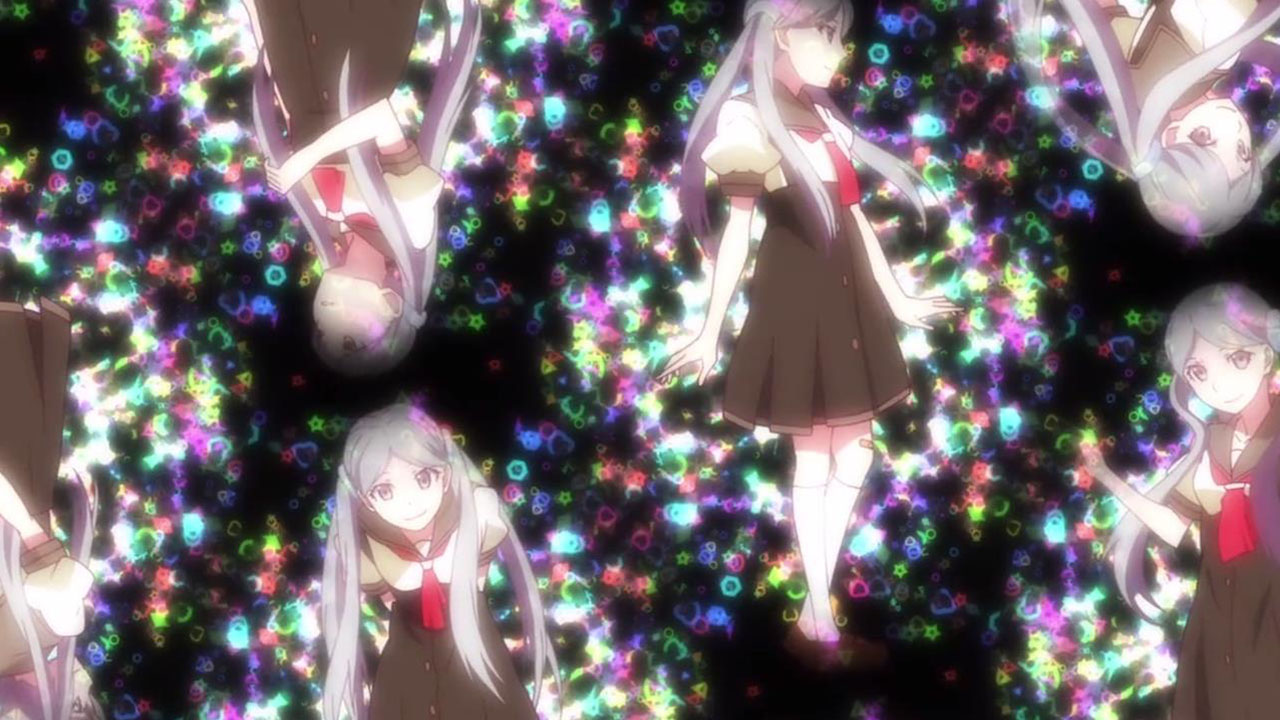 In this week's episode of Araragi and the Walking Plot Advancement Machine, we're delving further and further into Araragi's past to find out what made him the horrible child molester he is today. Also possibly something about why this twintails girl hates his guts so much. Maybe the two are connected? I'm not sure how one could possibly connect being a lolicon and having an in-depth knowledge of advance trigonometry theorems could be, but I'm sure Ougi could conjure a connection between the two. At the very least, it's still interesting to dive into Araragi's past and learn more about this guy. 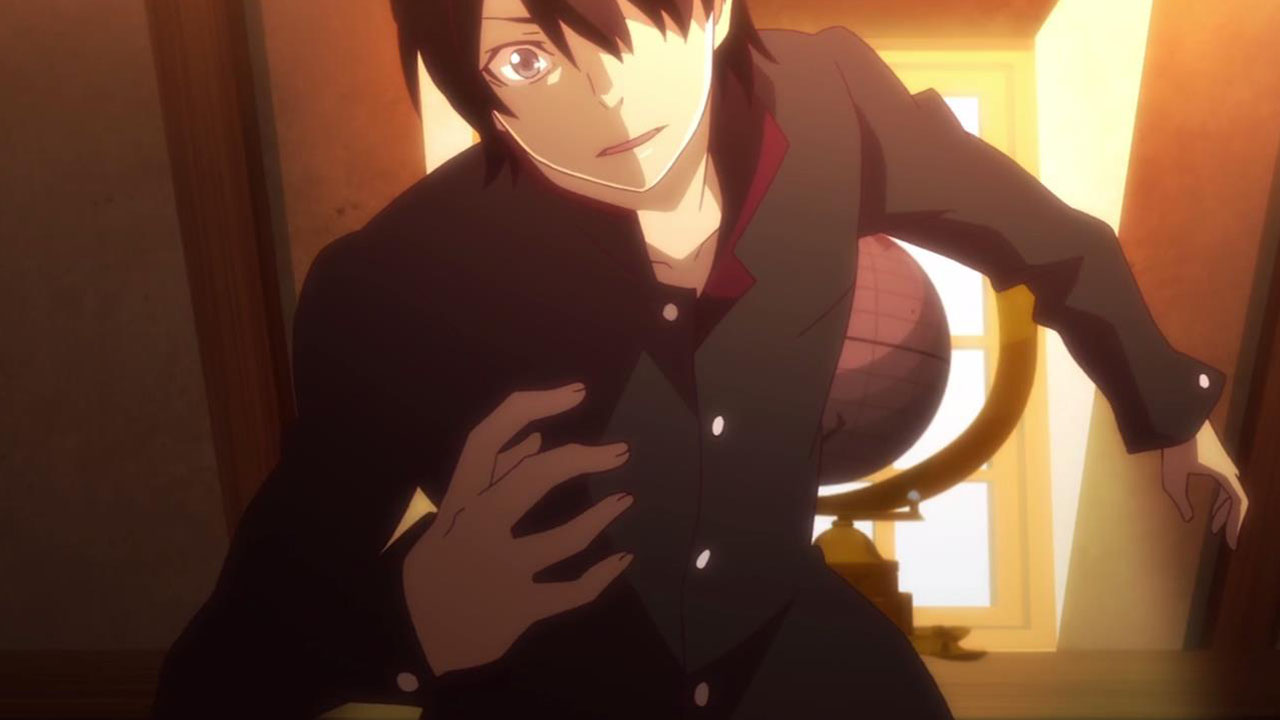 I said in the opening episode recap that Araragi had become the weakest part of the Monogatari series since the Second Season as his character had hit some kind of brick wall and had stalled. His personality was on lockdown and he was no longer interesting, which was fine in the Second Season because he wasn't in most of the arcs. I guess Nisio, the author, must have realised this and set it so the opening episodes of this new arc would focus solely on giving Araragi more personality by exploring his psyche. And it's working! For the first time in a long time I have found myself genuinely intrigued by an Araragi storyline. The explanation by how a love of mathematics handed to him by this one mysterious girl he met when he was young could have had such a dramatic change on his life was surprisingly believable. There's an element of butterfly effect going on. Without his maths improving he wouldn't have gotten better at school, where he wouldn't have gotten into the better high school, which meant he would have never met Shinobu and Hanekawa and turned into a vampire and so on and so forth. It's a nice piece of chaos theory in action, which I'm sure our maths loving buddies in this show would love. 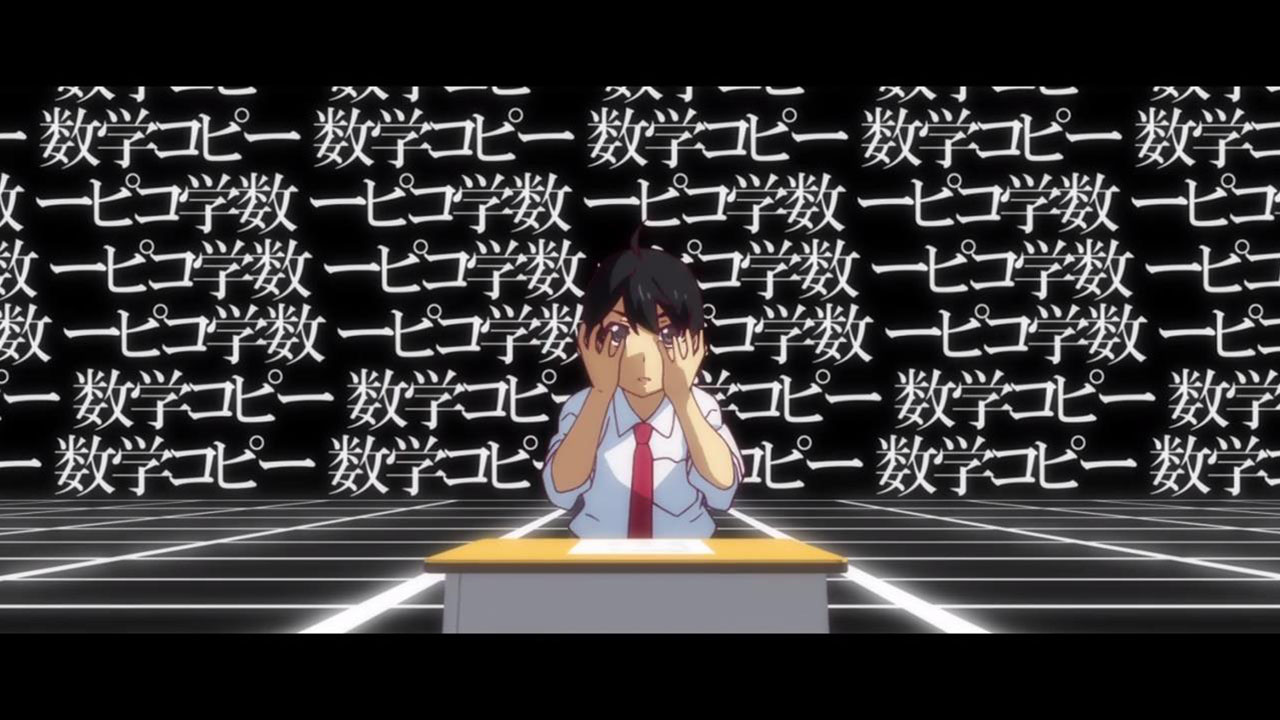 The maths riddle theme has been running through his whole arc, as though twintails is a mysterious maths problem that needs to be solved. I'm waiting to see how much maths figures into the final solution to this puzzle, since it doesn't appear to be solved just yet, at least judging by what Hanekawa said at the end of the episode. I guess Nisio must really like maths himself since it does appear to be coming through in the writing. He does seem like he derives genuine enjoyment from these maths puzzles and the beauty that comes from a simple solution. I bet he's fantastic at Professor Layton games. For those struggling with why the 3-door shtick results in it being better to change your door choice, I'll explain it in the way that helped me wrap my head around it when I first heard of it. It's easier to consider if you had 1,000 doors and you had to pick one. Then 998 doors opened showing the wrong answers with only your original door and one unopened one. The answer here is much clearer that you probably chose the wrong door the first time, so the second chance is obviously not 50/50. This will probably figure into the final solution eventually. Maybe Araragi will have 3 possible answers for why twintails hate him, pick one and then she will tell him which of the other two is not correct. 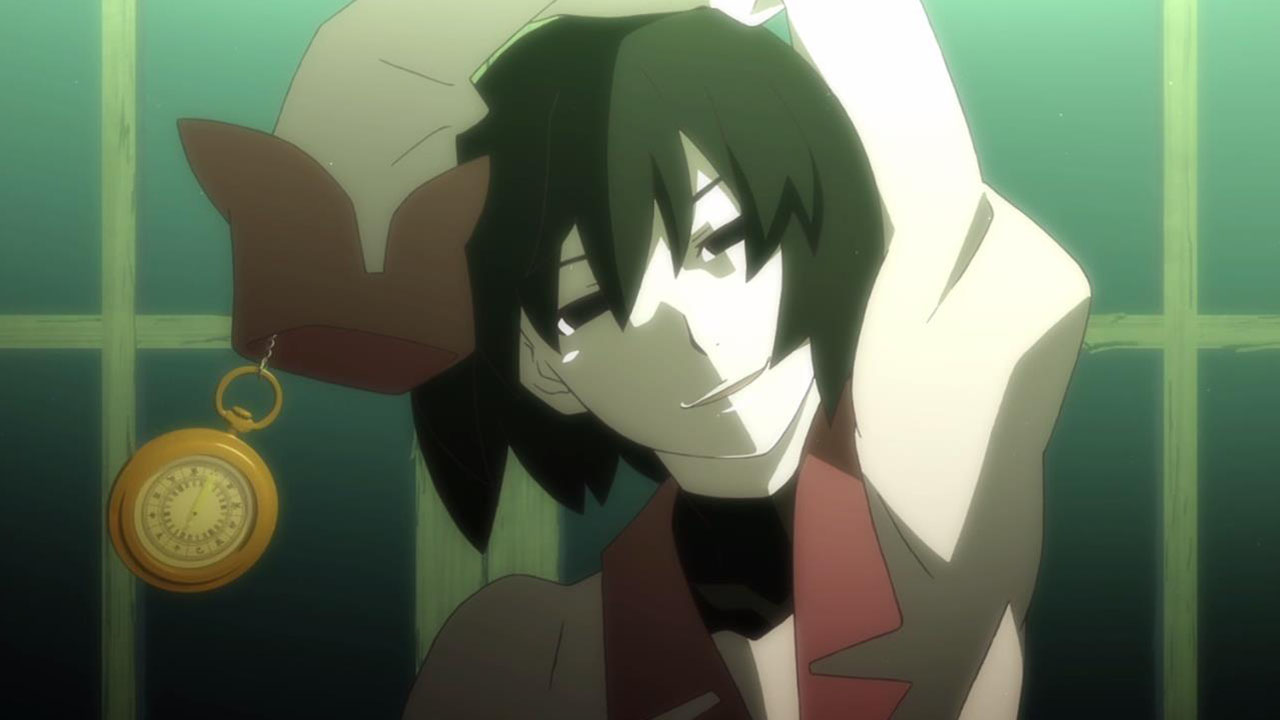 It's all been interesting for Araragi, which is just as well because Ougi isn't displaying much personality worth exploring. Oh yes I didn't use that Walking Plot Advancement Machine line lightly before. She basically exists to prod Araragi into revealing more about his own character. That was Araragi's job in Bakemonogatari mind you. He talked to ladies and found out more about them. But back then Araragi had an arc of his own. Ougi sorta doesn't, and in this episode it was incredibly clear just how little we learned about anything on her. I like her when they start depicting her as this messenger of satan, but this episode she just hovered around and prodded Araragi. It meant a lot of the conversations between them felt a little too dry, like we were being delivered information through an infodump rather than an entertaining back and forth. I'm sure there's a good plot reason why this has to be Ougi rather than, say, Senjogahara visiting the old house with him, but I can't lie and say it wouldn't be so much better if this was Senjogahara probing into Araragi's past.

Don't forget to join the discussion for Owarimonogatari Episode 3 here!