The Mysteries in Detective Conan

In nearly 800 episodes and counting of Detective Conan (Case Closed), Conan Edogawa has solved several kinds of mysteries. Find out more about the mysteries that Conan has solved over the years!

Detective Conan is an anime series where the protagonist, Conan Edogawa, comes upon various cases and is usually the only one able to solve them. Read on to learn about the different kinds of mysteries that Conan has solved over the years. 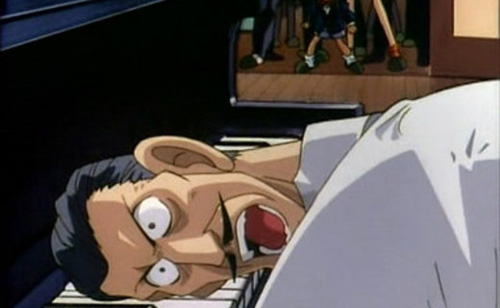 The most common kind of mystery that appears in Detective Conan is a murder investigation. In fact, the very first episode in the series includes a murder case.

One of the more memorable murder cases to appear in Detective Conan is in the episode, “Moonlight Sonata Murder Case.” In this story, Kogoro Mori receives a letter from a client named Keiji Asou that asks him to investigate something on Tsukikage Island. When Kogoro, Ran, and Conan arrive at the island, they learn that Keiji is a pianist who has been dead for 12 years. It turns out that two deaths have occurred at the same piano while “Moonlight Sonata” was heard, and the islanders believe the piano is cursed. When more murders happen while Kogoro, Ran, and Conan are there, they investigate and Conan figures out the truth. In a surprising twist, it's revealed that the murderer is Keiji's son, who was disguised as Dr. Narumi Asai. The motivation for the crimes was a heartbreaking one that actually caused Conan to reflect on what happened. 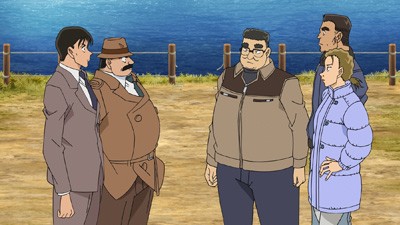 Every once in a while, Conan manages to stumble upon an investigation where there was an unsuccessful attempt at taking someone’s life. Unfortunately, this is nowhere near as common as Conan finding a victim after they’ve already passed.

In “Teimuzu River Kite Flying Case,” Dr. Agasa takes Conan and the other Detective Boys to a kite flying competition. During the event, a man named Renno falls into the river through the fences that have no rope on them. Conan deduces that this was a carefully planned murder by someone Renno knows. It falls into the realm of attempted murder, since Renno survives the attempt on his life. 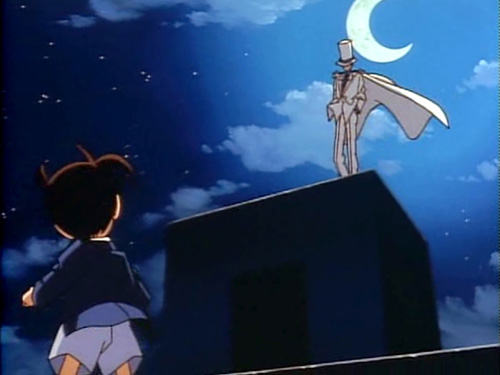 Sometimes, Conan comes across a theft and helps to solve the case. In the series, quite a few of the thefts involve Kaitou Kid, a gentleman thief who is a master of disguise and uses magic tricks to commit his crimes. Conan has encountered Kaitou Kid enough times that the he has become an adversary for Conan and his sleuthing abilities.

In “Conan vs. Kaitou Kid,” the family of Ran’s friend, Sonoko, asks Kogoro to protect their priceless piece of jewelry, the Black Star, after receiving a coded letter from Kaitou Kid. The Black Star, along with other valuables, is being displayed at a museum where it’s believed that Kaitou Kid will strike. Conan encounters the gentleman thief on the rooftop of the museum before Kaitou Kid can commit a crime, but he leaves saying he’ll board a ship that will be carrying the Black Star. It’s decided to give fake Black Stars to everyone on the ship, and it’s up to Conan to try to figure out who Kaitou Kid is disguised as and who is wearing the real Black Star. 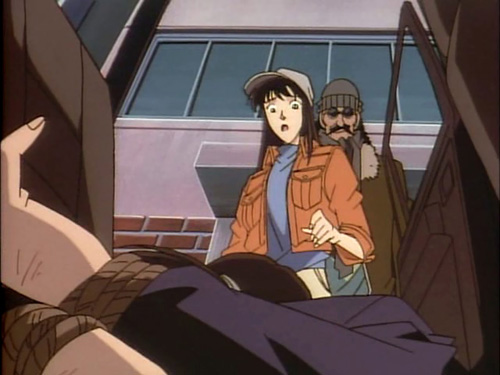 Conan has also aided the police in solving kidnapping cases over the course of the Detective Conan series. While most of the cases involved people that Conan doesn’t know, there have also been times where members of the Detective Boys, and even Conan himself, are the victim.

One of the most memorable kidnappings takes place in “The Kidnapping of a Popular Artist Case.” Conan and the Detective Boys meet Minami Takayama, the singer for the band Two-Mix. They witness Minami being kidnapped and see that her partner, Shiina Nagano, has also been captured. Conan comes up with a plan to try to save them, and he relies on the other Detective Boys to cooperate with Inspector Megure. 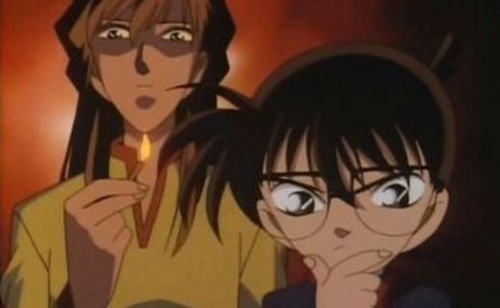 During the series, Conan has investigated a handful of cases that have to do with arson. The first arson he looked into happened in “The Memories of First Love Case.”

In this story, Conan, Ran, Sonoko, and Kogoro attend a birthday party for Asami Uchida, an old classmate of Shinichi’s, which is being held at a rented bungalow. But after Asami receives a fax, she declares she’s not feeling well. One of the other guests suggests that the others go to a nearby karaoke parlor so Asami can rest. But when they return to the bungalow, they discover that it’s on fire. Asami is rescued, and it’s up to Conan to determine how the bungalow was set on fire and who committed the crime. 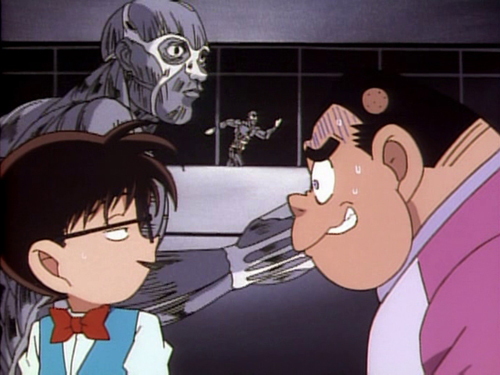 Every once in a while, Conan is brought into a mystery where it appears strange events are happening due to a supernatural phenomenon. But every time, Conan determines what’s truly causing the unusual events to occur.

In “The Seven Mysteries of Teitan Elementary School Case,” the kids at Teitan Elementary talk about strange things that have been happening at the school, including an anatomy figure running around at night, dolls appearing in the hall with students’ names on them, and a missing Vice Principal. The Detective Boys decide to sneak into school one night to solve the mystery, and they discover the truth behind the strange occurrences. 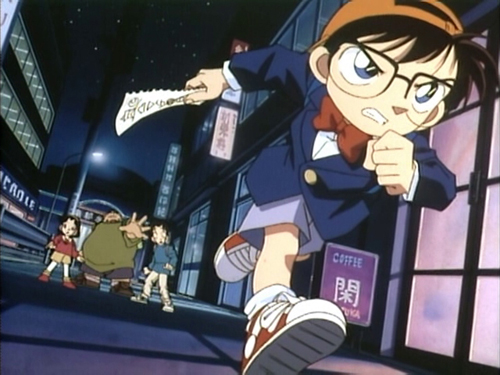 Usually, the scavenger hunts only happen when Conan is with the Detective Boys. They begin with one of them coming across a map or a clue that leads them to the start of a scavenger hunt.

In “The Coded Map of the City Case,” Conan and the Detective Boys find a piece of paper with symbols and the word “oro” written on it after visiting an exhibit on hidden treasures. They follow the map and figure out that the clues refer to neon signs on buildings in the area. But what they discover at the end of the hunt isn’t what they expected.

As you can see, Conan Edogawa has investigated mysteries that encompass several types of crime in Detective Conan. But it seems to be guaranteed that no matter where Conan goes, he’ll come across some kind of case that requires his sleuthing skills.

Zhiend is post-rock band that is featured throughout the Charlotte anime series. Who are Zhiend and why did Jun Maeda choose to use them in the show? Let's tremolo pick our way into the details.

Inuyasha and his companions visited exotic locations all over Feudal Japan during the series. While most of these places had minor relevance beyond housing the jewel shards, four had great significance to the characters and storyline. Here’s a look into these important locales.