Catching up with Classroom☆Crisis - Episodes 1-3 Recap

About Classroom☆Crisis: Animation studio Lay Duce had a great idea for an anime about a small company branch being hit by severe budget cuts and how they cooperated to turn things around. Then some businessmen told Lay Duce they wouldn't be allowed to make an anime unless it was set in high school. 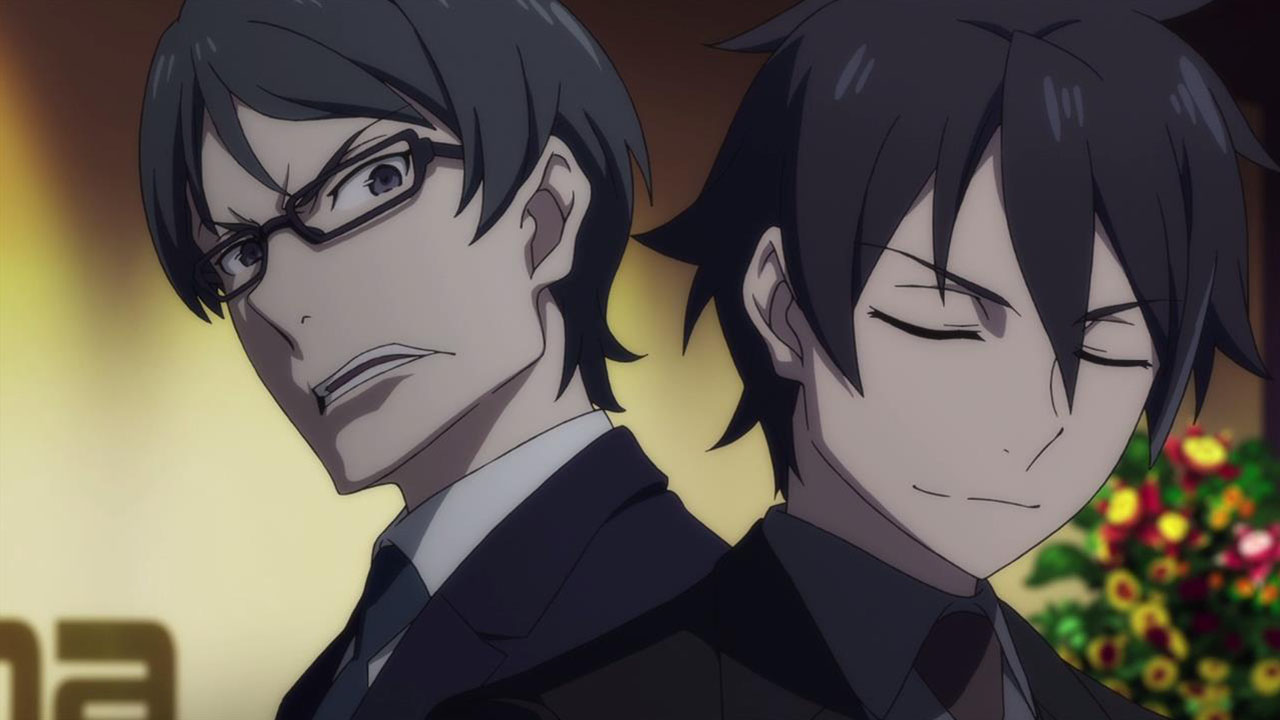 The hype behind Classroom☆Crisis was about the size of a mosquito's fart. Coming from the completely unheard of animation studio Lay Duce, whose only previous work included a 4 episode adaptation of a phone rhythm game, the original promo material promised a "school x work romantic comedy" and "adolescent vignette about the troubles and tribulations of high schoolers on salary". Nothing there to really set the heart racing and barely a horse with breasts in sight, the true way to get anime fans hyped if the current season is anything to go by. Perhaps they should have mentioned that Classroom☆Crisis is a commentary on the destructive Japanese salaryman experience where you devote yourself to a single passion as part of a corporate structure only for a suit to call all your work useless and leave you with nothing. With a little bit of Margaret Thatcher's closing of the coalmines thrown in for good measure.

The story so far is about A-Tec, a high tech division of the Kirishina Corporation that specialises in developing vehicles for space formula one. Just imagine them as one of the crew behind one of the racers in Redline, except they have giant corporate backing with unlimited funds rather than just illegal gambling money and a giant pompadour. The problem is their unlimited funds came because of a generous overseer who no longer holds that position. Kirishina Corp realised just how much money they were blowing on this passion project and sent in one of their top men to either drastically reduce their running costs or shut the whole damn thing down.

Then some suits went to the crew at Lay Duce and said this anime you have come up with sounds fascinating and everything, but by law at least 90% of anime coming out every season has to be about highschool students, and unfortunately we are not one of that 10%. So the writing crew had to go back to the drawing board and retool their story idea to now be about teenagers. 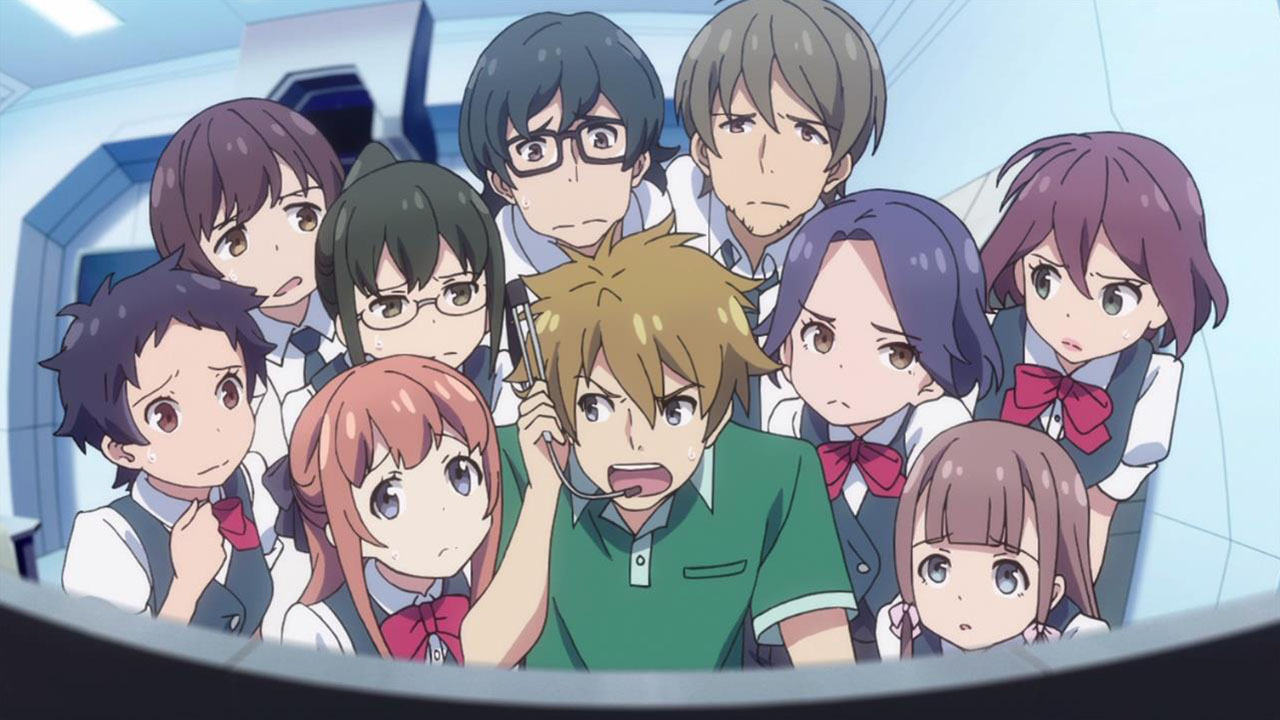 Instead of being a division of a corporation, A-Tec is now a highschool class. They are still part of the Kirishina corporation, but instead they're basically there on scholarship. Kirishina pays for their education but at the same time they have to work for Kirishina, designing new engines and learning on the job. Their boss is now their teacher, a prodigy as a teenager who is so used to being given what he wanted due to his status as a prodigy, that he can't comprehend that he might have to start justifying his equipment demands to his new superior. Oh, and that new superior? They're also a highschool student. A new mysterious transfer student obviously, because a subsection clause of the Japanese government's law about highschool anime is that said anime must include a mysterious transfer student.

There's a lot more going on behind the scenes though to keep things interesting. Kirishina Corporation is a multi-planetary corporation so obviously they are ruthless and evil. You don't get to be a giant corporation without knifing a few people in the back. So in some of their tiny asteroid mining operations, they are cutting all these miners as part of their downsizing to remove unprofitable enterprises as ruthlessly as possible. In the future I guess labour laws and unions aren't up to much because the miners can do little else but stage a worker's revolt and take a hostage until they get their back pay. This is where a touch of the Thatcher's Britain comes into play, except in this scenario the north east of England is now a desolate asteroid (not so different then doh ho ho I'm so witty).

It is a little hard to feel sorry for A-Tec and Sera, their slightly dopey boss who gets excited listening to his own inspirational speeches and looks a lot like the lead from Samurai Flamenco. He barges into meetings and demanding money for equipment without any justification for their uses despite their enormous costs. Nagisa, his new teenage boss, is probably well within his rights to slap his requests out of his hand. But losing your job and education is not something you would wish on anyone. So the guy is going to have to learn how to work under a smaller budget or abandon his dream altogether, and so far he's doing a rotten job of that. 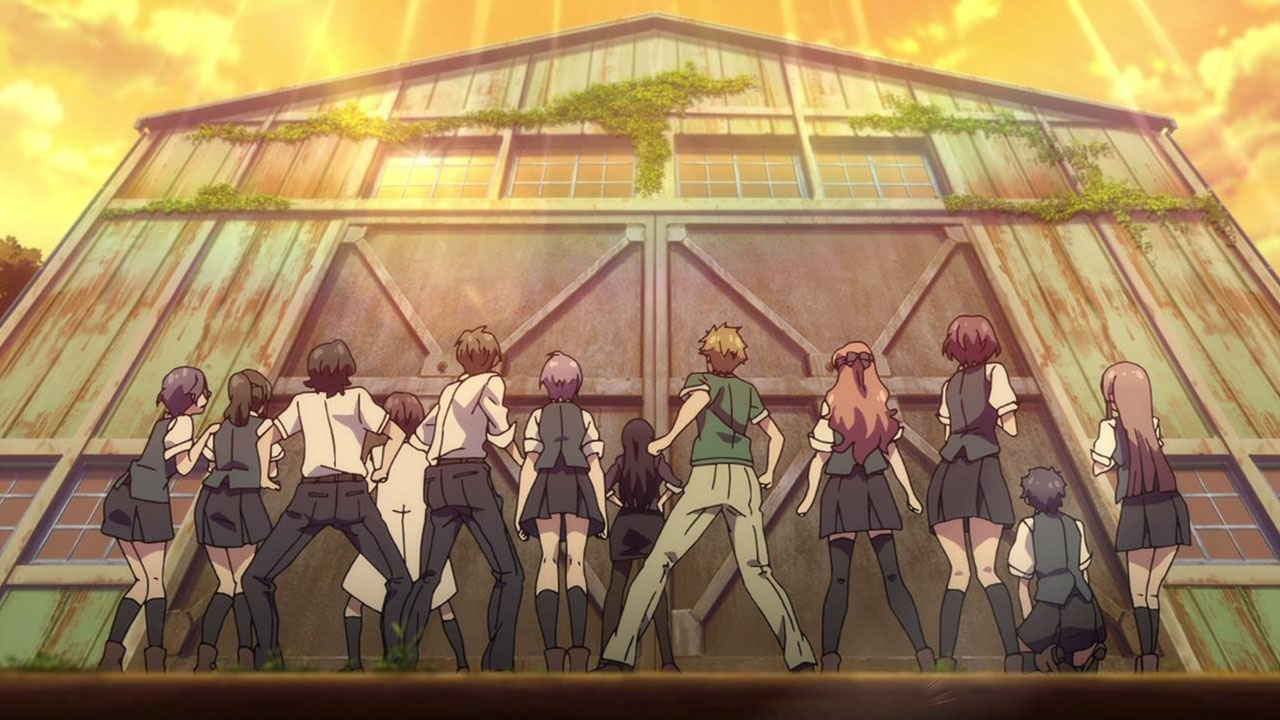 That's where episode 3 leaves us. Dropped out of their high tech research facility and relocated to barely more than a tractor shed, half their class deciding they had enough and getting the hell out of this burning train wreck (coincidentally the half of the class with less characterisation done before now, funny how that always happens), they have managed to hit rock bottom. I'm assuming from here on Sera and his band of misfits will turn things around, gain the respect from his boss and make the most awesome Redline car the world has ever seen. Either that or this isn't actually rock bottom and Sera fails to convince the rest of his class to stay and follows the his gradual slide into depression until it ends with him hitting a spanner repeatedly against the wall of an empty shed with his dreams shred to pieces. That probably won't happen, but boy would it be some anime if it did.