xxxHOLIC tells its story in the supernatural realm with heavy overtones of Shinto philosophy that proves to be an overarching theme of the story. Let's take a look at xxxHOLIC's connections with Shintoism. 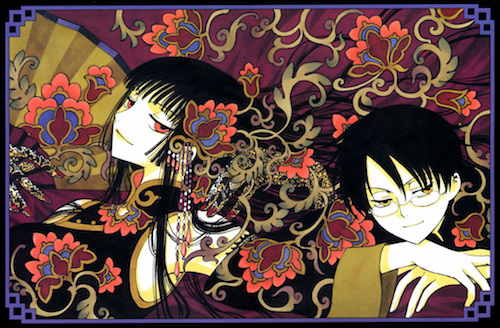 This is an overview of xxxHOLIC for old and new viewers alike. The story follows Watanuki Kimihro, the young protagonist who can see all sorts of supernatural spirits and creatures. He doesn't enjoy this gift and he wishes for it to be gone. It isn't until the day he meets Yuuko, a powerful witch who runs a shop and can grant a variety of wishes, that his wish may be granted. Considering the fact that xxxHOLIC is based of the spirit realm, the show has a way of realistically portraying the world. There are a variety of spirits that the main characters encounter in the show. Just as there is a vast range of human personalities in the world, there are many different spirit personalities.

In order to pay for his wish, Watanuki has to do an assorted amount of tasks for Yuuko. He goes out with his friend and rival, Shizuka Domeki, and the girl he has feelings for Himawari Kunogi. As they go about these tasks, very important lessons about life are learned through the spirits and people they encounter. One such instance was when a habitual liar came to the shop. This woman had many different boyfriends who she would change herself for. When she was confronted by all of them she didn't know what to do and had a breakdown of her conscious. The lesson to be learned here was to be true to one's own self. If people go about lying to themselves and wearing different visages of themselves, how will they know who the true individual is anymore. As evident by philosophical notions like these, this series has a great tie in to thinking about the deeper issues which leads viewers to the next important concept that relates with more Shinto's influences. 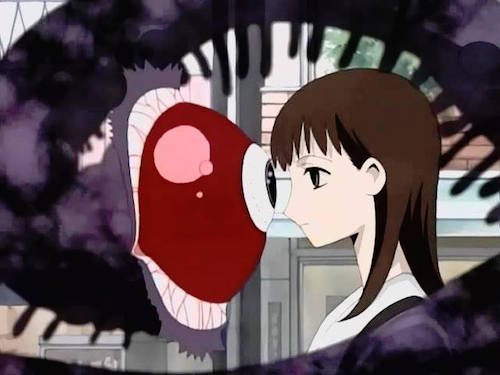 Something that is constantly referred to in the show is Hitsuzen also known as destiny. It is the incredible idea that all sorts of actions, no matter how small they are contribute to a greater whole list of events. That is to say choosing to wake up at a different time or going left instead of right all lead to the inevitability of your path in the universe. This type of predetermined destiny pervades through all of the series and is something the show wants viewers to take note of. What is interesting then is how it brings us to the shows connection with Shinto. 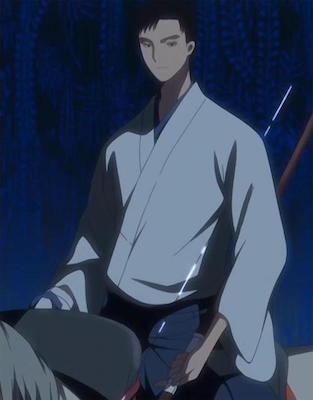 Shinto is a vastly practiced religion as well as way of life in Japanese culture. It differs from western forms of religions because Shinto can mean a lot of other things to different people. As stated earlier xxxHOLIC deals with the spirit realm and the connection between both worlds and how they aren't that different from one another. This is evident in the way the series portrays the shop that Yuuko works at. From the outside perspective it looks like an ordinary place, albeit an eccentric one at that. This shop exists in the outside world, but this all changes when entering into the inside of the shop. The inside of the shop is a strange and mysterious place. It exists upon a different realm as spirits come and go here. Also another important aspect being, people like Watanuki being able to have their wishes granted inside a place like this. This idea of non separateness between different realms of the world is an important aspect of Shinto religion and culture.

In Shinto there is a belief or idea of Kami. Kami is a spirit or essence of humanity and other types of life forces on the planet. This can be seen in the different types of supernatural creatures Watanuki comes across. It is a paradox as the spirits are seen as separate from the outside, but at the same time are actually just as real as the physical world. This theme is evident as Watanuki learns more about the spirits in the process of helping them and trying to fulfill his own wishes. There are also different sects of Shinto which all deal with different parts of the religion. It can be argued that the aspect of religion mostly portrayed in the series is Folk Shinto or Minzoku-Shinto. This form of practice is confined mostly to rural areas and has differing local practices to it. It does not have an organized structure and that has what allowed it to spread and change in different environments. Shintoism is a tolerant religion and accepts all other forms of belief with a sort of reverence. In folklore Shintoism, it deals with the ideas of spirit possession and shamanistic practices. Many of the main characters and places have a folky aesthetic and mystical feel to them. Yuuko's shop being a prominent example of this as well as the Shinto temples that some of the characters call home. 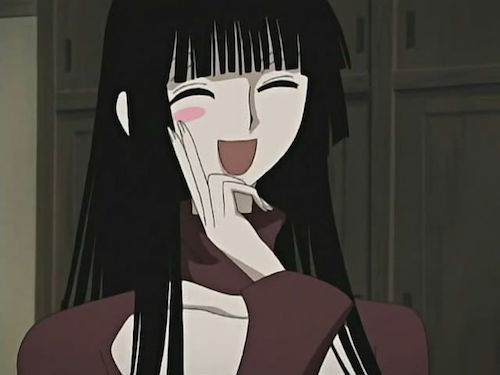 Aside from the overall philosophical connotations of Shinto belief, the Shinto influences are most vividly and openly seen through a few select characters. Here are some of the characters that should be taken note of and some of their backgrounds in relation to Shinto.
First lets dive a little deeper in an analysis of Watanuki Kimihiro and his connection to Shinto Influences. First off it is known that Watanuki has the ability to see spirits and this haunts him all of the time. He was orphaned at a young age, and is off living on his own. Working for Yuuko is an honor to him as he sees himself as purifying the spirits around him and being supportive of the people Yuuko helps through her wishes. A Shinto aspect this touches upon is the fundamental Ethos of purity. When someone is pure in their heart than they will transfer that purity to the spirits as well. This could very well be the reason that Watanuki is essentially "the chosen one" and can communicate with these spirits. He is displaying one of the most important aspects of Shinto, the pursuit of being pure with the world around you.

Yuuko is the matriarchal figure of the series and is a connection between the spirit world and the physical world. Early on in the series one of her main functions as a character was to be the wish granter for those truly in need of it. People pay her in deeds and then they are off on their away after their wishes are granted. Yuuko takes a special interest in Watanuki as he pays off his debt gradually to her. In this way she serves symbolically as a force of redemption.

There is also Watanuki's inner circle who help him on his pursuit of spirits and doing tasks for Yuuko. As mentioned earlier one of these people is Kunogi Himawari, his love interest. She is sweet and kind to Watanuki and Shizuka, but can't realize the feelings that Watanuki harbors for her. An interesting tie in to Shinto with her is her aura of bad luck. When she was younger she went to a Shinto priest to learn why bad things would happen around her. It was clear that there was some negative spiritual energy around her that affects her.

An important character who is deceased, but plays a major role through the series is Haruka Domeki, a former Shinto Priest. Haruka lived in a Shinto temple that his alive grandson currently resides in. He instructed his grandson on the lore of Shinto and various types of myths and other aspects of the religion. Haruka has a special power that his grandson inherited and that was to expel demons from other people's bodies. Haruka contacts Watanuki through dreams and gives him good advice about the world, passing on his Shinto beliefs. His grandson on the other hand is a bit more brash and less responsive to Watanuki. Shizuka doesn't talk too much and looks angry from time to time and at times can be an annoyance to Watanuki. When he is talking a lot it's because he's explaining folklore or talking about some of his Shinto practices. These two characters are visible reminders to the series underlying tones of Shinto that are prevalent through the series.

Overall, xxxHOLIC focuses on many different aspects of Shinto. The idea that energy flows through every living being and it having an affect on people both during and after life as evidenced by the spirits and souls who need their wishes granted. Also with the idea of Hitsuzen leading people to their fates or destiny. A similar aspect to Hitsuzen is the idea of many feelings building up to make up the person. An example of this, is letting negative emotions take over your mind can effect the person. Also habits and other mundane things people do on a daily basis makes them who they are. Only by acknowledging these traits can someone overcome their downfalls and rise to be the greatest they can be. An excellent theme and great relation to Shinto which is a complicated and vast way of life.