Soul Eater is a continuing manga written and illustrated by Atsushi Ookubo. The anime adaptation was brought to us by Bones and was directed by Takuya Igarashi. The anime ran with 51 episodes, airing from April 2008 to March 2009. Prior to the anime, the manga was adapted into a drama CD which was released by Square Enix on August 2005. Namco Bandai Games also released two video games related to the series on different consoles. The spin-off manga titled Soul Eater NOT! also received an anime adaptation which aired in 2014 with 12 episodes. 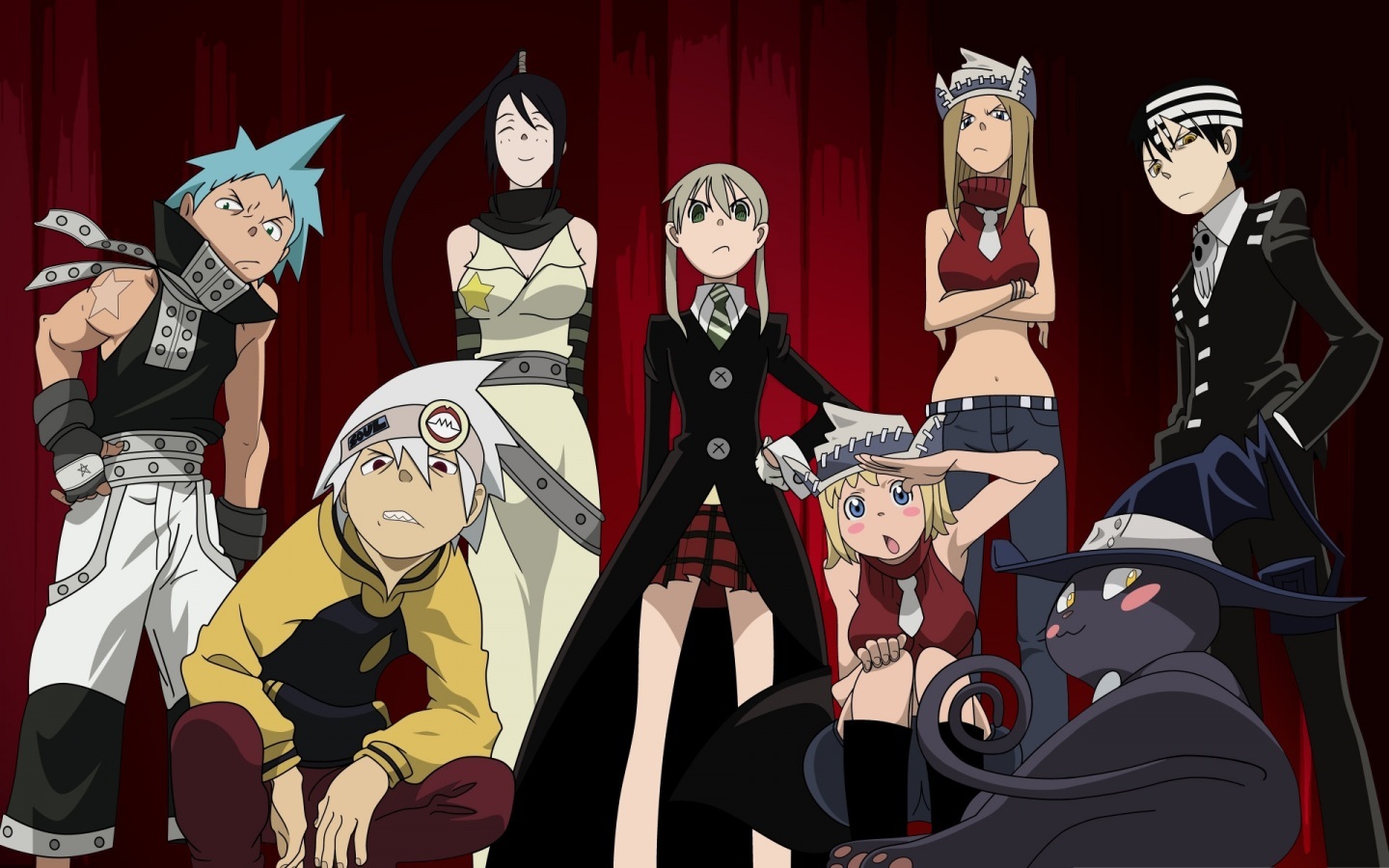 In this anime, there are two classifications of humans: Meisters and Demon Weapons. Meisters are those who use Demon Weapons and the latter are humans who can turn into different weapon forms. The story mainly revolves around three sets of Meisters and Demon Weapons, all are students of the Death Weapon Meister Academy (DWMA). The headmaster is Death who makes use of the ultimate form of Demon Weapons called the Death Weapon. The ultimate form can be achieved if the Demon Weapon consumes 99 Kishin Eggs (souls of evil humans) and one witch soul in that order. If the order is messed up, the Demon Weapon will have to start over. Demon Weapons go by aliases which are based on their weapon form. For example, Soul Evans which takes the form of a scythe is known as the Demon Scythe. I've listed below the different weapons shown in the anime: 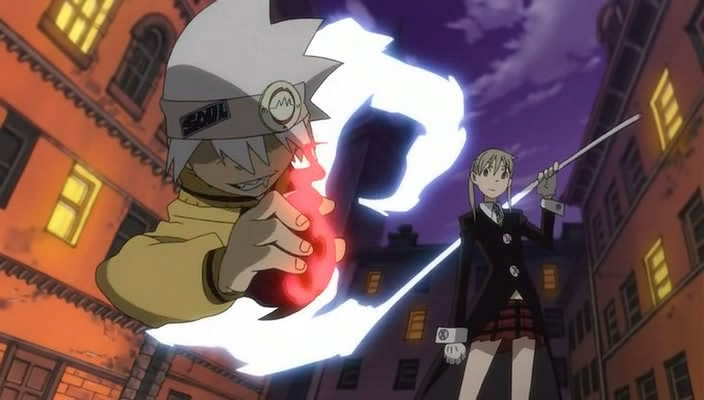 There are numerous Meisters who are efficient in wielding scythe Demon Weapons. Maka Albarn, one of the three main protagonists of the anime, is partnered with Soul Evans. Other powerful scythe-Meisters are Franken Stein, Maka's mother (who doesn't show up but is hinted at), and Death. Death's Demon Weapon is Maka's father, Spirit Albarn, and is said to be the strongest Death Scythe in the academy. Black Star's partner Tsubaki Nakatsukasa (Demon Shadow Weapon), a Demon Weapon who can transform into various forms, can also take the form of a chain scythe. This weapon seems to be the most prominent one in the series, possibly due to the fact that the Grim Reaper, who is portrayed to wield a scythe to reap the human souls, has a huge influence in the story line. 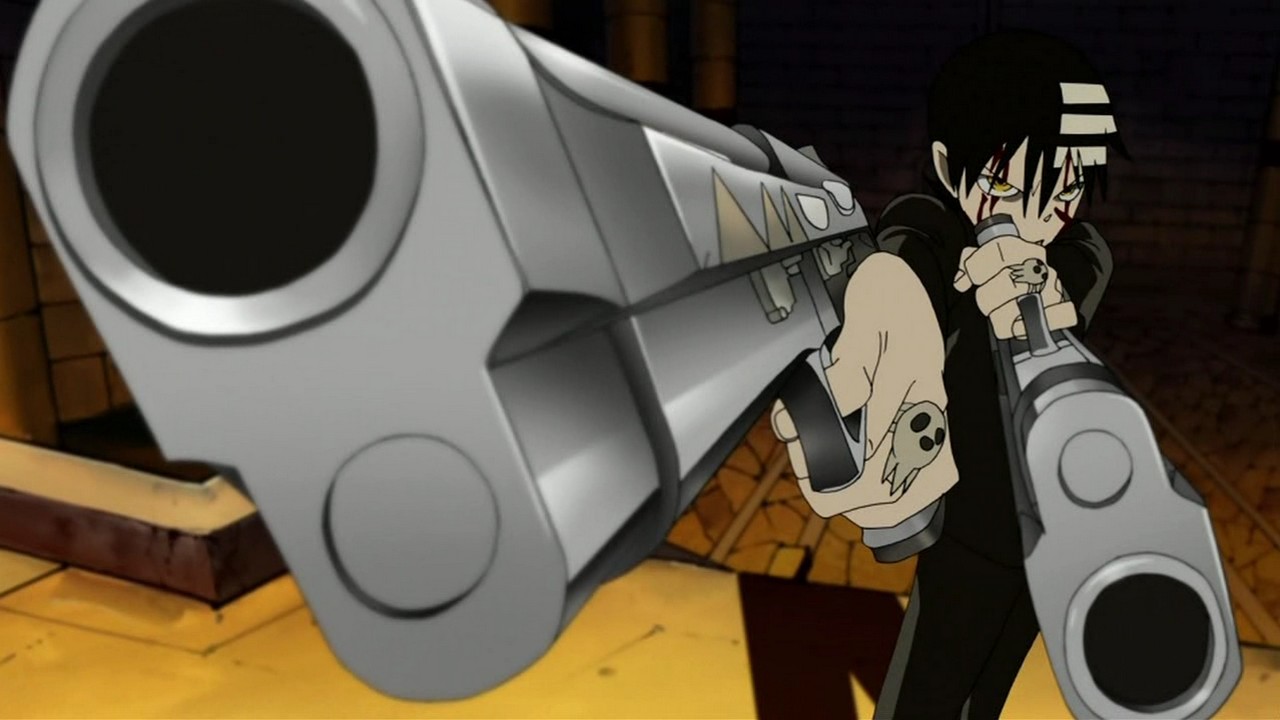 Death the Kid, one of the three protagonists, is a son of Death and is Meister to two Demon Weapons, both of which are guns. The Liz and Patty Thompson sisters are known as the Demon Twin Guns. These guns use their Meister's Soul Wavelength which deals significant damage to the enemy. They collect souls and use them as bullets. Different techniques allow the Demon Twin Guns to deliver more powerful attacks. They are also able to use strong Soul Resonance techniques which is due to the strong bond between them and the Meister. 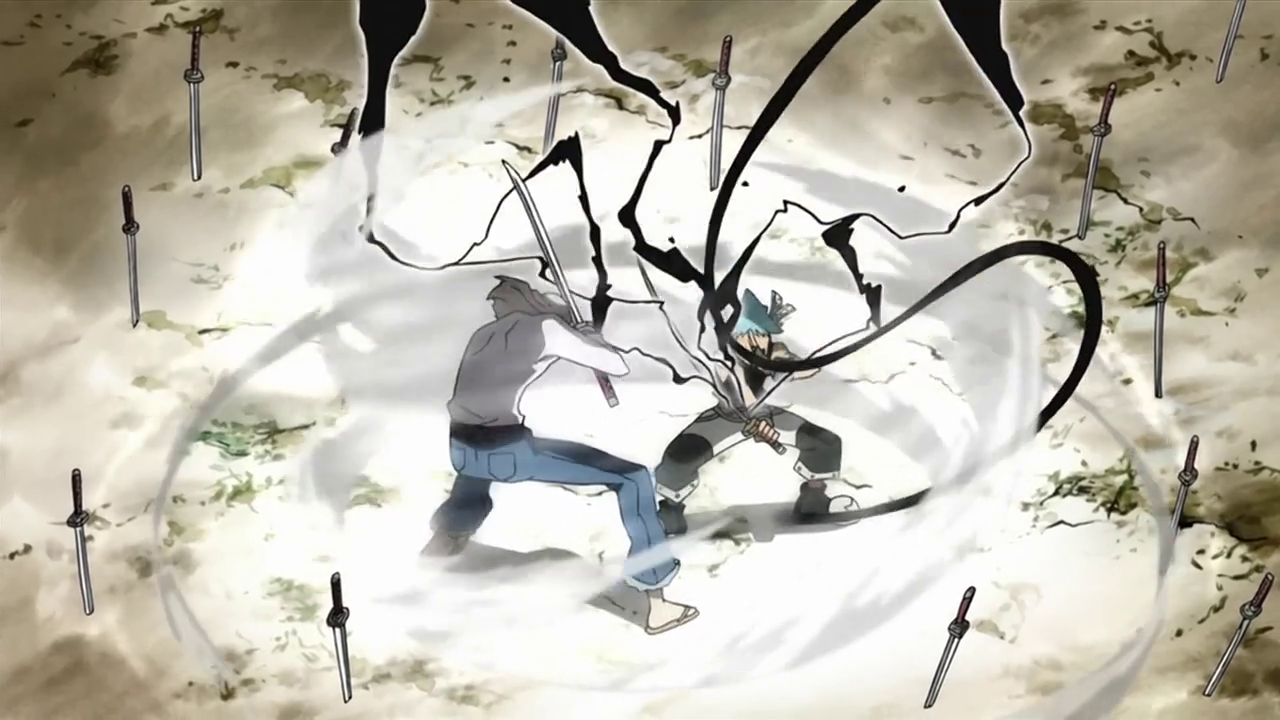 Tsubaki Nakatsukasa can transform into various weapon forms. But all weapon forms are related to Japanese assassins or ninjas. The Demon Shadow Weapon has many modes:

Black Star is highly skilled in using all of Tsubaki's forms and uses them strategically. 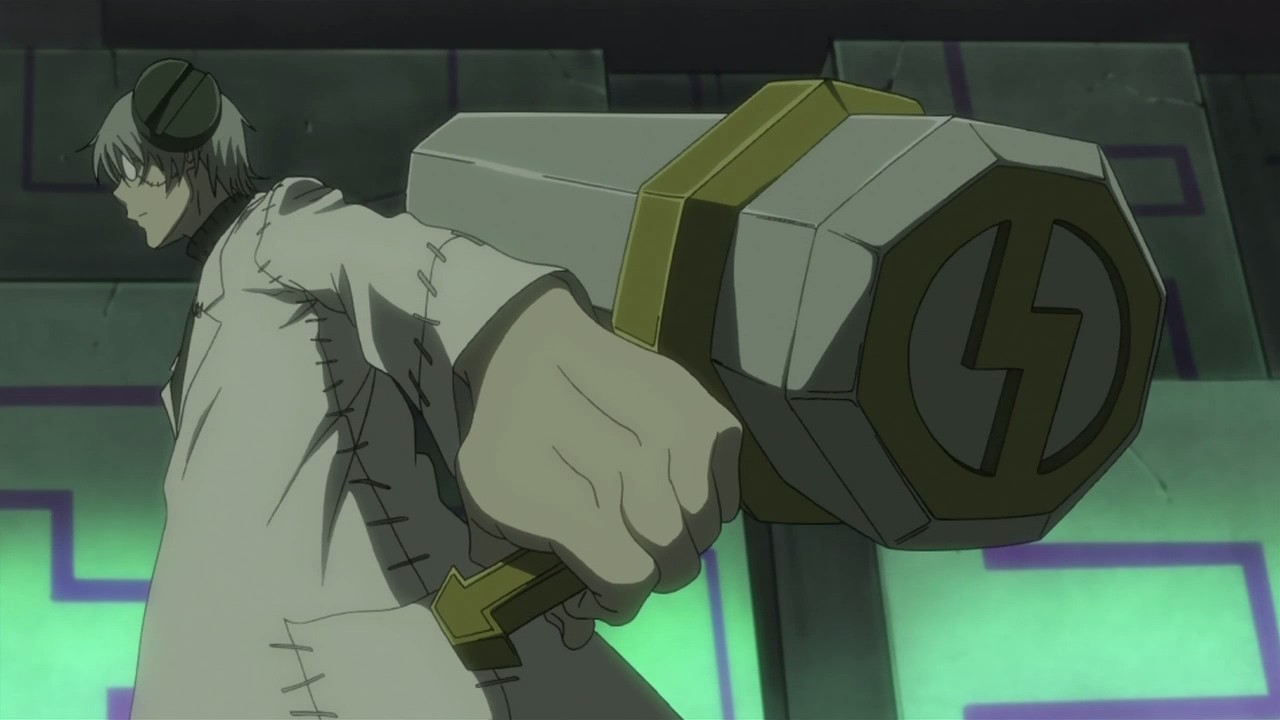 Many fans may recognize Mjolnir to be a fictional weapon in Norse Mythology and Marvel Universe. In Soul Eater, it is the form of a Death Weapon, Marie Mjolnir. She takes the form of a large tonfa. As a Death Weapon, her techniques are stronger than most of the Demon Weapons in the series. Franken Stein is the Meister of Mjolnir.

Lots of other weapons show up in the anime which include:

These weapons are constantly improving and may change their alias if they are upgraded. Aside from the name, their appearance also changes. Other factors such as the Black Blood (weaponized blood) can also alter the appearance and can make them stronger. The techniques can be quite complicated if one doesn't understand the explanations in the series. But, the form and visuals alone are pretty cool.

Weapons in the Soul Eater series are NOT! just a tool for fighting... 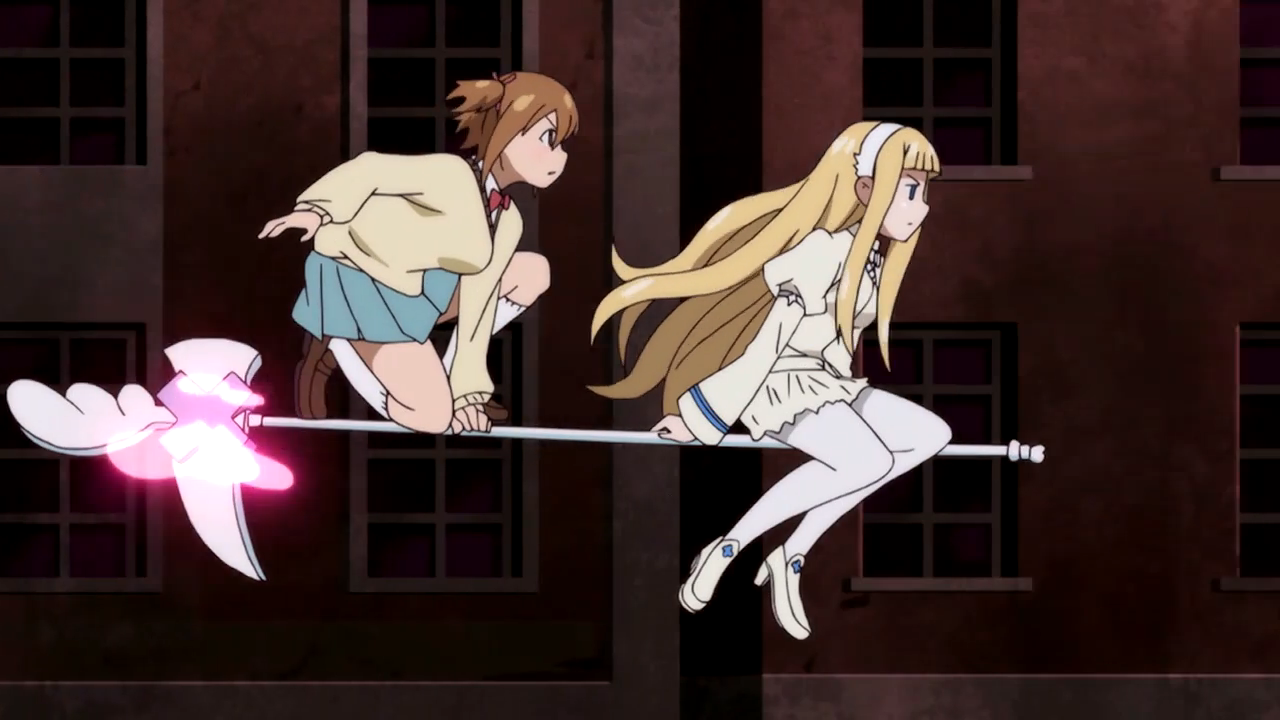