Soul Eater mashes up different cultures into a world with the atmosphere of a Tim Burton movie, and the art style of a crazy graffiti artist. Its creator Atsushi Ōkubo has managed to combine many aspects and character elements of the series with an array of references found in literature, mythology, music, and pop-culture. The series gives us its own interpretations of many famous icons and personas of history. Here we try to list all the fun facts and trivia found in the world of Soul Eater. 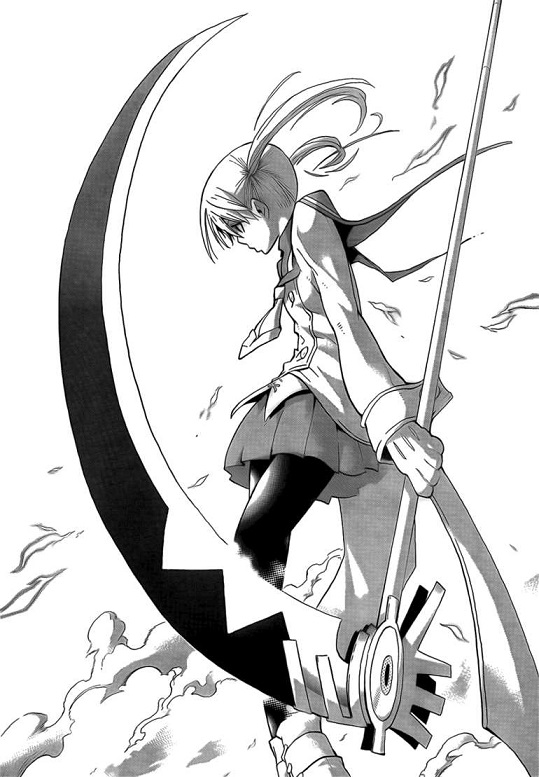 The series' main female protagonist, a student whose workaholic ways are only outmatched by her abilities as a Scythe Meister. Soul Eater is Maka's Death Weapon partner he can turn in to a scythe which Maka uses exceptionally. Despite being impulsive and stubborn he has great synergy with Maka, making them one of the most powerful duos of the series.


As with most characters of found in the series Maka and Soul have their share of references and allusions. Some of which you might not have noticed or realized yet. We can see influences from Atsushi Ōkubo's previous work and the author's love of music, as well as a reference that might be obscure to some. 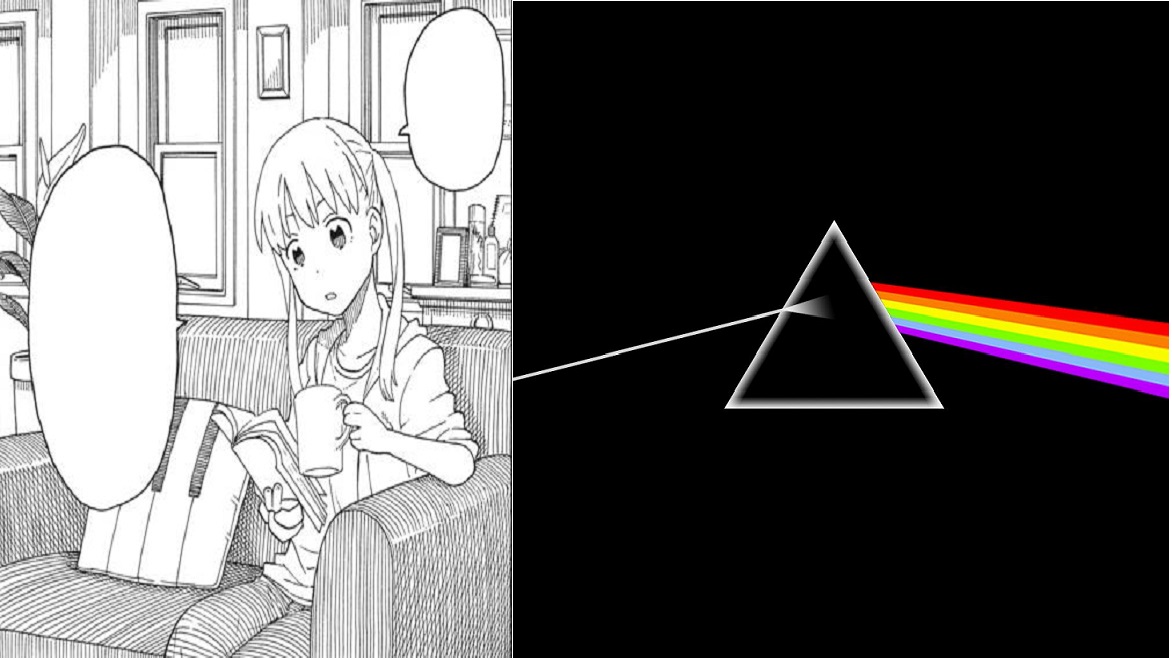 An allusion to the band Pink Floyd is made with Maka's Favorite book entitled "The Dark Side of the Moon," which is the title of the famous band's 1973 album. It’s one of several music references made by Atsushi Ōkubo in the series. 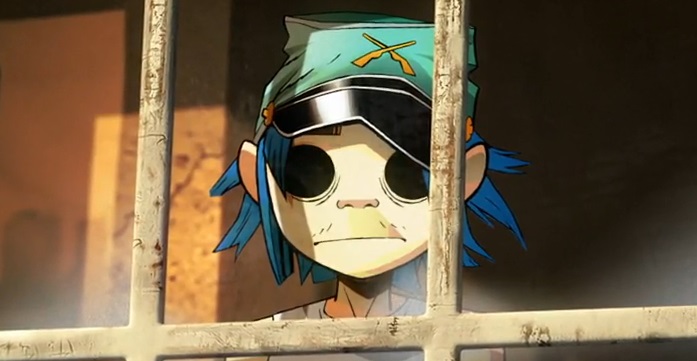 Her last name is a reference to Damon Albarn, a British musician who is the co-founder and lead singer of virtual band Gorillaz. 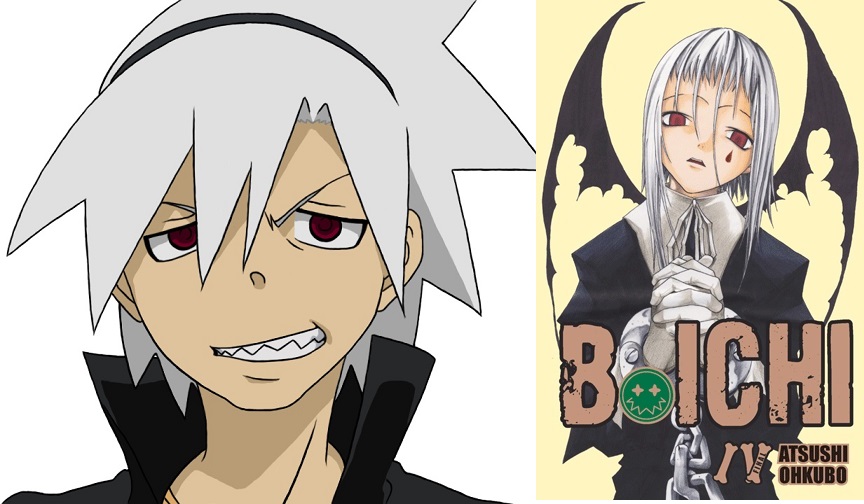 Soul shares resemblance with one of the characters in Ōkubo's previous work, B. Ichi. The character Emine and Soul both have red eyes and wear shoes that have teeth marks on the soles. 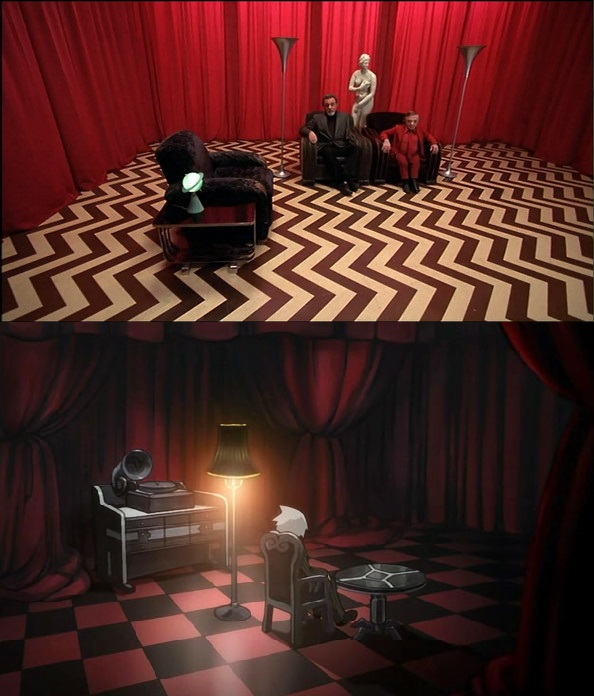 In episode 12, entitled "Courage That Beats Out Fear – Maka Albarn's Great Resolution,” the recurring dream that Soul Eater describes to Medusa has clear similarities to Twin Peaks' red room scene. Both scenes have similar set pieces, and have a dwarf that talks backwards.

Death the Kid and The Thompson Sisters 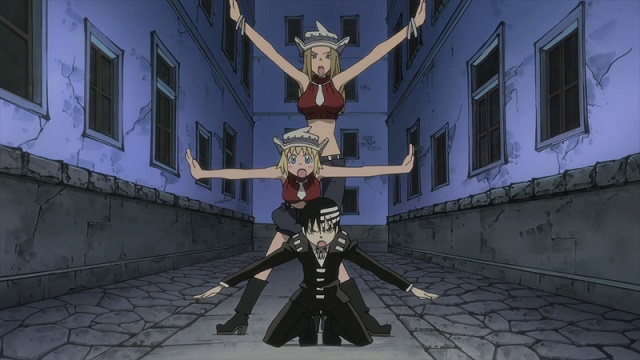 The gunslinger Death the Kid, (also known as "Kid") is the son of Death himself, whose incredible power is only hindered by his extreme obsession with symmetry. The Thompson Sisters are his weapon partners; Liz being the mature and cynical sister, while Patty is the younger and more comical of the two.


Kid and the Thompson sister's names are based off historical figures and real-world objects related to guns. Fitting as Kid is a Gun Weapon Meister and the sister's weapon form are guns. 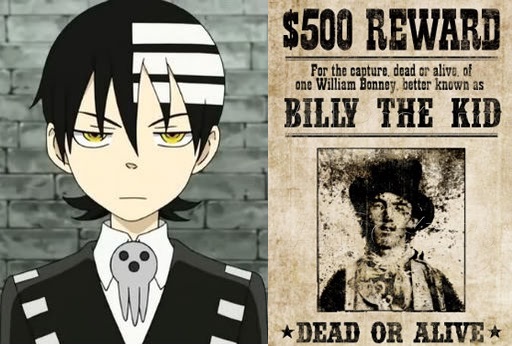 The name "Death the Kid" is a clear reference to "Billy the Kid," an outlaw of the old west, who at a young age already established himself as a feared gunfighter. 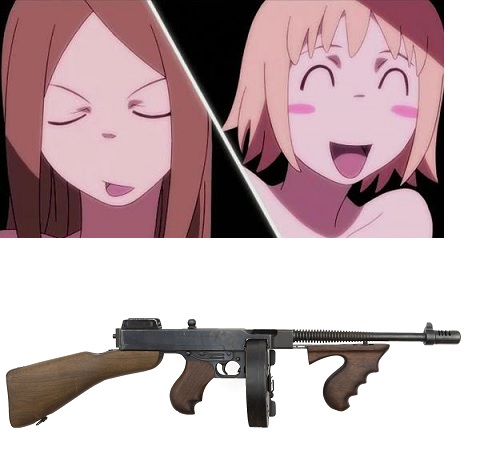 The sister's last name is a reference to the Thompson sub machine gun. The gun was widely used by infamous New York gangsters of the 1920s and 30s, it was famously nicknamed the "Chicago Typewriter."

The Beretta 92FS and the M9 pistols are the real-life counterparts of the sister's weapon forms, which are guns commonly used by the U.S. army. 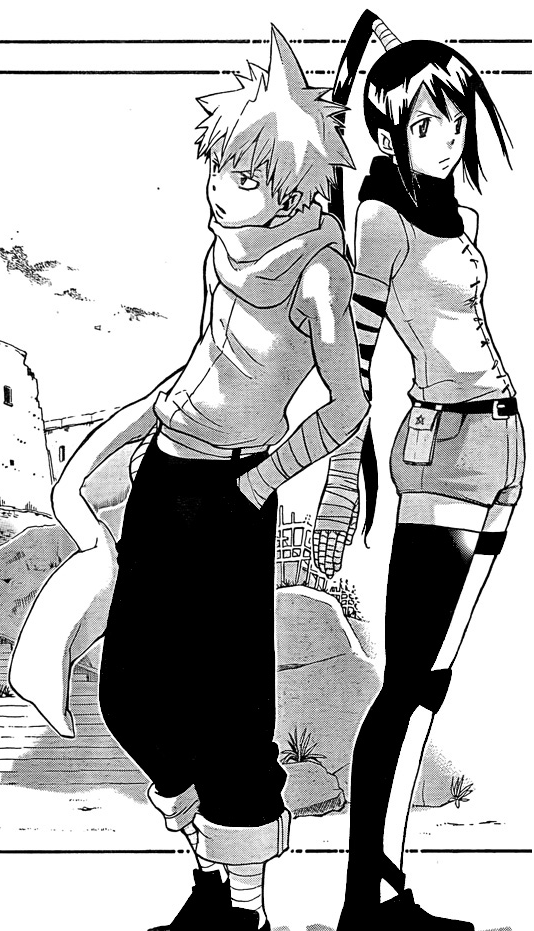 The ninja assassin who has trouble in grasping the concept of “stealth,” and often charges into battle as loudly as possible. His weapon partner is Tsubaki, a Demon Weapon who is calm and patient, and capable of transforming into multiple weapon forms of Japanese origin.

Black☆Star's appearance is based off Shotaro, a character from Ōkubo's previous manga, B. Ichi. They are also fans of Charisma Justice, a fictional character appearing in both mangas. 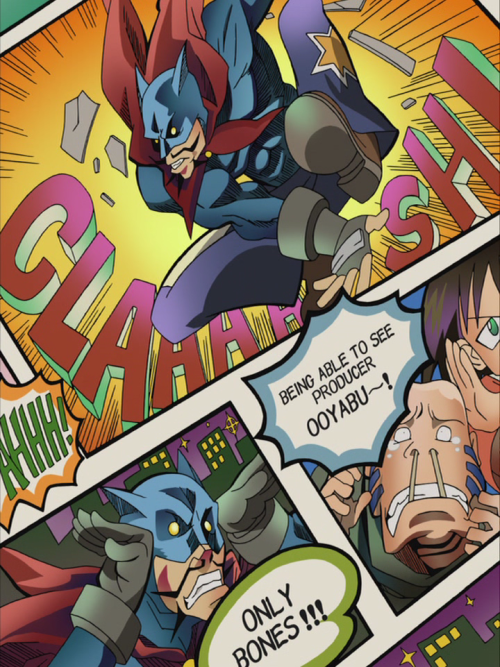 In Soul Eater, he is a superhero found in a comic book in Shibusen's library. In B. Ichi, he is a character who's thought to be only a fictional television superhero, but later revealed to be real and quite powerful. 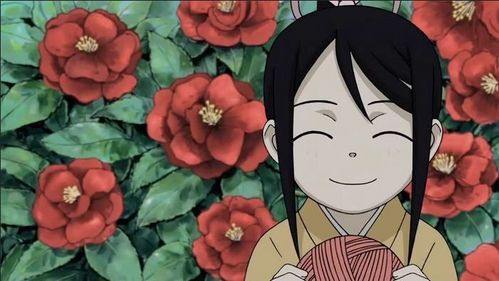 Tsubaki is a reference to the Japanese camellia flower of the same name. The flower also represents love, a trait which Tsubaki embodies, being one of the most caring and accepting characters of the series. 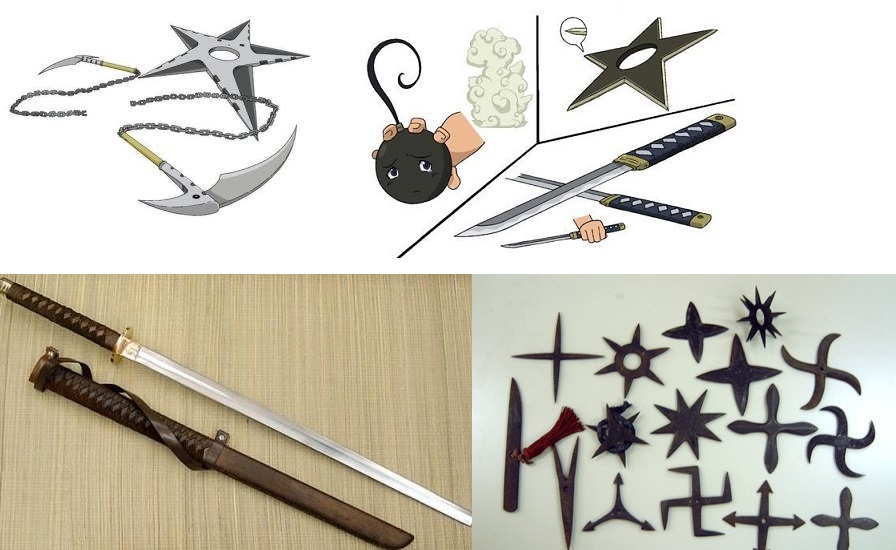 Tsubaki's weapon forms are all based on Japanese weaponry, mainly used by ninjas and assassins around the feudal era. 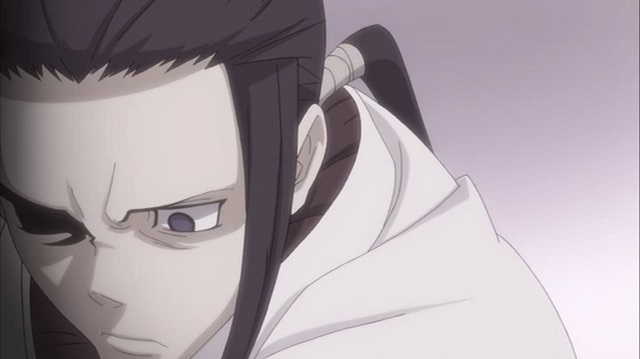 Her brother Masamune shares the name of a famous Japanese sword smith, Gorō Nyūdō Masamune. Masamune is also the name of a powerful katana appearing in the Final Fantasy series, it is usually the most powerful sword found in the game. 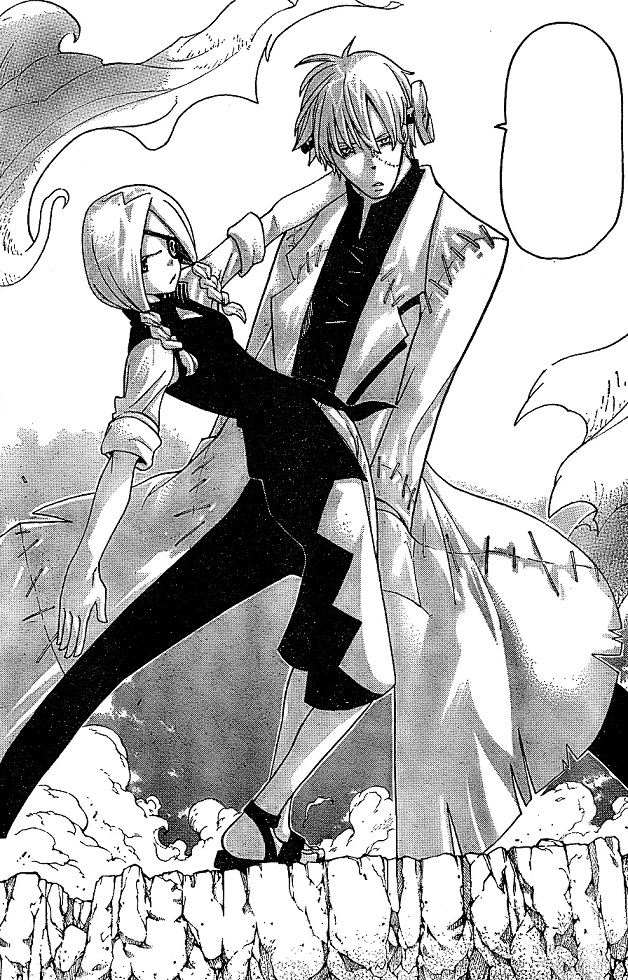 A teacher in DWMA, a skilled doctor, and one of the few characters in the crazy world of Soul Eater whose sanity is questionable. Stein is one of the most powerful Meisters to graduate from the academy. He is the former Death Weapon Meister of Spirit Albarn, and current Meister of Marie Mjolnir, a former classmate who always had a crush on Stein. 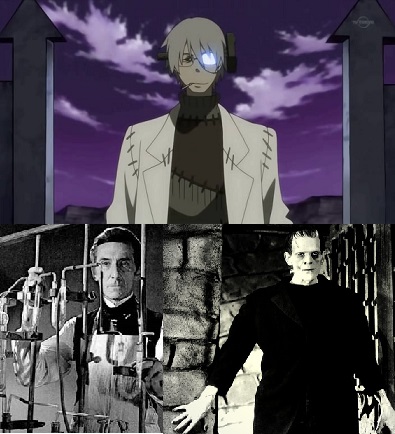 Stein is loosely based on the characters found in the 1818 novel, "Frankenstein" by author Mart Shelley. His character is a combination of Dr. Frankenstein and his monster. The bolts on his head and stitching around his body resembles the physical appearance of Frankenstein's monster found in most of its portrayals in film. His personality and mindset are also akin to that of Dr. Frankenstein himself, being a man of science wanting to twist the rules of nature. 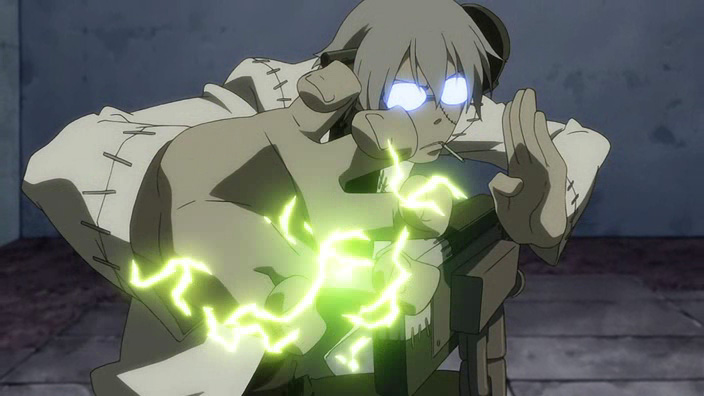 His attacks are often based on electricity, a reference to how Frankenstein's monster was born. 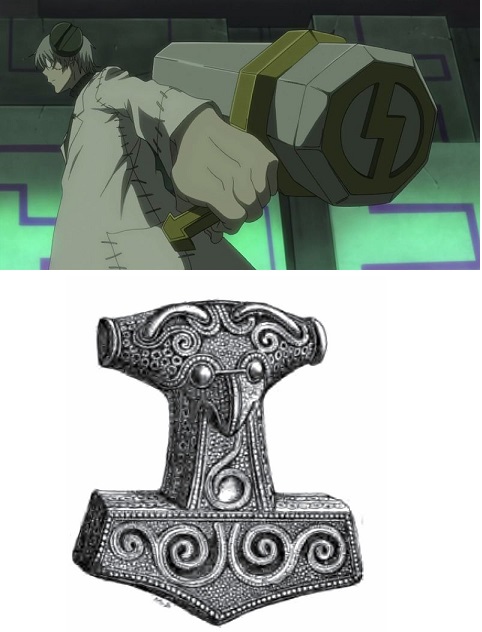 Marie Mjolnir's name and weapon form is a reference to one of the most powerful weapons in Norse mythology, Thor's Hammer. Another allusion to the Norse God is made with Marie's eye patch having the symbol of a lightning bolt, as Thor is known as the God of Lightning. 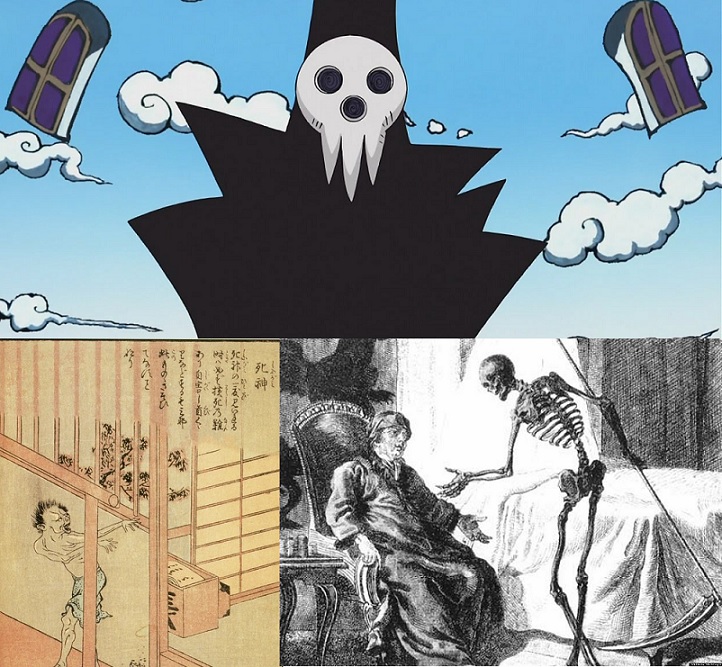 He is the headmaster of DWMA, the father of Asura and Death the Kid, and the God of Death. Death's character draws inspiration from the Shinigami of Japanese culture and the Grim Reaper of western folklore, both of which are attributed to guiding the souls of the dead into the underworld. 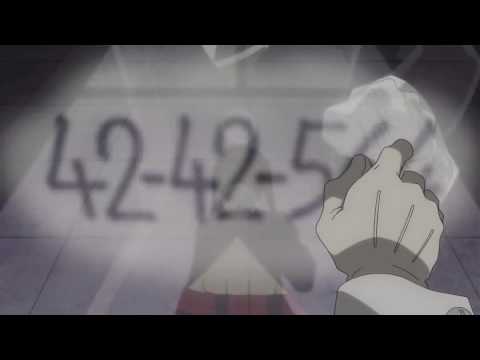 The number to call the Shinigami, 42-42-564 when translated to Japanese reads as shin-shin-koroshi, which in English means death-death-kill. 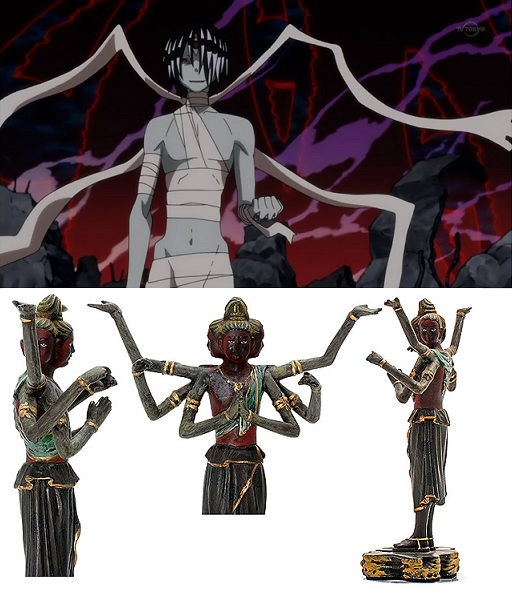 Asura's name and appearance contains several references in Hindu and Buddhist culture, his name is taken from a group of benevolent deities found in Buddhist and Hindu religion, the Asuras. The bandages around his face and body are based on mummification, a practice observed in Buddhist religion. The placement of the floating bandages around Asura also resembles the four arms of the deity. 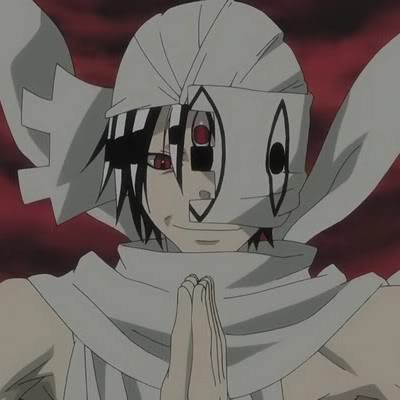 Asura's third eye is a reference to the symbol of enlightenment in the Buddhist faith. The hand signs he uses are similar to a ritualistic gesture in Buddhism, called Mudrā. Vajra, the weapon that Asura uses is a reference to the weapon wielded by Indra, one of the gods in Hindu mythology, it also has symbolic meaning in Hindu rituals and worship.

Other Notable References and Allusions in the Series

Blair, the monster cat that Soul and Maka mistook for a real witch is a reference to the 1999 horror film, "The Blair Witch Project." The film's plot revolved around three film students trying to find a witch, similar to Soul and Maka's mission during the first episode of the anime. 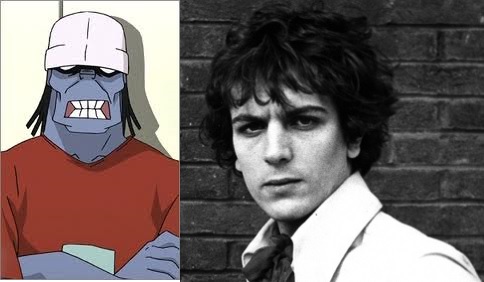 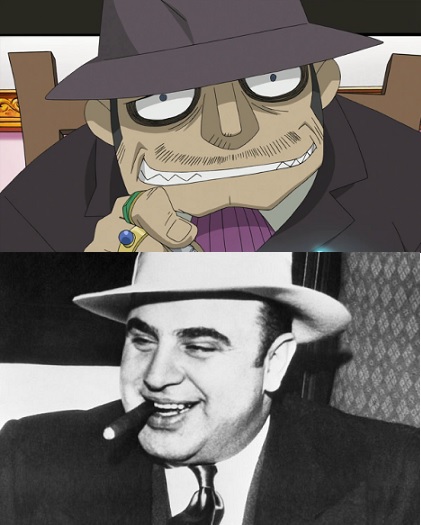 A character that appears in the series named Al Capone is a reference to the famous Italian gangster of the same name. His design is also modeled after the gangster.

In of the episodes in the anime, Death the Kid is seen chasing a master thief named Lupin. A reference to both Arsène Lupin from novels by author Maurice Leblance, as a well as the character from the anime Lupin the Third.

A kishin that appears in the anime named "Sonson J" is the series' take on Jason Vorhees, the psycho killer in the "Friday the 13th" franchise. The sports uniform with "13th" on his back and the burlap sack on his head are allusions to the character. Both characters also use the machete, and the kishin's name is almost an anagram to the name "Jason." 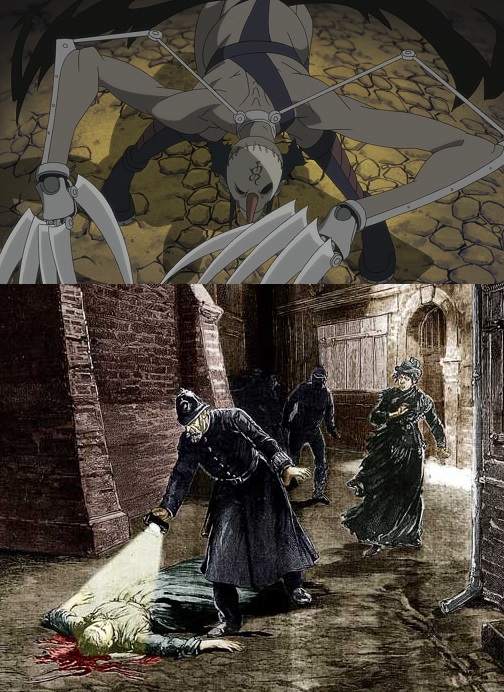 Soul and Maka's first opponent is named Jack the Ripper, a reference to an infamous serial killer who terrorized the streets of London in 1888. 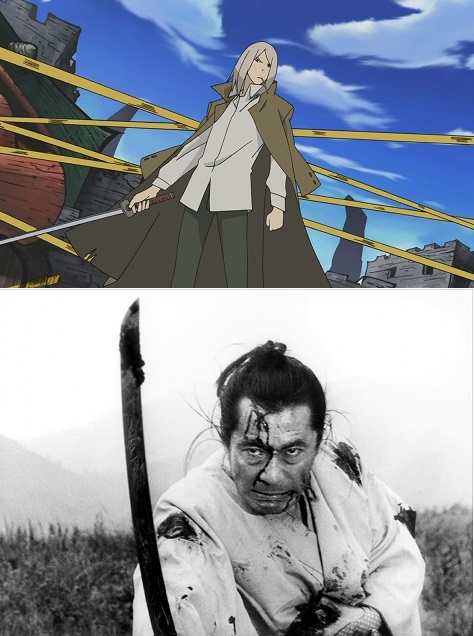 In Black Star's introductory episode, he is seen fighting a character named Mifune, a reference to Toshiro Mifune a Japanese actor famous for his work in samurai moves. In addition, Mifune's main weapon is the katana, a sword known to be used by the Japanese samurai. 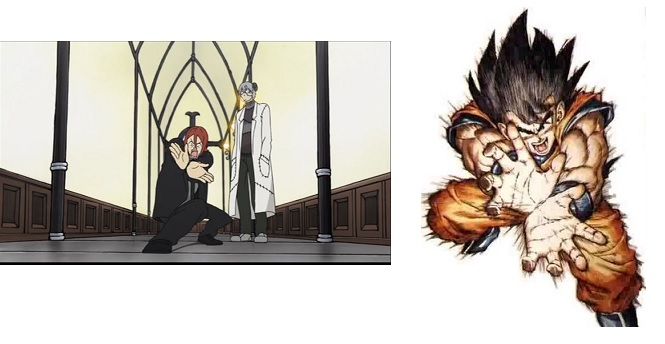 In episode 14 of the anime entitled "The Super Written Exam – Heart-Pounding, Reeling, and Restless. You're Kidding!?", Spirit does a Kamehameha pose, a famous move used by Son Goku of the Dragon Ball franchise. 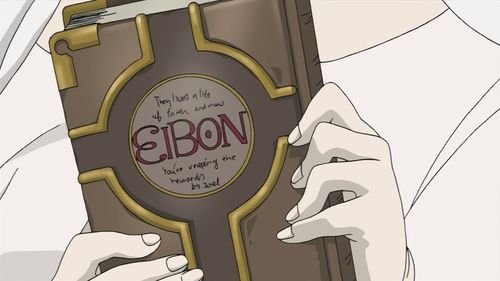 In the series a demon book called "The Book of Eibon" is introduced, it holds inspiration from author HP Lovecraft's literary mythos, Ebion being a sorcerer found in many of his books. Atsushi Ōkubo, being a fan of the author would give a new perspective on the series' focus on madness, power and godhood, especially portraying madness as something akin to an infectious disease.


The book's content also resembles the structure of the seven levels of hell, found in Dante's Divine Comedy. Each chapter corresponds to one of the seven deadly sins. 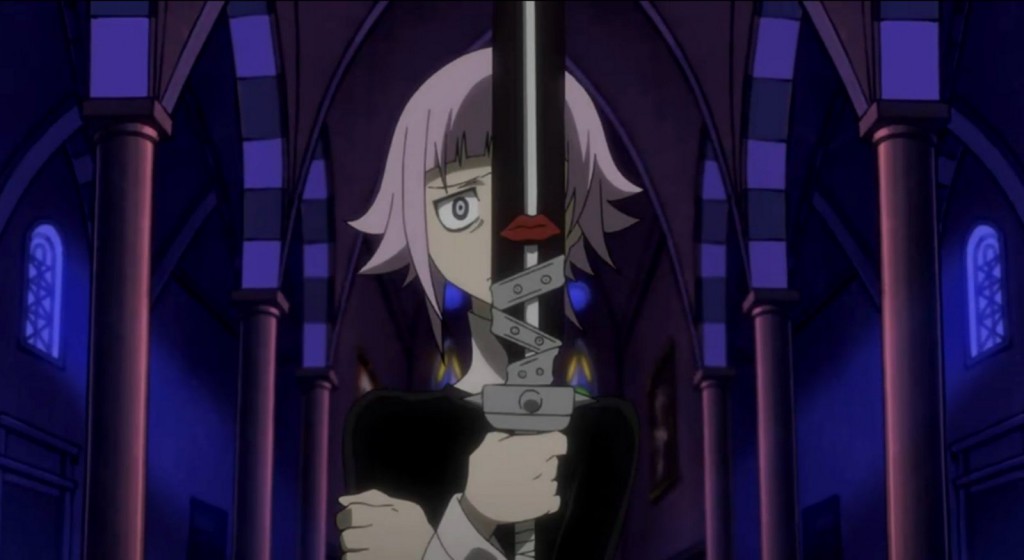 Corona's Demon Weapon, Ragnarok contains many allusions regarding to Viking lore and history. His name, Ragnarok is a reference to the catastrophic event in Norse Mythology that involves the death of the gods and the destruction of the world itself. He also takes on the form of a Scandinavian broadsword, a weapon commonly used by the Vikings.

The mystical weapon Excalibur is a reference to the sword of the same name in Arthurian legend, the weapon said to hold great magical power and whoever could lift it from its stone prison has rightful claim to rule Great Britain. Atsushi Ōkubo also admitted that some of Excalibur's personality are based off his own father.

With all of the real-world references perfectly incorporated in the realm of Soul Eater, it would seem like all the exploits and adventures made by its characters are all happening in a twisted version of our own reality. Throughout the story you'd often find yourself going "Hey that's from..." or "Wait, that looks familiar...", it really makes you more immersed and interested in its universe. No wonder Atsushi Ōkubo's work is known to be one of the top manga/anime series to have ever been created.

Alchemy: the medieval art of chemical science. Mankind once believed that with the right concoctions it would be possible to turn common metals into gold, cure any disease, or even achieve immortality. The basis of all alchemy is a symbol of power known as a transmutation circle.