Alchemy: the medieval art of chemical science. Mankind once believed that with the right concoctions it would be possible to turn common metals into gold, cure any disease, or even achieve immortality. The basis of all alchemy is a symbol of power known as a transmutation circle. 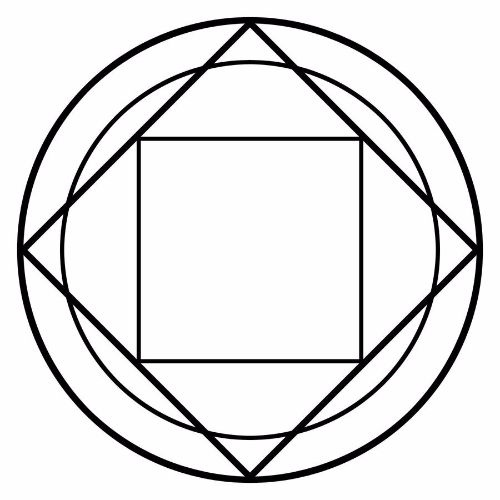 A basic transmutation circle using only circles and squares 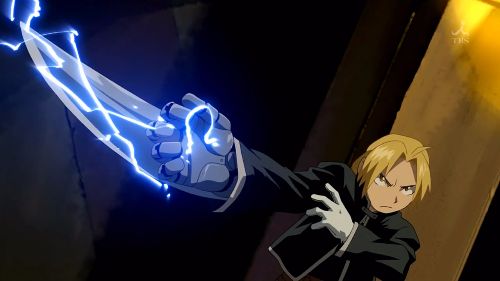 
Fullmetal Alchemist revolves around an ancient practice practiced in many cultures. Alchemy is a technique that mixes elements of both magic and science in order to manipulate and alter, or “transmute”, matter. The three stages of alchemy are comprehension, deconstruction, and reconstruction. An alchemist must understand the physical make-up of an object on a molecular or atomic level and use energy to reshape that material into a new form. These transformations can range from something simple like turning a fork into a spoon or something complex like reshaping an entire building.

Equivalent exchange is the key concept that limits the abilities of alchemists, including the characters of Fullmetal Alehcmist. In fact, it's the basis behind the entire storyline. Often quoted as, “In order to obtain or create something, something of equal value must be lost or destroyed,” equivalent exchange must be obeyed. This concept can be broken into two sub-parts, mass and natural providence. Any object altered via alchemy must maintain the same mass. For example, an alchemist turning a three-pound wrench into a crowbar would find themselves with a three-pound crowbar. Transmuted objects must also retain the same base elements (think the periodic table); an alchemist could not slap their hands together and turn a pool of water into a solid block of iron. When alchemists attempt to disobey these rules, alchemical energy runs out of control and often results in injury or even death for the user.

Performing alchemy requires no special equipment. As long as the alchemist understands the three principles of alchemy and the rule of equivalent exchange, they are prepared. The first step in performing alchemy is to create a transmutation circle. 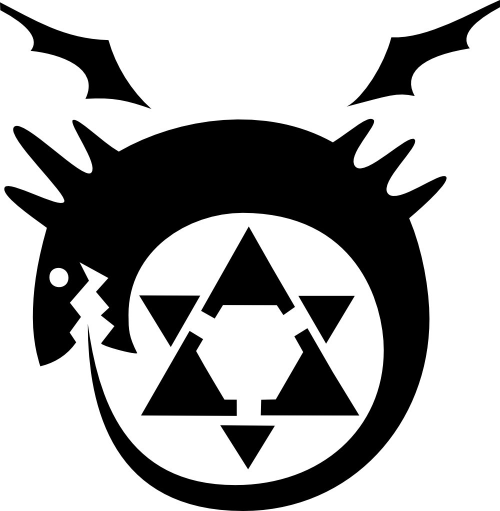 
Transmutation circles have their roots in medieval times. All transmutation circles, as the name implies, contain a circle. This is believed to have stemmed from the symbol of the Ouroboros (a snake/serpent/dragon eating its own tail). Other geometric shapes have various meanings. The triangle’s three points are meant to represent mind, matter, and energy; understanding the deconstruction and reconstruction process of alchemy (the three stages of transmutation). More complex shapes add to this process. The square adds Planes, the understanding of time and space. This shape makes it possible to achieve results much faster than through normal processes (i.e. sewing an entire dress in a second instead of several hours).

More and more complex shapes can be used for more difficult tasks (the pinnacle of this is an octagon), but they also require a much greater knowledge on the part of the alchemist. Many anime have featured symbols similar to transmutation circles, such as the Seal of Orichalchos in Yu☆Gi☆Oh! Duel Monsters, as have sources of western media, such as the symbol of the Deathly Hallows in Harry Potter. These other symbols, however, are rarely classified as having anything to do with alchemy and are often just “magic circles” so it is easy to confuse them. 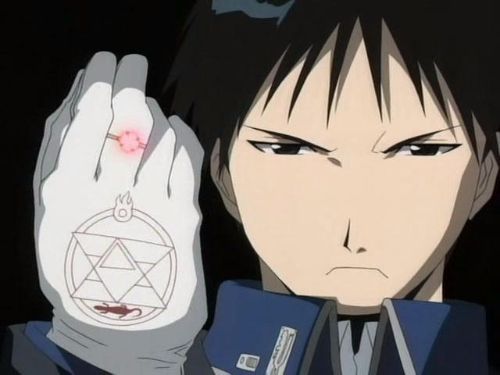 
A transmutation circle in Fullmetal Alchemist can be drawn on or with anything. It can be drawn on a paper with pencil, carved into a piece of armor, or even scratched into the dirt with a stick. Symbols are drawn inside the circle; these symbols often represent varying elements but often represent the four basic elements of medieval times (air, water, earth, and fire). Additional symbols, such as images or even lines of text, can also be added for circles designed for specific purposes in order to better focus their energy. Once a transmutation has been successfully prepared, the alchemist can perform alchemy. The energy released from transmutation causes the circle to glow, usually with soft blue (almost white) light. There are some exceptions to this, such as Colonel Roy Mustang’s fire alchemy, which creates orange light.