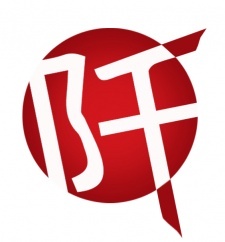 TimeStopSamurai Jan 15, 2017 8:44 PM
Oh yea by the way you should read this one visual novel I heard about called Cross Channel, another Christian anime gamer named George Henry Shaft wrote a profound 500 page monolith on the piece. Would like to hear your thoughts. Apparently it's considered to be a Kamige (god game) because it's core themes tie deeply into the faith.

TimeStopSamurai Jan 15, 2017 8:42 PM
Hello anime gamer, I have read your articles and can proudly say that they are some of the most profound anime writing I have read as a Christian. Your take on muv luv (alternative) in particular was really woke in the sense that it made me think about my view of the world and human suffering. Takeru went through a lot of stuff... maybe if he found jesus like I had it would have been easier for him. Keep preaching the good word of Jesus, me and my family will pray for you, god blees.

nDroae Jun 17, 2016 5:27 PM
No problem, I figured this account wouldn't be active, but I just wanted to post that comment somewhere, since I couldn't on the article itself. :D Thank you! I just started following the Facebook page.

nDroae Jun 14, 2016 9:23 PM
I was very surprised and glad to see the "You Can't Separate" article! A few months ago I was trying to put into words why I love the way Clannad: After Story ends - many prefer the movie ending because it's more true to "reality" as we know it, but to me the series ending represents the hope of the resurrection. It can be hard to envision how anything far off in the future could make up for what happens here and now, and even though Clannad does end with the latter kind of satisfaction, the way it gets there unavoidably brings to mind the former, at least to me.

I wrote this:
Tearjerker fiction is inherently manipulative, and while many times I hate it, sometimes I love it. What makes the difference? I wish I knew in full. I can say one thing: I feel that Clannad was woven from truth. Beyond its analyzable anatomy as a formulaic work of fiction, it simply rings true. That is why fans say things like "Clannad changed my life," and "Clannad is life." Stepping into the territory of the truly bananas, I like it even more because of the ending. Spoilers:
That ending broke the rules, clashed with what preceded, shattered my expectations in the best way. Now that it's been done, no other show should ever try that again - it wouldn't work a second time. But that one time, that ONE time, that was a vision of the heavenly breaking into the familiar world, breaking the pain and loss, breaking everything for love. I experienced what C.S. Lewis called sehnsucht. Other anime have done the same, but none yet so well as Clannad: After Story. So, in that way, even the "out-of-place cop-out fantasy happy ending in a formerly realistic story" rang true.

"It's like in the great stories, Mr. Frodo. The ones that really mattered. Full of darkness and danger, they were. And sometimes you didn't want to know the end. Because how could the end be happy? How could the world go back to the way it was when so much bad had happened? But in the end, it's only a passing thing, this shadow."

P.S. Aside from their moral ambiguity, childishness, etc., I find youkai not very far removed from the Eldila of C.S. Lewis' Space Trilogy :)

puriprincess Apr 25, 2016 10:13 AM
Love your blog, I found it a few weeks ago and I've since been slowly reading through all 170-something pages of articles that pertain to anime I've seen in my spare time. Your writers all have a real gift for creating reflective, insightful content. Keep up the excellent work, and cheers to the continued growth of BTT!
All Comments