MAJOR SPOILERS! READ AT YOUR OWN RISK!

A variety of powers and weapons appear throughout Vampire Knight. Whether it be the power to control ice or fire, or simply carrying around a gun, almost every character in the series has access to a power or weapon. There is one weapon in particular that has caught the attention of most of the audience. 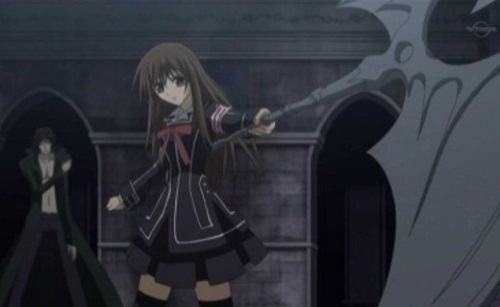 The Artemis Rod, carried by Yuki Cross, is an anti-vampire weapon used to defend herself from vampires. The weapon was given to her from her adoptive father Kaien Cross. Not wanting to risk her safety, she always carries the weapon around, having it hidden on a leather band underneath her skirt. There were times that she was grateful for having the weapon with her, like the time Hanabusa Aido attempted to drink her blood (although the weapon didn't have much effect on him). 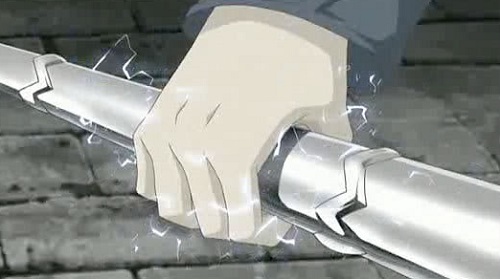 Artemis is approximately 20 cm long when it's in its normal state, but can be extended when in battle. If vampires touch the rod, small flashes will be seen and felt. It irritates the vampires somewhat, but they cannot be killed by this. There might even be times where the vampire is completely unaffected by the small flashes; this happens very rarely. It's only when the rod is in its scythe form that it is able to kill a vampire.

When Yuki picks up Artemis for the first time following her reawakening back into a vampire, the weapon immediately rejects her touch. This doesn't stop Yuki from continuing to try over and over again, despite the various warnings from Kaname. She kept persisting that the weapon would work eventually. She thought that if she just tried enough times, maybe she would succeed. And eventually, she did. It was only a matter of time before the weapon finally turned into a scythe. 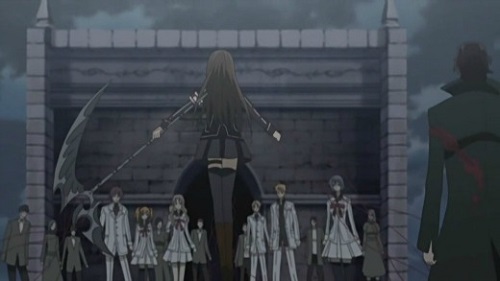 Yuki and Artemis went through many tough times together, but ultimately, she left the weapon behind after leaving Cross Academy with her older brother, Kaname Kuran. It was the only thing she could think of leaving behind with Zero Kiryu, her lifelong friend. The weapon was left in the custody of the Hunters Association after her departure, but was returned to her when Kaname gave it back to her later on in the series.

In the last chapter of the manga, the rod finally turns to dust and Yuki is no longer able to use it. Thus marking the end of a great weapon that had been passed on from generation to generation of Purebloods. Kaname the Ancestor was the original creator of Artemis. The weapon was passed down through his bloodline from there. Believe it or not, the weapon was also wielded by Yuki's mother, Juri Kuran. Who would've guessed?

On closer examination, the scythe has a hidden shape. Can you guess what it is? For those of you that might have missed it, the scythe is shaped like a bat! 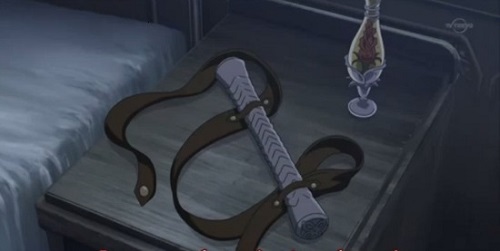 Out of all the weapons and powers amongst all of the characters of Vampire Knight, the Artemis Rod is by far one of the most mysterious and unique. Yuki is probably lucky she has such a great weapon to keep her safe. Are you wanting to find out more about the weapon and its wielder? Watch Vampire Knight and you just might learn a thing or two!