Unraveling the Mystery of Another

Part ghost story, part mystery, Another follows an unlucky group of students who must contend with a curse that's taking their lives one by one. What is the curse? How did it begin? Is there any way to stop it? Keep reading to find out!

Mystery? Horror? Thriller? All of these genres apply to Another. It takes the themes of bullying and of being an outsider and spins it into a story about the lengths people will go to save their own skin. Despite the real world elements, the story adds a supernatural flavor that's both eerie and creepy. A perfect tale for people who like their horror to be grounded in reality! 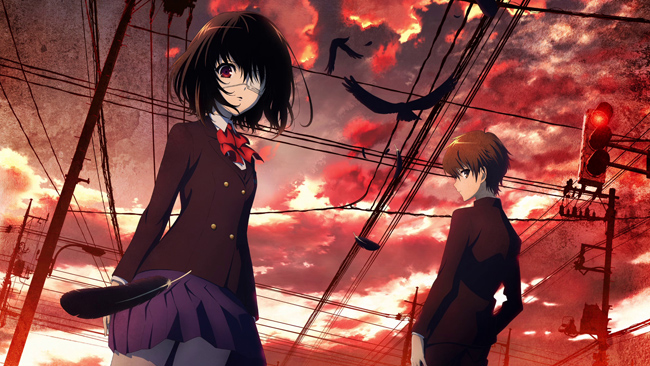 Another is based on a mystery horror novel by Yukito Ayatsuji. Originally published in 2009, the story was later adapted into a manga from 2010 and an anime in 2012. It was also made into a live action film in 2012. Look at all those adaptations! It's certainly popular and no wonder. The story unfolds in creepy ways but escalates to terrifying heights once more and more people start dying. It only goes to show that the scariest things in the world are human beings.

Yen Press has licensed both the novel and manga in North America while Sentai Filmworks has released the anime on BD/DVD. The anime is also available via the online streaming service, Crunchyroll.

The tragedies in Another stem from a curse. The sad thing is that the origins of the curse weren't malicious. They're rooted in goodwill. Unfortunately, they had long-lasting ill effects. 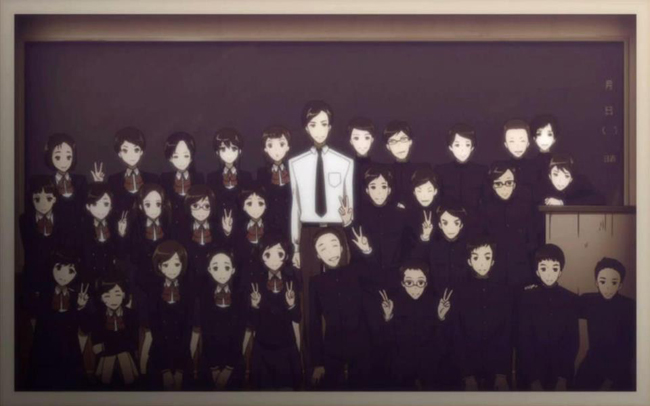 In 1972, a popular student belonging to Yomiyama North Middle School's class 3-3 died suddenly halfway through the year. Because he was popular and loved by both his classmates and teachers, everyone took it hard. Rather than let his spirit go, they continued to act like he was still alive. Seems harmless, right? There's no way it wouldn't hurt anyone, and it'd help ease their grief. That's what everyone thought anyway until they took the class photo and spotted his ghostly visage assembled with his classmates. That's why it's sometimes best to let the dead pass on in peace. If you pretend they're still alive, they might find a reason to stick around.

The following year, class 3-3 discovered they had one extra student in their class because they were short one desk. At first, they didn't think anything of it. It could just be an administrative error, after all. But then the students of class 3-3 and their relatives began to die in unexplained and strange ways.

Every year since then, an extra person has shown up in class 3-3. And every year, unless countermeasures are taken, the students of class 3-3 and their relatives begin to die one by one in mysterious and senseless ways.

The curse can't be prevented from activating, but if the right steps are taken, then the number of deaths that occur can be minimized. The main countermeasure that class 3-3 takes is to choose one student and label them the extra person. They then spend the entire year ignoring them and pretending they don't exist. It's the complete opposite of what the class of 1972 did, in which they pretended a dead student was alive.

Once the curse begins, the only way to stop it is to figure out which person is the extra and kill them a second time. It's, in effect, sending a dead person back to the world of the dead. 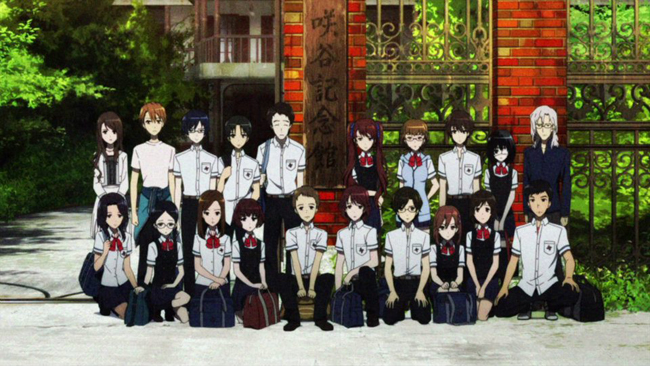 When his father moves to India for work, Kouichi Sakakibara transfers to Yomiyama North from Tokyo to live with his grandparents and aunt. But a collapsed lung leads him to be hospitalized right before school starts. He's eventually discharged but ends up starting classes one month late as a result.

Kouichi immediately notices that his classmates in class 3-3 act strangely. They're scared of something. They're obviously keeping a secret but won't tell him what it is. And most noticeable of all, they ignore one of their classmates, an eyepatch-wearing girl named Mei Misaki.

Because no one tells him anything, he unwittingly breaks the taboo and speaks to Mei, even though she'd been selected as class 3-3's extra person that year. When a student from class 3-3 dies in a gruesome, freak accident, Kouichi's classmates try to salvage the situation and begin to ignore him, too. Unexpectedly freed up by the joint ostracization, Kouichi and Mei start looking for a way to stop the curse and prevent more deaths from happening. And when deaths of students and their relatives continue to occur, their classmates eventually give up the countermeasures and joins forces with Kouichi and Mei to unravel the mystery of the curse placed on class 3-3. 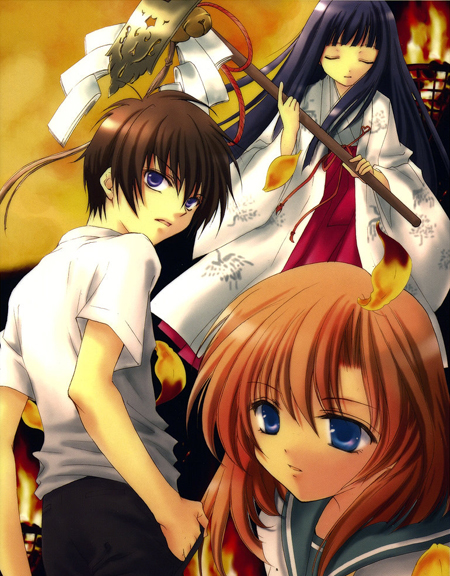 Let me know if this sounds familiar. A new boy moves to a small town. The small town has an ominous secret. The new boy meets a strange girl. Mysterious deaths take place. No, I'm not talking about Another but rather Higurashi no Naku Koro ni, also known as When They Cry. Both series are very similar right down to the creepy, suspenseful atmosphere and the way events keep repeating again and again in a neverending cycle. They even both escalate into gruesome violence and depict the depths to which human beings can sink when cornered. 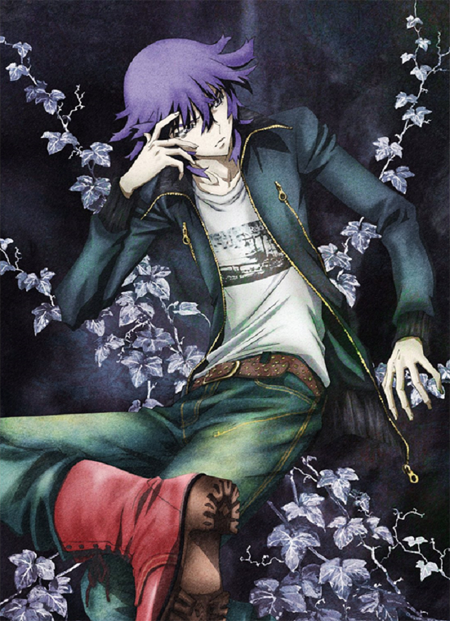 Like Another, Shiki opens with a new boy moving into a small, isolated town with a secret. Also like Another, Shiki features a strange girl who's somehow connected to all the strange things taking place. There's also a strong supernatural element. Unlike Another, however, we know what's causing the deaths in Shiki and instead follow the characters as they try to stop them. In some ways, that makes the ensuing tragedy and escalating violence more tragic when those characters sink into madness and resort to murder. 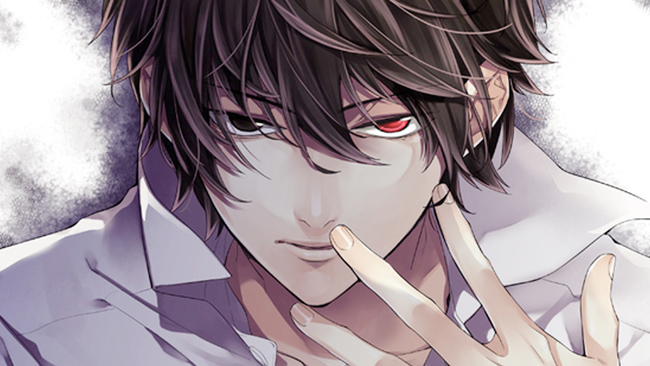 Like Mei, the protagonist of Shinrei Tantei Yakumo has an eye with supernatural abilities. Unlike Mei, however, Yakumo was born with his special eye. If you liked the partnership between Kouichi and Mei, then the partnership between Yakumo and Haruka as they investigate various paranormal cases and mysterious deaths will probably be right up your alley.

The Vengeful Ghosts of Ghost Stories

Vengeful and evil spirits are awakened once again to exact their revenge and reign terror upon unwary citizens. It's up to Satsuki and her friends to stop these terrors before anyone else gets hurt. Learn more about these ghosts in the classic, Ghost Stories!

Blood-C Series: The Birth of Hell!

What makes Blood-C special? This macabre breed of show has a unique blend of different elements that give it a dark vibe. Join me in taking a look at these intriguing elements, and considering a few series with something in common.