Continuing from the previous episode with toilet themes, the price of seeing Hana peeing unfortunately equates to her forcing you to pee in front of her. Is it your fault though when Hana gets too close while you pee? 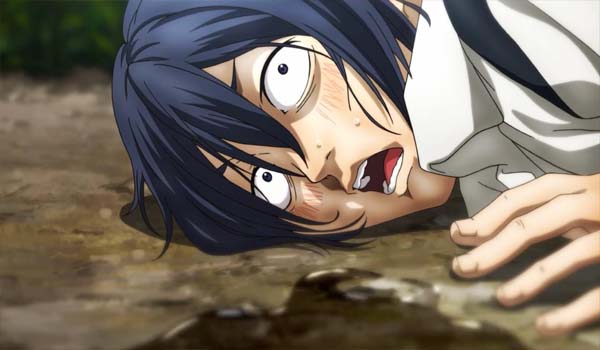 Prison School (Kangoku Gakuen) is escalating rather fast and there's no better way to do it. The episode opens with Kiyoshi barely escaping death after seeing Hana pee. The girl is too embarrassed to report the offense to the vice president. Instead, everyone is gathered and then brought back to their cell and the chairman of the school is introduced. Mr. Kurihara is seen talking with the underground student council president, Mari Kurihara. The chairman voices his objection about the male students receiving prison as punishment, and Mari counters that their lewd behavior is part of the consequence of having the school co-ed. It was the chairman's own decision to do so despite the various members of the school, including alumni and the students themselves, voting not to let this happen. Mari clearly hates the chairman that happens to be her own father. They did agree that male students should have their weekends off from punishments. A model prisoner can have the weekends off and even go outside of school. 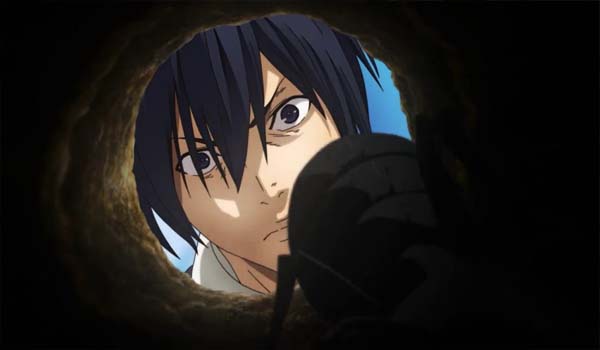 This is a lucky chance for Kiyoshi since he promised to go and attend a sumo match with Chiyo, the current apple of his eye. He happily endures the punishments just so he can see the girl he likes once more. Things turn sour though when Mari goes to the chairman's office and discovers porn on his computer. She is enraged and decides to take back the free weekend for the male students. It turns out that her own father is the reason why she has a massive hate for men, and knowing that her father does perverted things just fuels her hatred some more. Kiyoshi is crushed by this news, as he and Chiyo have already set a date for the sumo match. Kiyoshi has no choice but to escape the prison. 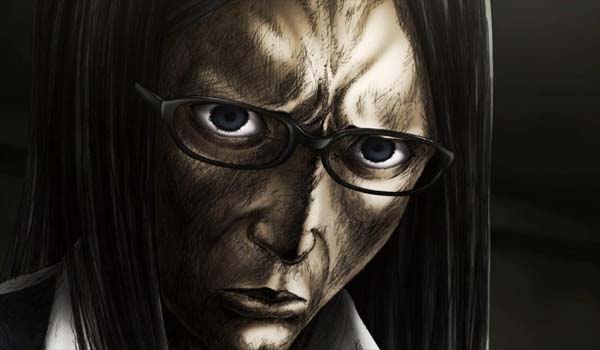 Kiyoshi starts digging a small hole in a shed during one of their heavy labor punishments, as he believes that he can squirm out of his hole just in time for his date with Chiyo. Once again, his plan turns sour when one of his fellow inmates, Gakuto, discovers his plans. Kiyoshi is nervous that Gakuto might reveal his secret to the student council. He became paranoid by Gakuto's action afterwards, which involves a scene where they're both naked in the shower. Kiyoshi eventually had to confront Gakuto when the guy started doing sumo actions just to ire Kiyoshi. Gakuto is just a weirdo though, and in fact it turns out that he actually wants to aid Kiyoshi's escape. Being a fan of the Three Kingdoms story, he wants Kiyoshi to buy a limited edition figurine for him. Kiyoshi is hesitant but Gakuto convinces him that he has a fool proof plan that can get the guy out of prison. 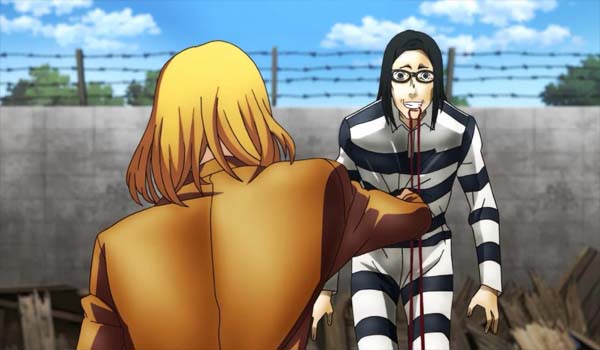 The two of them decide to act out their plan the next morning. It was an elaborate plan to destroy the shed Kiyoshi is digging a hole in so they'll be forced to rebuild the shed and be completely left alone. The plan went to hell fast when Hana decided to stand guard while they do their work. Gakuto attempted to make Hana fall for him, thinking she's a history buff fan like him, but only got punched in the guts for his efforts. Unfortunately for Kiyoshi, he really had to use the bathroom. 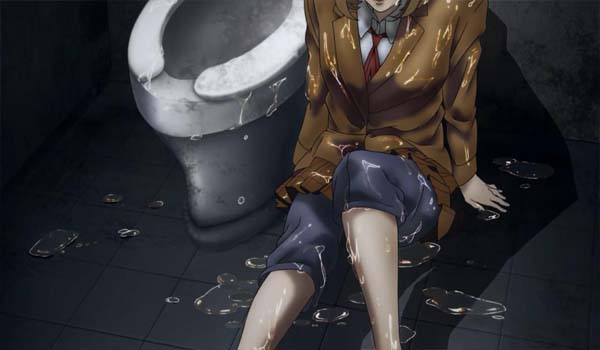 One of the things the anime kept building up is Hana's revenge. Kiyoshi saw her pee and now Kiyoshi must let her watch him pee. In a turn for the absolute weird, Hana keeps hounding Kiyoshi to pee. She gets him to drink tea while they rebuild the shed. Knowing he has to pee, Kiyoshi ran away from Hana. She quickly caught up to him and traps him in a bathroom stall. Kiyoshi struggles but Hana pinned him against the wall. Kiyoshi got one good smack at her that forces her to fall down in front of him. With his pants unzipped and his bladder raging, Kiyoshi does the unthinkable; he relieves himself with Hana in front of him. The episode ends with Hana unable to continue watching the boys and the plan finally sets into gear.

Joe likes ants. This guy still stands out in a weird way. 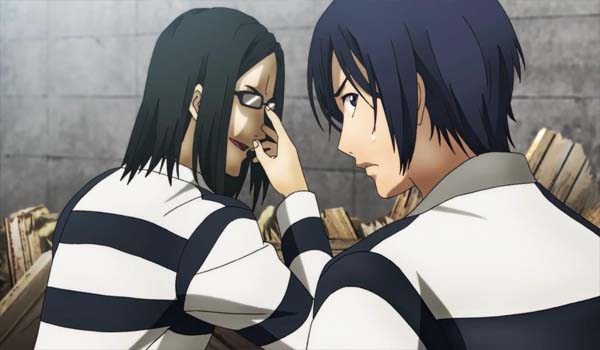 Gakuto is given the spotlight in this episode though. He fancies himself as a mastermind and he does have some brilliant plans. For comedic effect, he does get beaten up for his failed attempts. Gakuto shows potential though because it's easy to underestimate him. Should they plan more complicated escapes, Gakuto would surely be the one to come up with it. 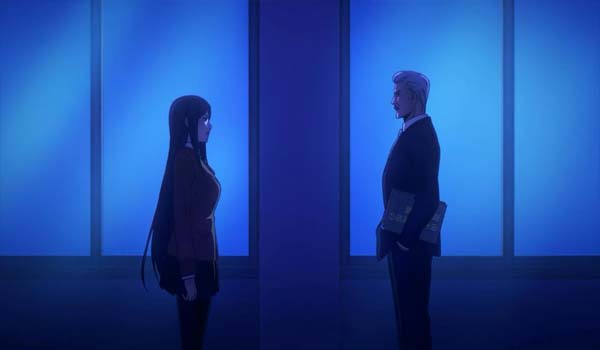 Clearly, the family squabble doesn't end here. The chairman is just introduced so far but he has authority. Mari has the respect of all the people in Hachimitsu Academy though so there might be a power struggle somewhere down the line.

Hana will fall in love with Kiyoshi setting a love triangle with Chiyo. Given how intense Hana is, it'll certainly be interesting to see how she flirts.

Kiyoshi will be caught for escaping. Mari also mentions the sumo event Chiyo and Kiyoshi will attend. Mari might catch Kiyoshi there.