I like slice-of-school-life anime. There. I said it. And since you are reading this, I assume you do, too.

So why do we, as twenty and thirty-somethings, enjoy slice-of-school-life animes that were originally written for teenage japanese girls? I mean aside from the demographic hurdle, if you think about it clearly, middle school and high school were the most awkward, nerve-wracking, “I-Don’t-Know-What-I’m-Doing” parts of our lives (regardless of how popular or unpopular you were).

So apart from the few who watch it because they were NEETs and are living vicariously through the characters (#nohate), why do we, as adults, want to reflect on this hormonal haze that we already survived through once? Are we sadists? Do we enjoy re-living the humiliation and pain of being young over and over again?

I have frequently asked myself these questions and the conclusion I’ve come to is this: it’s nostalgic. I have reached a point in my life where the future seems less and less unknown (which is good in its own way) and with that comes less and less of those “doki-doki” situations. I’m not saying that I’m bored with my life or that I know exactly what’s going to happen, but I have a vague directional awareness of where I will probably be in the next 5 years that I didn’t possess when I was in middle school or high school. So with that in mind, when it comes right down to it, I guess I enjoy slice-of-school-life animes because they give me the warm and fuzzies (in a very non-creepy way).

But that being said, I am still a jaded adult and quite frankly, there are some slice-of-school-life animes that I can’t handle. Some are formulaic beyond salvation; while others have an over-the-top cutsey, whiny female protagonist waiting for her knight in shining armor; while others are just focused on obvious panty upshots. Don’t get me wrong, I watch these terrible slice-of-school-life anime, but if I had to compare them to mainstream TV, they would be the trashy reality shows that we use to numb our brains a bit.

"Tonari no Kaibutsu-kun" by Robico is one of the best examples I can think of. 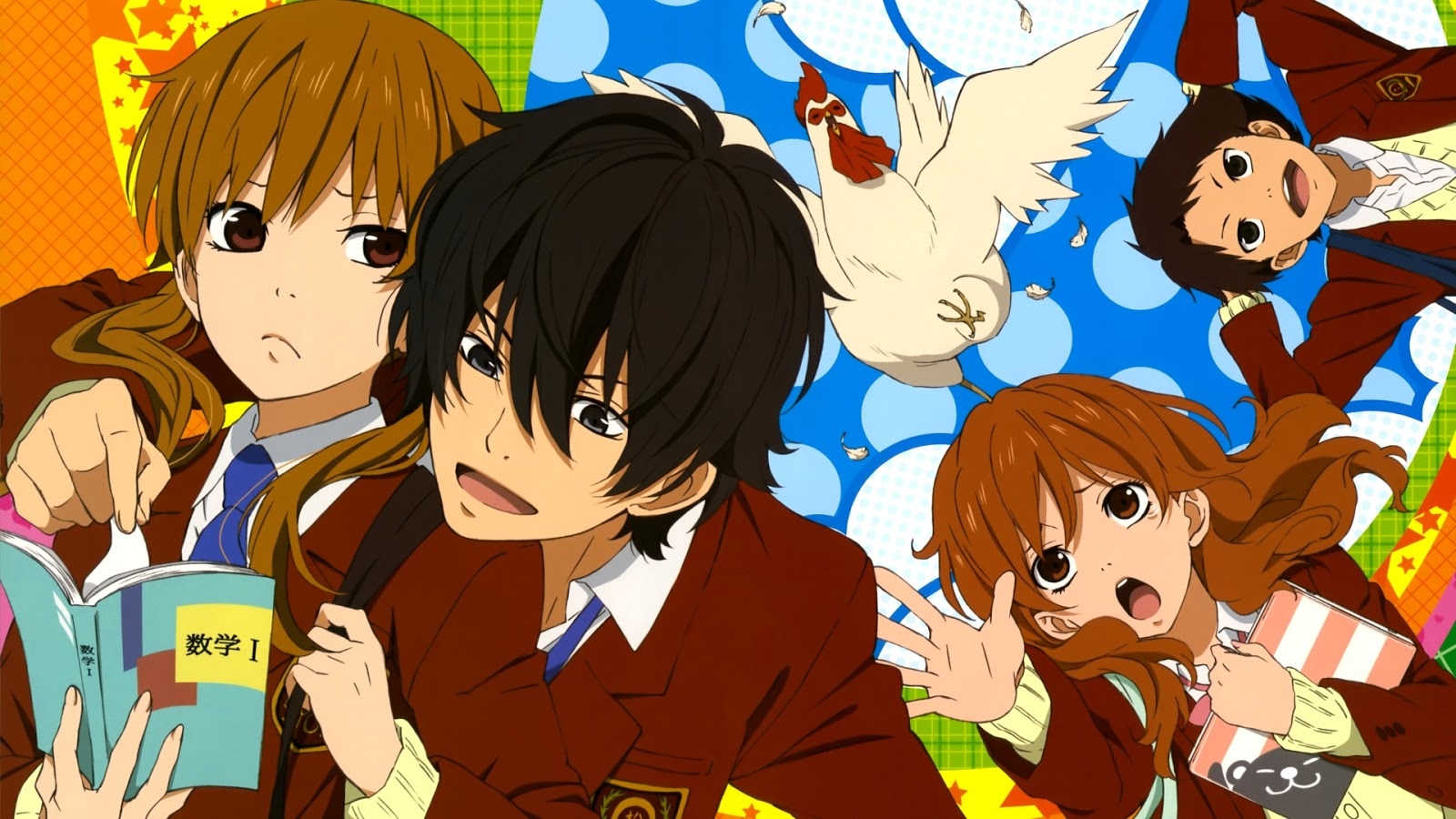 For those of you who have not watched the show, "Tonari no Kaibutsu-kun" is about four second-year high school students, two girls and two guys, living their day-to-day lives in their ordinary town and ordinary high school and the relationships that they have.

But in all seriousness, it is this less than inspiring backdrop that serves as such a brilliant contrast to the inspired characters of this anime. The female protagonist, Shizuku (far left), is a one-track minded study-aholic driven to achieve her dream of earning 10 million yen a year with no time to take part in fake social decorum or niceties. The male protagonist, Haru (second to left), is a genius whose pureness of heart and well-intended actions are usually misunderstood as the violent (and often bloody) reactions of a delinquent. Natsume (bottom right), who becomes Shizuku’s best friend, is a social pariah who has turned to having an entirely on-line social life to avoid the bullying she once received because of the attention she was getting from the boys in her class. And Sasahara, or “Sasayan” (top right), is a well-liked baseball player who prefers to spend his time with the group because, deep down, he doesn't like to have to fake relationships or emotions for the sake of other people.

These characters could carry the interest of viewers on their own, but Robico went beyond that. By exploring the very real growing pains that teenagers go through and how these characters in particular react to them, there is an honest and raw energy to this anime that is unlike any other. For example, where a romantic confession would be the climax of any usual slice-of-school-life anime, in "Tonari no-Kaibutsu-kun" there is a confession within the first episode. And instead of this being anti-climatic, it has the opposite effect.

Because their feelings are already out in the open, the characters are allowed to explore what liking someone versus loving someone actually means. What happens when it is a one-sided romance; what it means to wait for the other person to come to terms with their own feelings; the joys that come when you are finally on the same page; these are all questions and situations that can be considered in a meaningful and thoughtful way. While the motifs on paper look like any other slice-of-school-life anime (love triangles galore), because the characters are real, flawed, and honest it makes it easy to relate to this anime and cheer for its characters to work things out. Mix this in with deadpan, well-timed comedic situations, and you have what makes "Tonari no Kaibutsu-kun" the refreshing emotional rollercoaster ride that it is.

For those of you who have seen this anime and are looking for stories of a similar ilk—look no further! Here are a few suggestions for titles that I think are similar to "Tonari no Kaibutsu-kun." 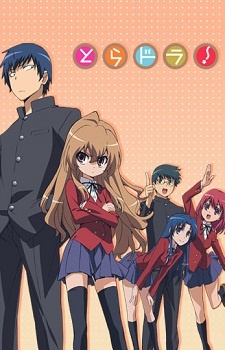 Similar to "Tonari no Kaibutsu-kun", "Toradora!"'s relatively benign setting is made lively by the fact that the two protagonists are in love with each other’s best friends and make a secret agreement to help each other get together the person they love. 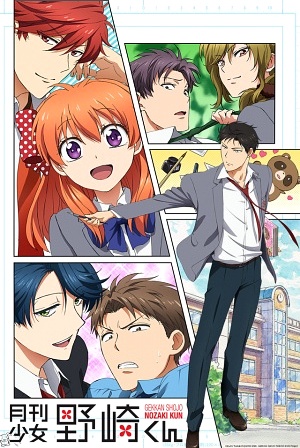 Filled with oblivious characters and hilarious misunderstandings, the comedic flow of "Girls' Monthly Nozaki-kun" is very similar to "Tonari no Kaibutsu-kun." With a protagonist whose love confession gets mistaken for fandom, this mish-mash of lovable, flawed, and unexpected characters will keep you coming back for more. 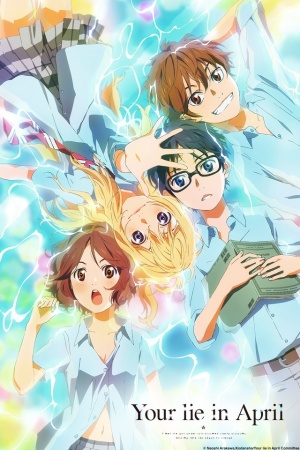 The art and the music alone are reasons enough to watch "Your Lie in April," but the complex characters and the personal and relationship issues that they struggle with, similarly to "Tonari no Kaibutsu-kun," bump it up to a whole new level. WARNING: Get a tissue box ready for this one. Seriously. I am not a crier and I intentionally watched the last episode when no one was around because I did not want to be judged. 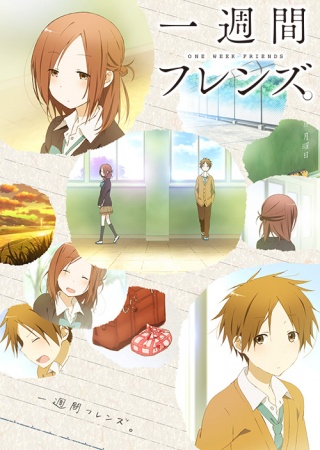 This Groundhog’s Day-esque story revolves around a seemingly cold girl who turns out to have weekly amnesia (aka at the end of the week she forgets the previous one). Though it sounds tragically fatalistic, the other protagonist’s goal to become her friend makes for a very heartwarming story. 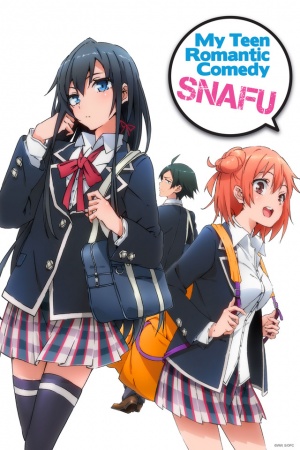 This anime which revolves around a protagonist that sees no value in having friends or a girlfriend is similar to Shizuku in "Tonari no Kaibutsu-kun," gets interesting when he is forced into the "Volunteer Service" club where he not only has to help other people, but he has to work with the prettiest girl in school. BONUS: There are two seasons.

I think that at the end of the day, even though we are adults, we are still fumbling through life and relationships much in the way we used to. Watching well-done slice-of-school-life animes not only serves a nostalgic purpose, but also helps give perspective and context to problems you may be having now. If any of this has struck a chord, then watch the anime mentioned above if you haven't already. You won't regret it!

And if you enjoyed "Tonari no Kaibutsu-kun" and want to read my character analysis, check out this article!