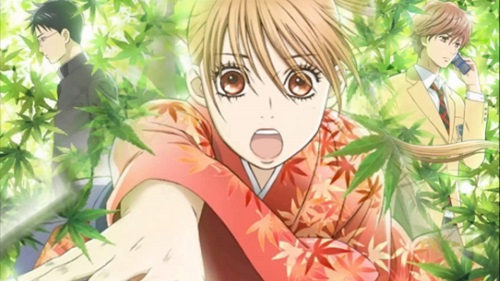 Chihayafuru, also known as Chihayafull, is an anime series with a strong female lead. Although the story focuses on the life of Chihaya Ayase who displays a rather obsessive love for the sport of competitive karuta, it is also about the other competitive karuta players, and what motivates them to play karuta even better. Following the manga's release in 2007, a TV anime as well as OVA were released, and there are even rumors of a two-part live action adaptation movie series starring Hirose Suzu! 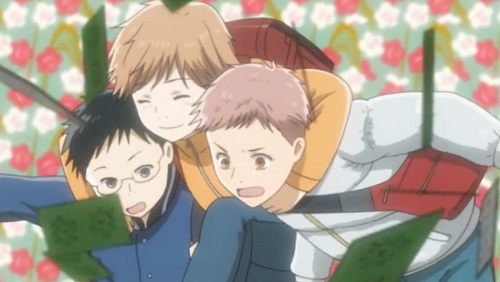 Chihaya Ayase is a very honest and cheerful girl who only dreams of seeing her sister, Chitose Ayase, become the “Top Model in Japan". Everything changes when she met Arata Wataya, a transfer student in their class from Fukui. Arata introduced to her the sport of competitive karuta – a traditional Japanese card game which requires a good sense of hearing, precise speed, and great memorization skills. Seeing that she could improve by continuing to play, she began setting up ambitious goals for herself, aiming to become the “Queen of Karuta”. 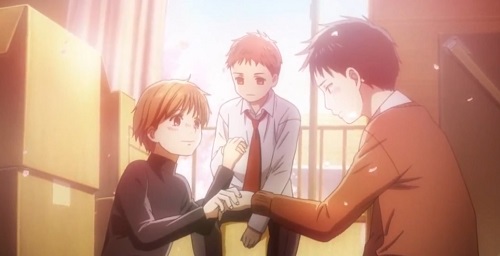 Together with her childhood friends Arata and Taichi, Chihaya began entering competitive karuta events. Despite Chihaya’s lack of memorization skills, she continued practicing to improve her playing style and acquired a superb speed which gives her an advantage during matches. The three of them enjoyed playing karuta together and became good friends. However, due to some circumstances, they parted ways during middle school. 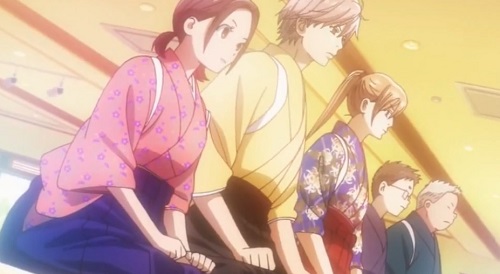 When Chihaya entered high school, she met Taichi once again. Together they formed a karuta club in their school to be able to compete as a team and reach the “National Level Tournament” which is traditionally held at Omi Jingu Shrine in Fukui, Arata’s hometown.

Back then, Chihaya never wanted much for herself. Now, she wants more. She wants to become stronger, to see and play karuta with Arata once again, to have her team become the best in the world, and more than anything else,.. She wants to defeat Shinobu and become the “Queen of Karuta”.

What Makes It Unique? 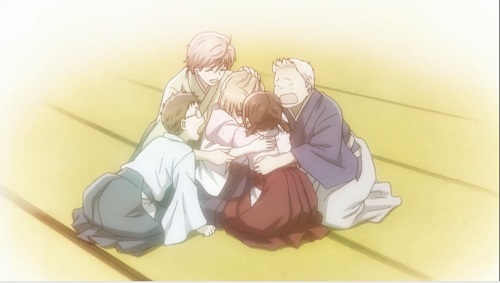 Chihayafuru is a unique anime as it combines a traditional Japanese card game with a story of romance, friendship, and comedy.

Bullying may be one of the most common issues that youngsters and even adults encounter these days, but knowing how to deal with this issue is crucial. In Arata’s case, he was bullied by the whole class because he was a transfer student and his reserved personality annoyed his classmates, especially Taichi. Despite being frequently teased by the whole class, Arata managed to stay calm and simply ignored their bullying until they got tired of doing so.

Loving someone secretly may be a bit painful. The agony of knowing that the one you love is just inches away from you but you can’t really tell her how you feel is what Taichi feels every day when he’s with Chihaya.

Chihaya, on the other hand, shows us that even the least talented people can be the best if they would just do their best to achieve their dreams.

Chihayafuru will truly enlighten you on the meaning of good sportsmanship and true friendship in every episode which makes it a good anime to add in your watch list. 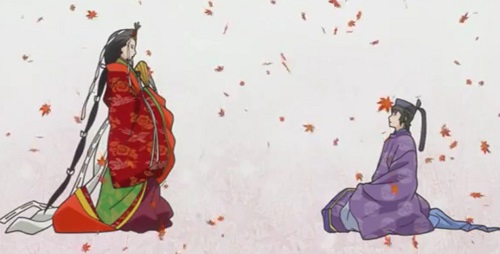 Chouyaku Hyakuninisshu: Uta Koi is a josei manga. It’s about some of the romantic poems from the karuta card compilation. It is a liberal interpretation of the selected romantic poems of Hayakunin Isshu . Though the series begins with Fujiwara no Sadaie as an introduction to the Hyakunin Isshu, it revolves around the romance blossoming between Fujiwara and Ariwara.

This might seem a completely different anime compared to Chihayafuru as it focuses entirely on the romance between Fujiwara and Ariwara, but the whole plot explains the colorful history behind the forty-three love poems in the Hyakunin Isshu Karuta. Aside from the romance, you'll also enjoy the humor in every episode.

Ruuko Kominato is a new transfer student. Her grandmother and brother were worried, because she wasn't able to make any friends, so her brother gives her a deck of WIXOSS cards, so she could have a reason to mingle with others and make friends. To her surprise, the deck given to her contains an “LRIG Card” which has a will of its own and only special girls can hear its voice. Those special girls are called “Selectors” and they summon each other to a card battle in a dimension where ordinary people cannot access. It is said that whoever wins in these battles will become the “Eternal Girl” and will be granted the purest desire of her heart.

Here is another card game-themed anime for shoujo anime lovers. Feel the heat in every WIXOSS card battle. The mystery and truth behind the Eternal Girls is something you won't want to miss! 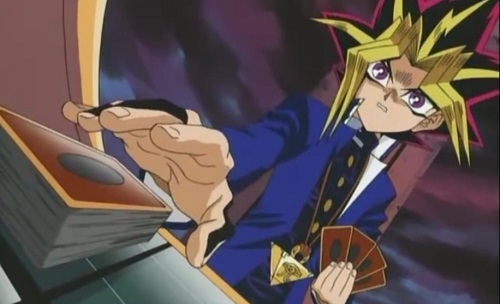 Yuugi Mutuo is a timid young boy who is a huge fan of all sorts of games. When he solves an ancient Egyptian puzzle known as the ”Millennium Puzzle”, his body became a host of the spirit of a gambler. Since then, whenever Yuugi or any of his friends is threatened by those with darkness in their hearts, this other Yuugi challenges them to dangerous “Shadow Games” which reveal the true nature of someone’s heart.

What makes it comparable to Chihayafuru is the idea of valuing true of friendship despite the many obstacles they face as they go on accepting every challenge along the way.