In this week's Prison School, the day of their expulsion is coming and the circumstances are against them, but it seems they have an ally in school. The inmates must ask for their help, but only after answering the riddle of the Sphinx! 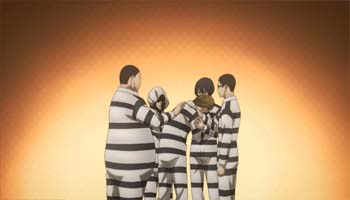 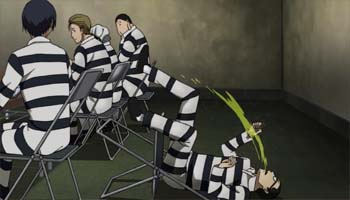 In this episode of Prison School, the inmates look defeated after their previous plan failed. Normally, Gakuto would just bounce back and create another plan, but his spirit is completely crushed in this episode. With only days before their expulsion, the inmates cannot think of a plan to stop it. They were just counting down the days, and they seem to have accepted their fate. They were all just waiting for Gakuto though, because he was acting crazy in this episode. He requested grasshoppers on top of rice as his last meal, and you can just tell all hope is lost. Just when you think Gakuto's brilliant mind has quit, he suddenly thinks of another plan to stop their expulsion. It'll require three days of fine tuning, but their expulsion is coming the following day. The inmates need to buy more time. Kiyoshi can only think of one final option: ask for the chairman's help directly. 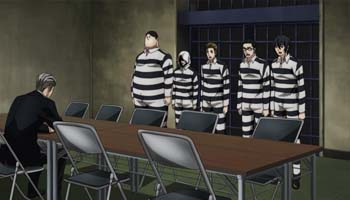 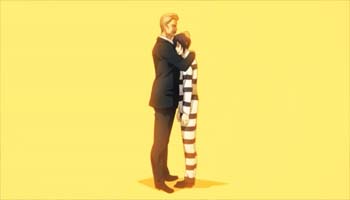 This episode features the inmates finally confronting the chairman, and it seems he is an ally for the boys. Kiyoshi had to thread a needle to get him to come to the prison, but he knows the chairman will surely help them. The chairman is hesitant though, since he claims he doesn't trust the inmates yet. He decides to give them a test, and prove they can be comrades. He asks the boys if they prefer boobs or butts, and the room is tense while the boys try to pass this test. They compare the chairman's test to the Sphinx's trial, since their life is on the line if they don't pass it. Kiyoshi is placed in the spotlight trying to defend his answer to the chairman, and you can just feel the tension filling up the room. It is a simple question, but the show manages to overcomplicate it. Kiyoshi's answer is so perverted and inspired that it impressed the chairman. Their expulsion is postponed and the inmates can finally find proof of the DTO plan. They were given just one day though, and so they must scramble to make this plan work. It seems this episode is setting up the exciting climax for this story arc. The boys' counterattack for the DTO plan is about to commence, and it's a do-or-die situation for our heroes. 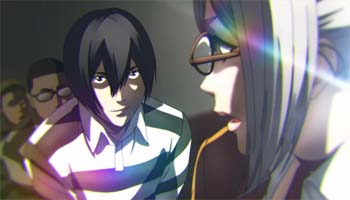 It seems that all the key players are about to assume their role for the anticipated climax. In this episode, Kiyoshi proved he's an absolute genius when he planted bait for Meiko when he tried to speak to the chairman. They were mere moments into getting expelled, but his gamble pays off. Kiyoshi is the focus in this episode when he used the chairman's secret as leverage to meet him. It was brilliant when the very first failed prison escape is mentioned in this episode, and the failure somehow yielded something positive for the inmates. Kiyoshi seems to be getting the hang of being a sly person. Perhaps Gakuto's influence is rubbing off on him, and he's ready to play the Underground Student Council's game. Kiyoshi proved he is ready to fight when he thanked Meiko for her help in postponing their expulsion, and it naturally made Mari nervous. She's incredibly smart and manipulative, but Kiyoshi proved he can fight on her level. It's exciting to consider that as we head into the big climax for the next episode. 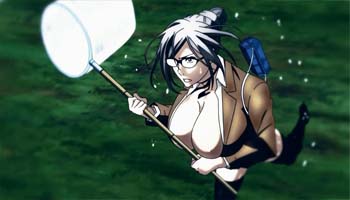 Meiko seems like she's having second thoughts about the boys leaving, and the show is slowly exploring the idea that she is growing a soft spot for the inmates. It was just a thought in the previous episode, when she accepted their arm wrestling challenge, but Meiko is shown in a different light in this episode. When Gakuto requested grasshoppers in his last meal, Meiko caught and even cooked it herself. It's a powerful gesture, considering she does not like the inmates. Gakuto didn't finish his food though, and Meiko discovers it on the ground. It angered her, as you see the annoyance in her eyes. Just when you think the boys won Meiko over, they end up giving her more reason to hate them. It's interesting how this will play out, as it could be a new story arc for the show. 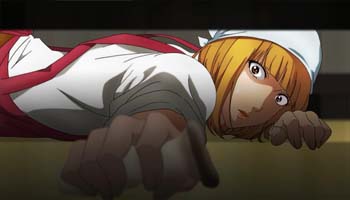 Hana is also given time in this episode, when her previous rendezvous with Kiyoshi suddenly comes rushing back to her. She once made Kiyoshi take his pants off in the nurse's office, and she almost peed on him as well but they both ended up hiding under the bed when Chiyo entered the room. Hana felt Kiyoshi harden, and she passed out from the shock. She remembered everything, and an enraged Hana seems to be part of the story arc now. She has murderous intent for Kiyoshi, and it makes you wonder how she'll play a role in the next episode. She requested to be the guard in place of Meiko, and you can just tell it's not going to be fun for the boys.

Gakuto's plan will be presented in a thrilling manner, and you can expect the Underground Student Council to be anticipating the boys' retaliation. The inmates will eventually win, but not before experiencing hell first.

Hana and Kiyoshi will probably do something naughty once again, since they always seem to create magic when they're together.