What you need to know for the Attack on Titan Live-Action U.S. premiere on September 30

The announcement that the live-action Attack on Titan movie, based on Hajime Isayama’s manga, will make its U.S. theatrical premiere this September 30—courtesy FUNimation Entertainment and Toho Co. Ltd.—has set manga and movie fandom abuzz.

And aside from the brewing controversy around the film itself, people are revving up for a double dose of titan, with Attack on Titan to be distributed as a two-part movie, with Part 1 to be released on September 30, and Part 2 to follow on October 20. These will be limited theatrical engagements, so visit www.attackontitanthemovie.com/ to find a showing near you.

We actually made it to the Egyptian Theater in Hollywood, California for the Part 1 world premiere event on July 14, where the cast of the movie, including Haruma Miura and Kiko Mizuhara along with the director Shinji Higuchi, made an appearance as special guests. Here’s some pics from the surreal goings-ons: (click on the photos to view in full resolution!) 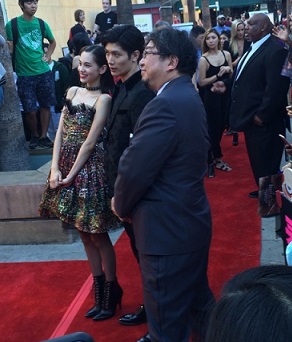 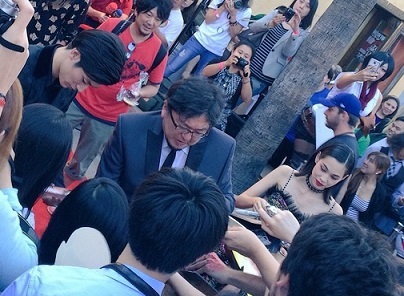 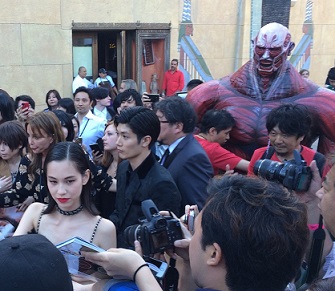 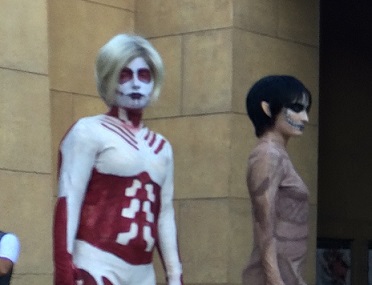 Shinju Higuchi, who happens to be one of the original founding members of Gainax, the studio notorious for Neon Genesis Evangelion, is known for his special-FX direction in such spectacular disaster and creature-feature epics as The Sinking of Japan and Gamera.

Haruma Miura, who plays the role of Eren in Attack on Titan, is a versatile actor who’s played both a sweet love interest in the romantic love comedy Kimi ni Todoke and an assassin in Space Pirate Captain Harlock.

Kiko Mizuhara, who plays the fan-favorite character Mikasa, has previously starred in films like Norwegian Wood and Helter Skelter. Besides acting, she’s known as an international model and as the fashion designer who made the head-to-toe pizza outfit worn by Beyonce and Rihanna.

With some of the top talents contemporary Japanese film has to offer, Attack on Titan live-action has the potential to become a big hit in America.