Born: 1967 in Tokyo
Self-taught movie writing, production, lighting, and effects as a student.
Received the Special Jury Award in the Off Theater category of the Yubari Int. Fantastic Film Festival for "Anatomia Extinction" ('95)
Made his directorial debut in '08 with "Tokyo Gore Police"
His film "Torakage" ('14) is currently in theaters in Japan. 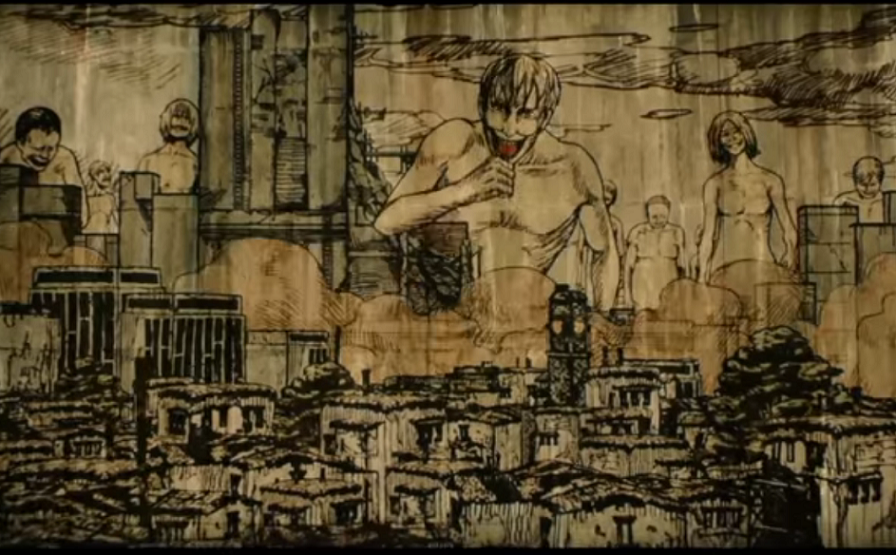 The titans themselves and the 3D maneuver gear, the heart and soul of the Attack on Titan franchise, took over a year to conceptualize for the big screen. 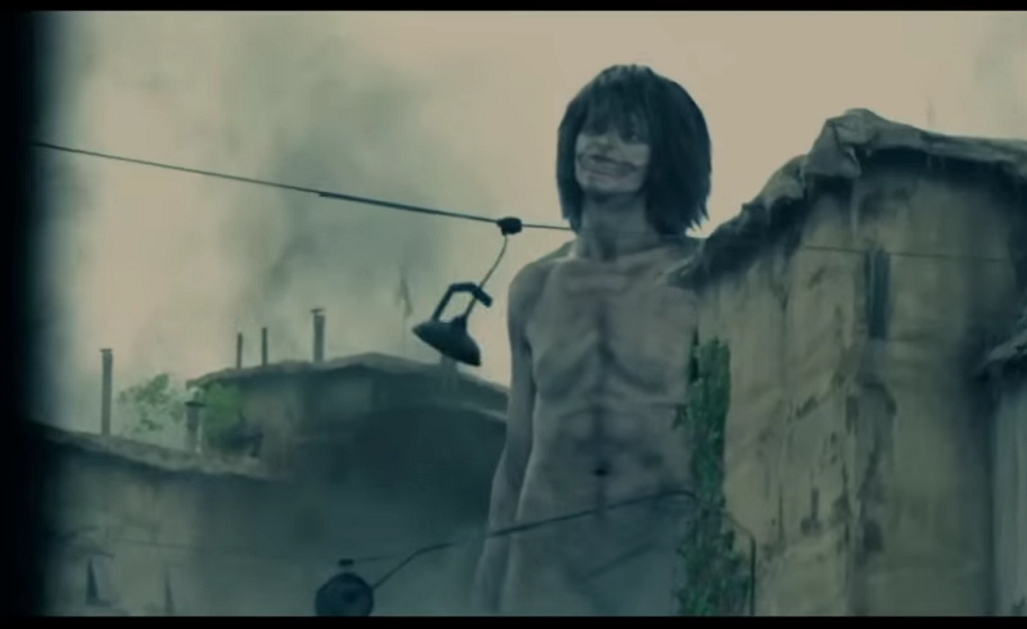 "First off, how did we make the titans? Well, whenever I thought of an idea for a titan, I made a small maquette (scale model) of it. What about the colossal titans? One of our figure modelers, a big fan of the series himself, had already made a small figure of the colossal titan, so we used that. About seven of the different titans that appear in the manga were used for the film. 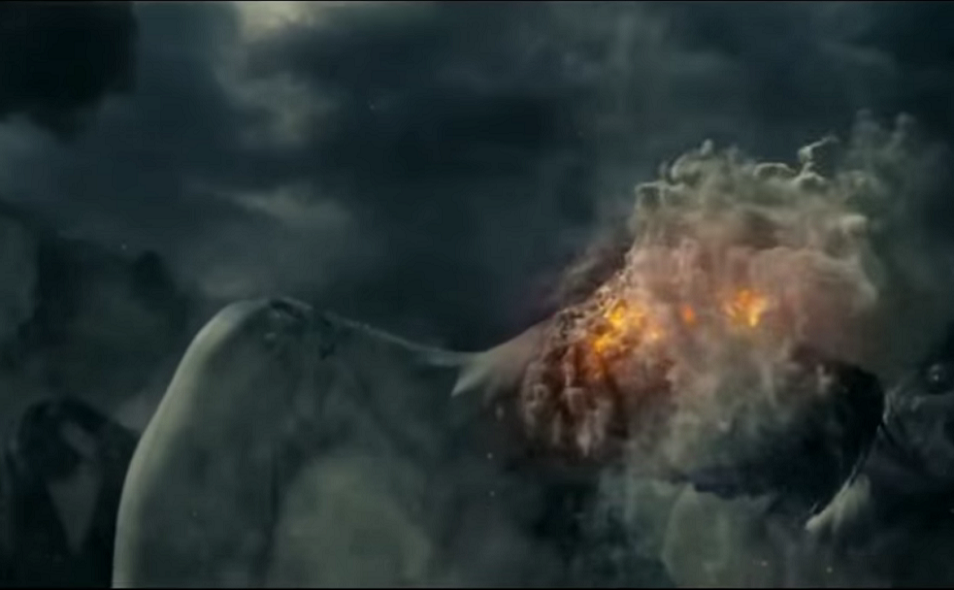 "Higuchi and Onoue decided what they wanted the titan to do, and then brainstormed how they would move the titan in that way. After making several improvements, they made the final version to be used." It took 7-12 staff in order to move the 120 meter tall upper body of the titan alone. "One person stood inside the chest, but the control of the head was left to me. One person controlled each arm, then still more controlled the fingers, eyebrows, mouth, etc using mechanical rigs. Just shouting didn't really work, so I conducted everyone as if it were an orchestra." 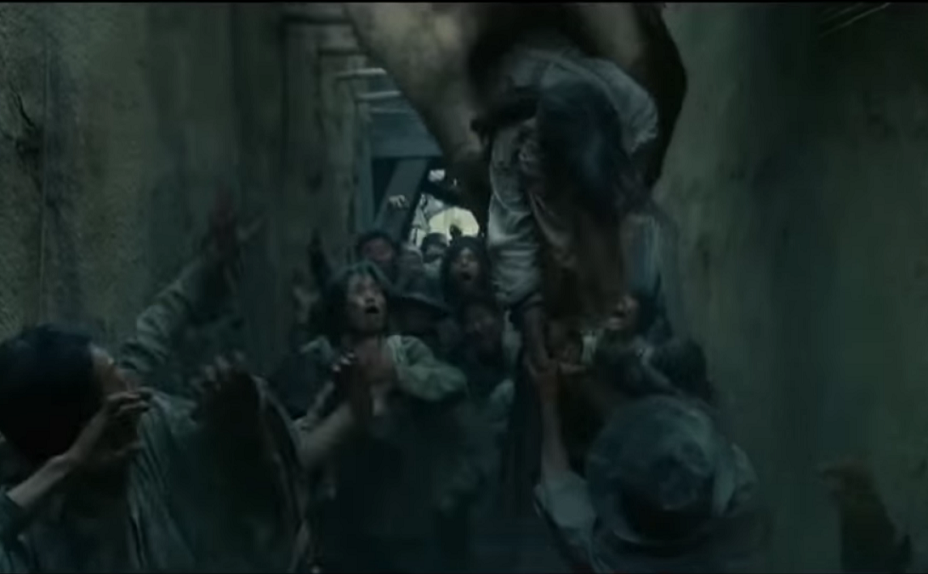 Auditions were held for the actors who would portray the smaller titans. "Onoue-san, the stunt coordinator (Keiya) Tabuchi, and I oversaw the tryouts. I was there so I could make sure I was able to visualize them as the titans in the manga using stage makeup. The three of us collaborated on the elimination process. We even did test makeup with contact lenses as well. But Director Higuchi said he "didn't want to make them monsters," so we discussed why they thought that they became titans, asking them to act with that in mind."

The result was lifelike titans with personalities that seemed human. They even had names. Higuchi's favorite was the Wandering (?) titan. "The fat, small, leering one with the big eyes, right," he said, laughing. "Actually, that titan was modelled after Director Noboru Iguchi. You can totally see the resemblance." Even the name is funny. Similarly, the titan Eren transforms into is based off the actor Haruma Miura. This was also suggested by Director Higuchi. "Titan Eren was a suit, so we gave it the same hairstyle as Eren's actor as so the audience could recognize him."

Countless models of the humans that were eaten were made, scaled to the 3-5 meters, 7-10 meters, and 15 meter titans. Blood rigs were fixed to the insides.

"It took a year to figure out the concepts for the 3D maneuver gear, its harness, and how exactly they would be used to fly. They're rectangular scabbards attached to both sides of a soldier. The inside contains blades. In the original manga, it's inconsistent how many blades there were exactly- sometimes six, sometimes eight. What was the right length for the blades? We struggled through how we should design the harness to make it look like the original, and other similar questions."

Director Higuchi made meticulous adjustments by the centimeter, for each individual actor. He and the Character Design Director of "Parasyte", Tsuge Isao, engaged in countless conversations about minute details.

Around 300 3D maneuver gears were produced for the forty actors. "Hard materials would have been dangerous for scenes in which the actors are running, suspended by wires, or falling, so we filmed those scenes using soft, hard to break materials. We had to bring all of the 3D maneuver gears to our shooting location in Gunkanjima, so we hired a boat to ship them over."

Nishimura said of his job, "It wasn't as if we made things because we were asked to. It was more like 'in order to make this happen, we'll need to make these things'. There would also be last minute requests for things even at the filming location. It was hard, but part of the job description."