The Complete Background of Mirai Nikki (The Future Diary)

This article covers the inspiration for the storyline of Mirai Nikki (The Future Diary) and lists similar anime series. It also addresses what makes Mirai Nikki a unique series and which anime fans will most likely enjoy it!

Mirai Nikki follows Yuki, a 14-year-old middle school student who describes himself as an observer. He doesn't have friends or participate in any clubs, rather he spends his time keeping a diary on his phone, recording everything he sees. He also has two imaginary friends he speaks with, Deus Ex Machina, the god of time & space, and Muru Muru, Deus’s servant. One day, Deus decides to bestow upon Yuki a special diary. The next day, Yuki realizes that all the events that this diary had listed had all come true. Because of this new prophetic diary, he is able to ace tests and avoid bullies.
Yuki can’t believe his luck, but just when he feels safe, he notices that Yuno, one of the most popular girls in school, is watching him. Yuno is revealed to be the second diary user who is also utterly obsessed with Yuki; she helps him to fight off a third diary user that has been sent to kill him. It is then that we find out that future diaries and the person using them are connected, and that if you destroy the diary, the user is killed as well.
When Yuki goes to visit Deus, there are nine other diary contestants, and he finds out that all of the diary users are fighting against each other until there's only one of them left. The last one standing will be crowned the new god of space and time. Yuki reluctantly forms an alliance with his love-struck stalker Yuno in order to fend off the other murderous contestants and survive this deadly competition. While on the surface Mirai Nikki looks like a run-of-the-mill, bloody horror/survival anime, it has an extremely intricate plot that touches on subject matters of alternate reality, time travel, and the nature of one's future. 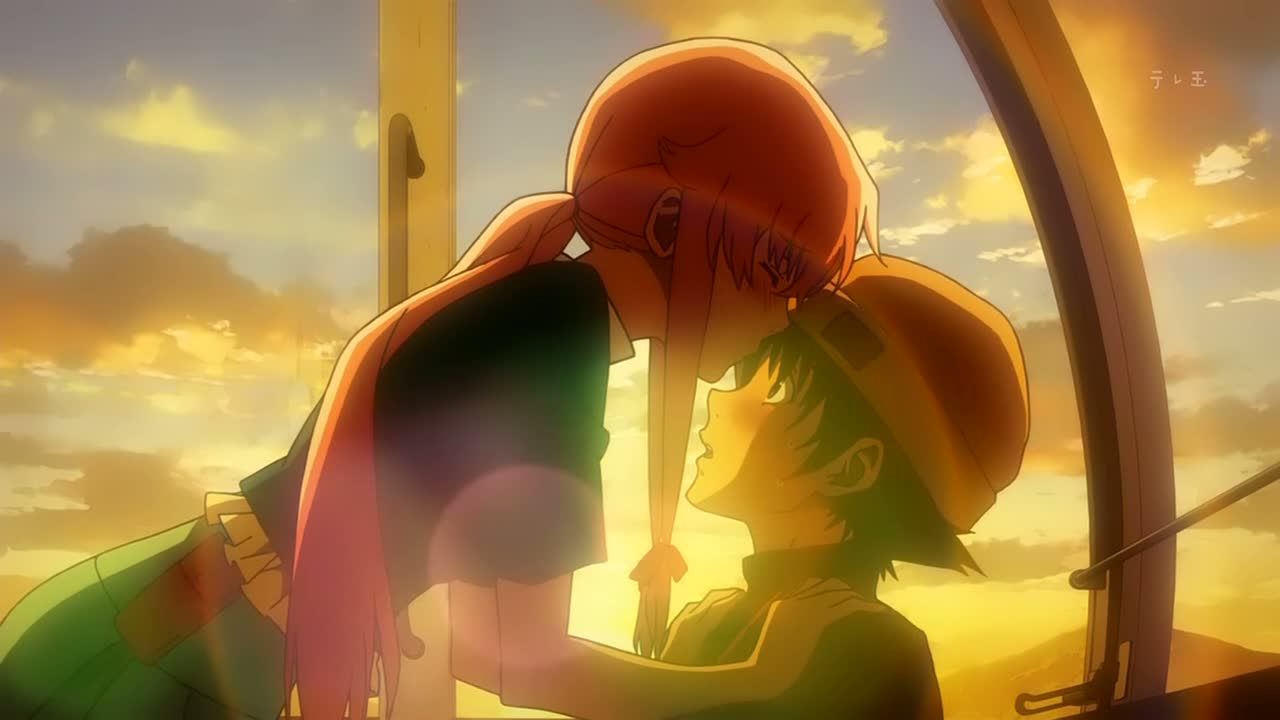 The Inspiration for Mirai Nikki

The Future Diary Tournament itself is designed to mirror that of a Roman gladiator tournament. And all of the participants are named after and emulate the Dii Consentes or the 12 major Roman gods and goddesses. Yuno, for example, is named after the Roman goddess Juno, who is the goddess of marriage and queen of all the gods. She is depicted as being a fierce warrior which is clearly exemplified by Yuno’s strong need to protect Yuki at all cost and kill anyone that gets in his or her way. Karyuudo represents Diana the Roman goddess of hunt, who uses a pack of wild dogs to kill her enemies. Karyuudo attacks Yuki and Yuno with trained attack dogs outfitted with razor sharp metal teeth.
While it is not necessary to be familiar with Greek or Roman mythology in order to enjoy Mirai Nikki's storyline, it is quite interesting to be aware of what god or goddess the character is representing as it gives a new perspective on their seemingly erratic behavior. And conversely watching this anime provides you with a new insight and perspective on the 12 Olympian gods and their behavior as well. Muru Muru, on the other hand, is named after Murmur one of the 72 Goetic demons. Murmur is an earl of hell that allows for dead souls to speak to witches. This is how Muru Muru helps Yuno behind Deus’s back.

Mirai Nikki is not your Typical Anime

What makes Mirai Nikki so unique is that it's a genuine multi-genre anime. While it is the quintessential last-man-standing survival anime, there's also enough blood and guts to qualify Mirai Nikki as a horror anime. Therefore anyone who is a fan of Corpse Party or the Higurashi franchise will appreciate it for its multitude of gory scenes. In addition, the plotline involves a lot of complicated ideas about the future, time travel, and the nature of reality provide a sci-fi quality that Chaos Head and Steins Gate fans alike will definitely appreciate.
Because all the contestants are named after and based on Roman gods and goddesses, fans of literary-based / historical fiction anime such as The Count of Monte Cristo, Romeo and Juliet and Le Chevalier d'Eon will also enjoy Mirai Nikki. And while I wouldn't recommend this anime for staunch romance anime fans, Mirai Nikki is perfect for those who like a touch of romance added to the main plotline. Also, there are many highly emotional elements to Mirai Nikki’s plot. From Yuno’s abuse at the hands of her parents to Yuri’s grief over the death of his parents, there are many tear- jerking parts to this anime. Also, Mirai Nikki covers a lot of issues such as rape, child abuse, childhood illness and even war. Because these issues are usually addressed in relation to the contestants’ pasts, we see that there is no clear-cut good or bad guy participating in the contest.

Other Titles that Mirai Nikki Fans Should Watch 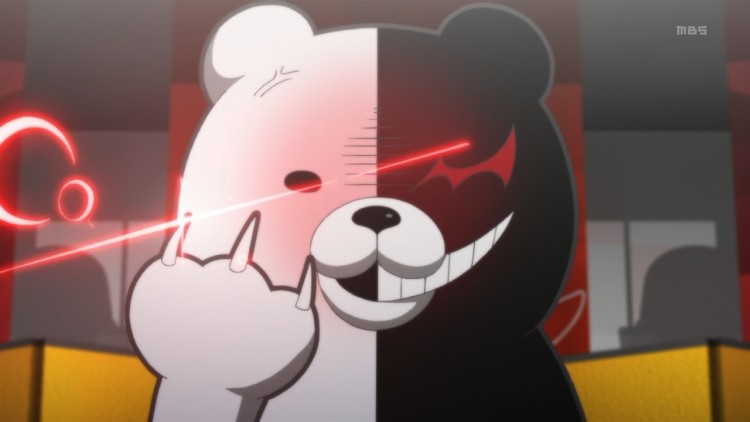 Other anime titles that are similar to Mirai Nikki are Gantz and Danganronpa. Both of these titles are survival animes where we start with a lot of characters at the beginning, and fight until only one is remaining. Gantz follows two high school students who are forced to participate in missions to kill aliens who are secretly inhabiting the earth. They receive points for every alien they kill and once they reach 100 points, they have the option of going back to their regular lives. In addition to being a survival anime, Gantz much like Mirai Nikki has enough bloody death scenes to satisfy the bloodlust of any gory horror anime fan as well. Danganronpa focuses on students that have been admitted to an elite high school. However upon entering, the students learn that their loved ones have been taken hostage and that they must participate in a survival game in order to guarantee their safety.
For fans who gravitate toward Mirai Nikki because of its gory horror anime appeal, other titles you may enjoy are Another, Deadman Wonderland, and Tokyo Ghoul. Another is anime’s answer to final destination. The story focuses on a ghost story that states that every year there's one extra student and that this student is, in fact, a ghost. Until they identify the ghost, people in the classroom will keep dying in brutal accidents. Deadman Wonderland is about a prison/amusement park where prisoners must participate in violent challenges and tournaments in order to stay alive. Tokyo Ghoul is about a newly discovered species called ghouls that must eat human flesh in order to survive. 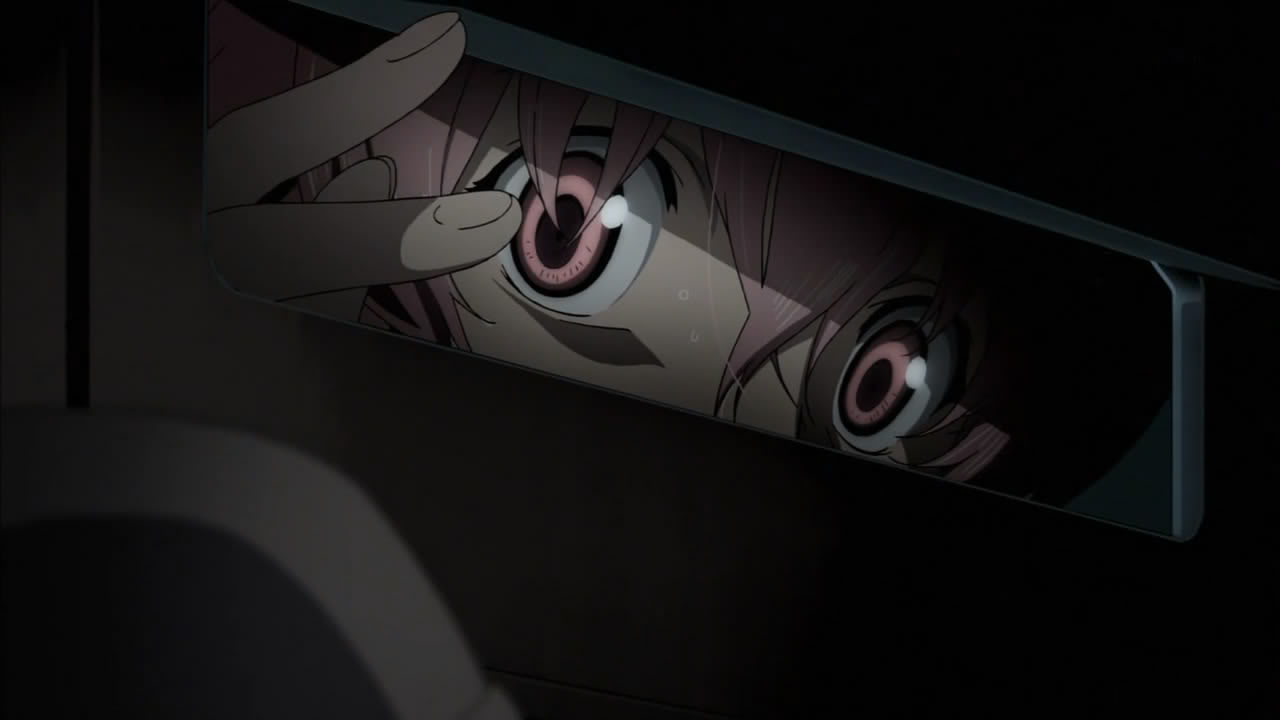 In addition, anyone who is a fan of "yandere" characters will find that Yuno is the embodiment of this anime personality type. For those who are unfamiliar with the term, "yandere" refers to an anime character who is crazy in love with another character, frequently literally and violently so and will bring harm to anyone who threatens their real or imaginary relationship with the object of their affection. It's nearly impossible to look up this term without seeing Yuno’s name mentioned or seeing a picture of her staring adoringly at Yuki. Other notable "yandere" characters are Ryuuguu Rena from the Higurashi No Naku Koro Ni series and Kaede Fuyou from Shuffle. While fans of the Higurashi franchise will agree that almost every character can be categorized as "yandere" at some point. Kaede appeal is that much like Yuno; she has moments where she is normal and has a sweet and endearing personality, and it's that juxtaposition to her violent and unhinged side that makes her truly terrifying. 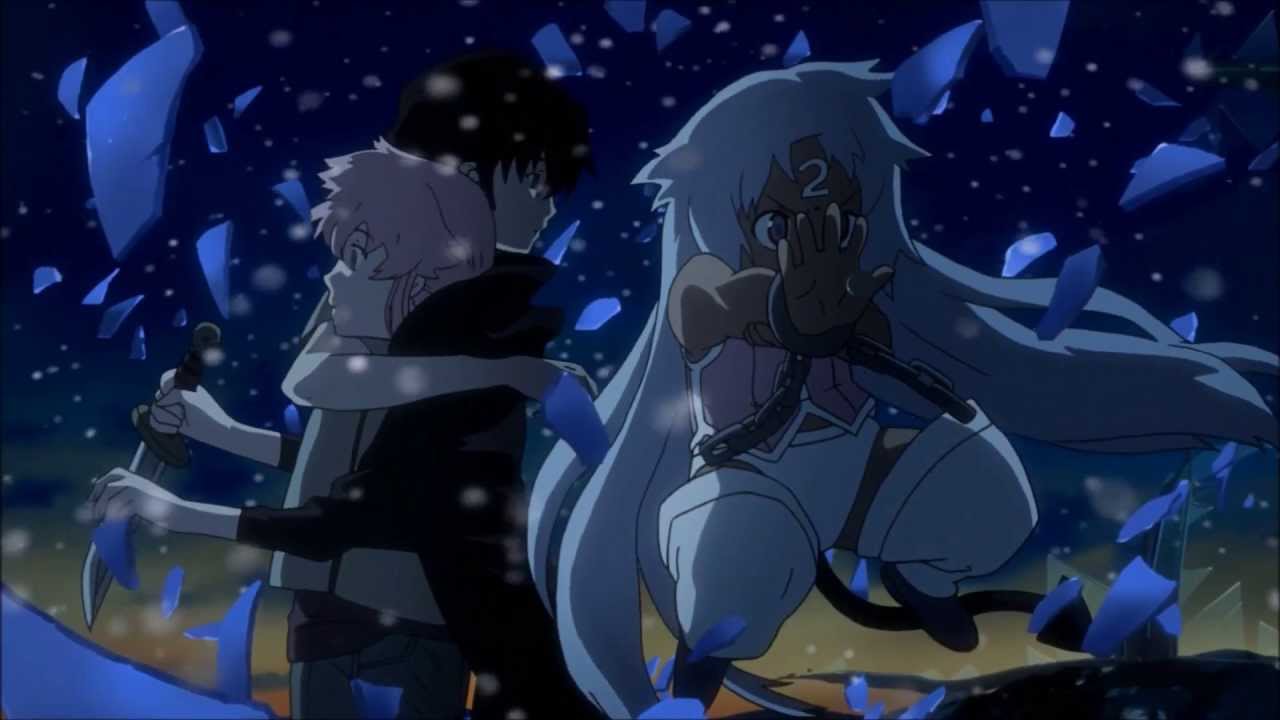 For those who are drawn to the time-travel and alternate reality aspects of Mirai Nikki’s plot should try watching Noein, Blast of Tempest and Steins; Gate. Noein is a sci-fi anime that focuses on a pan-dimensional war that is being fought between two of the main "time-spaces" of the universe. Blast of Tempest is a supernatural murder mystery which involves time travel. And just as Mirai Nikki’s storyline was inspired by the 12 Olympian gods and goddesses, Blast of Tempest was inspired by William Shakespeare's Hamlet and The Tempest. Finally Steins; Gate is the holy grail of time travel anime with a plot so intricate it makes Mirai Nikki’s look simple. And much like Mirai Nikki it addresses the concept of cause and effect in relation to the future.

While fans of survival anime, as well as gory horror anime fans, are the two groups guaranteed to love Mirai Nikki. The complexity of its plot is what allows Mirai Nikki to be accepted and loved by multiple anime genre fans. And for fans who thirst for more Mirai Nikki content, the story was also made into an 11 episode K-drama. In addition to the 12 volume manga series that the anime series is based upon, there are three side story manga as well: Mosaic, Paradox, and Redial. They all tell of events that happened before and during the events of the main series. So if you're looking for a refreshing change of pace that is exciting and thought provoking, then I recommend checking out Mirai Nikki.