Tired of waiting for the English release to catch up to the Japanese chapters? All the series in this article are simulpublished in English on Global Book☆Walker!

Kadokawa, a major manga publisher and anime producer in Japan, recently announced it would begin simulpublishing manga and light novel titles through its Global Book☆Walker platform. The selection of simulpub titles is expected to increase to more than 100 titles in the near future.

Here's a brief take on a few of the titles currently offered for simulpub release. 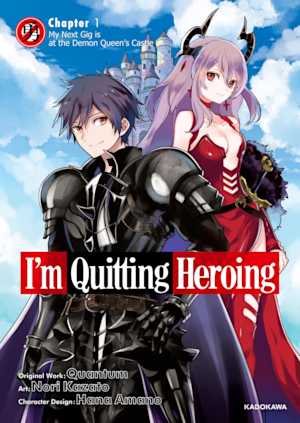 After defeating Demon King Echidna and her four generals, Leon Demonheart returned to the holy city expecting a welcoming party and rewards galore. Instead, he found himself ostracized by the humans he had fought to defend and exiled from the country by the king. With no place to go, he turns toward his former enemy and asks to join Echidna in rebuilding her demon army.

Follow Demonheart and his new companions on their journey to rebuild the demon army in this fun and entertaining manga. The character interactions are familiar but refreshing, with quick-witted quips and friendly banter. There's no knowing what powers or spells Demonheart will use next from his seemingly endless repertoire of abilities. If you're looking for a lighthearted comedic fantasy manga to read, then I'm Quitting Heroing is for you!

Magic Stone Gourmet: Eating Magical Power Made Me The Strongest 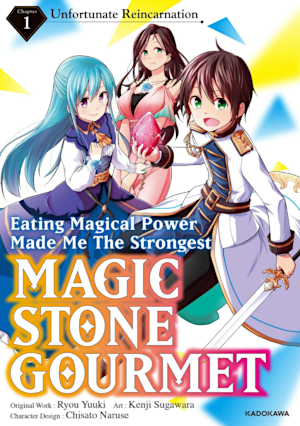 If you're already accustomed to the very popular isekai fantasy genre, you might already be familiar with the concept of a main character being given a skill which people around them dismiss as useless, but is actually overpowered. Usually, there is this certain trope where these MCs with overpowered skills choose to conceal their power, which sometimes make it frustrating that they usually do not get the credit they deserve.

The story of Magic Stone Gourmet absolutely demolishes this trope by making its main character discover the potential of his power and bringing him to justice almost immediately after unlocking such power. He gains a very beautiful accidental fiancee, and he is taken away from his father who failed to see his potential by his mother who happens to be a beloved and respected princess of the neighboring continent, consequently making him that country's prince! The feeling that MC gets early justice and a better life is very appealing that I just can't get enough of it. To imagine that this is just the beginning makes me wonder about how the story will evolve in the future as, unlike the MCs father, I can see its potential!

My Little Sister Stole My Fiancé: The Strong Dragon Favors Me and Plans to Take Over the Kingdom? 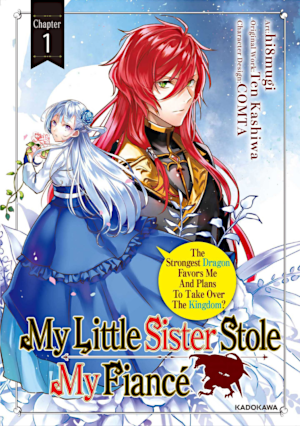 All her life, Eliana trained to be a suitable bride, pushing herself to be the best she can for the sake of her family. However, the dream that she has worked so hard for is shattered on a whim by her little sister, who demands to marry the crown prince in her stead! In her despair, Eliana volunteers to be the "Dragon's Bride," the maiden ritualistically offered every 10 years. Although she hopes to escape her mental anguish through death, she is surprisingly saved by the powerful dragon, Greed.

One might expect this fantasy to follow Eliana getting her fiancé back, but nope! Instead she finds a much hotter and doting (if a bit tsundere) beau. The tension of this story is built on looking forward to seeing those who wronged Eliana get their comeuppance. In addition to the gorgeous artwork, Eliana (besides having amazing hair) is a sympathetic and likeable protagonist.

A Boy Raised By Gods Will Be the Strongest 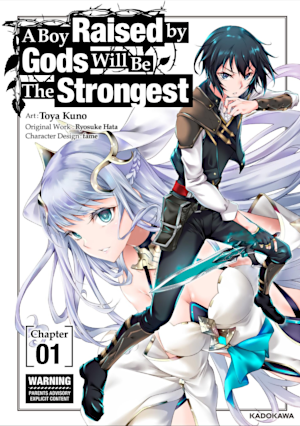 Reading both light novels and manga, you can really say that the potential of A Boy Raised By Gods Will Be the Strongest, like its main character Will, is through the roof. First, we are given nine chapters of a rather long prologue of the MC's days a child, but it pays of really amazingly—especially that it warms the reader up for a grand adventure that includes fast-paced yet exciting action scenes that makes the readers readily turn page after page whether they may be visually compelled by the wonderful manga panels or literarily moved by each word of the novel.

Aside from the action-adventure fantasy concepts this title has to offer, it also gives us harem, or at least its underlying innuendos, as a bonus theme. Not only that, the story is also written in a way that brazenly introduces the reader into a rare harem subtheme that makes it stand apart from others of its kind, making the title pleasing to the ones who enjoy harem stories. It is somewhat sad that currently, the manga—which is more favorable for me—is in the middle of a very exhilarating arc, but I believe that waiting for the next chapter will truly be worth my while.

The Insipid Prince's Furtive Grab for The Throne 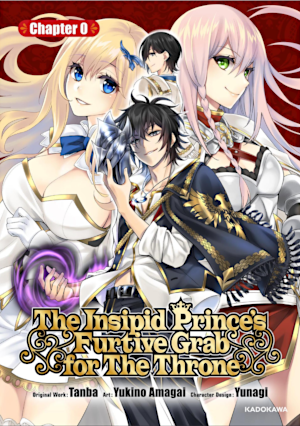 The Insipid Prince's Furtive Grab for The Throne portrays some of the staple elements of fantasy, namely guilds, adventurers, royalty, and secret identities, in a unique and different perspective that offers fresh air to the genre. Our main character, Arnold Lakes Adler, who is the seventh prince of the Adrasia Empire has a twin younger brother named Leonard who, as a prince, is better than him in many aspects—overshadowing him completely.

In other manga, this would already have been a setup for Arnold striving to surpass his brother and perhaps exact revenge. This is not the case with this manga. Arnold fully supports Leonard and wants him to take the throne to save their empire from a foreseeable grim future. To ensure the success of this goal, Arnold is willing to use his secret identity as Silver, one of the strongest adventurers of his nation. This mix of unusual royal camaraderie with the familiar aspects of secret identities make this manga a force to be reckoned with and I can't wait to see what happens when Leonard finds out about his brother's alter ego, if ever. 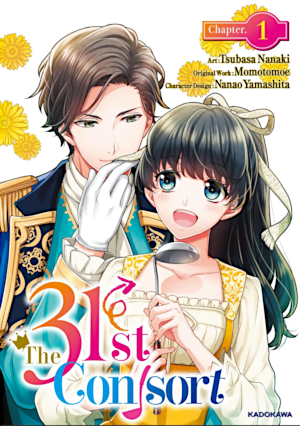 Felia, the sister of a feudal lord, is chosen as the 31st consort to the king. With a system where the sovereign meets the consorts on their respective day of the month, Felia is not called upon too often. In this sidelined position, Feria is barely provided the basic necessities, and she takes it upon herself to manage the household. Rolling up her sleeves and getting her clothes dirty are all part of a hard day's work for the earnest consort, and for King Macron, this is like a breath of fresh air. Feelings spark between them—but to be together, they will have to overcome age-old customs and greedy nobles.

This is a heartwarming story of a girl who always tries her best and her pure-hearted romance with a handsome king who must balance duty and desire. From the very start, the reader knows Felia is charming, and the king, being a smart man, sees it too. What I particularly like about this story is the instant spark between the main leads. There is no "will they, won't they." Romance stories are full of clichés, and perhaps this story is no exception, but who doesn't love a few heart melting clichés?

The Lotus Eaters, Drunk and Sober 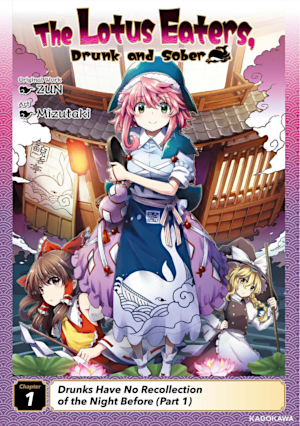 Aside from the many mainline shoot 'em up danmaku games such as Mountain of Faith and manga such as Touhou Suzunaan: Forbidden Scrollery comes yet another manga entitled: The Lotus Eaters, Drunk and Sober. For Touhou fans, this manga offers another great expansion for the Touhou universe which is always a pleasure to read. Alongside our main cast members Reimu Hakurei, Marisa Kirisame, and more Touhou characters, this manga introduces a brand-new print-work-original main character—Miyoi Okunoda—whose characteristics brings a new spark within Gensokyo and its populace.

For non-Touhou fans or to those curious about its fandom, Touhou Suichouka is a very good first exposure to know the characters, their personalities, and even the world of Touhou, even if you do not have the skill to play the infamously-difficult danmaku games. Full of twists, comedic shenanigans, and plain allure, this manga doesn't fail in portraying the qualities of the magical land of Gensokyo as consistently as it was first conceptualized. Reading this manga will let one— whether they may be well-versed enthusiasts, new fans, or casual readers—know the wonders the Touhou universe has to offer!

There are more manga being officially translated into English than ever before, but even the most popular series can still fall through the cracks.

Tips for a Translation Submission!

Many English-language manga publishers send a prospective translator a sample chapter as a test. Here are some points editors use to evaluate them. Do a good job on these, and you'll stand a much better chance of getting hired!