What is Aniclub? And what does it have to do with 'How Not to Summon a Demon Lord Ω'? MOTSU wants you to know with these eight remixes.

With every season comes an assortment of new opening and ending themes (OP/ED), each created to set the tone for the anime and get you hyped. The theme songs for Spring 2021's Isekai Maou to Shoukan Shoujo no Dorei Majutsu Ω (How Not to Summon a Demon Lord Ω) are no exception—reminiscent of 90's music, both songs are upbeat party anthems designed to coax even the most reluctant listener to get up and dance. 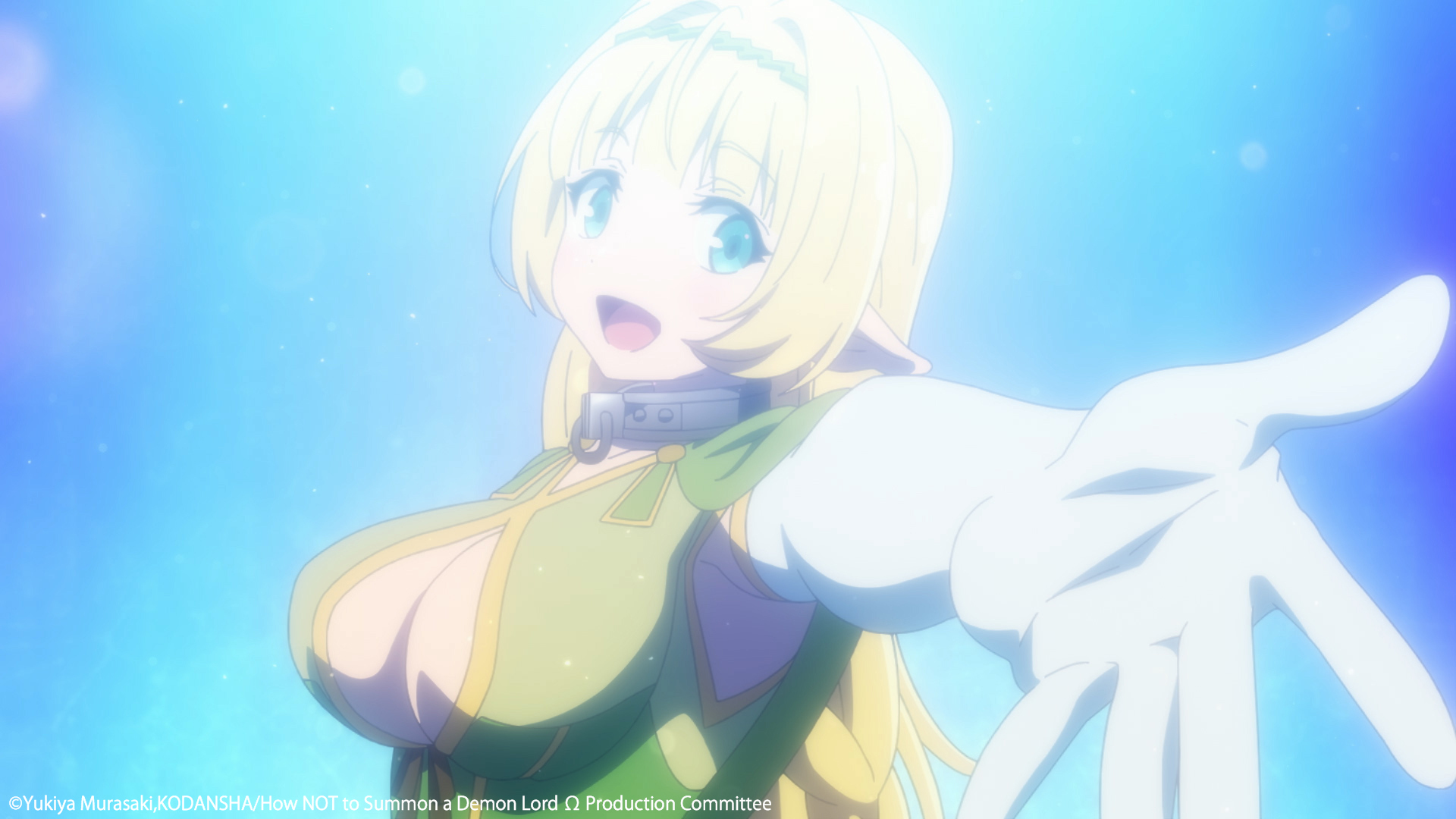 Titled "Everybody! Everybody!" (OP) and "You You You" (ED), Yuu Serizawa (character voice for Shera L. Greenwood) performs alongside DJ KOO and MOTSU for both tracks. If listening to these songs threw you back in time to Initial D, your nostalgia isn't random: years ago MOTSU was the rapper for m.o.v.e, the band which performed nearly every theme song for the franchise.

As the Initial D TV anime was ending, a different movement was growing in Japan—"Aniclub", where music, anime, and clubbing collide. During these events, DJs either play original anime songs (anisongs) in-tune with the energy of the crowd, or they create remixes of the originals. In music, remixes are one of the main essences of the community. Remixes seek not to deem the original song as inferior, but to expound on it and enhance its reach, offering a familiar yet unique experience to the audience.

MOTSU is a prominent figure in the genre as lead organizer of Anime Rave Festival, the largest aniclub event. Considering this, and that MOTSU wrote the lyrics and music for both "Everybody! Everybody!" and "You You You," is it any wonder these OP/ED songs make you feel like they belong at a rave (or cough in DDR)?

If you can't get enough of these songs (like us), we'd like to introduce eight brand-new remixes created by MOTSU himself. With the gradual release of these edits over the last four weeks, MOTSU hopes these songs will reach music fans across the globe—and maybe even inspire them to create their own. After all, music is not just one-way: it is versatile, and that aspect makes remixes even more appealing.

This remix starts much quieter than the original song. However, quickly it starts ramping up. As an edit rather than a remix, it is the most similar to the original song compared to the other remixes, but the extended introduction helps to build anticipation to the epic drop.

Similar to the Aniclub Edit of the opening theme, this version of the ending starts out calmly. The introduction warms you up, then transitioning to a melody that gives off the feeling of the original song. As such, the edit does not deviate too far from its roots, retaining the same feeling as the original while offering uniqueness.

Like the lead-up to a race builds adrenaline, the countdown from 10 builds excitement. However, the countdown is stopped right before one... to call for a jump~! Right from the start, this remix shows it has a lot of different things to offer than the original. Even so, it still has that amazing drop.

When talking about Eurobeat, most anime fans would probably think about the famous opening of Initial D. Of course, Eurobeat in itself is a beloved style of music that includes a distinct rhythm that is perfect for accompanying a dance number. Despite mixing this style to a song that is somehow already close to Eurobeat, the Hachiroku Eurobeat Remix still manages to transform this song to a different yet nostalgic homage to the Eurobeat style as a whole.

From the 90's remix, we jump back to the 80's for a remix reminiscent of 80's space anime. Starting from a picture of the galaxy... then zooming in to see the message "Everybody! Everybody!" emanating outwards from three aliens. This message is—a brand new remix! From the narration at the start to the grainy image of a galaxy in space, everything is reminiscent of older 80's media. The instrumentals would undoubtedly be the perfect background music at a trendy intergalactic cafe sitting on the rim of the solar system. The song then quiets for the narrator to say that the three aliens and their friends have taken a rocket into space. Perhaps they might take a pit-stop at Earth along the way? There's no better way to explore the universe than with a groovy song like this~

Speaking of Eurobeat, the ending theme has two remixes of it! True to its name, this version of the ending features a happy and upbeat melody throughout the whole song. To complement this remix's theme is brighter accompaniment which adds to the already positive mood of the original song and its lyrics that portray a love comedy. Perhaps one of the most noticeable and significant changes this version has to offer is the bridge after the second refrain. In this part, the original changes the tone and tempo with a poco ritardando that represents a calm recess as preparation for an overall spectacular execution of the final parts of the song. On the other hand, the Happy Eurobeat Remix remains consistent with its fast pacing, leaving a fresh impact to the listener.

The final remix of the opening jumps back the final decade into the disco hits of the 70's. Characteristic of the genre, there is strong vocal reverb. Even so, the song still maintains the high energy we expect from "Everybody! Everybody!"

While the other three remixes retain the fast, light, and cheerful rhythm of the original song, the Kawaii Future Bass Remix brings the song to another level. While the actual lyrics retain their speed, the background music takes on a considerably slower tempo, mixed with a familiar melody that one would connect with futuristic technology—just like the title of the remix. 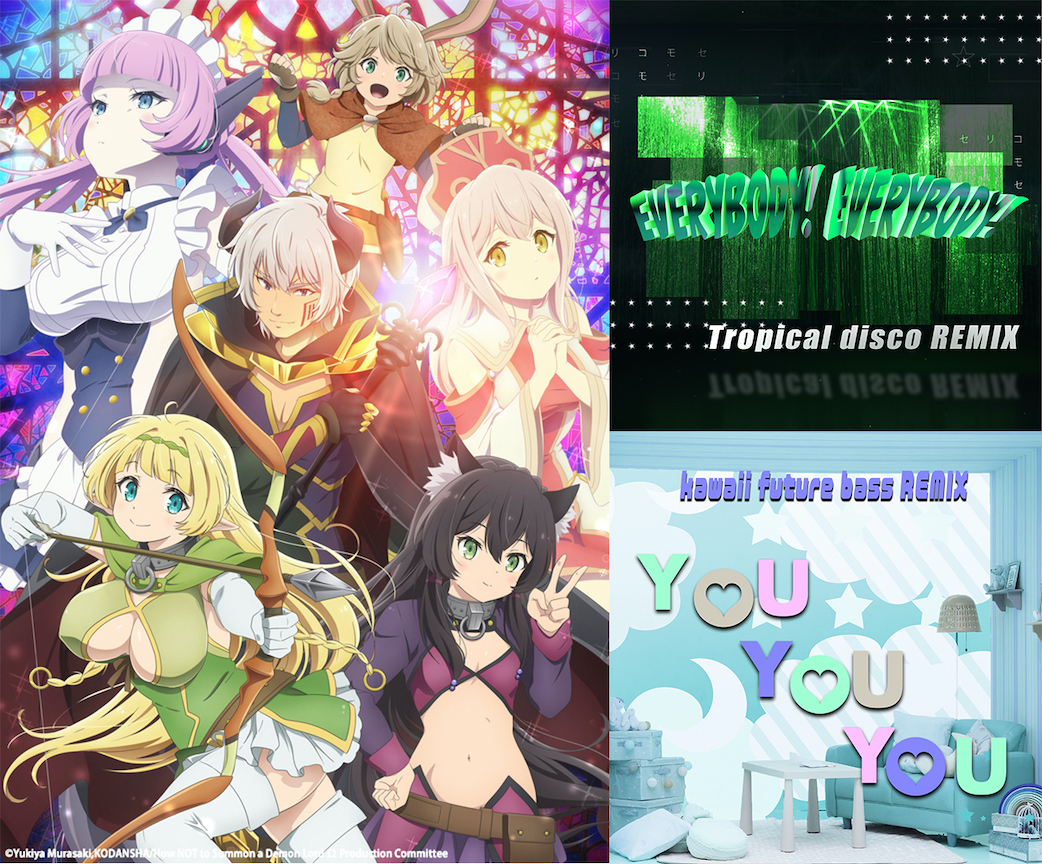 'EVERYBODY! EVERYBODY!' / 'YOU YOU YOU'
(Opening and ending theme for TV anime series 'How Not to Summon a Demon Lord Ω')
Artist: Yu Serizawa with DJ KOO & MOTSU
Release date: May 19, 2021
CD purchase and more: https://avex.lnk.to/seriko3_EEYYY_PKG
Download and streaming links: https://avex.lnk.to/EE_YYY_FULL

What Does 'Doujinshi' and 'Doujin' Mean?

Most Western fans have heard the term "doujinshi". Buw how many know what it really means - and what a huge financial importance it has?