MyAnimeList Exclusive! Azusa Tadokoro Live 2021 ~Waver~ Official Live Report Voice Actress and Musical Artist Azusa Tadokoro Bares Her Soul Through a Powerful Live Performance: “This Was the Most Honest Way to Show Who I Really Am” 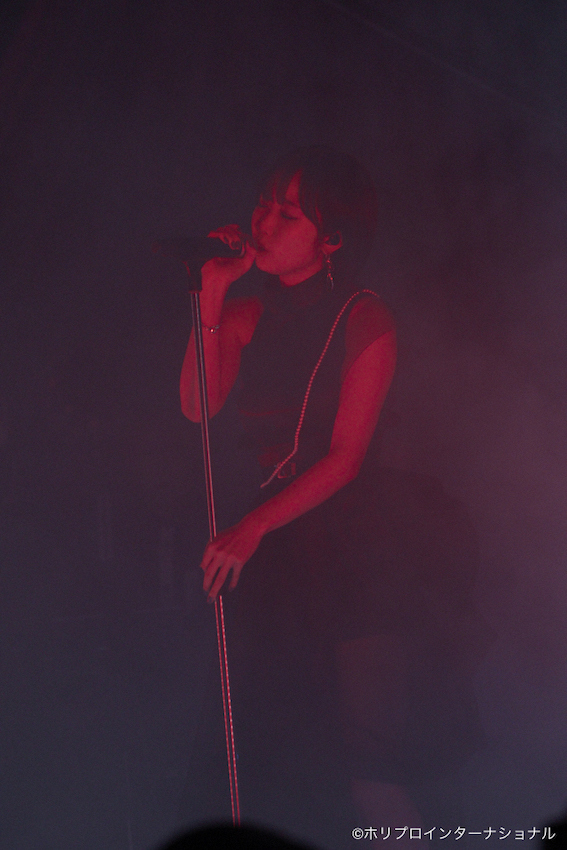 The theme of Tadokoro’s fourth album “Waver” centers on the variable and conflicting emotions we all experience, and the turmoil and unease, but also determination, that Tadokoro herself struggled with during the creation of her latest album. Each of the ten tracks from her “Waver” album, which were produced and completed sometimes through tears and emotional struggle, were featured during April 3’s live performance. Although the event was held online due to the current COVID-19 situation in Japan, Tadokoro’s performance clearly conveyed her thoughts and feelings to the audience through her powerful, practiced vocals and her impressive expressive ability. 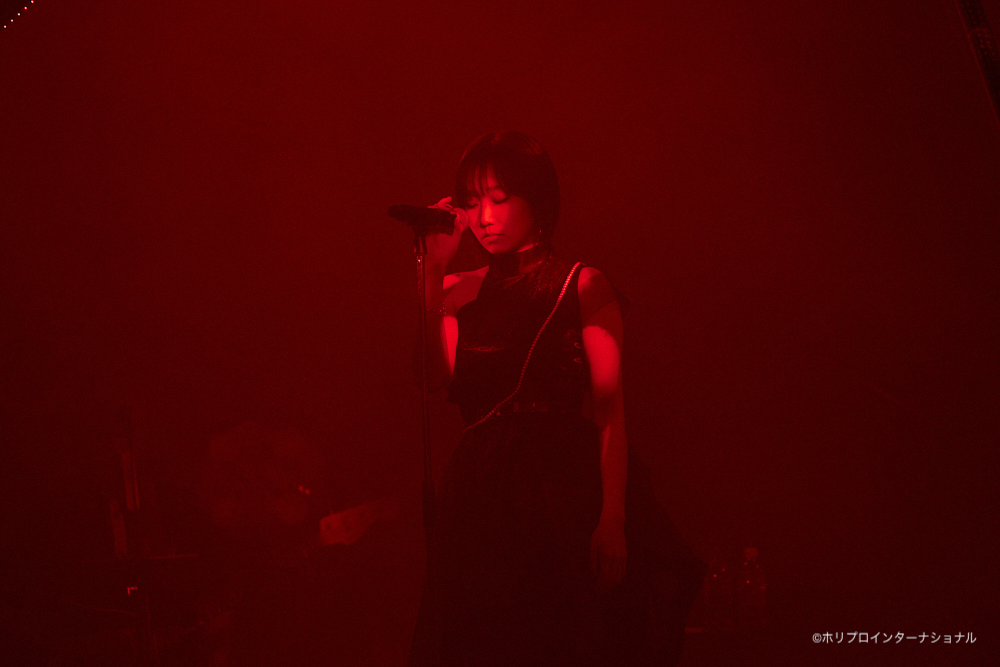 Tadokoro’s first concert in nearly a year and a half opened with “Laidback Girl,” which is also the lead track for the “Waver” album. Appearing on camera in a stylish, black, shoulder-baring dress, Tadokoro delivered a glamorous, emotional performance of the jazzy tune. This track moved viewers with the raw emotion encapsulated in its lyrics, spoken sections, and in the at times almost shrieking high-pitched vocals, causing the concert’s chat function to be filled with viewers’ comments: “I felt like lightning ran through me!” “I got goosebumps just hearing her voice!” The following track, “Chicchana Kaiju” (“Little Monster”), expressed Tadokoro’s feelings anguish and struggle through her powerful vocal delivery, along with featuring a highly technical, exhilarating piano performance by the band’s pianist. 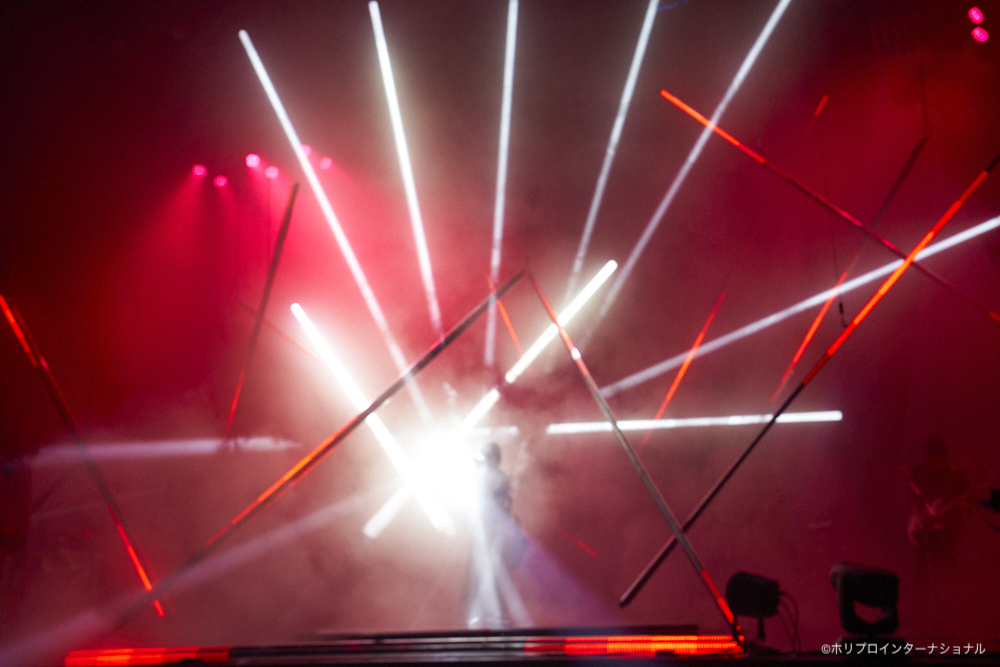 The concert’s atmosphere changed abruptly with the third track, “Shinigami to Romance” (“Romance with the Reaper”), a cheerful and airy tune expressing a young girl’s raw romantic feelings, and the set continued with a special arrangement of “Yasashii Sekai” (TV anime “By the Grace of the Gods” OP theme), in which the first verse was given a masterful piano accompaniment. Tadokoro’s gentle vocals, with just a hint of sadness, enveloped the audience in a warm embrace.

Her set continued with “Itsuka Kureta Machi no Sora ni” (“Someday, In a Sunset Town”), a track which she composed herself for the album, and which expresses her gratitude for those who have supported her. This was followed by “Cliché”, a bright, hopeful track which was born from the emotions and feelings she experienced upon seeing her brother’s wedding. The nostalgic, reassuring melody paired with her placid vocals, was like a warm ray of sunshine that brightened the stage. 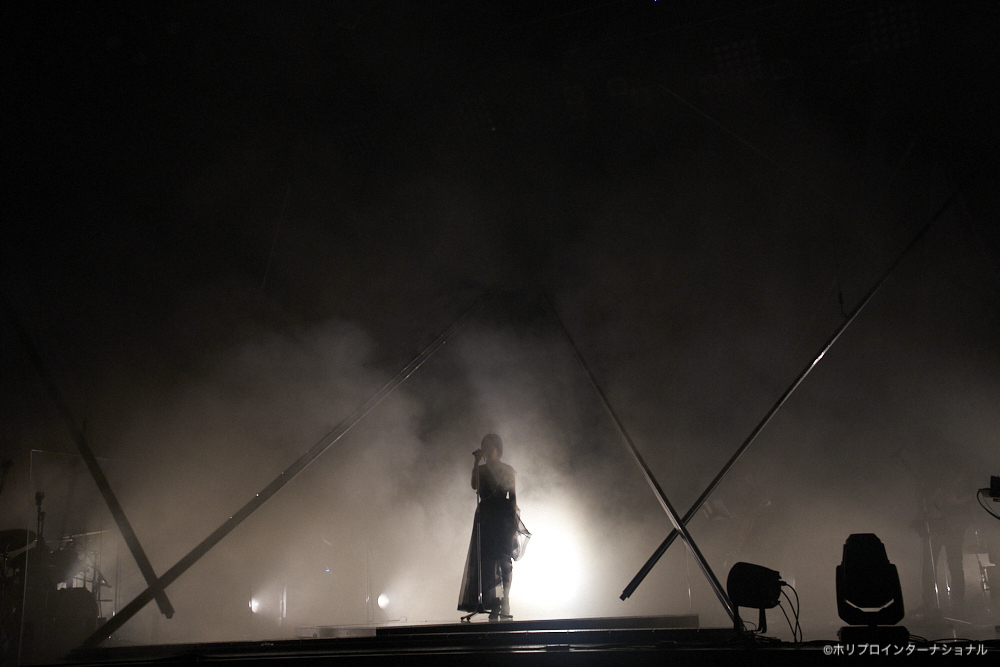 Tadokoro commented in her first MC section that it was her first time to sing so many tracks in a row before the first MC, and that despite bringing such power to the first part of her set, she had actually been quite nervous since the day before the performance, and even had such trouble sleeping that she called her friends back in her hometown.

The second half of her set led off with “Sole ni Hanabira” (“Petals on my Sole”), a stylish pop track that features a surprising and delightful sample of a cat’s meow as part of the tune. Tadokoro’s vocals, together with an outstanding performance by the bass guitar and a special visual overlay only possible through the unique live streaming experience, livened up the set, while the next track “Rest in a Stroke” brought a gentle, warm feeling to the stage. 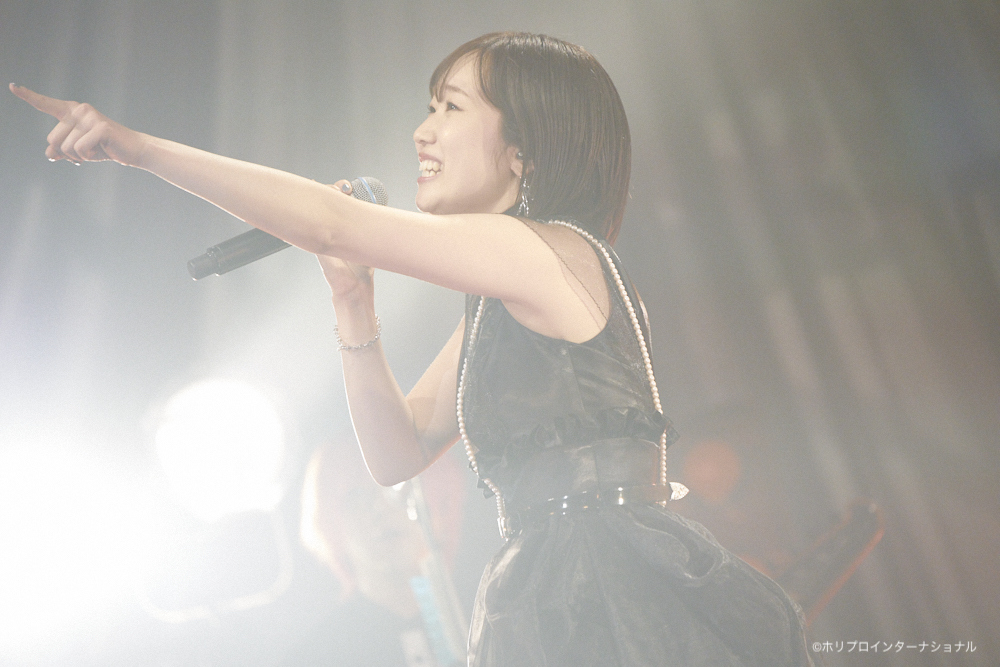 The playful track “Visual Vampire” from Tadokoro’s eleventh single “Yasashii Sekai” (“A Gentle World”) was next, and featured exciting handheld camera work as Tadokoro visited each band member on stage in turn, performing briefly with John Kanda (guitar/band master), Tomohiro Nagasawa (guitar), Shinichiro Iwakiri (bass), MIZUKI (drums), Yosuke Shibazaki (keyboard), and Kyoichi Shinozaki (manipulator). The camaraderie and connection Tadokoro shares with each of the members of her band, Azusa 2-Go, could clearly be felt by the audience through their bright smiles and lively performances.

Tadokoro moved to the front of the stage to deliver “Tsurezure Renai Survivor” (“Idle Romance Survivor”), and continued with “Koroaruko.”, a track created together with Takahiro Shibata from the band Wasureranneyo. This track, with powerful lyrics like “shut your mouth! You just don’t get it!” and “I left that innocent self back home” made an impact on the audience, but the moment’s tension broke just as soon as it came with Tadokoro’s smile, and the sudden switch of expression and emotion surprised the audience, which expressed their shock in the stream’s chat. 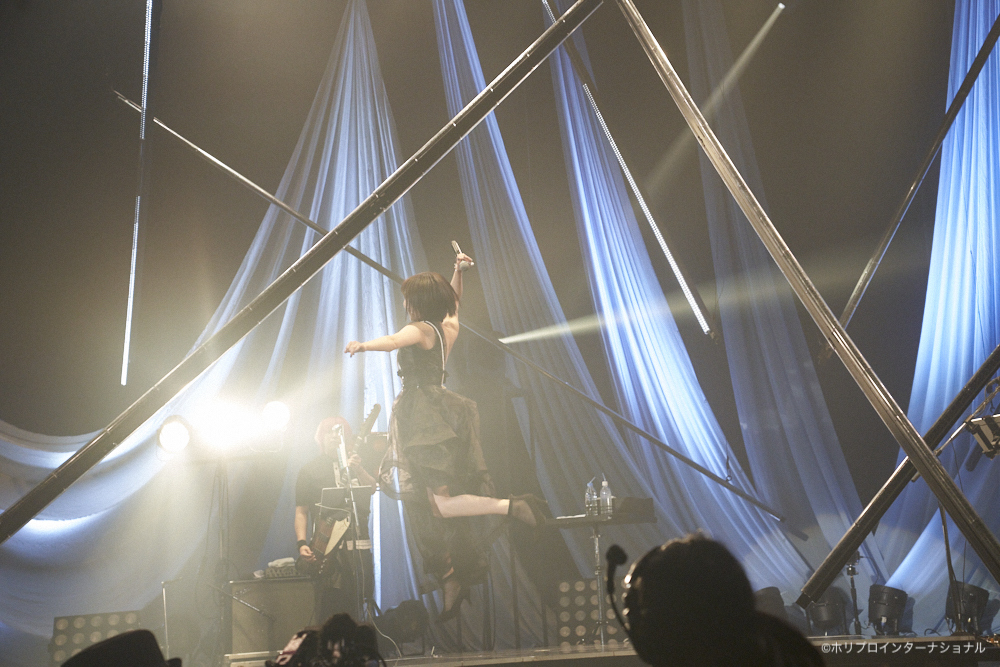 Tadokoro captivated the audience with an array of moods and expressions which changed for each track. For the final MC section, she gracefully moved to a special center stage, and spoke directly and frankly about the feelings and emotions she poured into her “Waver” album.

Commenting on the struggles and anguish she experienced in making her first self-produced album, Tadokoro explained that in creating this album, “I didn’t compromise my vision for anyone. And yet, I was really worried right up until the album went on sale and was delivered to everyone.” Upon seeing the strong positive reaction to the album’s message, “I was really moved… And I realized that I really did want you all to like what I had made. … (I realized that) I can’t completely cut my thinking off from everyone around me, either. I’ll live my life to the fullest, and turn it into my music, and bring it to you all. So please, tell me what’s going on with you all, too. Tell me about your lives sometimes. It’d make me happy if you did. And we can grow old together, just like that. That would be perfect, I think. I’ll keep ‘wavering’ and growing in my own way, so please stay with me, grow together with me. Even if you think it’s selfish of me, I think this album was the most honest way to show you who I am.” 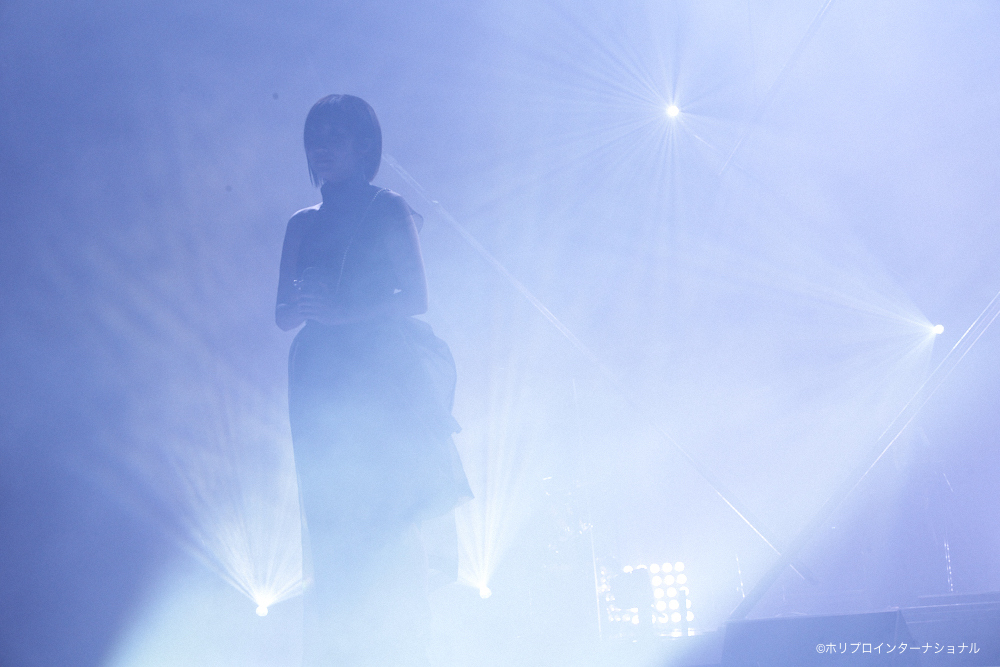 Exhaling softly, as if to calm herself, her face showed the depth of her feelings, and her eyes showed the strength of her determination. Her final track of the concert, the title track “Waver”, put those feelings and determination on full display. Wrapped in blue light and accompanied by a sweet piano melody, her vocals were truly breathtaking. The last phrase of the song, “As the night dawns / I made my choice / To live as I am / My ever-changing self”, delivered with conviction, perfectly expressed how she will go on writing the story of her life. 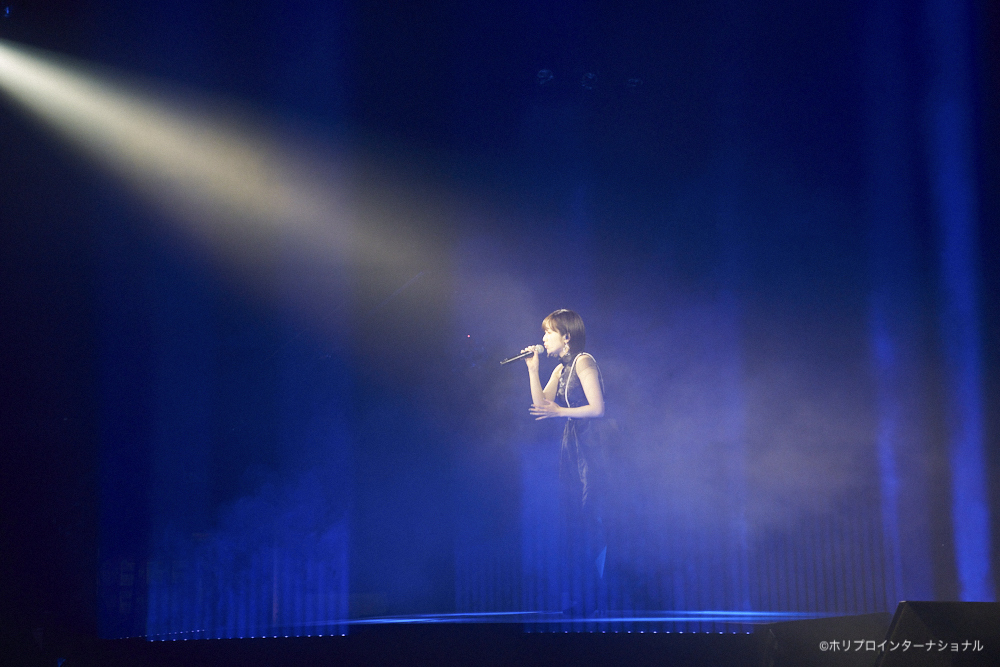 Azusa Tadokoro will continue to walk her own path, “wavering” as she goes. Her fans can look forward to walking along with her, experiencing her raw emotions and feelings together.

After concluding the performance, fans on LINE LIVE-VIEWING enjoyed a ticketed online after-party with Tadokoro and her band. Tadokoro and her band members looked back on the just-finished concert, discussed their thoughts and feelings on each song, and gave a unique look into the production of the concert and the “Waver” album. 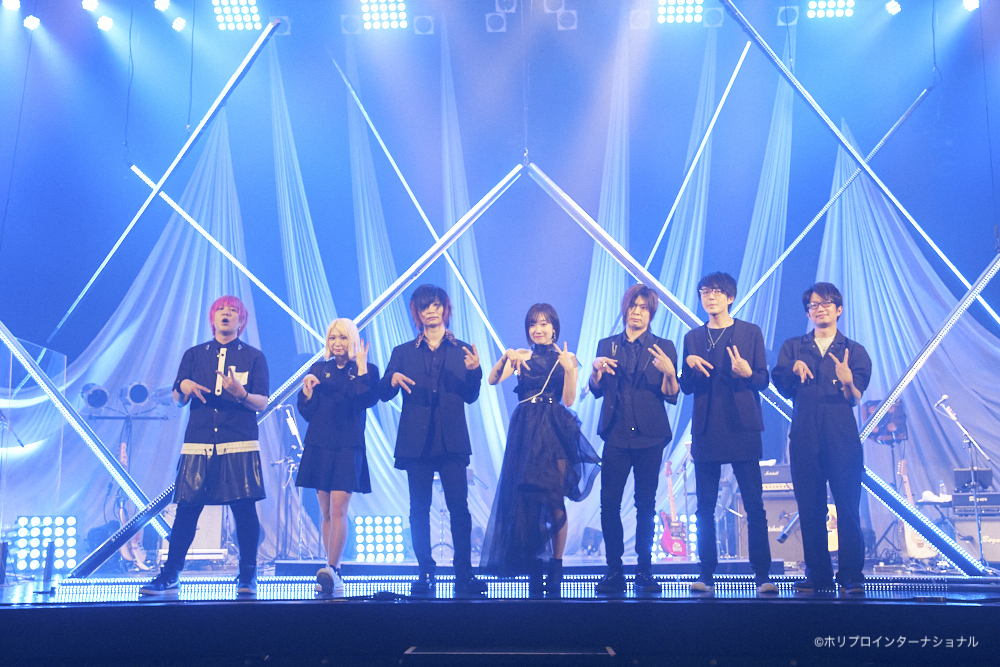 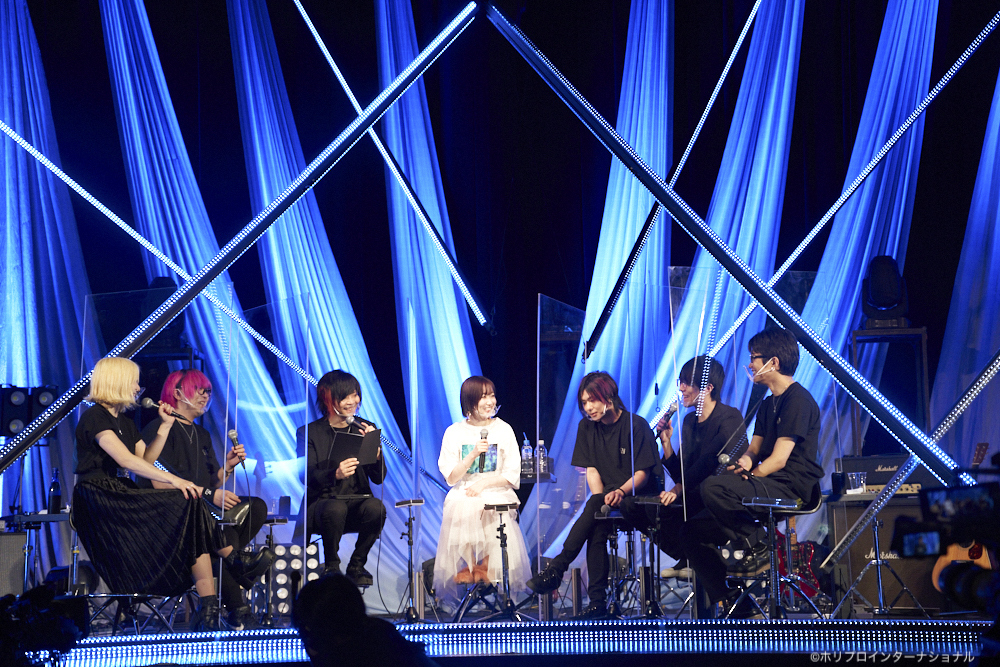 The concert archive will be available on LINE LIVE and on YouTube until Saturday, April 10 (Japan time). The concert will also be aired on Chinese video site Bilibili on April 7 from 8:00pm (Japan time) on Tadokoro’s official channel. Fans who missed the live performance, or who wish to experience it again, don’t miss the opportunity to enjoy this powerful performance!

HoriPro International is a wholly-owned subsidiary of HoriPro, Inc.

For those that are new to the world of BanG Dream!, let us bring you up to speed with this franchise’s activities up to now, each band’s style, and details on future live performances.