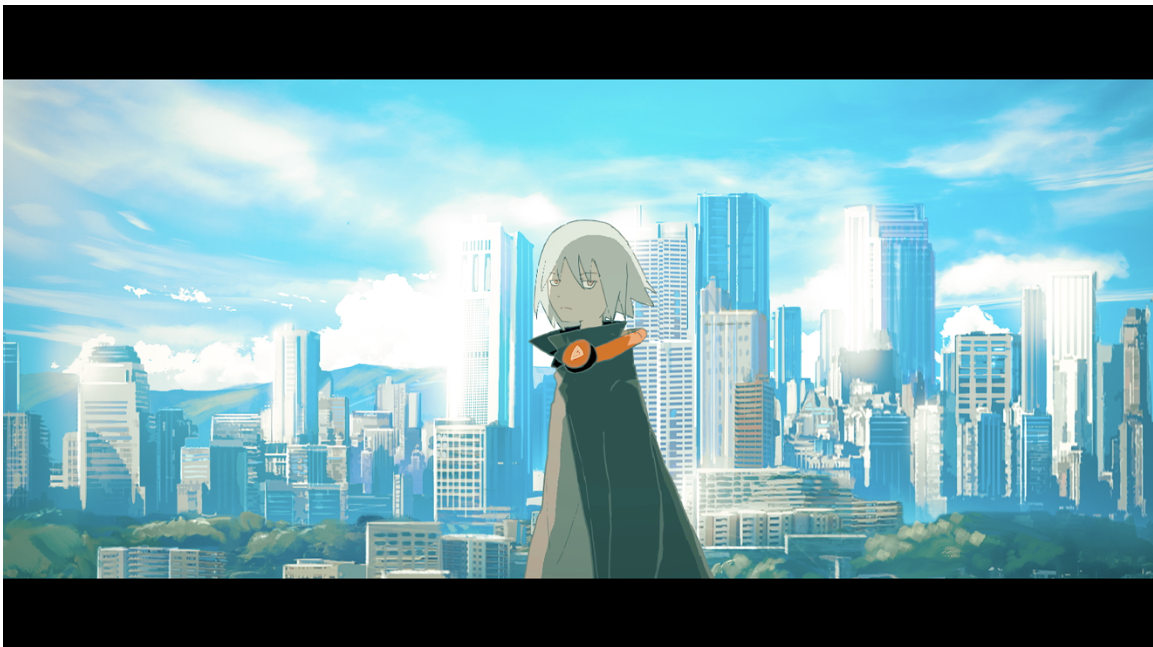 Waboku's videos are characterized by a unique worldview and detailed movement synchronized with the music. The MVs he has created thus far for Eve's Oki ni Mesu mama and Zutto Mayonakade Iinoni's Tadashii Itsuwari kara no Kishou have gained explosive popularity on video sites. To explore how these works are produced, Waboku discussed his roots and production methods with us.

When I was in high school, I wanted to become a folklore scholar and planned to take that career path. My sister was a bookworm and, because of that, I also liked reading novels and doing research. I often read novels by Kunio Yanagida and Natsuhiko Kyogoku. In particular, my character creation is strongly influenced by Shigeru Mizuki. 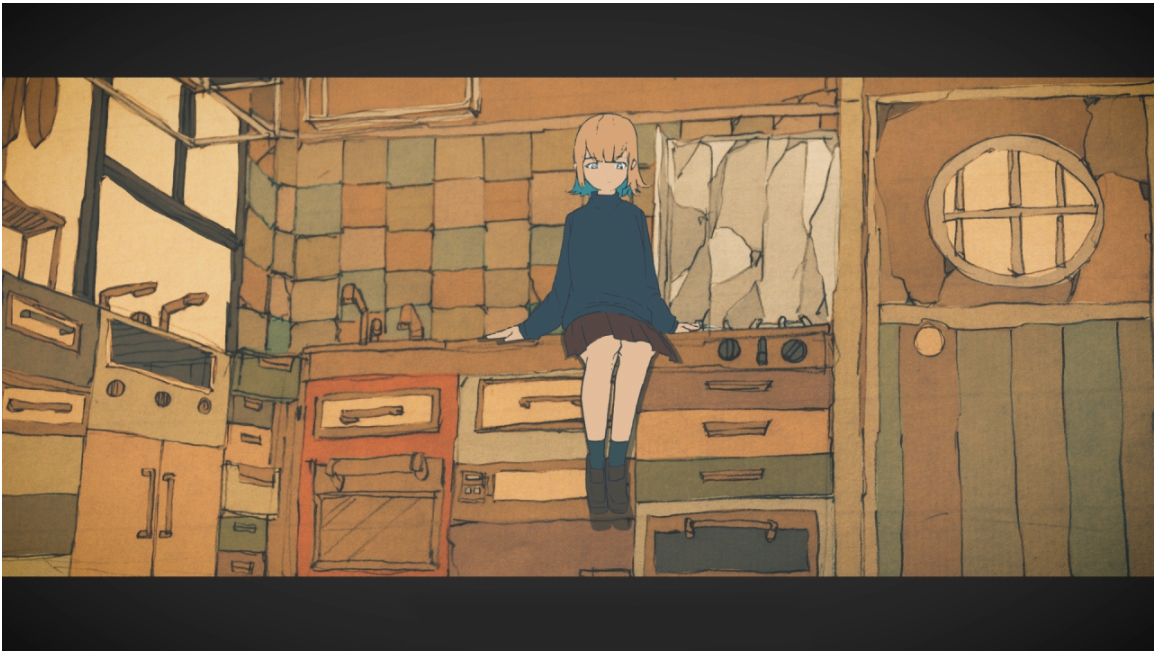 Originally, I was not interested in drawing pictures. The only anime I knew about were those like Doraemon or Crayon Shin-chan, and I had never seen late-night anime at all. However, when I was in my third year of high school, I happened to watch director Mamoru Hosoda's Summer Wars, which was broadcast on the first year anniversary of the theatrical release—and suddenly, my path changed to art. However, I had heard that it was hard to work in the animation industry. I needed a student loan to attend university, and I thought that it would be difficult to pay it back if I went into the animation industry. Thus, I thought that it would be nice if I could find a job in something related to anime, without directly entering the industry. 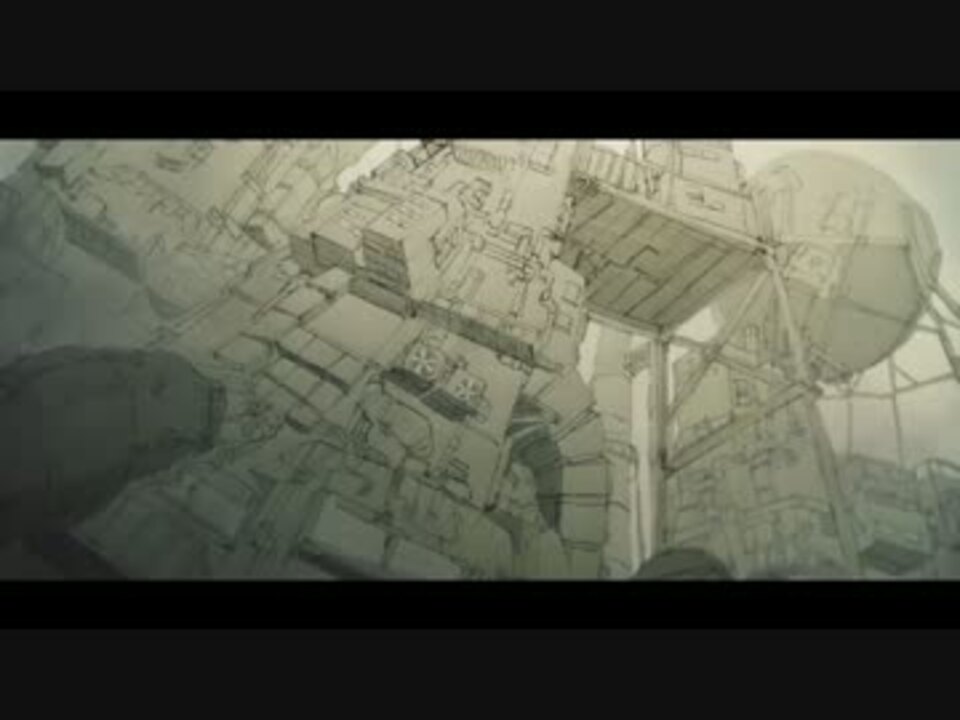 I studied video at university, but when I made my first animation there, I felt that I had no talent at all. Compared to the people around me, I didn't have much skill at drawing and I didn't know how to make the picture move. Since I had not seen any anime until that time, the gap between me and the people around me was large. However, drawing animation is similar to the Shogi exercise that is "You can draw this way if it is a cut that moves like this." By studying standard moves one by one and continuing to master it, I learned how to make animation little by little. The knowledge I gained from that time as a first-year university student is still often used in my work.

The production method that I was pursuing solidified.

I made my first animation when I was 19 years old. It was a Vocaloid P MV as fan art. However, I created almost no animation work after that until EMIGRE, which was for my graduation project.

After graduation, I quit my first job in about six months. And after a few months of freelance, I entered an artist's office. The office was doing a company-wide project called "Let's make a name at the film festival" and I made two short animations to exhibit. Then, Mr. Luwan of Vocalo P, who happened to watch the short animation, asked me "Would you like to work together?" At that time, I didn't have any work for myself at all, so I thought that I could do something interesting. This is when I made the MV for Haita; it was my first time making an MV.

https://www.youtube.com/watch?v=46heaUd6g-c
After the MV was released, the number of requests I received for new projects from people who saw the MV increased rapidly. And at that time, I felt very happy with Haita. However, since the number of projects doubled all at once, it was physically hard for me (laughs).

Animation production takes time, so it is difficult to keep motivated during the process. It takes two to three months for one person to make an MV. This means even if you follow the storyboard, as time goes by, you may start having thoughts like "I think it's okay to omit this here'' and you try to cut some scenes. It's difficult to stay motivated for a long time. Recently, following the practices of the industry, I began splitting the storyboards and asking some staff to help. But I still draw the background with a pencil. There are many people who tell me "I like the expression of your lines," so I want to keep this style as much as possible.

When creating, I am not really thinking, "Let's make an animation expression." In contrast, I want my work to be closer to live-action. For example, compared to animation, live-action has more cuts in impression, and I thought it would be interesting to try to incorporate that into animation. Thus, since working on Haita, I have been pursuing a production that uses a lot of cuts, and I feel that this goal has finally solidified in Eve's MV, "As I like."

https://www.youtube.com/watch?v=nROvY9uiYYk
Along with Oki ni Mesu mama, Zutto Mayonakade Iinoni's Tadashii Itsuwari kara no Kishou is meaningful among all my past work. There was a real feeling that we had reached the finished form of "live-action production" in Tadashii Itsuwari kara no Kishou, but in contrast to that, Oki ni Mesu mama is the MV that I challenged myself with, "How far can we move with as few cuts as possible?" It's not like I'm cheating on the production, but if you watch closely, the character doesn't move very much.

My character movements are influenced by games and comedians

I think the keywords that can be applied to my animations are "degeneration" and "loneliness." I often use cracked buildings as motifs, which is influenced by Studio 4℃'s Koji Morimoto and Tatsuyuki Tanaka who use a lot of machines and cracks.

When I was in high school, I played an online game called Final Fantasy XI for three years. When I think about it now, my character movements are influenced by it. The person in charge of the character action was Isao Kaneda, who was an outstanding animator in the industry. Although I had not realized it at that time, I used to think "This action is really handsome" while playing the game, which is very helpful for me now. Shadow of the Colossus also has a great influence on the atmosphere of my work. The "giant thing" brings a dramatic effect on the worldview of the production—like a spice—so I want to try it once.

In daily life, I often remember those moments when I feel "Oh, this is an interesting activity," and later use it as a reference for the way my character acts. In that sense, I believe I have been influenced by variety TV programs, where there are many comedians moving in funny ways. In fact, in Eve's Tokyo Ghetto, several actions were based on the acting of Kukki-san (a Japanese comedian).

https://www.youtube.com/watch?v=PvzBWFGEz8M
Speaking of Tokyo Ghetto, when Eve described her image of the worldview, the suggestion was "It would be nice to have a Japanese style." However, I thought that it would be better to incorporate our uniqueness rather than the so-called Japanese style, and I finished it with the image of being a little oriental—although I don't know where; neither Japan nor China. In the production of MVs, it often happens that while you are listening to the song, you begin to think of which country it matches, and you add such elements into it.

When making an MV, first I draw a motif associated with the lyrics I heard while listening to the song. But I do not draw based on the story of the lyrics, I just draw what entered my mind while listening to the sound. After drawing the storyboard in this way, there is a feeling of consistency. Therefore, I find it difficult to think when I hear a lot of sounds; a song with fewer instruments are easier to remember.

While making the animation, first you draw the storyboard, then you create a layout for the correct drawing perspective, and then you draw on a sheet of paper on top of this. But in my case, there is no layout process. If the drawing perspective is fixed, then it is difficult to align the position. I prefer to not think about the perspective in the first place, rather than worrying about it afterward.

A "Signature Cut" is what I always focus on while creating animations. I want each of my works to feel "cool" to anyone who watches it. That's why I am focused on making one scene that will leave a definitive impression on the viewer. Also, I try to make the characters speak in the MV. There are many people who don't want to animate this because it’s quite annoying to lip-sync with the lyrics.

Life-time goals I want to reach in the future

I would like to make a 3D animation by manipulating time, such as stop motion animations like KNYACKI! or Wallace and Gromit. It was fun to add a live-action scene of time-lapse photography with the MV for Nourijou no Cracker, so I would like to try making a whole video with this technique. Because there are a lot of cute characters in Zutto Mayonakade Iinoni's MV, I'm sure you'll be addicted to it.

https://www.youtube.com/watch?v=3iAXclHlTTg
Also, I wish to direct an animated film, eventually. This is not the right point in time for me to do it, but rather it's a life-long goal that I would like to reach in the future. Well, you can't achieve such a big goal from the beginning, so I want to try making a short animation at first. Similar to how I collaborated with Mah in Eve's Dark Night MV, I would like to work with several people to complete a single animation.

The first thing that impressed me was the cover illustration designed by Keisuke Nakamura, who animated the MV. Before I watched it, I thought that it was a slow tempo video, but it was actually organized with many cuts. I believe that I was influenced by this MV to divide the cuts into short lengths in my work.

This is a work by Kouki Tange. When I was working on the MVs Oki ni Mesu mama and Haita, I created the layouts with the idea "I want to make an animation for live-action." However, in director Tange's Fake, the approach is the opposite, using fast-forwarding or reverse playback to make the movement comical. So even though it is a full-length live action MV, the style is like an anime. The next thing is the character. When I made Eve's MV, I developed a character called Zingai, but Fake also has an eerily designed character. His head is covered so that his face cannot be seen, but still, it feels like he's not a human being. Combined with animation-like movements, it turns out to be an eerie worldview.

Interview and text by Shohei Hashimoto.
Interview was conducted in Japanese and originally posted on Music Natalie. The English translation has been edited for clarity.

A Manga for Anyone: Nagabe and the Unique Charm of Totsukuni no Shoujo