Planning to Watch Nanatsu no Taizai? Here’s the Series Background!

If you’re an ardent shounen anime fan and are planning to start watching the Nanatsu no Taizai series anytime soon, this background article will give you a nice head start and get you acquainted with the plot and characters of the story. 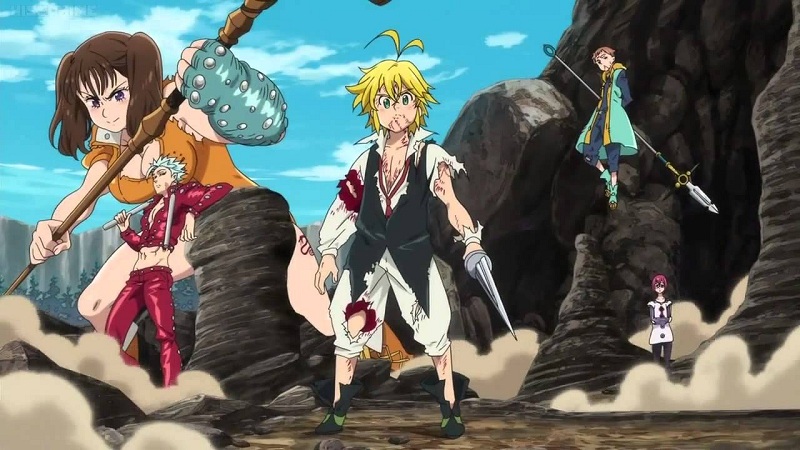 General Background of the Manga and Anime versions

Nanatsu no Taizai or Seven Deadly Sins is an ongoing weekly shounen manga that has been appearing in the Kodansha’s Weekly Shonen Magazine since October, 2012. A total of 138 chapters have been released as of August 31, 2015. The chapters completed till August 12, 2015 were compiled into 16 different tankobon volumes. The series is the work of master illustrator Nakaba Suzuki, who has other popular titles like Rising Impact, Blizzard Axel, Kingo Bancho, Boku to Kimi no Aida Ni and Ultra Red to his credit.

The amazing success of the print version of the series led its creators to adapt it into a 24-episode anime, in collaboration with A-1 Pictures. It made its debut on the MBS (Mainichi Broadcasting System) and several other stations in the Japan News Network starting October 5, 2014. The anime enjoyed a highly successful television run and its 24th and last episode ‘The Heroes’ broadcasted on March 29, 2015. 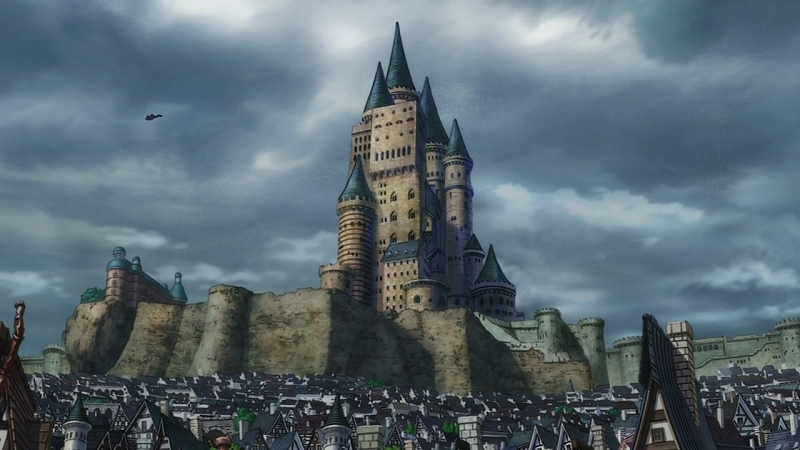 The Nanatsu no Taizai or Seven Deadly Sins anime/manga series falls in the fantasy action category, set in the Britannia region (comprising of the kingdoms of Liones, Danafor, Edinburgh, Camelot and Fairy King’s Forest) during the European Middle Ages. It features the likes of knights, kings, demons, fairies etc. that have immense power and special abilities.

The story of this anime revolves around a legendary group of seven exiled knights (known as Seven Deadly Sins) and the Holy Knights of the Kingdom of Britannia. All Seven Deadly Sins have a unique symbol tattooed on their body and have committed one unique sin out of the seven deadly sins - wrath, envy, greed, sloth, gluttony, lust and pride.

Now, ten years after the Great Holy Knight Zaratras’ assassination, the Holy Knights have staged a coup and have captured King Baltra Liones of the Liones Kingdom, thereby becoming its new dictatorial rulers.

As King Liones had the power to look into the future, he had predicted the occurrence of a Holy War and had tried to prevent it by using pacifist means. His efforts made the Holy Knights restless. The Great Holy Knights Hendrickson and Dreyfus orchestrated and lead the coup, overthrowing the king, in the hopes that their actions would breathe a new life into the Holy Knights, giving them a cause and purpose to fight for. Martial law is enforced and the general populace is forced into labor work, under the garb of protecting the kingdom. 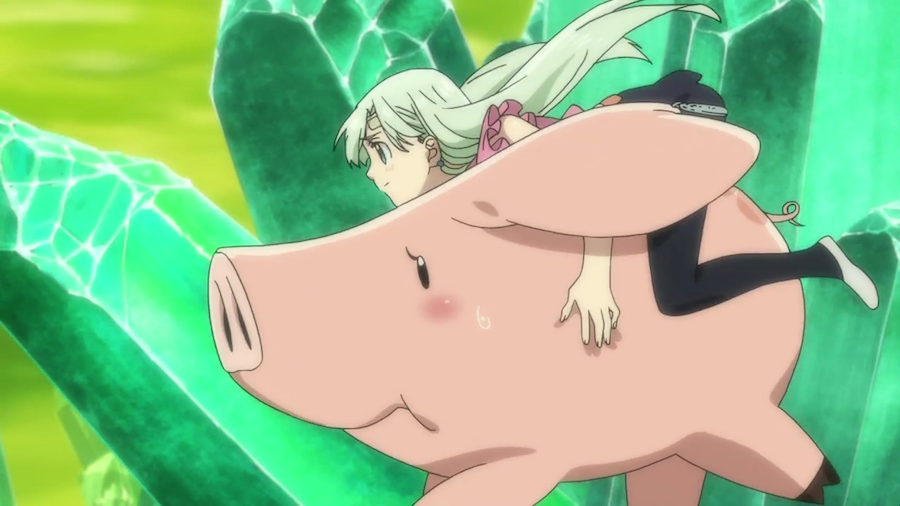 Elizabeth Liones, who is the adopted daughter of King Liones and the third princess of the kingdom, escapes the castle and sets out on a mission to find the Seven Deadly Sins. Her aim is to get them back together, so that they can help her save the Liones kingdom and her father. She manages to trace down Meliodas (Dragon’s Sin of Wrath), who’s running a small-time bar named Boar Hat and has assumed the appearance of a child. Meliodas is assisted by his talking pig named Hawk.

In a way, Elizabeth is the central character of the story, who binds all the Seven Deadly Sins together and takes us on a journey of revelation for each one of them.

Nanatsu no Taizai has a fairly strong storyline. Many consider it even stronger than the likes of Soul Eater, Hunter x Hunter and D. Gray-Man. The dynamic between Meliodas and Elizabeth is comparable to that of Natsu and Lucy of Fairy Tail, or that between the main characters of Assassination Classroom and Majin Tantei Nougami Neuro.

Some of its individual characters are so strong that they can even give some high tier characters from anime like Naruto, One Piece and Bleach a run for their money! The credit for the show’s charm goes entirely to its characters. From the adorably cute, yet immensely strong Diane to the bad ass Ban and the weird pervert Meliodas who has a heart of gold, every character is great fun to watch! 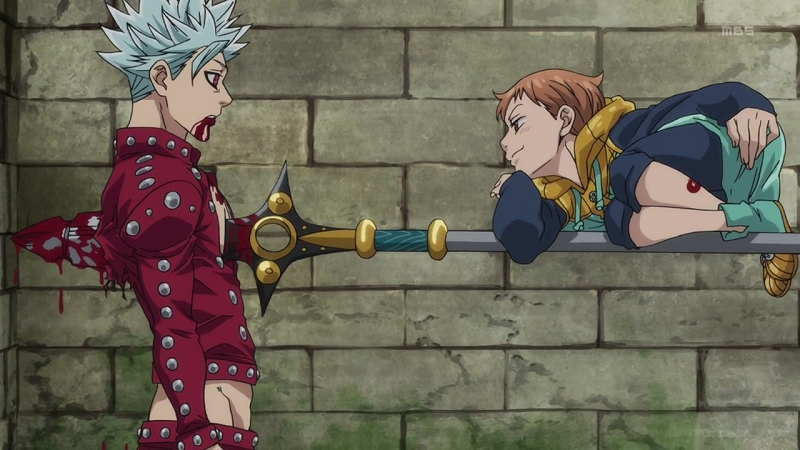 Nanatsu no Taizai is easily one of the best classic shounen anime, packed with all the classic clichés and staples commonly associated with shounens. There’s everything in it that makes shounen lovers love shounen stories - action, plot twists, and interesting characters. The tone is pretty vibrant and exciting too!

All in all Seven Deadly Sins is a familiar story about a bunch of savior knights fighting evil and helping a princess reunite with her father, but where it differs from the other similar anime titles is the way in which it creates a brand new experience for all shounen anime lovers, by treating and filling each character with a lot of complexity. You get to see so many shades of every character, especially the Seven Sins that you can’t help being awed by their diversity.

If you’re someone who adores the likes of Fairy Tail, One Piece and Hunter x Hunter, you might want to give this one a try as well. Trust me, you won’t regret it!