These 11 entertaining anime put adults in the limelight.

Oh, adults in anime. The veritable teachers, mentors, or otherwise parental figures in the medium. They're perennial stepping stones for the young bright-eyed protagonist that reach for their dreams and provide the necessary experience and wisdom to help them achieve it. If not sacrificing themselves literally for the protagonist, they sacrifice their time and effort figuratively for their betterment.

Of course, that's when they aren't being evil...

Name me five anime and I could probably name you five adult antagonists aiming to make sure that the young hero or heroine's dream stops at just a beautiful thought. What better way to present a villain than to have the villain be someone that not only outclasses them with their power-level but also with the experience and wisdom that comes with age. Also, what better threat for a rebellious young man or woman to overcome than an adult that has fallen to the dark side.

But the anime industry sometimes does throw adults some bones. Though they are outnumbered, someone old enough to buy lottery tickets or possibly old enough to legally gamble does occasionally find their way into the protagonist seat. With that in mind, let's focus on them for a change.

From Lupin the III 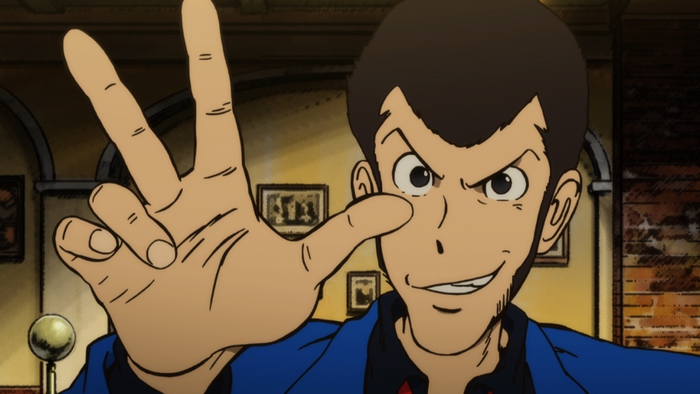 Grandson of the Great Phantom Thief. No! This one! Lupin the III has an array of talents that would make his grandpappi proud. He’s a master of disguise, infiltration and quite handy with a gun, which he uses to lead the world’s law enforcement, and one specific inspector, by the nose. 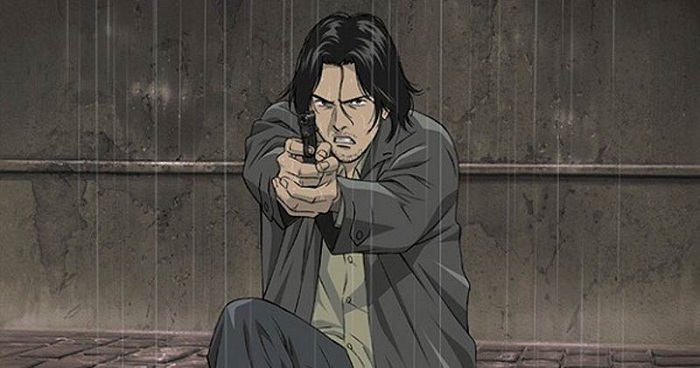 Talk about the road to hell being paved with good intentions. Dr. Tenma did one good thing and it has been haunting him ever since. Then again, it’s not like he could have figured out that the child he saved over the life of the town’s mayor would turned out to be the next Hitler.

From Arakawa Under the Bridge 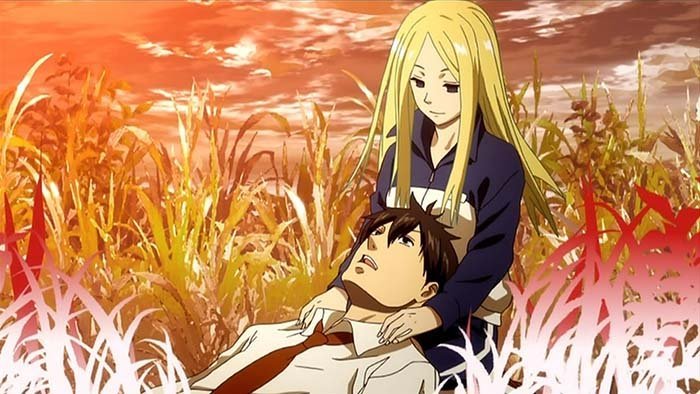 Screenshot from Arakawa Under the Bridge. Shaft.

Kou is the son of a wealthy businessman that has a stick planted firmly up his butt. So, what happens when the arrogant prodigy finds himself indebted to a beautiful homeless girl that saves him from drowning? Well, he must slum it under the bridge with all the other crazies when the girl request that he become her boyfriend.

4. Kraft Lawrence and Holo “The Wise Wolf of Yoitsu” 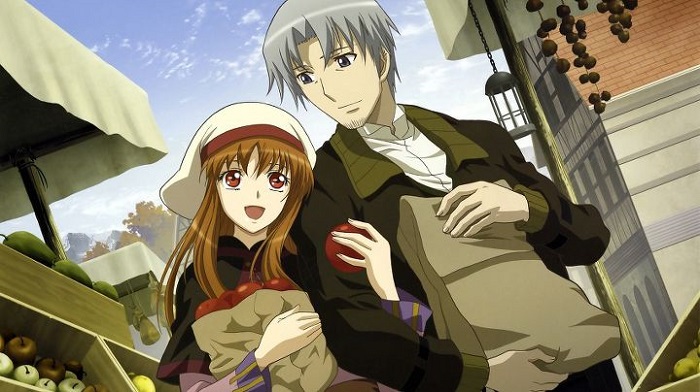 Screenshot from Spice and Wolf. Imagin

One is a 25-year-old traveling merchant and the other is a wolf harvest deity that is several hundred years old. I’ll let you decide which is which…

Regardless, they both star in an anime that I originally thought was about animal girls only to be treated to a course on economics instead.

From Tiger and Bunny 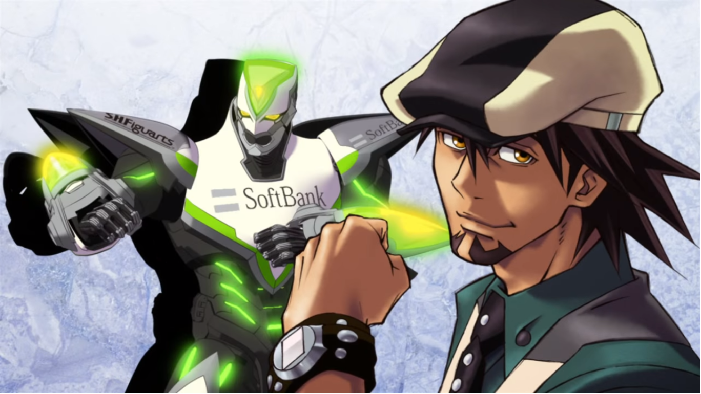 Screenshot from Tiger and Bunny. Sunrise.

Who says heroics are only for the bright-eyed youngsters? Even nearing his forties, Kotetsu still plays the part of full-time hero in Sternbild City where every hero is sponsored by various (actual real life) companies. Armed with the Hundred Power that literally makes him as strong as a hundred men, he doesn’t let middle age stop him from doing what is right. 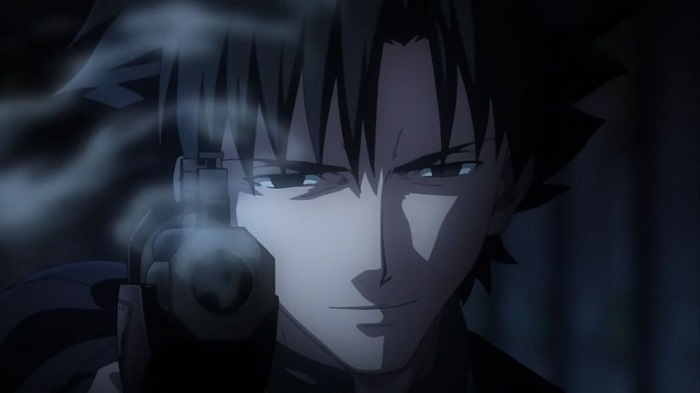 Almost everyone was an adult in this series, even Waver was a college student. Kiritsugu was a man who chose to live for justice, and in the end, it brought nothing but tragedy for him. To that end, he would not hesitate to make sacrifices, personal or otherwise. 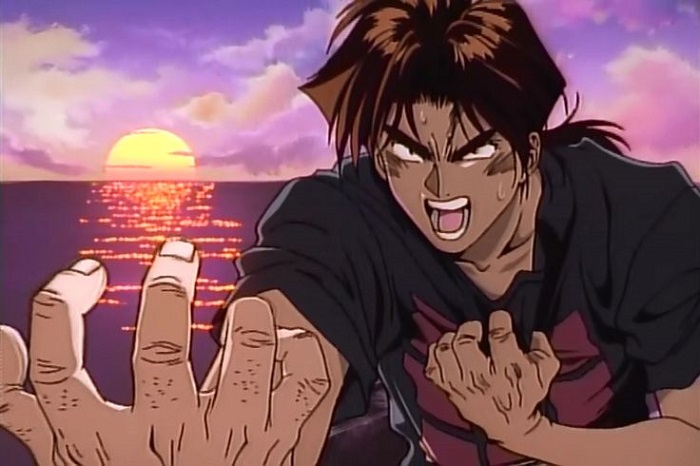 Kintaro Oe is on a journey of self-discovery (and girls) that takes him to where he can find the type of knowledge he can’t find in college (and hot women). A law school dropout, he actually mastered the full curriculum before he set out on his journey and is shown to be quite capable on many occasions. If only he’d think more with his head instead of… well… y’know…

From Ghost in the Shell: Stand Alone Complex 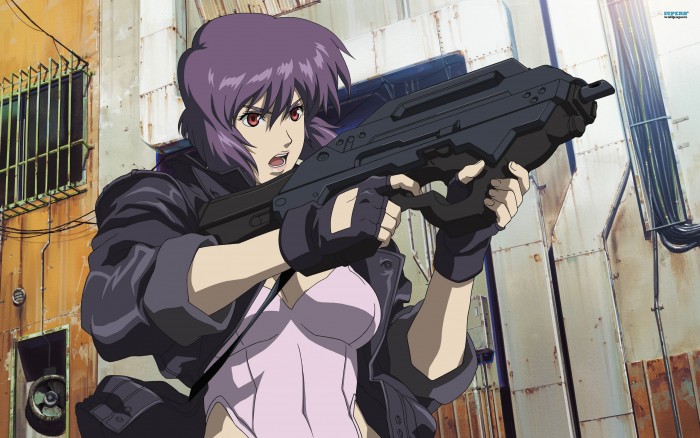 Motoko Kusanagi is a badass. There. I said it. This cyborg lady went through several machine bodies growing up and has used her experience to push them to their limits. When she isn’t physically stopping crime, she is considered a wizard class hacker and commands an elite group of agents in national security. Still, this is only a fraction of what this woman is capable of. 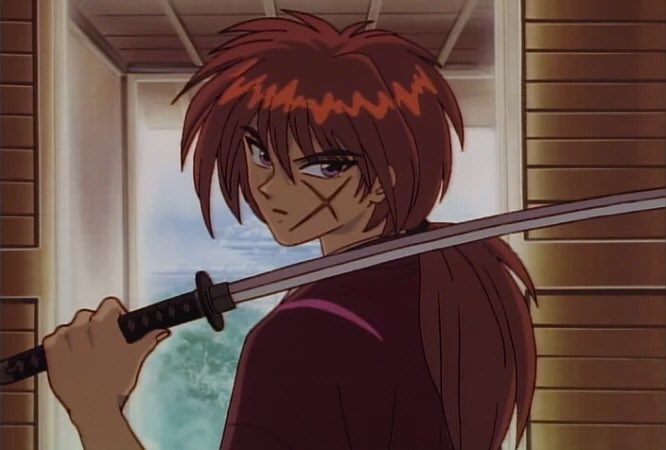 Kenshin led a life of blood-soaked battle, though now that the war is over, he seeks a life of peace. Too bad his past as the fearsome Battousai continues to haunt him. What makes it even worse is that he vowed to never kill again in an attempt to repent for his past misdeeds. This makes for quite the temptation as the enemies he currently faces are as fearsome as the ones he faced during the Japanese Revolution and don’t attempt to hold anything back despite his oath.

From Akashic Records of a Bastard Magic Instructor 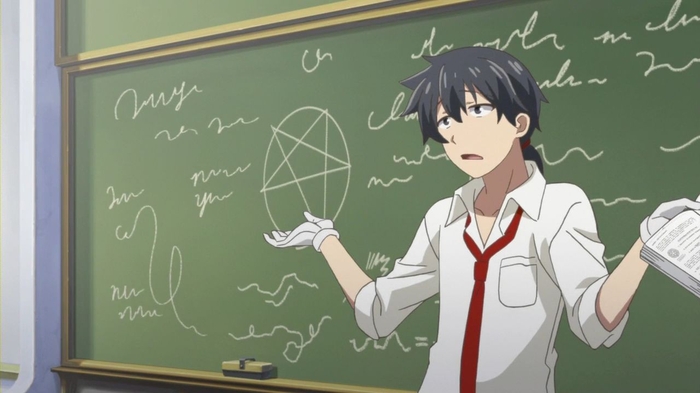 Screenshot from Akashic Records or a Bastard Magic Instructor. LIDENFILMS.

Just barely an adult at 19 years old, he is old enough to be kicked out of his home or even forced by his maternal figure to work as a magic instructor. Glenn Radars is an egg that is encased by a shell of laziness and pettiness that hides the creamy yolk of intelligence that makes him a capable magic instructor. While he still has the tendency to act as mature as (or even less than) the students he teaches, he proves to be dependable in and out of magic instruction. 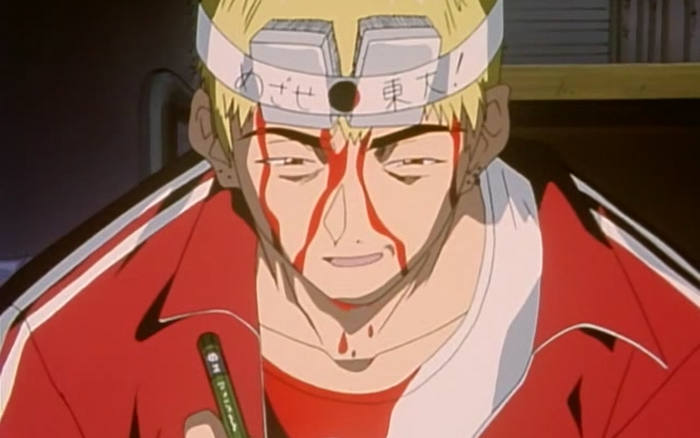 He says it himself. “I’m Eikichi Onizuka, 22 years old." And he’s the best damn teacher in anime history. A former head of a biker gang, the term “adult” may be relative for Onizuka but his determination to be world’s greatest teacher isn’t. Constantly putting his livelihood and body on the line for his students, he proves time and again that this is more than just a job for him.

Some voice actors are just wrong for their characters. Here are 7 voices we feel don't fit the characters they're meant for. They sounded different in our heads...

Nine Harem Protagonists That Actually Have a Personality

For those interested in harem leads that can be just as entertaining as their harem.