Easy Anime Cosplay Ideas for the Broke (and Lazy)

Want to make an anime cosplay outfit but don't have the time or money dedicated to actually putting it together? This is the guide for you.

So you've been bitten by the cosplay bug. You want to put together an anime cosplay outfit but you don't have the funds to buy a professional one. Maybe you lack the artistic skills or the time (or the effort, really) to make your own from scratch. You can still go to the next con decked out as your favorite anime character thanks to this guide! Okay, maybe not your favorite. Or your second favorite. But it will definitely be an anime character (or at least close enough that you can pass as one). 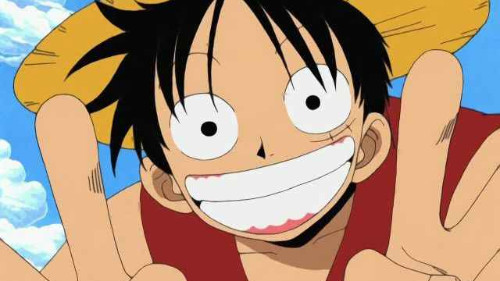 Items needed: red button-up shirt with the arms cut off, one pair of jeans rolled up to the knees, scarf to tie around the waist, Flip-flops, yellow straw sunhat, and a red ribbon (to tie around the sunhat).

Skill/effort level: Just a closet-rummage away.

Luffy is one of the most popular characters today, and one of the easiest to cosplay. Lucky you! You probably already have most of the items lying around the house, and those that you don't can be purchased for just a few dollars at any local store. Throw everything on, unbutton the button-up impromptu vest, then practice making sufficiently One Piece-like faces in the mirror. Ladies, we'd suggest Nami as an alternative, but we all know that simple bikini top would cost more than all the cosplay supplies on this list combined. Anyway, not everyone has Nami's distinguishing characteristics. (Her voluptuous hair, we mean. What did you think?). We don't recommend wearing either of these cosplay outfits in the winter. 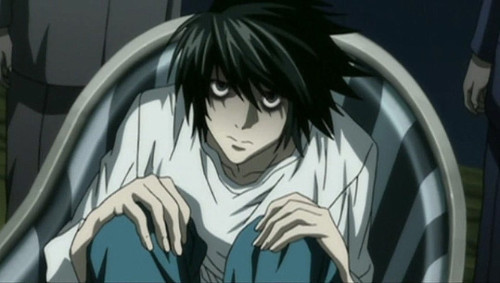 L makes it super-easy to cosplay him. He doesn't even wear shoes! (Although if you're going to display this awesome cosplay at a con or anywhere outside your home, please wear shoes.) Just smear a whole lot of gray or black eyeshadow under your eyes and you're good to go. As an alternative to eyeshadow, you can use an eyeliner or even a marker to draw the under-eyelid lines. If you can't even find a marker, try not sleeping for a few days; that should do it. L's outfit may be simple, but it's his mannerisms that make the character. When dressed like L, always sit with your knees against your body and your toes overlapping. Keep your thumb close to your mouth whenever possible. Take down anti-heroes in your spare time. Easy! 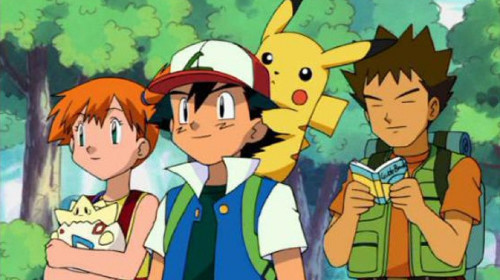 Skill/effort level: Back to school shopping.

This one might take a bit more effort, and by effort we mean you'll need to do some painting. If you can't find a jacket or a hat exactly like Ash's, you can just grab something close enough and modify it with fabric paint. Just paint all the details you need, like white sleeves and a collar on the jacket, a white front on the cap with the black logo on top, and yellow accents. Sew (or glue, or tape, or staple…) a small pikachu plushy on your shoulder and you're ready to catch 'em all. 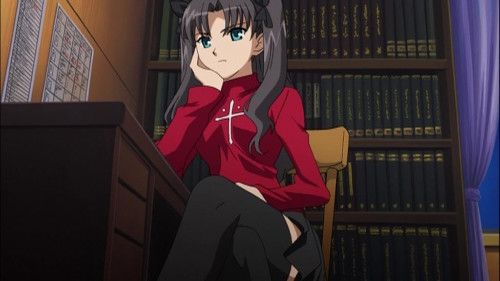 Skill/effort level: What cosplay? I was just getting dressed to go outside.

Now might be a good time to mention that you should pick an easy anime cosplay at least partially based on hair color and type. Wigs are expensive! Long-haired ladies (or gentlemen) with black hair or black dye on hand can easily pull off Tohsaka's simple outfit. Pulling off her awesome attitude might not be as simple. 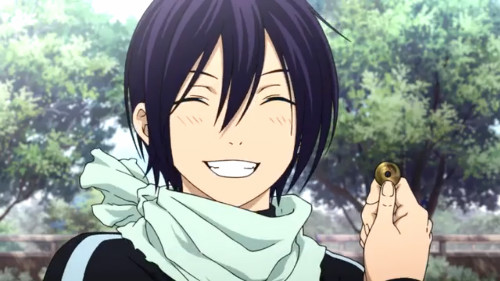 Items needed: White t-shirt, black tracksuit (jacket and pants) with a white line down the side, knee-high brown boots (the dress kind, not the winter kind), and a white/light blue triangle scarf.

Skill/effort level: None. Really, come on.

Yato's outfit is ridiculously simple, with the only distinguishing marks being that scarf and the wispy black hair. If you get those right, you (probably) won't get confused for a strangely-dressed athlete. Why Yato would wear boots paired with workout clothes is beyond us, but then again we're not here to criticize his fashion sense, just mimic it. 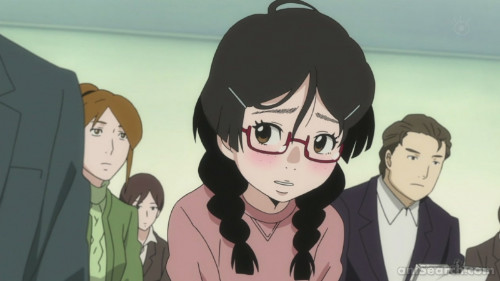 Skill/effort level: Seriously, you're not even trying anymore.

Tsukimi doesn't need style to look good. Cosplaying her is a breeze, which leaves you plenty of time to try and make your own handmade jellyfish toys and accessories to complete the look. To get the two braids to look right, make two nice and neat braids and then roll around on your bed a couple of times. Now that we think about it, the other characters in this anime are pretty simple to cosplay too. It's almost as though they're actually dressed like normal, sane people rather than...well... anime characters… Nah, that would be unheard of.

From Sen to Chihiro no Kamakushi (Spirited Away) 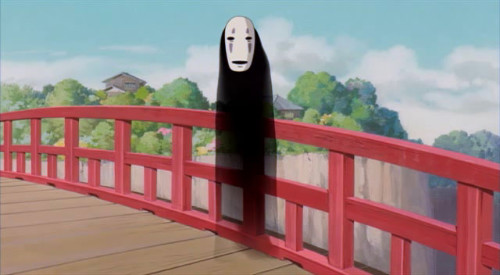 Here's one iconic anime character that won't be mistaken for a regular outfit, but also won't take you more than a couple of minutes (and bucks) to put together. Use the scissors and marker to transform the paper plate into No Face's… face, then attach it to the sheet in the appropriate spot (you might want to make some holes in the sheet too, just a suggestion). There you have it! Low-budget anime cosplay at its finest. 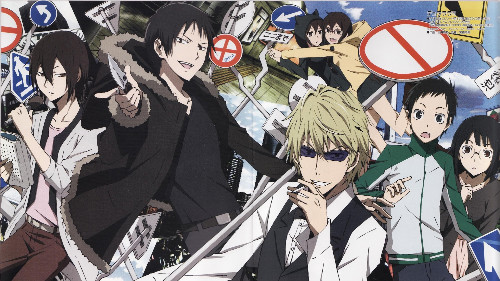 Items needed: Depends on the character you choose.

Skill/effort level: Depends on the character you choose.

Durarara is full of eccentric and memorable characters, and the best thing about them is that they dress like normal people! (Well, for the most part). Izaya wears a v-neck shirt, some jeans, and a long fur-trimmed coat. Shizuo wears a bartender's outfit -- easily put together with a white dress shirt, black pants, a black vest, bowtie, and blue sunglasses. For Heiwajima all you need is a lab coat, tie, and glasses on top of regular clothes. It's so simple: all you have to do is pick the character whose hair you can pull of the best (except maybe Celty, for obvious reasons). 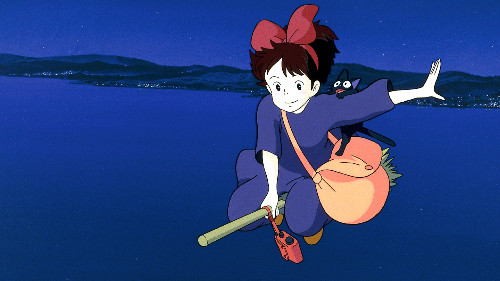 Skill/effort level: You'll be flying in no time.

Plenty of Studio Ghibli's characters have simple designs -- that's what makes them so relatable. You could create your own giant collapsible Totoro costume like Adam Savage did or you can opt for one of the easier costumes. We've already shared one simple Ghibli cosplay outfit, but if you want to cosplay a (technically) human character, there's always Kiki. Throw a toy black cat into the mix (or hey, bring your own cat instead) and you have one super easy anime cosplay idea. 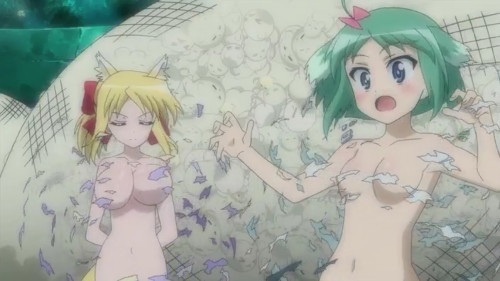 Why are you even bothering to make an anime cosplay outfit when so many anime make it much easier for you by depicting the characters mostly or completely naked at some point or another. Wrap a towel around your hair and tape on some black bars for "decency" and you're recreating an anime hot spring scene (we know every episode has one). An oversized shirt or a blanket are also popular favorites in anime, or tape a showerhead to a stick and you'll be recreating the classic "accidental shower walk-in scene." The possibilities are limited only by your own imagination and local indecency laws!