What Are Otome Games / A Brief History

Otome games. In a gaming world of first person shooters, MMORPGs, MOBAs, and everything in-between, there sits the genre of Otome. Translated from its native Japanese, 'otome games' means 'maiden games.' I know what you’re thinking, “Well why is that so special? All games are “made in” some country! (insert laughter here)

Popular consensus thinks of otome games as mostly a visual novel kind of experience. Indeed that’s how things started. The 1994 Koei title, Angelique is a pioneer in this field, being one of the first games to be designed by women, for women. Since gaming was a male dominated activity at that time, the designers assumed female gamers wouldn’t have much experience or knowledge of advanced control schemes or difficult gameplay, so a visual novel seemed like the perfect fit.

Initially these titles were a rarity outside of Japan, but the advancement of independent publishing through platforms like Steam, and mobile app stores, has allowed for a substantial increase in the amount of Otome games available online. With that being said, let’s take a look at ten of the best that the genre has to offer.

Hakuouki: Demon of the Fleeting Blossom 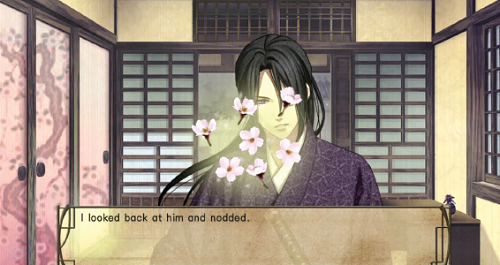 Hakuouki represents the biggest marketing push for an Otome game in the United States. Along with the localization of the game itself, its spin-off anime and movies have also seen a North American release. All of them are based off of a kind of reverse harem theme, where the female protagonist - Chizuru Yukimura - is taken into the secret society of the Shinsengumi. The story then goes on to follow her search for information about her father while she cultivates relationships with the men of this secretive and deadly group of warriors. 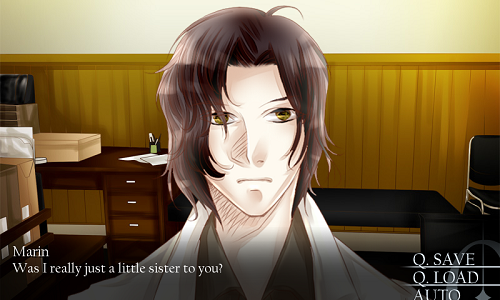 Put aside the physiological query about how a mermaid can drown and put on your detective hat. Café 0 tells the tale of an amnesiac woman who not only finds herself in an odd café, but also finds out she’s dead. She’s given an opportunity however to relive the last week of her life in order to try and figure out how she died, and who caused it. While it has been criticized for being a bit more linear than other visual novels, the writing is strong, the scenario is gripping, and exploring the character relationships is a rewarding experience. 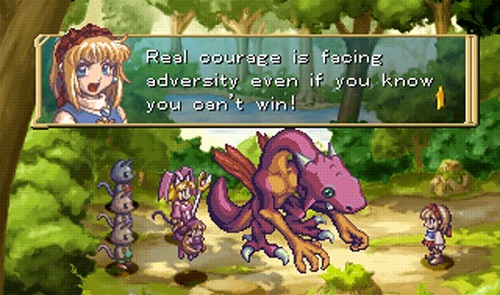 Do you like musical theater? Do you like RPGs? Then you need to go back to the original PlayStation and check out Rhapsody: A Musical Adventure. Though there’s no exploration of various relationships, the core story of the game is like a gender swapped fairy tale; where the young, magical girl Cornet and her trusty magic trumpet must save her beloved Prince Ferdinand from the spell of a romantic rival witch who has turned Ferdinand to stone. The story plays out with musical theater style songs, complete with English translated lyrics and singing - on the original PlayStation version at least. The game was also ported over to the Nintendo DS, with the songs regrettably being cut, and the game mechanics changed from a strategy RPG to a traditional turn based system. 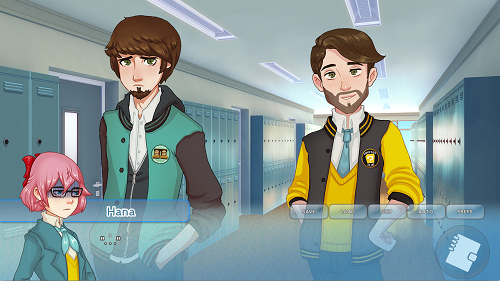 **Asagao Academy*** is a visual novel with a unique history and premise. Released in 2016 by the independent, female game developer duo known as Illus Seed, the game is a fan creation, dedicated to a group of YouTubers that belong to a community known as Normal Boots. These popular YouTube personalities including JonTron, Peanut Butter Gamer, Jirard The Completionist, and ProJared, have been made into characters that can be befriended and romanced in typical Otome style. The fun of the title comes from the combination of a visual novel’s choose your own path gameplay, anime inspired art, and the love of a YouTube gaming community. The game was also successfully funded through Kickstarter, so it’s the type of experience that was made by fans, for fans, with the help of fans; leading to a very lovingly crafted title. 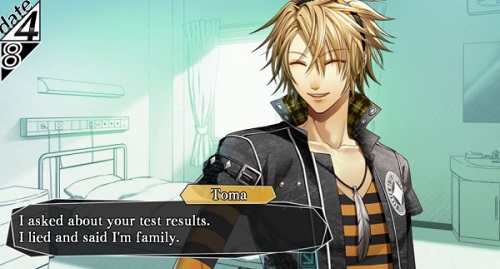 Amnesia seems to be a common plot device and/or character trait in visual novels, anime, and RPGs in general. It gives the reader/player/viewer a chance to find out about the world they’re in as the amnesiac character needs to be informed about it as well. Overused as it is, at least Amnesia: Memories is up front about it. You play as a young girl who wakes up to find that not only does she have no memory of herself and her life, but a spirit named Orion has bonded with her. Now the player character has to regain her memories not only to continue her life, but also to satisfy the bond with Orion. Oh and you have a boyfriend who you get a text from and have to try and manage this relationship while trying to piece back together your life. So…good luck with that! 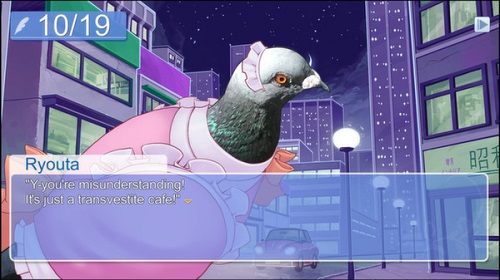 Those who keep track of visual novel and Otome game releases have doubtlessly heard of Hatoful Boyfriend, possibly to the point of annoyance. It’s one of the very few Otome games that have crossed over into the relative mainstream, even seeing a release on the PlayStation 4. This is no doubt thanks to the strange story in which a young girl attends a high school full of talking birds, which she has the potential to form a romantic bond with. Though this might seem like a gimmick, used solely to gain attention for the game, behind the birds is a thoroughly engaging plot with rich character development. Furthering this is an alternate story mode that completely changes the context of the game and is worth purchasing for that alone. 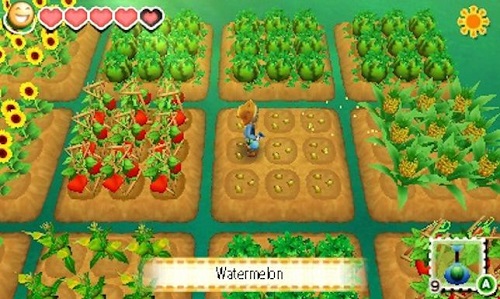 A spin-off from the Harvest Moon franchise, both of these game series feature heavy elements of life-simulation with farming economics, sprinkled with romance and exploration. Though the Harvest Moon series began with minimal features and only a male protagonist, it has since evolved into something much deeper. Male and female characters are now available, each with their own unique romance options, more story has been injected into them, and many of the farm mechanics have been simplified to make the game more approachable. It may not have started as a series geared towards women, but it has evolved into one far more appealing to women than it ever was before. Cardia is a young girl who can’t seem to remember much beyond the last two years of her life. It was then that her father told her to stay away from people, before he left and never returned. Sadly for Cardia, her touch is lethal; within her is a deadly poison that she has no control over which can be transmitted by touch. Somehow, her existence is revealed to the royalty of the area, and soldiers are dispatched to capture her. Beating them to the punch is a young thief named Lupin (not to be confused with another famous, thieving, Lupin) who whisks Cardia away and agrees to help her find her father. As more men join the group, Cardia’s feelings for them can be explored, but with her very presence being potential lethal to them; how much can she actually care for them, or them for her? 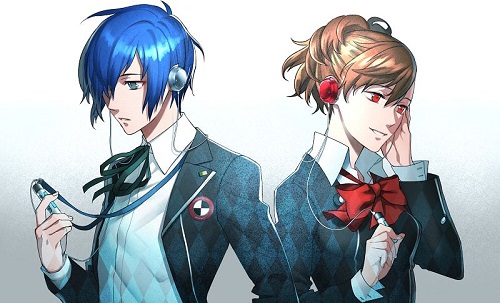 So in the interest of full disclosure, I was not originally going to include this game on the list, but I spent a good amount of time researching different Otome games, perusing different websites, and more than a few of them listed Persona 3 as an Otome game. I’m guessing this is largely because of the dating sim elements in the game play. Its story is about a mysterious tower that manifests every night during a time known as the “dark hour,” which is only detectable to a select few. These few are teenage students who also are able to draw out powerful forces from within them, known as personae, in order to combat the dangerous beings that emerge in the dark hour. Half of your gameplay is spent climbing the inside of the tower and fighting monsters in turn based RPG battles, while the other half is going to school, leveling up personal attributes, and forging relationships with your fellow classmates. The PSP re-release of the game introduced the option to play as a female protagonist, which does lend the game more to the Otome genre; but it’s also just one of the finest RPGs ever crafted. So even if the Otome elements aren’t present enough for you, you’re still in for a tremendously good time. 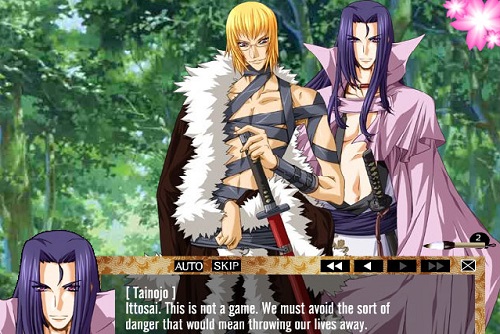 High school student Sayori has witnessed a murder; but not just any murder. After having stumbled upon an odd pendant while on a trip with her school’s history club, she has a vision of the assassination of princess Hatsuhime from over a century ago. What would’ve been a dream turns into an odd reality when Sayori finds that she’s awoken to be in the body of Hatsuhime, days before her homicide. Sayori has a chance to not only change the past, but also fall in love with one of six dashing bodyguards. Yo-Jin-Bo was one of the earlier Otome games to receive an English translation for the PC and it’s easy to see why given its unique story, crisp artwork, and branching plot paths.