Commonly abbreviated as ShimoSeka or Shimoneta, Shimoneta to Iu Gainen ga Sonzai Shinai Taikutsu na Sekai is a satirical, ridiculous imagining of a world in which prudishness is taken to the extreme. The main characters rebel against the anti-sex culture in all sorts of silly ways.

While its anime adaptation is currently airing, Shimoneta to Iu Gainen ga Sonzai Shinai Taikutsu na Sekai existed originally as a novel by new author Akagi Hirotaka. ShimoSeka was his debut work. Let's hear what he thinks about both ShimoSeka and how he feels about his debut being adapted into an anime! 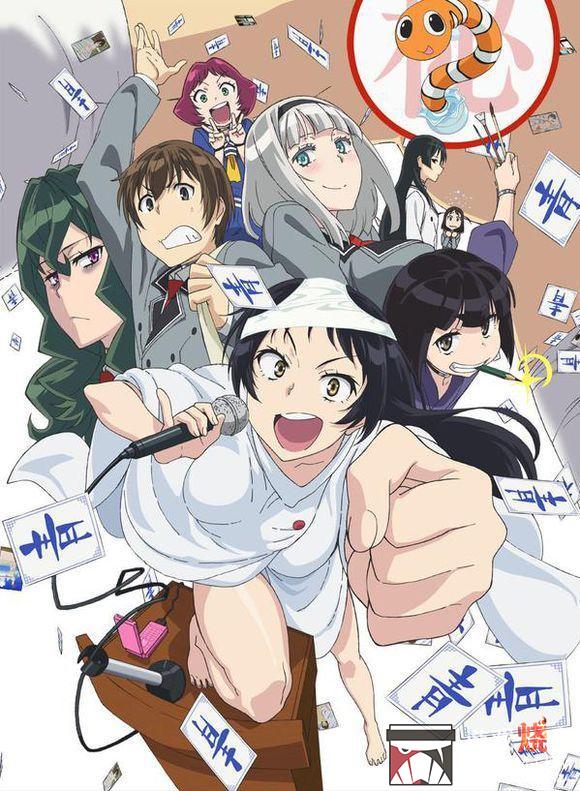 How did you come up with this world that ShimoSeka was set in?

I was out drinking with a guy-only group, and the conversation hit rock bottom in terms of depravity. One of them said, “if this was being recorded, we’d all be dead to society,” and that was how everything started. Then the concept solidified with “dirty jokes are forbidden,” and “a society where there are strict restrictions on self-expression.” From there, I started to create the characters. So you see, it’s really not because I had just wanted to draw pretty girls who say dirty things! I always say that, but no one seems to believe me. (laughs) 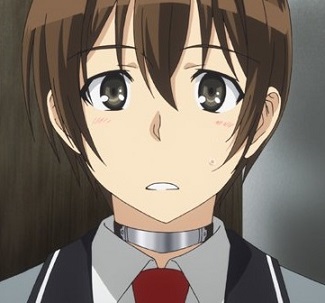 During this entire time you’ve been working on this series, what left the deepest impression on you?
Actually, I scrapped the entire thing once when I was drafting the plot. I basically started rewriting from scratch. The concept of a girl that likes dirty things and a main character that gets caught in the middle of everything standing against the authorities together hadn’t changed, but the first draft emphasized the totalitarianism more than the sexual content, so the overall flavor was different. So rather than feeling like I debuted with a revised draft that I had submitted, it felt more like an idea that I submitted had become adapted.
Because I thought like that, the time before before the first volume hit the shelves descended into mayhem. It was extremely difficult, but thanks to that, the quality of my work rose quickly. I managed to publish a book that set up potential for continuations, so now that I look back at it, it was a pretty good debut.

There was some division over what the cover art would be. I was on the cautious side, but my editor made the right decision to have her be completely naked on the cover. (laughs) I can’t face the person who was my editor at that time. My current editor is also really passionate about this work, and provides me a lot of direction. I’ve gotten a lot of help from the editing department since my debut. The only thing I have confidence in my own abilities in are the dirty scenes in the book! 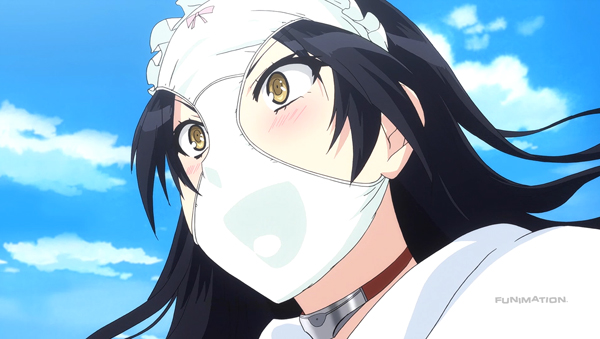 The interactions between Ayame, who shouts vulgarities while wearing panties on her head, and the high tempo Okuma are also interesting.

It’s a world where anything related to sex is heavily regulated by the government, so if you’re not careful, talk can quickly becomes serious. So I try to have the characters do and say silly things as often as possible. Because of this, the characters all seem like perverts, and people start wondering what kind of person the writer is.

I’m aware that the dirty things Ayame are things that guys in real life usually say, so I consciously avoid anything too graphic. And the main character Okuma plays the role of the straight man surrounded by Ayame and the other perverts, so on the surface he avoids saying anything vulgar, but it’s not as if he’s pure. He’s an adolescent boy, so there’s no way that could happen. 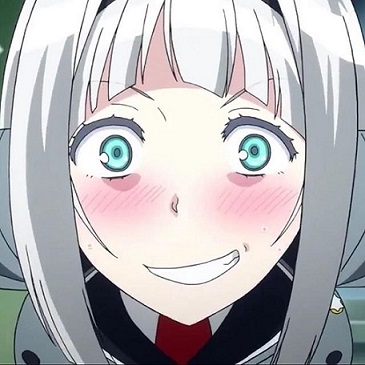 Which characters are easy or fun to write?
My speed increases exponentially when I’m writing scenes where Ayame is being crude, or Anna is being reckless! (laughs) It’s so easy to write for them that I often exceed my page limit, and have to miserably erase it all. Probably girls that act on their emotions and instincts are my favorite to write. It’s not frustrating at all, because as the author, I also really like vulgar things! On the other hand, it’s actually harder to write for logical characters. Especially people of authority, like parents.

How did you feel when the anime adaptation to your novel was announced?
It didn’t feel real. “A TV anime? Really? For real?” I observed a recording session, and looked over the script and storyboard, but even then it didn’t feel real, even when I attended a pre-screening of the first episode. It finally sunk in two or three days before broadcast, and I became really uneasy.
But the anime’s plot is really thorough. I don’t think there could be a better anime adaptation for “ShimoSeka”. I checked the script and storyboard, and they were all great, and so were the talented voice actors. The official site for the anime was also wonderful. It was to the point where I thought to myself, “if everything is so good, then isn’t the weak link my novel?!” I was conflicted, going between being happy and angry.

Are there any scenes that left a deep impression on you in the anime?

I thought episode 4 was really memorable, especially parts B and C.
[Note: omitted due to spoilers- if you haven’t seen it yet go watch it to see what he’s talking about!]

Lastly, please send a message to your fans.

This show’s a must for people who like dirty jokes! It takes all the most vulgar parts from the original novel, so please enjoy it! And it’s an educational anime- you’ll see what we put our voice actors through, and you’ll see the difference between a totalitarian Japan and Japan without regulations. Please watch over it like a parent, as if you were me, the original’s writer! 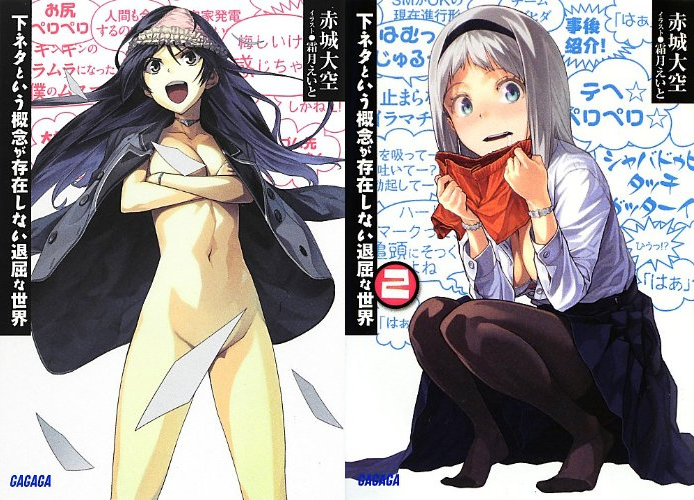 This interview was originally published in the September 2015 issue of Animage magazine.