We've probably all picked up a couple phrases of Japanese through watching anime. It's certainly how I started learning! If you're in search of more Japanese phrases you'll never use in real life, you're in the right place, because today I'm here to edumacate you about the various vulgarities related to everyone's favorite things: boobs!

Here are some of the very breast Japanese netspeak slang! 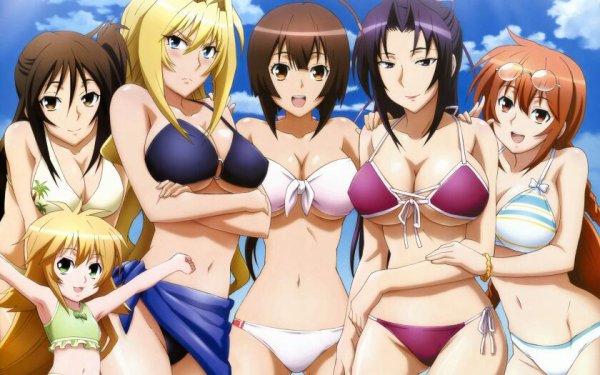 Those who know a little about the Japanese language have probably noticed Japan's profound love of onomatopoeia. Unsurprisingly, they even have one for large breasts. Even though we all know they don't make sounds in real life, whenever you see an anime girl run, you can't help but hear "boing, boing" in your head! That is, you would if you're mentally 13 like I am. Japanese anime fans apparently are the same, as boin, the Japanese net slang for big boobs, comes from boing!

Side note: Kimono and yukata do not work that way. They're wrapped too close to the body for any bouncing to happen. Sorry to disappoint.

I don't think you need any more images to illustrate the point－this phrase is largely straightforward.

Other slang for "big boobs": 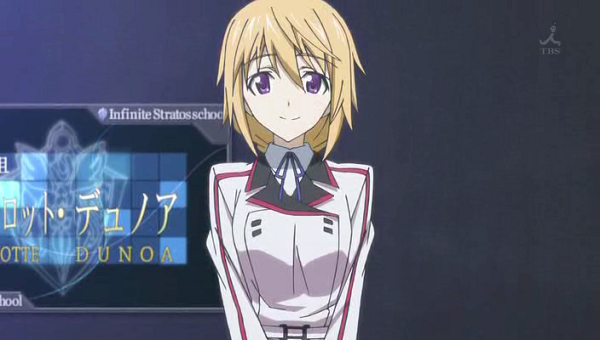 The full phrase kakure kyonyuu means "hidden big-boobs", which refers to anime characters who have large chests, but don't really draw attention to them. Whether this be a choice made by the animators (where all the characters are modestly dressed), or a character-specific trait (a modestly dressed character in an otherwise fanservice-filled anime), plenty of fans find the modesty of a girl with secret assets charming. 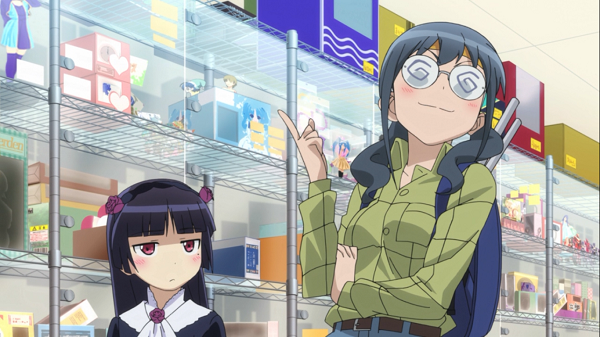 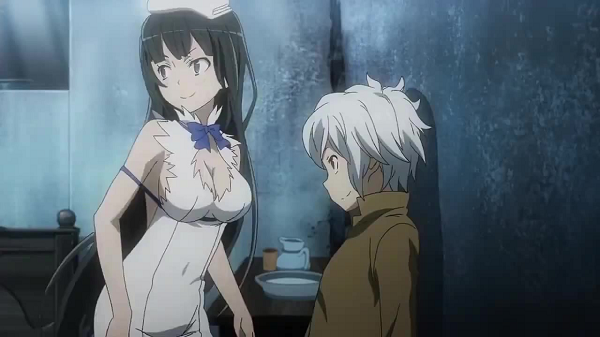 We know where you're looking, Bell.

You can probably guess where this one is going: young or young-looking girls with large breasts! Specifically, this database of loli kyonyuu anime characters has a few different requirements of what characters qualify as loli kyonyuu.

In order to qualify, a character has to satisfy at least one of these points:

As you can see, it's a fairly loose list of rules, and you don't necessarily have to be underage or jailbait to be loli kyonyuu.

Another popular example of loli kyonyuu might be Poplar Taneshima. Don't be deceived by her cute, tiny appearance; as she says, she's an adult! 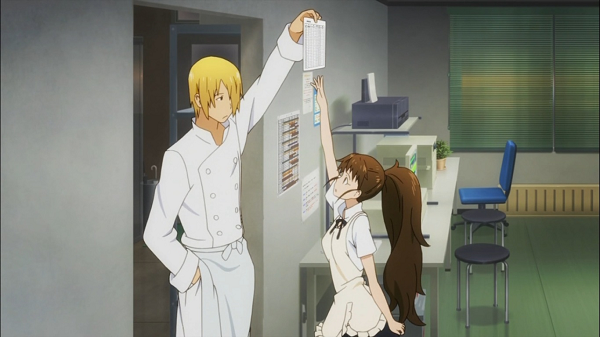 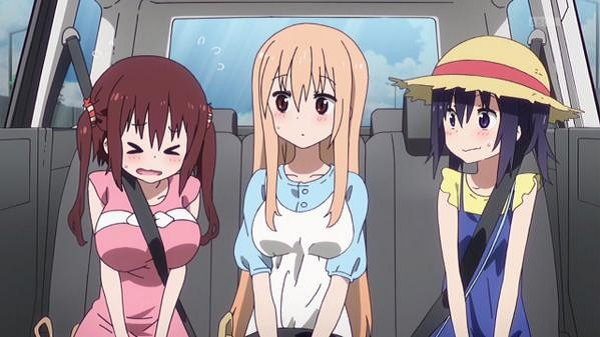 When well-endowed girls carry messenger bags or wear seatbelts, the strap sits in between their, erm, plot, really highlighting them. While this happens in real life, it's quite popular in anime, even in fantasy series such as Chaos Dragon. Heck, there's even a subreddit all about the boobstrap. (Goes without saying, but it's NSFW.)

The name paisura literally translates to boob-slash ('pai' is the second half of oppai, Japanese for "boobs", and 'sura' is the abbreviation of surasshu, the Japanese pronunciation of "slash"), which is why you might see paisura written with the Greek letter for pi, and a forward slash. 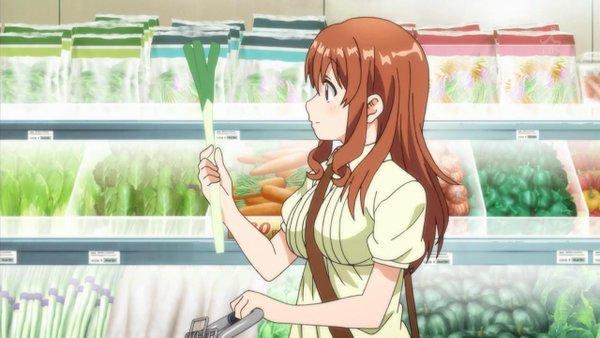 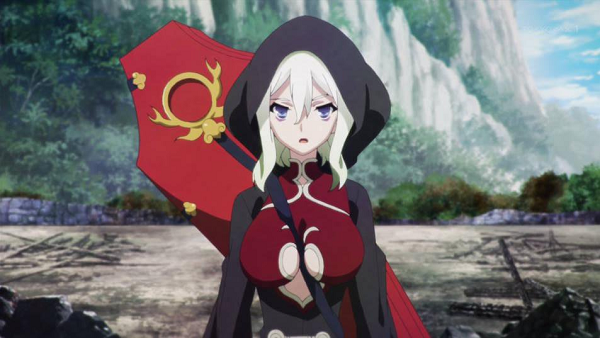 The opposite of kyonyuu, tsurupeta refers to both flat chests and girls with flat chests. Touhou fans might be familiar with this "flat-chest song":

Other slang for flat chests: 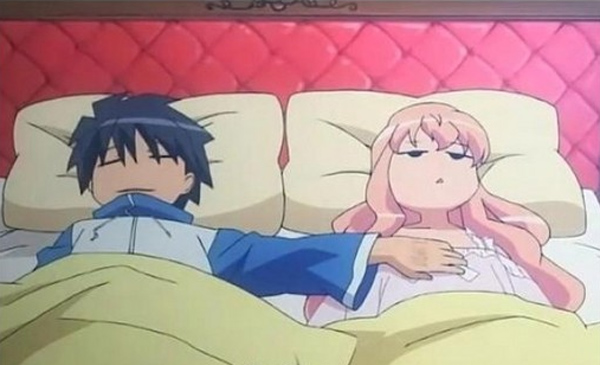 Fans of the DFC (delicious flat chest) have no need to worry; there is no end of flat-chested characters in anime! Tsundere characters like Louise often possess this trait.

Literally translating to "valley hole", this term refers to any inexplicable openings or cuts in a character's clothing that reveals the character's cleavage...valley. This is also known in English as "cleavage window". 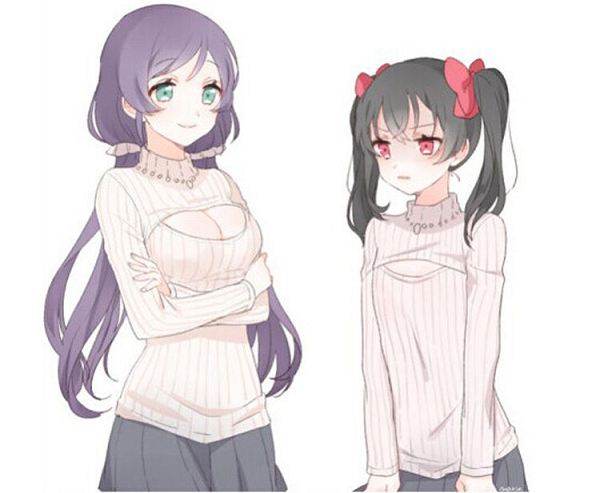 The most famous example is not in any specific anime, but these keyhole sweaters that took the internet by storm.

This is another slang that has a direct English equivalent: underboob!

Not only does Harribel display underboob, but she also has a tanima hole under her underboob!