Popeye had his spinach. Anime has.. well, some more interesting power sources. Some anime powers are drawn from things that make sense: elements, emotions, plain old magic. But a few others need a bit more explaining, to say the least. Here are some of the weirdest anime power sources we could find.

From: Seikon no Qwaser (The Qwaser of Stigmata) 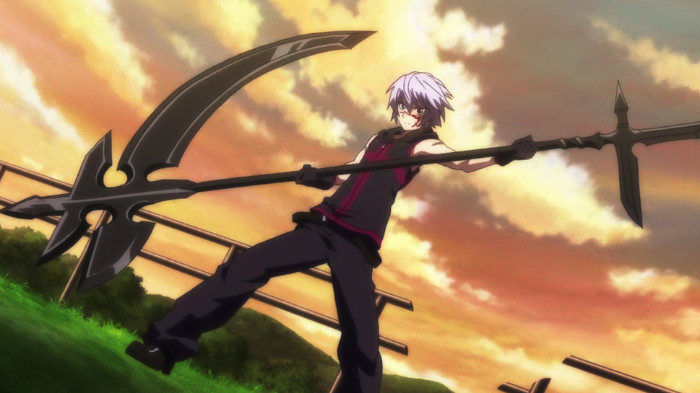 Let's just get this one out of the way right now: the characters of The Qwaser of Stigmata get their powers from drinking breast milk. Or rather, breast "essence" that can only be drawn from the breasts of beautiful women. The pretty young Mafuyu discovers this for herself one day when she is faced with the dilemma of being murdered, or letting a mysterious man suck on her breasts, because "science." We suppose anything is worse than death, and things turn out much better than real life would have you believe. Still, this anime definitely takes the milky delicious cake for having one of the strangest anime power sources of all time.

From: Yamada-kun to 7-nin no Majo TV (Yamada-kun and the Seven Witches) 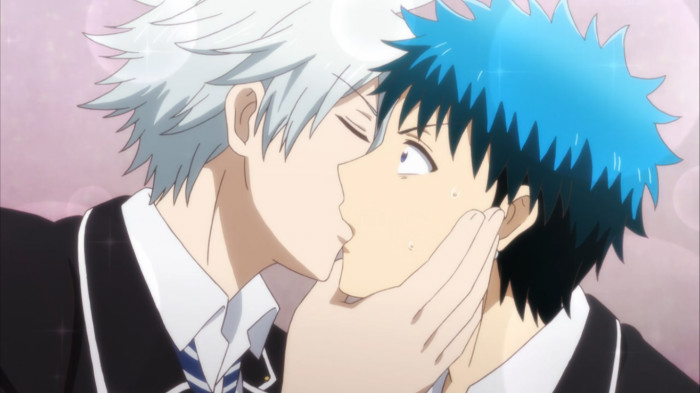 Covering all the bases… just in case.

Who knew something as innocent as a kiss could create so much trouble? The characters in Yamada-kun and the Seven Witches find out that a kiss has much more meaning when they realize that kissing can grant them special powers. For Shiraishi and Yamada, a kiss awakens the power to switch bodies (lucky Yamada, right?). But what about the other legendary kiss-powered witches? What powers could a kiss possibly grant? 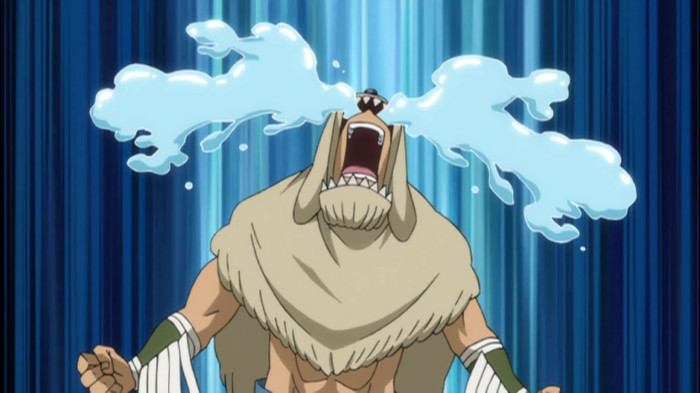 The aptly-named Warcry has one of the best and worst power sources in anime: his own tears. By crying, Warcry can activate his powers to cast spells, and to grow stronger. "Tear magic" might be useful for its ease of use (after all, you can never run out of your tear supply), but there's something anticlimactic about having an epic showdown fight while crying uncontrollably. 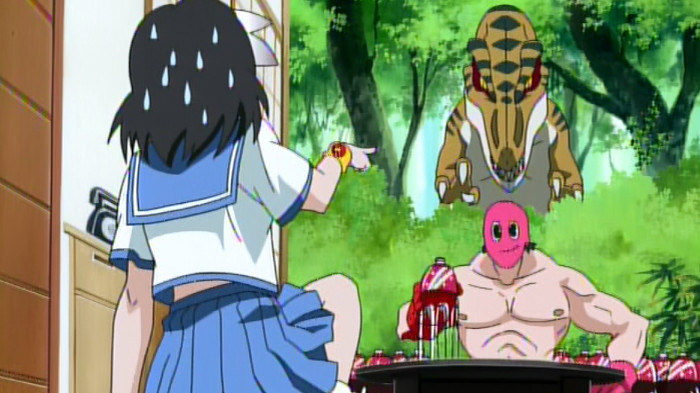 Nothing out of the ordinary here.

Anime being anime, you probably expected to find this somewhere on the list. Strangely enough, this power isn't activated by seeing someone else's panties (though there are variations on that theme already in existence), but rather by wearing a pair of lucky panties. Titular protagonist Fubuki rises through the ranks of arcade gamers thanks to the power of her Passion Panties, because girl gamers need some sort of perverted gimmick or they might actually be taken seriously.

From: Banana no Nana 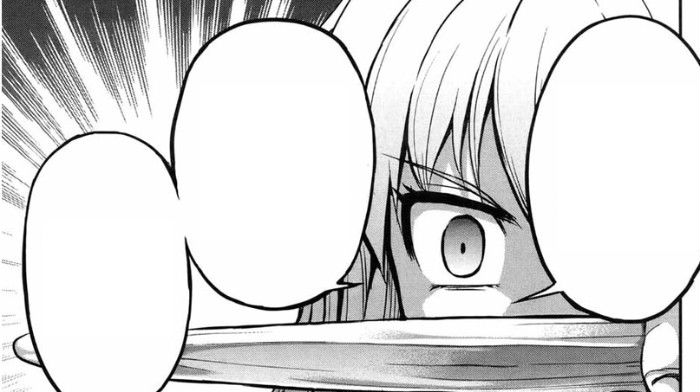 "In my hands a banana can be any type of weapon!! ...I can now control the size, weight and hardness of bananas." We can only think of about one instance where that might be useful.

While not technically an anime, we just couldn't overlook this one. In a world of super-powered humans, Nana has one of the most useless powers ever. Her power comes from… bananas. Yep, she has the power to magically control bananas. It's definitely a disappointment, but there are worse foods to get your powers from. We already mentioned spinach. And at least Nana doesn't have to eat a vegetable she hates in order to get her powers.

From: Getsumen To Heiki Mina 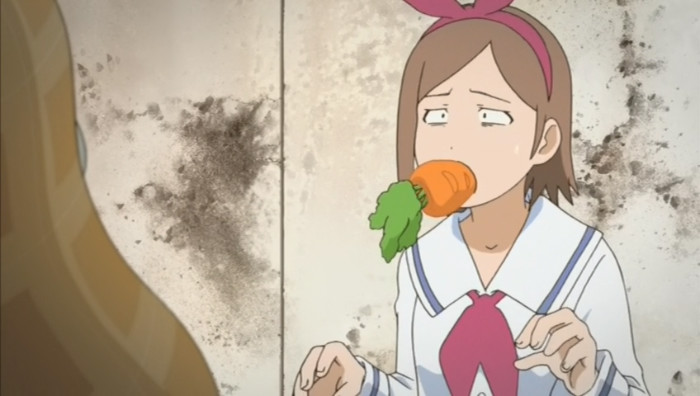 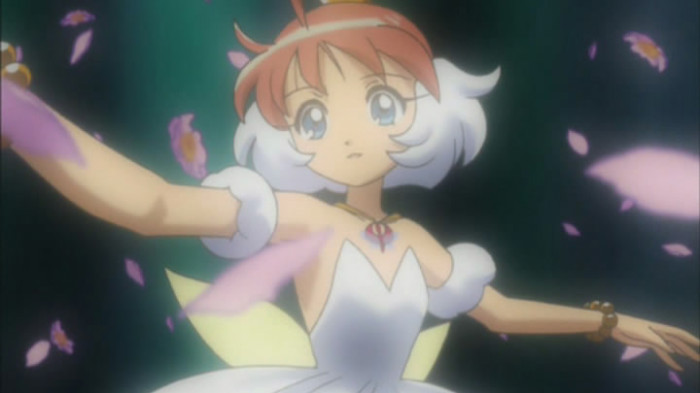 Music is power, and she's never gonna let you down.

Music is a powerful ability to have. Even in the real world, music can give people the power to make others feel, move, and more. Princess Tutu takes this a step further by giving the protagonist magical ballet powers. In her magical girl persona, Princess Tutu has the power to relieve the turmoil in people's hearts through her dancing. It sounds like a ridiculous premise, but manages to play out as a beautiful anime. 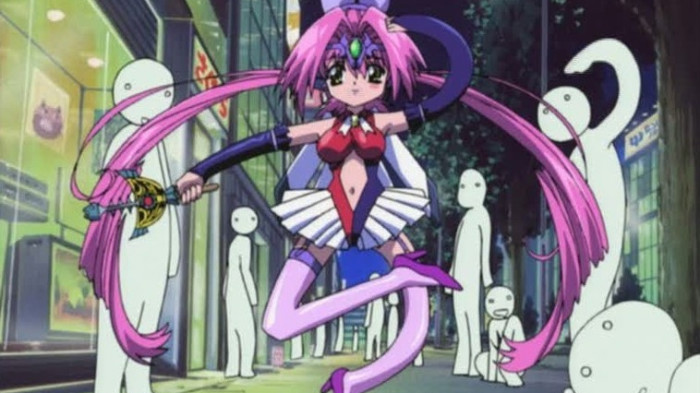 Poemi's fish grants her the power to confuse everyone watching.

When the world is in danger, Poemi (or Kobayashi, as she calls herself) is the last person the world would call. The fast-talking, nonsense-spouting gag character is not exactly hero material. Of course, her source of power is fittingly ridiculous for her anime: a dead fish. To transform, Poemi grabs a talking fish, skins it, and uses it as a magical wand. It makes just as little sense in context.

From: The Law of Ueki 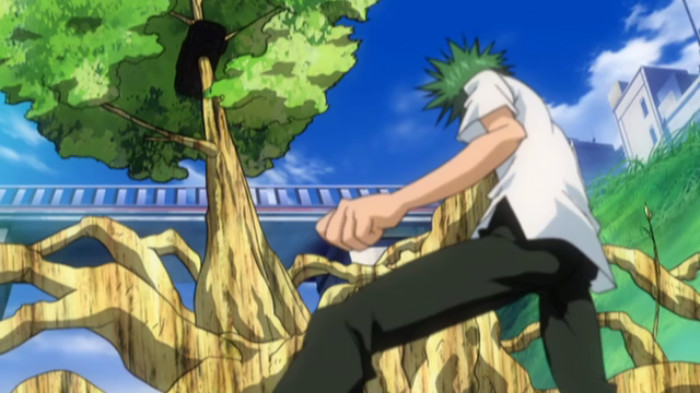 I swear that tree wasn't there a moment ago, officer!

Ueki has one of the most unique powers in anime: he has the power to transform garbage into trees. This power is both awesome and lame, depending on which side of the Tree Hugger movement you're on. Still, the ability to turn trash into a living thing is not a power to scoff at, even if it does seem… pretty useless in the long run. 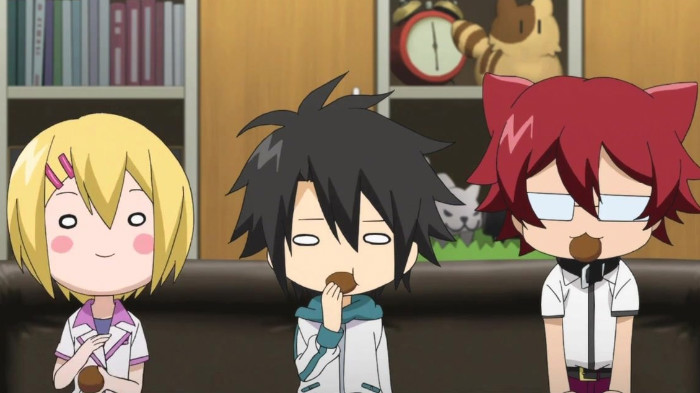 Hair is not an unusual power source on its own, tracing its roots all the way back to Samson of Biblical times. But part wolf Hiroshi Inaba uses hair a bit differently for his power: he eats it. Well okay, he tastes it. Simply tasting some hair gives him a wealth of information about the person who it came from. This… can actually be quite useful, if you don't mind being labeled a freak. Inaba definitely lets all the hair-tasting go to his head. 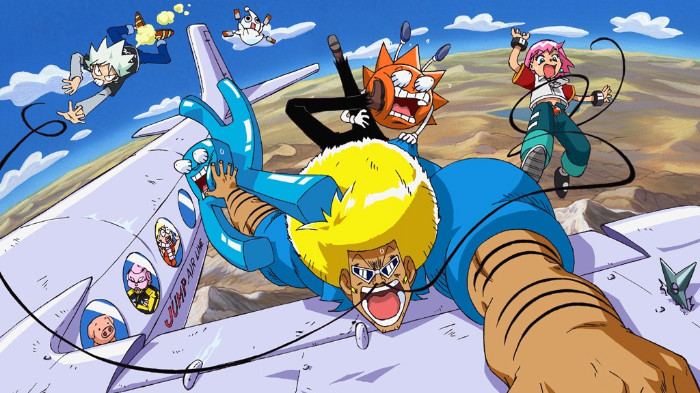 Speaking of hair, we can't possibly write this article without including Bobobo, the nose-hair powered superhero (of sorts). Bobobo's power stems from his nose-hairs, which he uses to fight. No baddie's a match for Bobobo's nose-hair-fu, definitely not a martial art we just made up.